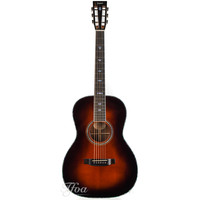 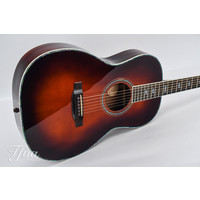 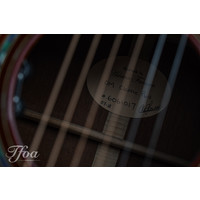 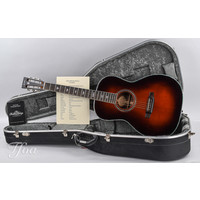 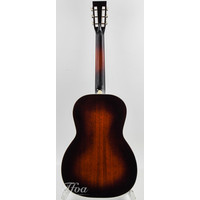 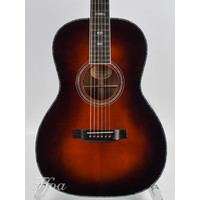 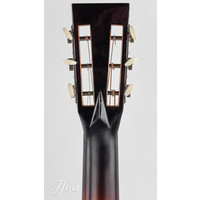 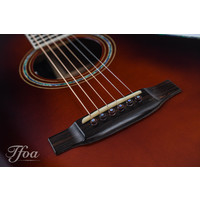 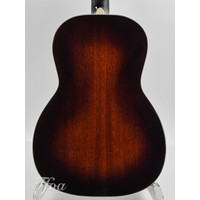 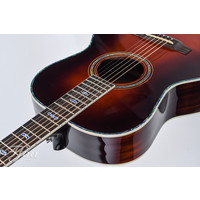 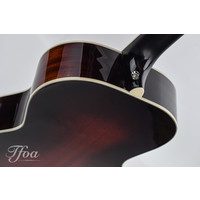 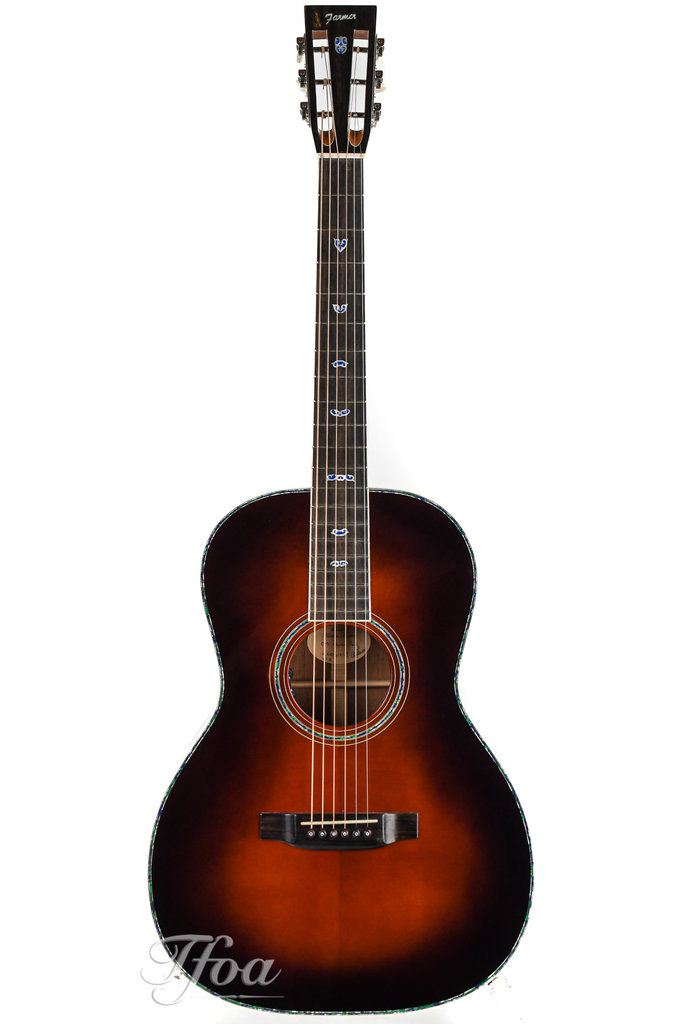 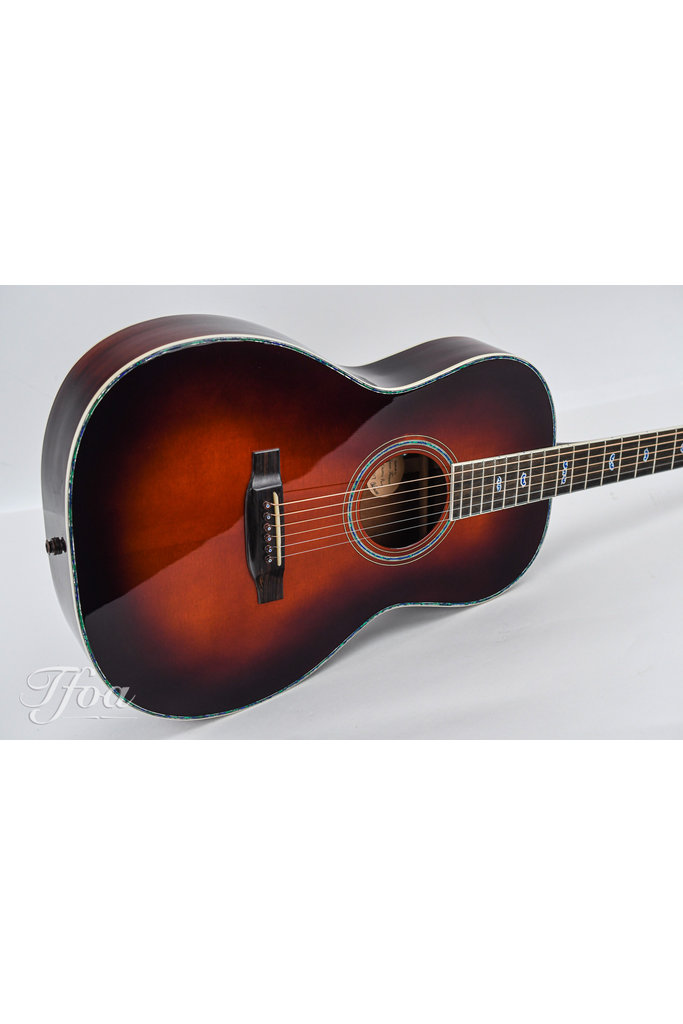 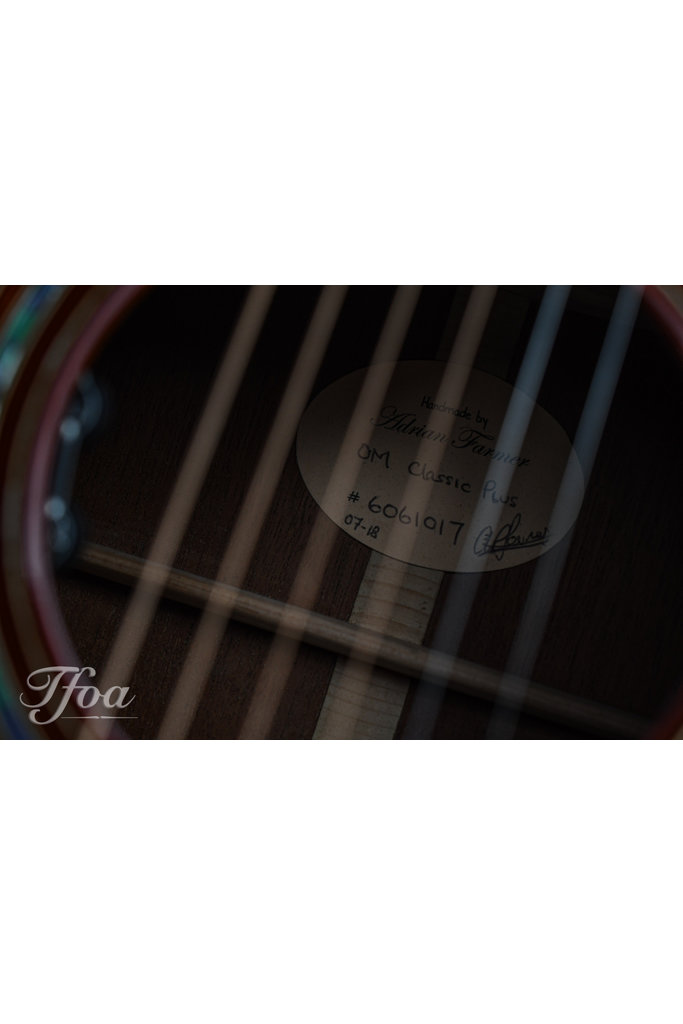 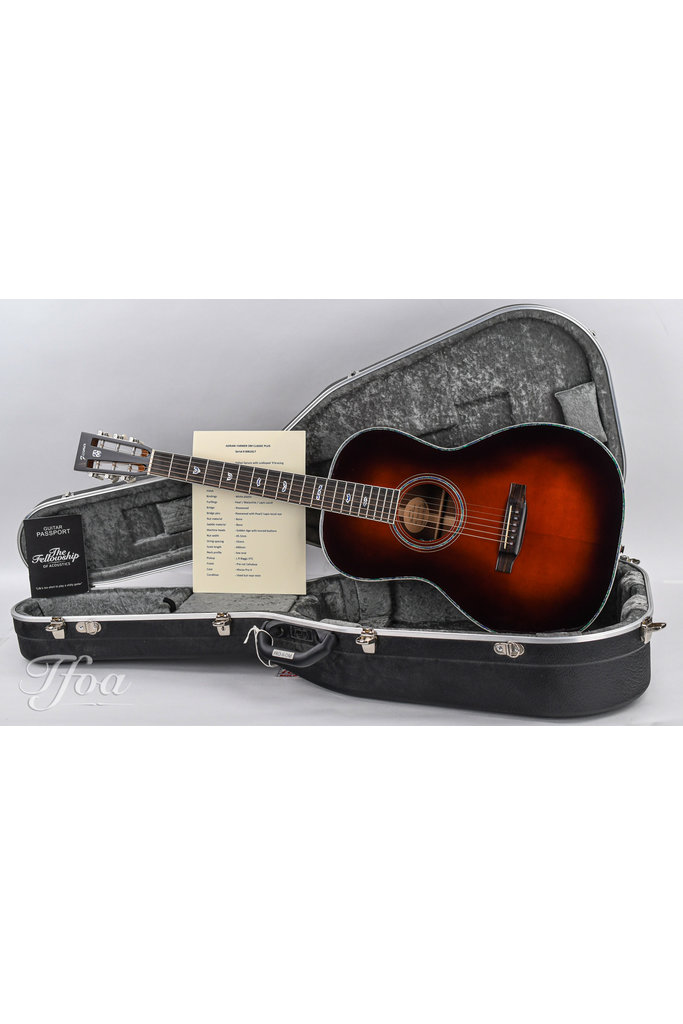 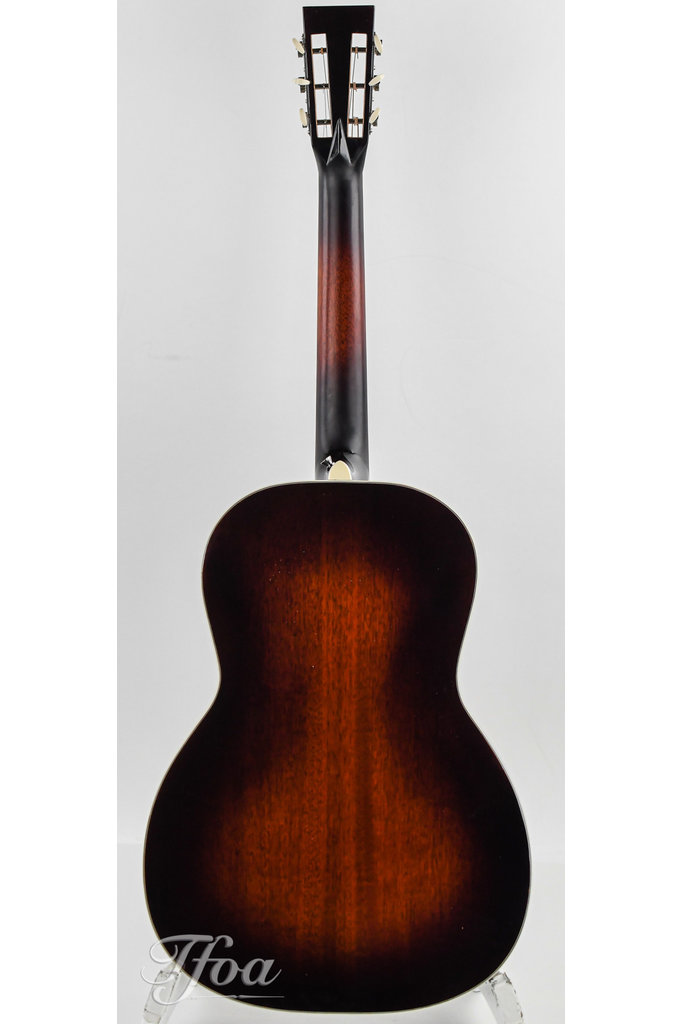 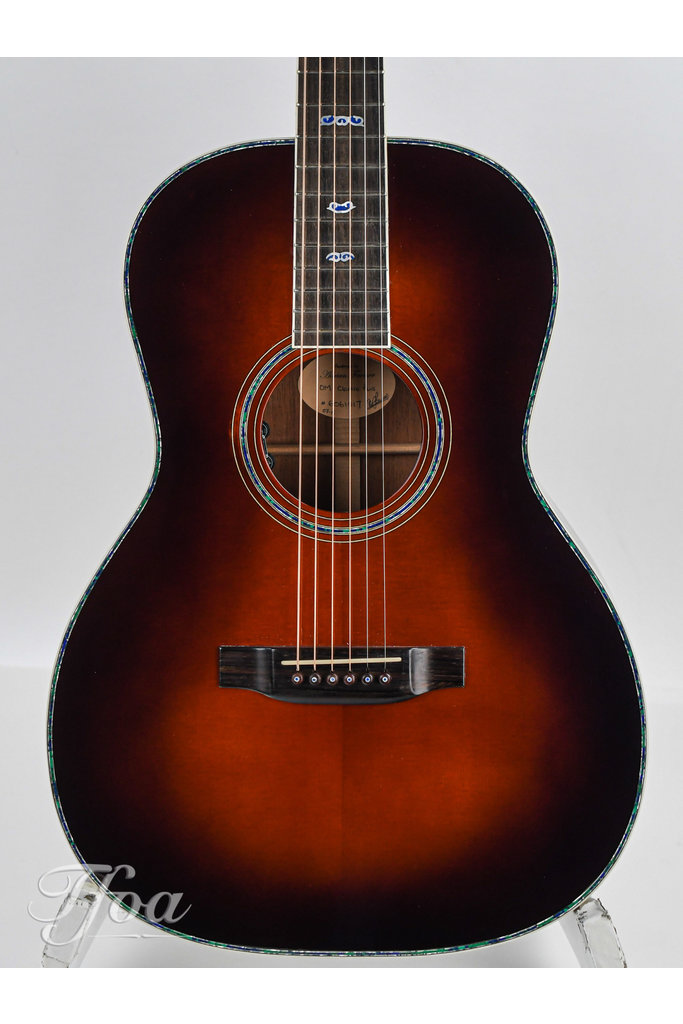 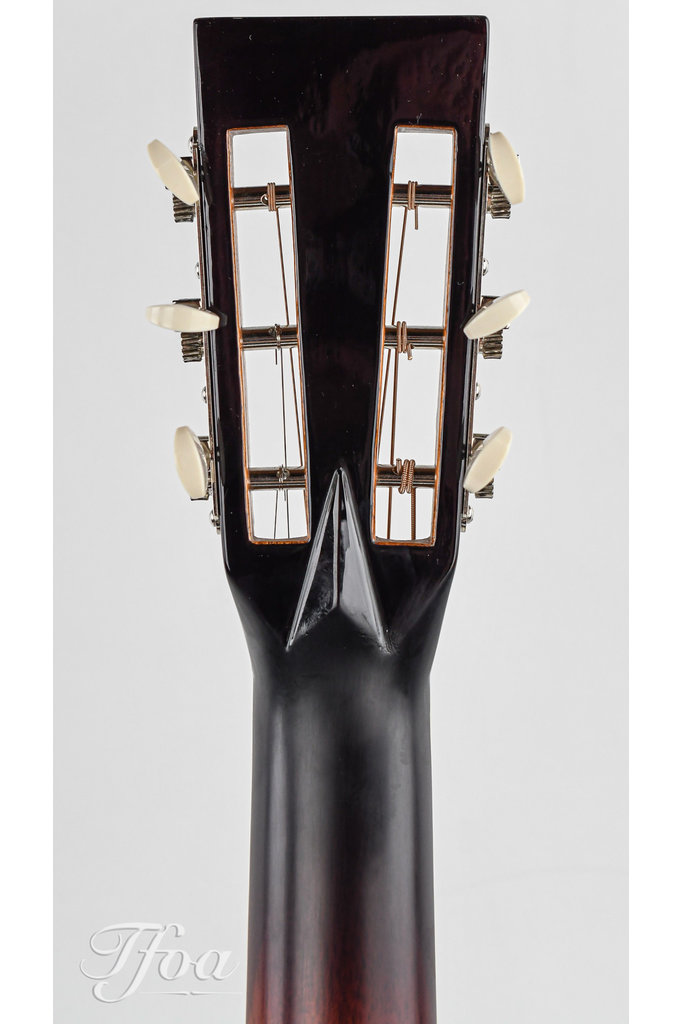 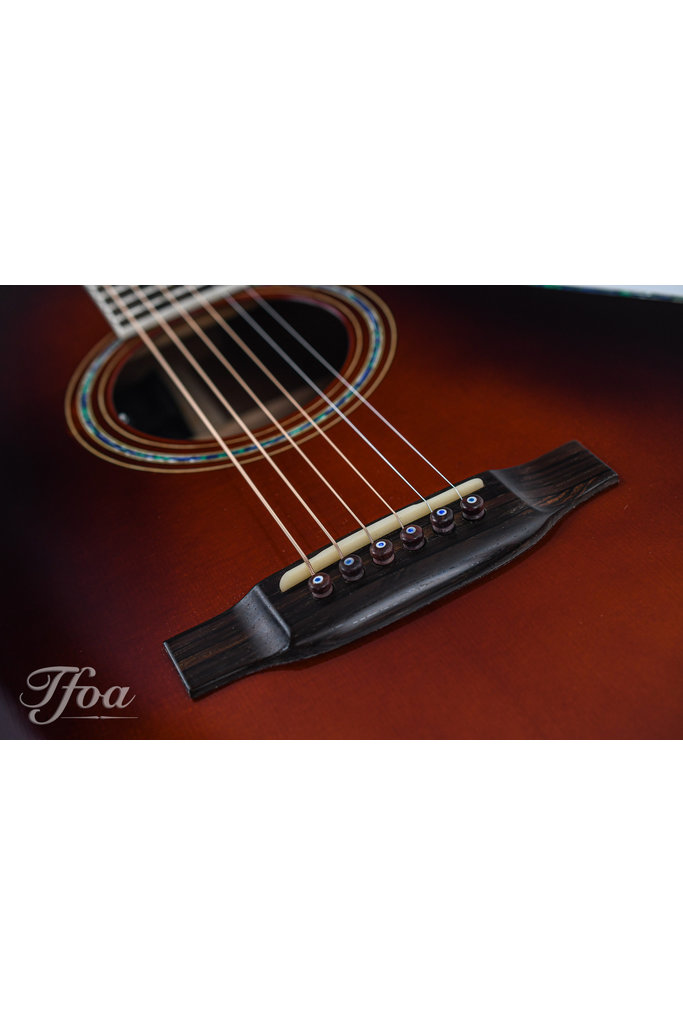 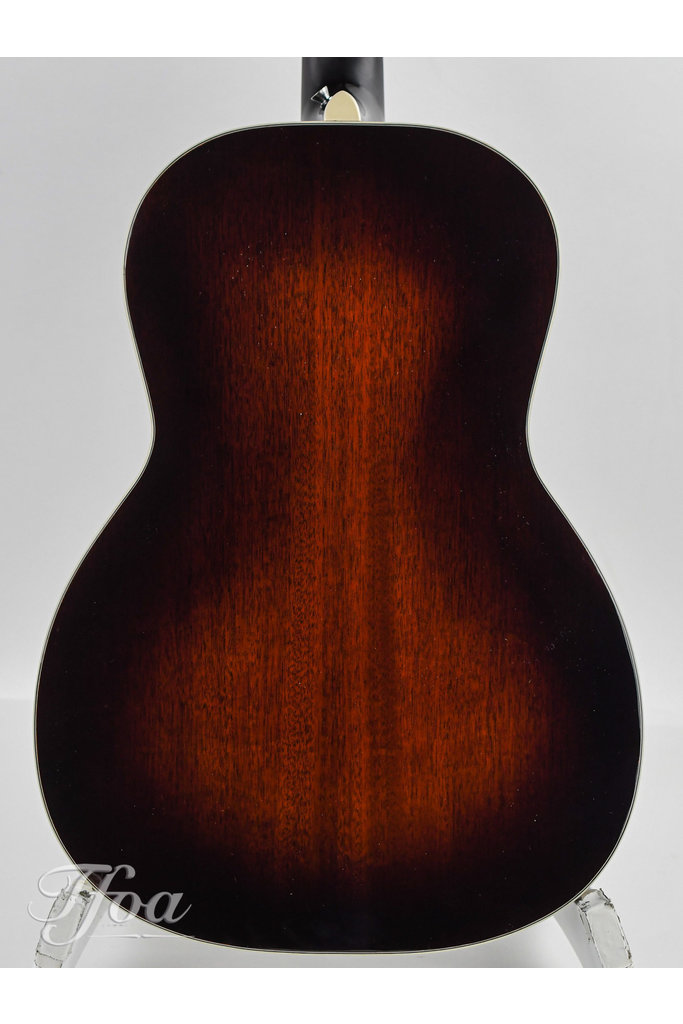 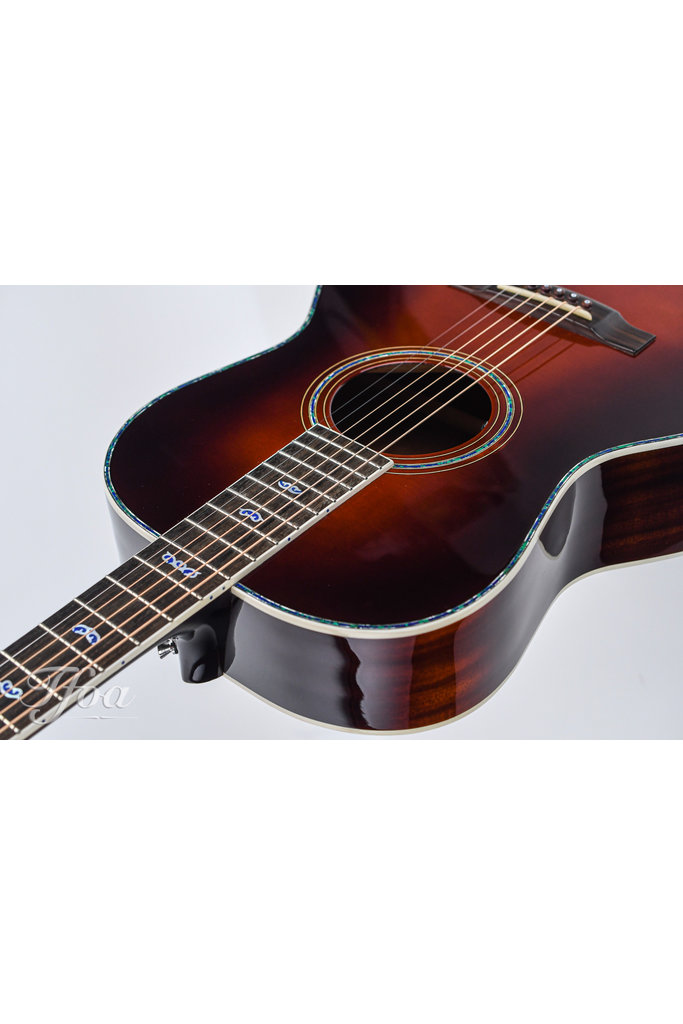 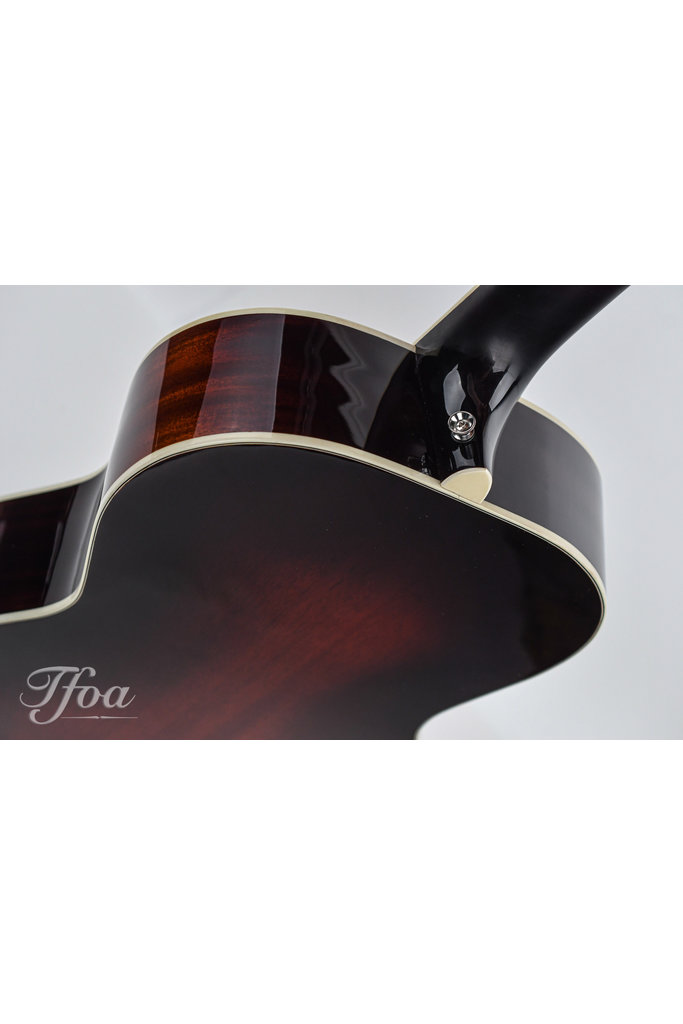 €3.199,00
Preise sind incl. 0% MwSt.
This 000-12 fret was built by Adrian in 2017 and is an example of his craftsmanship. The top is made of the famous Italian spruce, also known as moonspruce, and often referred to as Stradivari spruce
Meer informatie en specificaties
: Auf Lager

Adrian Farmer has been making guitars, mandolins, resonator guitars and other stringed instruments since 1983. Among his clientele are famous artists such as John Paul Jones of Led Zeppelin, and Paul McCartney. Nowadays Adrian is mostly found in our repairshop as a senior repairman and we are very happy to have him! Adrian is not only a great repairman, but also a luthier, and from heart an artist who is intrequed by inlay works, which is reflected in this guitar.

This 000-12 fret was built by Adrian in 2017 and is an example of his craftsmanship. The top is made of the famous Italian spruce, also known as moonspruce, and often referred to as Stradivari spruce. One of the rarest tonewoods on the planet, only found in 'Val di Fiemme',  moon spruce because it's cut only at full moon in Autumn, and Stradivari spruce because Stradivarius used it for his world famous violins in the 17th century. Val di Fiemme wasn't that far from Cremona. It's by far the clearest and most intense sounding spruce, and that is exactly how this guitar sounds like, strikingly warm, clear and intense. If you are a fingerstyle player, this is a relief, every tone comes through intensely and you hear the exact properties of the wood.

Back and sides are made of South American Mahogany which adds warmth and softness. Mahogany and spruce is style 18. But the beautiful trim and rosette inlay are style 40, in this case the combination of pearl and Malachite and Lapis Lazuli is a unique custom deluxe style 40.

The fingerboard and bridge are made of ebony, just like the peghead overlay. In our opinion, the beautiful inlay is unique. we have never seen the Combination of Pearl, Malachite and Lapis Lazulli. Worth mentioning is also that the bracing is made of Italian spruce as well. We sell this Adrian Farmer as 'used' in 'Near mint' condition. And comes with Hiscox case. 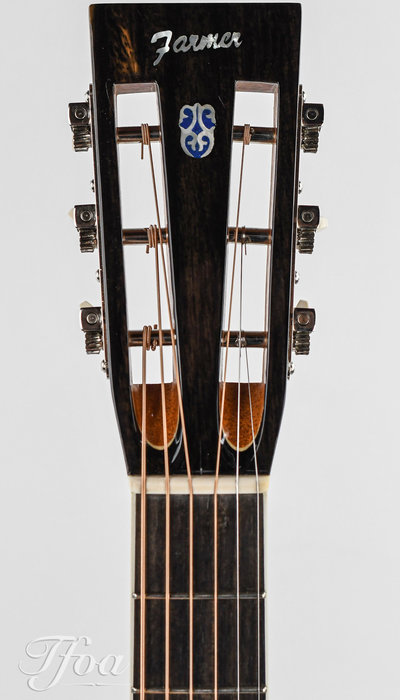