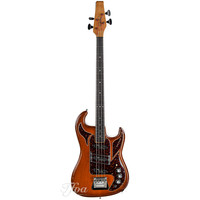 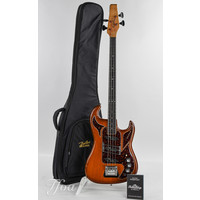 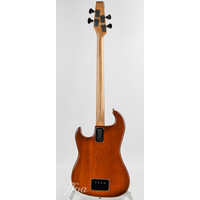 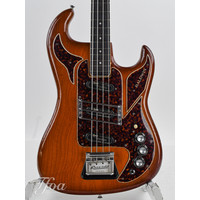 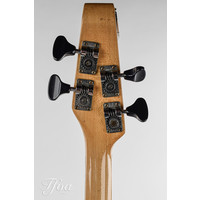 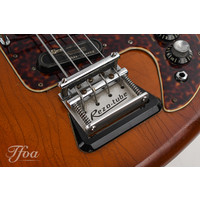 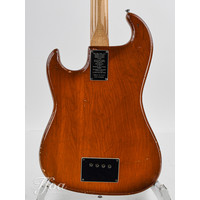 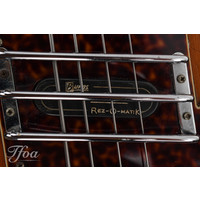 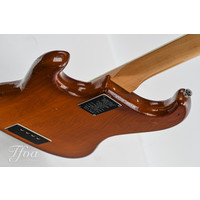 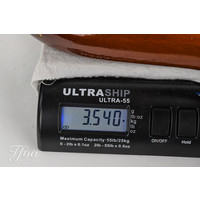 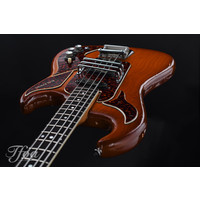 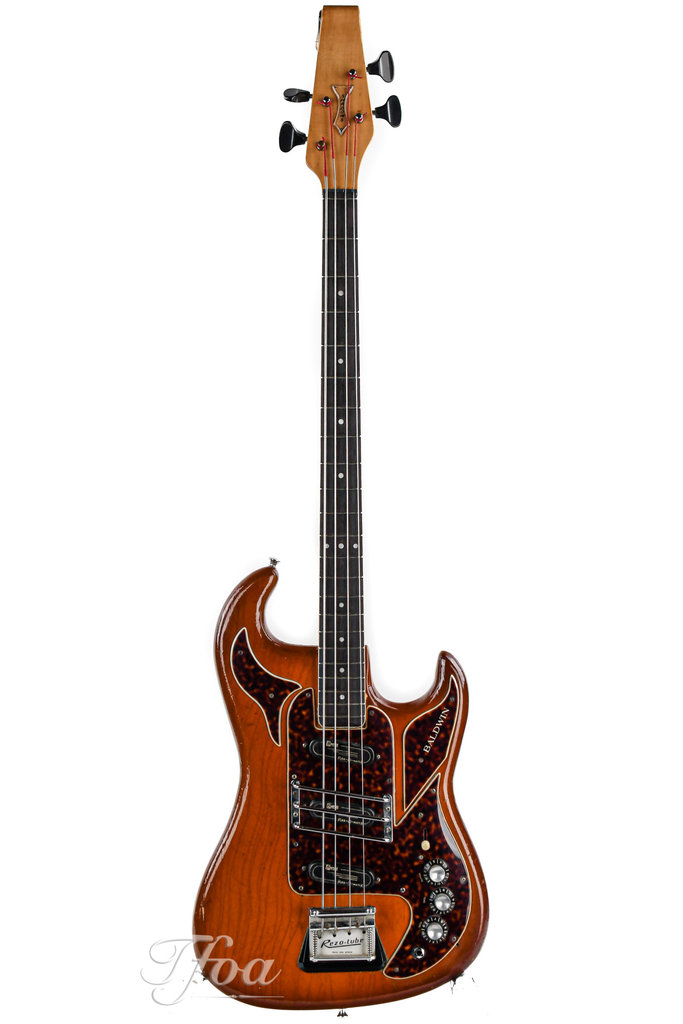 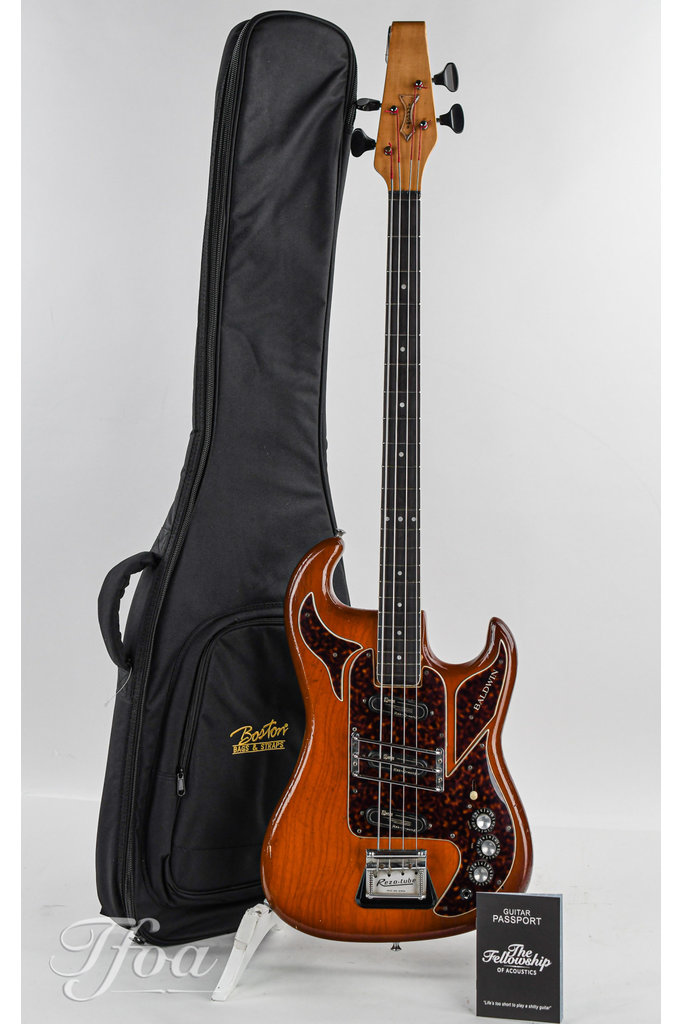 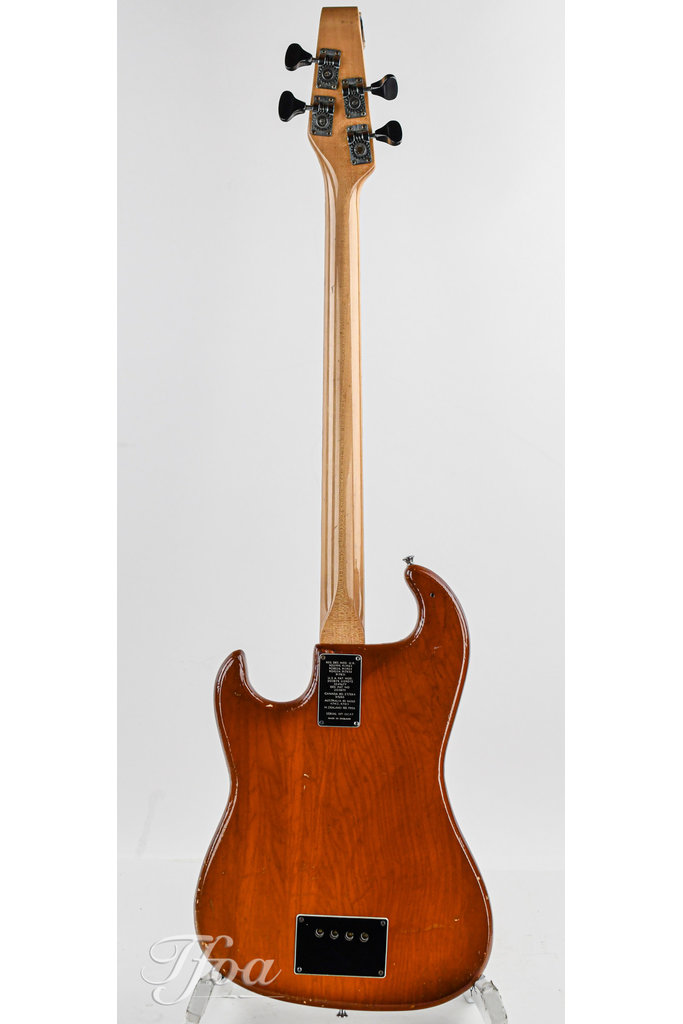 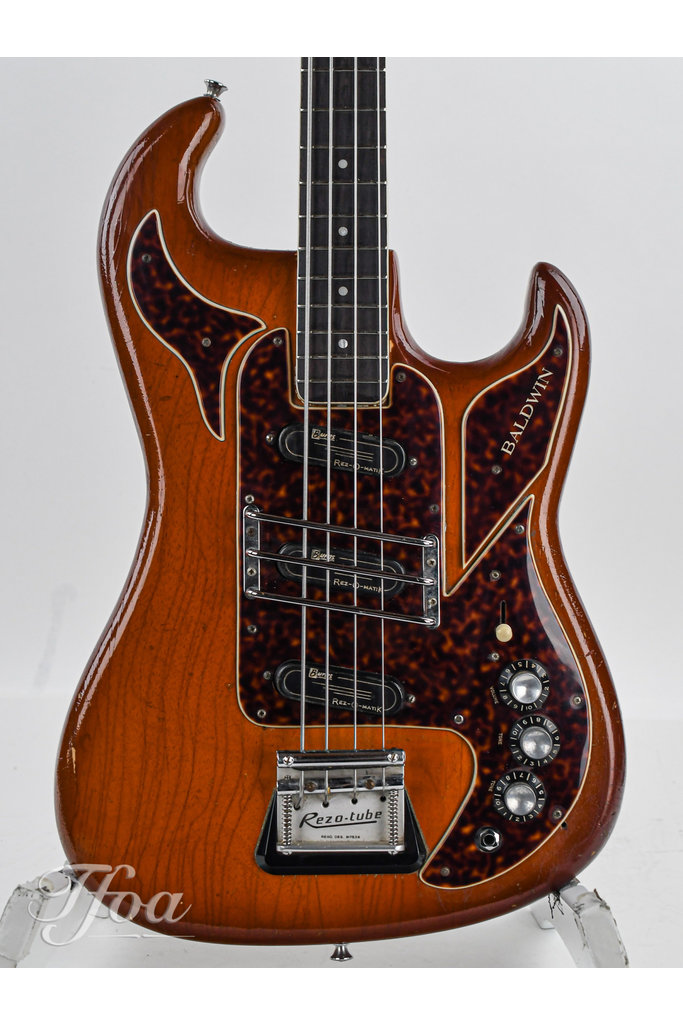 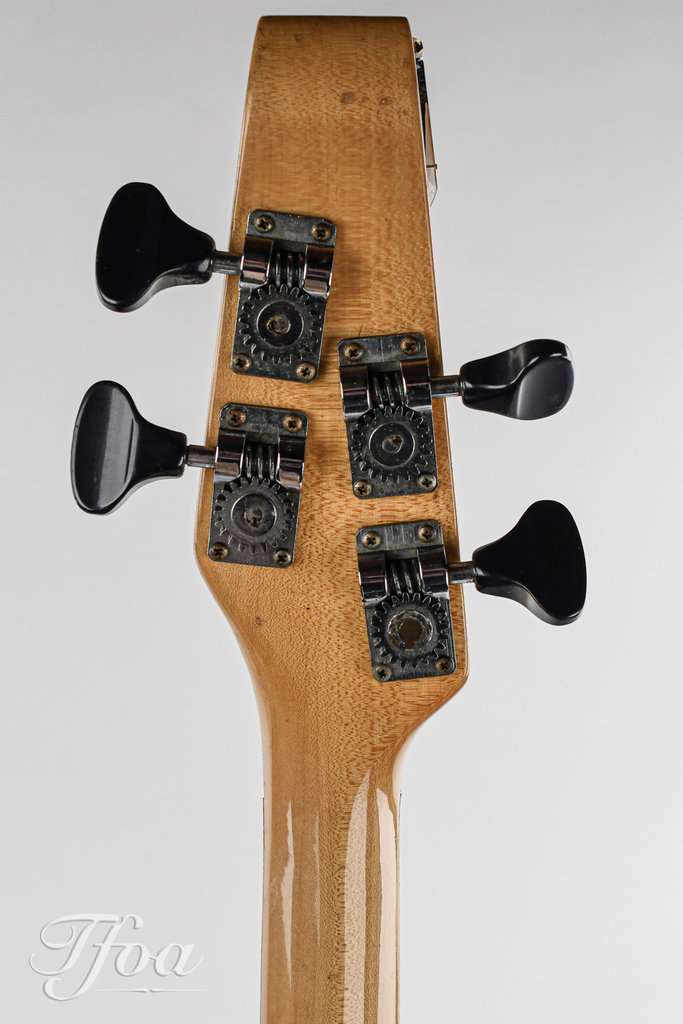 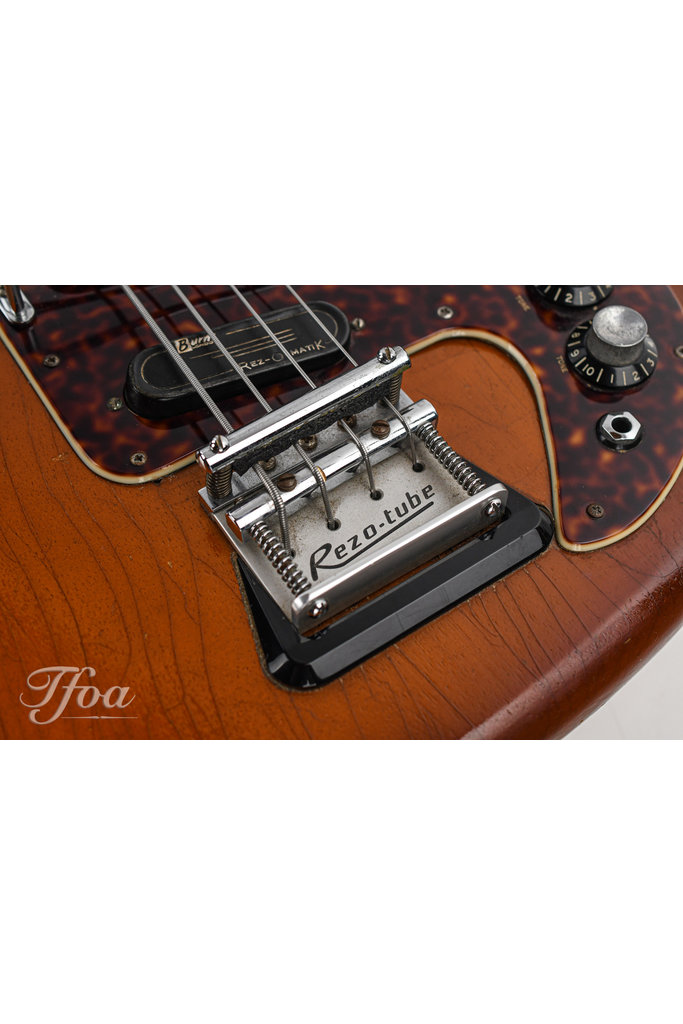 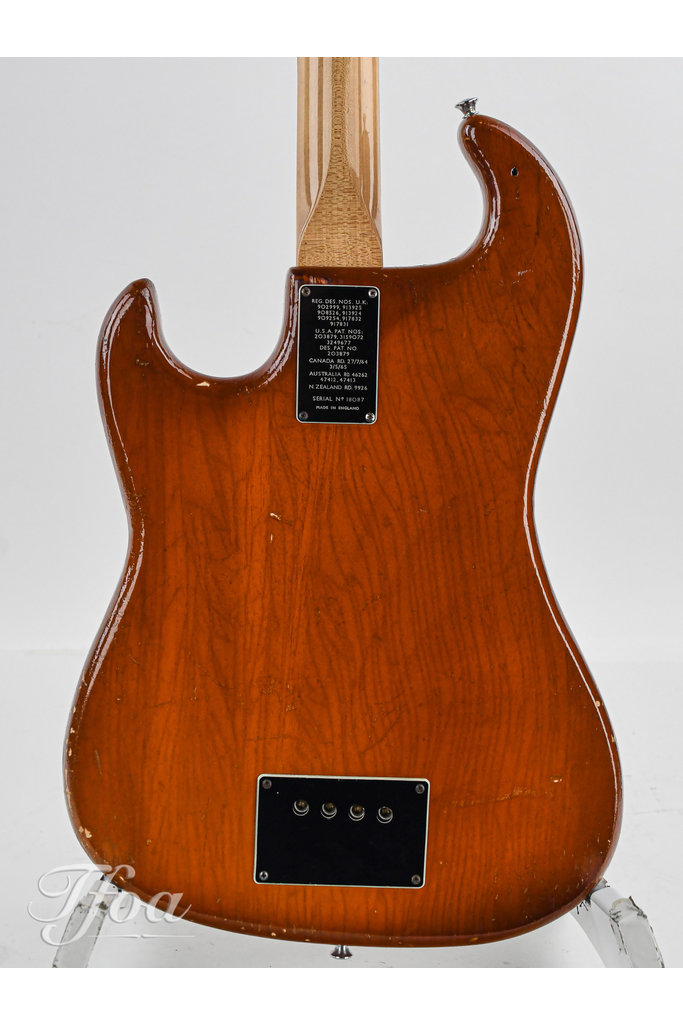 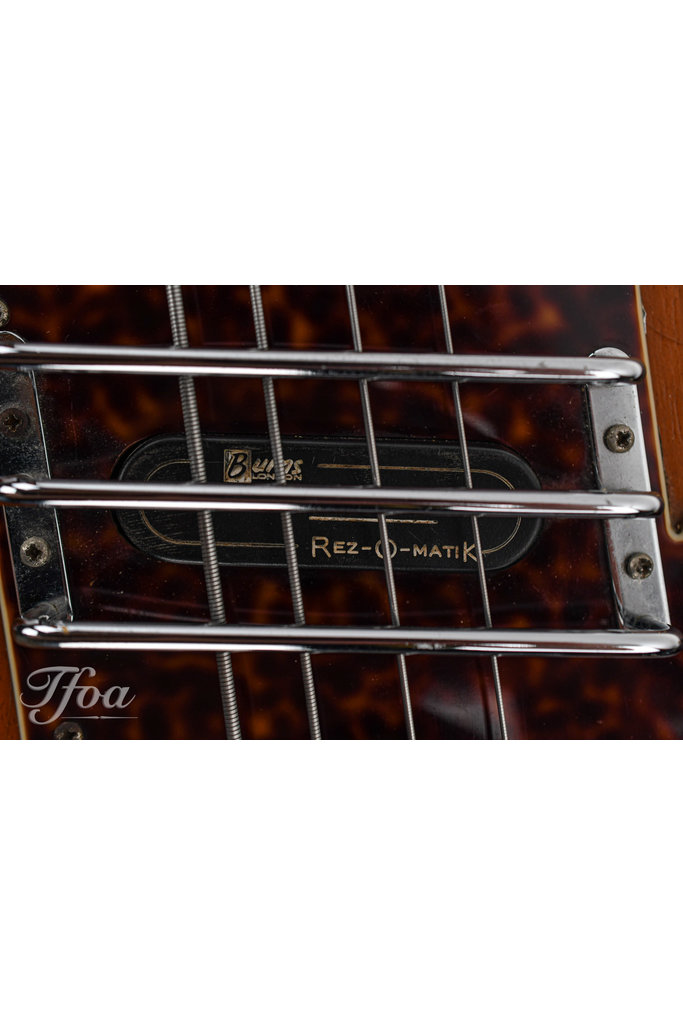 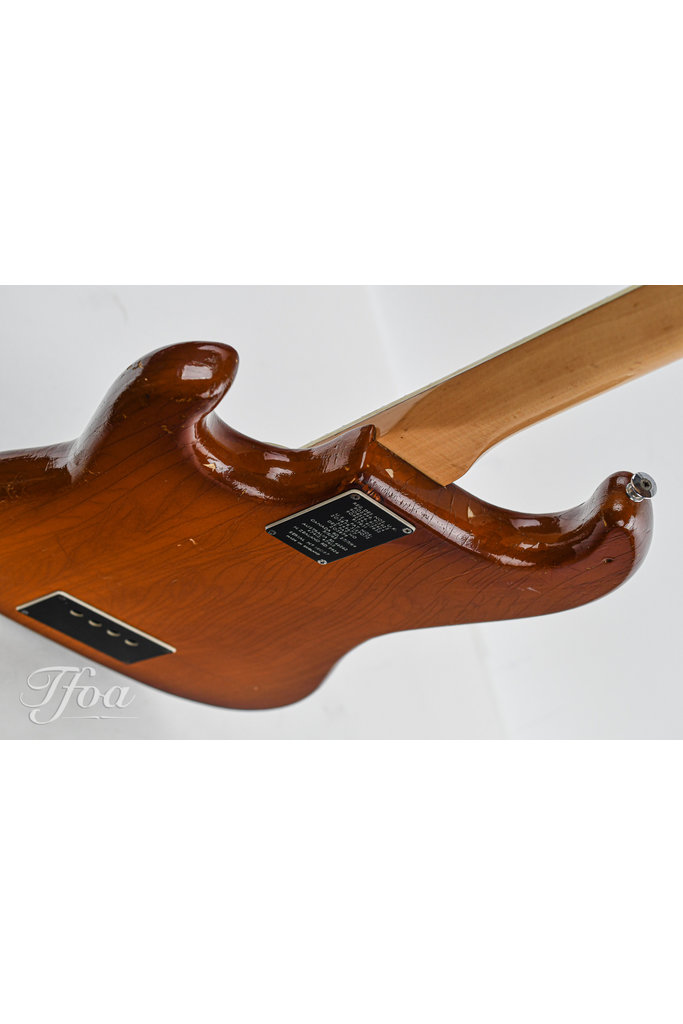 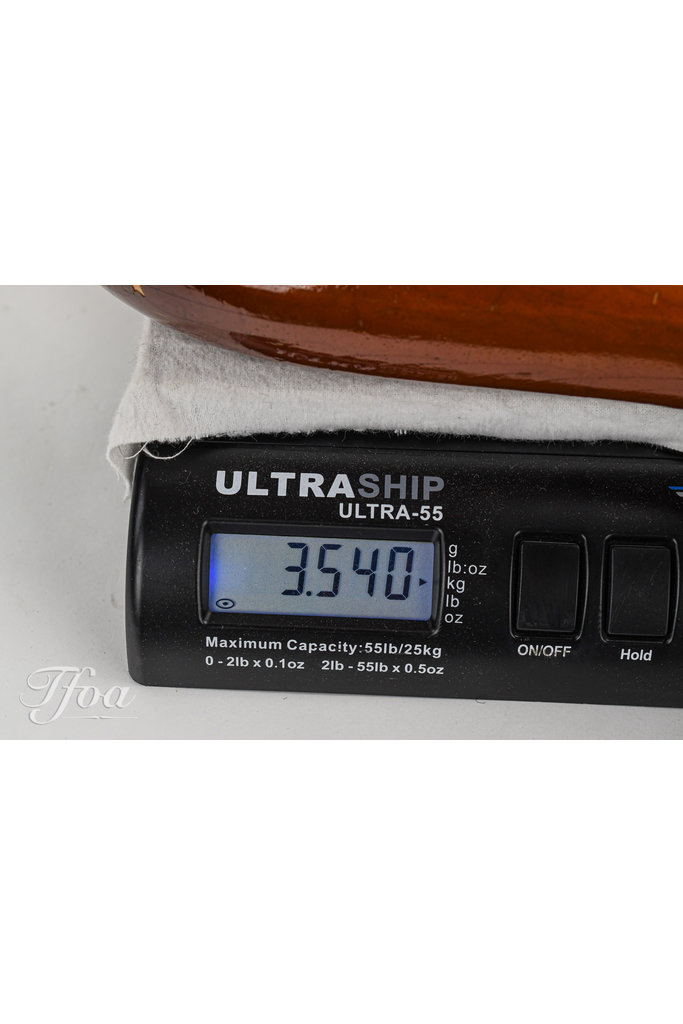 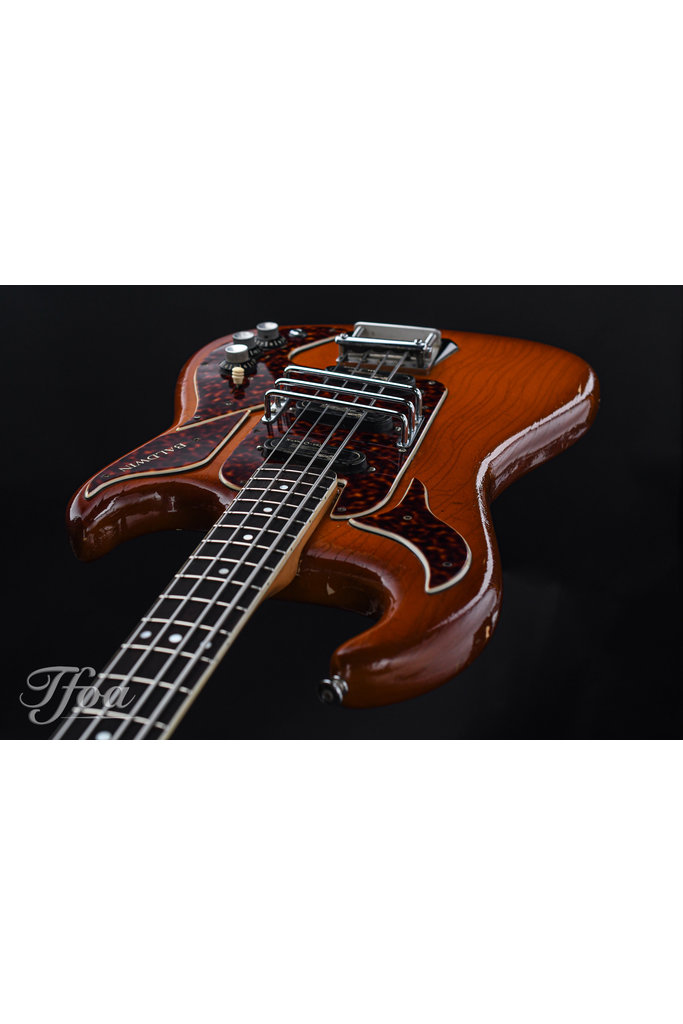 Baldwin Burns Shadows Bass Model 528 from 1966/67. It was only ever built in fairly small numbers and thus they are very scarce these days. After September 1965, when the American Baldwin piano and organ company took over Burns' operation, the model remained in limited production until the late '60's, but many features were changed in mid-1966 when Baldwin 'standardized' the line. This late ’66, early ’67 Baldwin example uses the "flattened" scroll headstock introduced in mid-1966, "Rezo-Tube" bridge,  "Rez-o-Matic" pickups, simple Strat-like wiring with a 3-way switch, master volume and 2 tone knobs which are replacement push-pull pots. Condition is excellent, finish looks genuine and old but is a refinish, expected signs of use and wear for it's age, pickguard has been repositioned leaving several screw-holes beneath the pickguard, one screw-hole on the back of the upper horn. 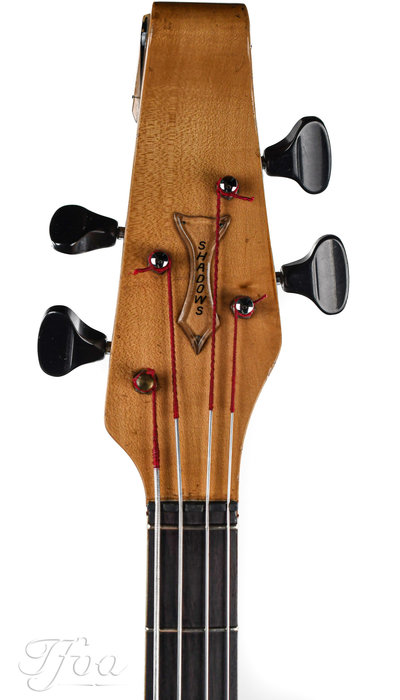