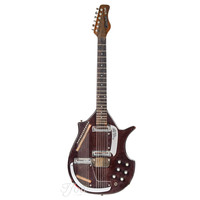 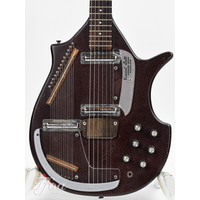 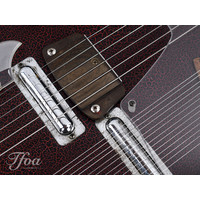 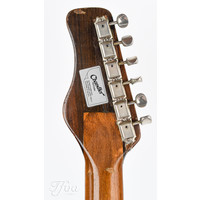 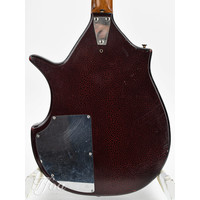 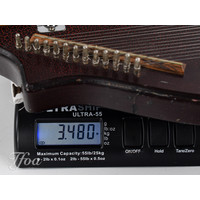 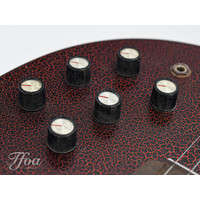 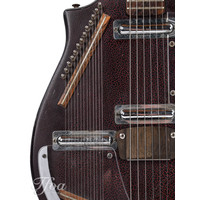 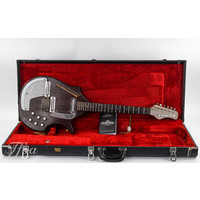 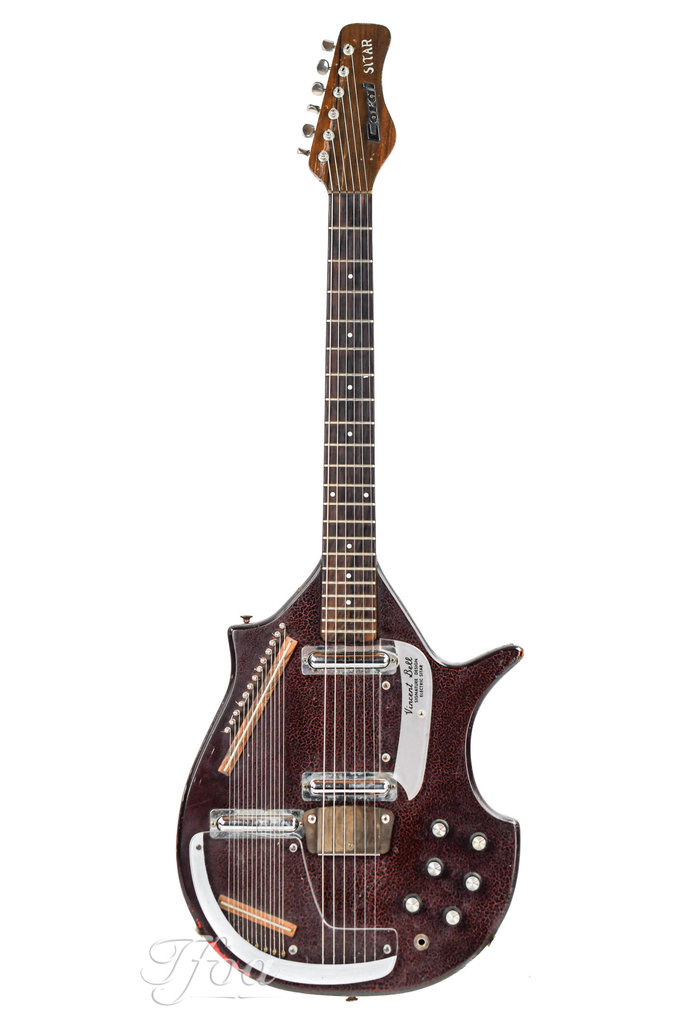 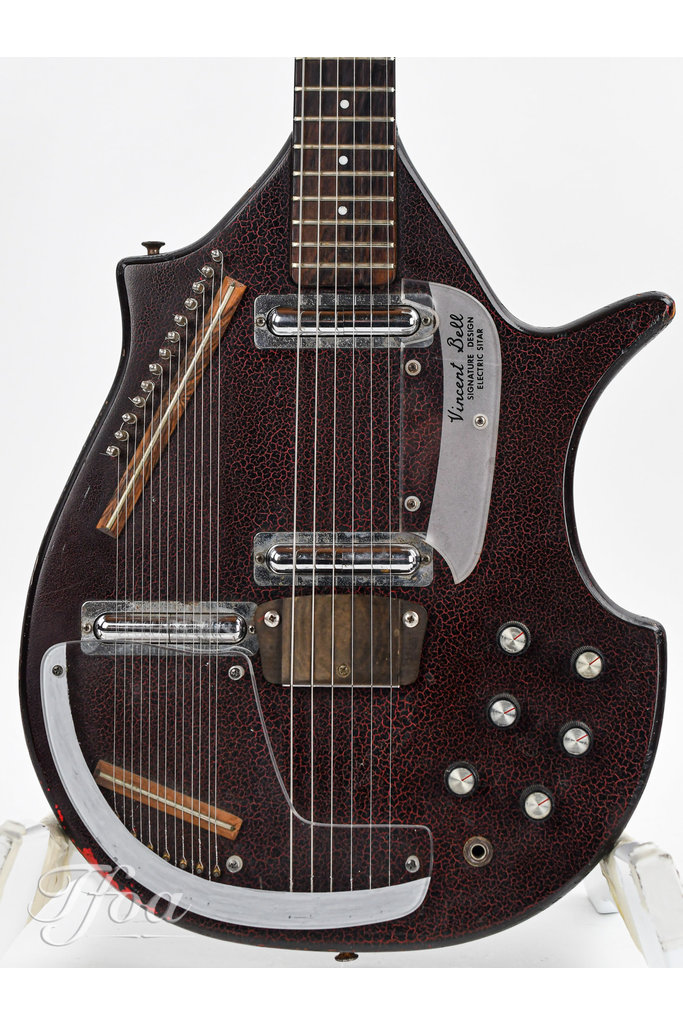 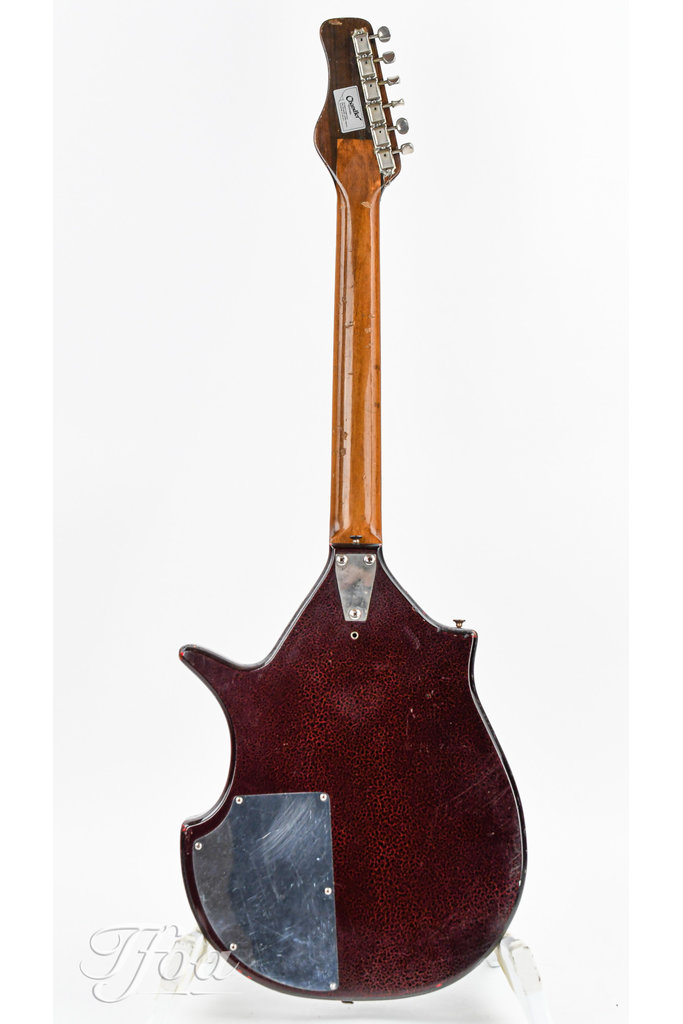 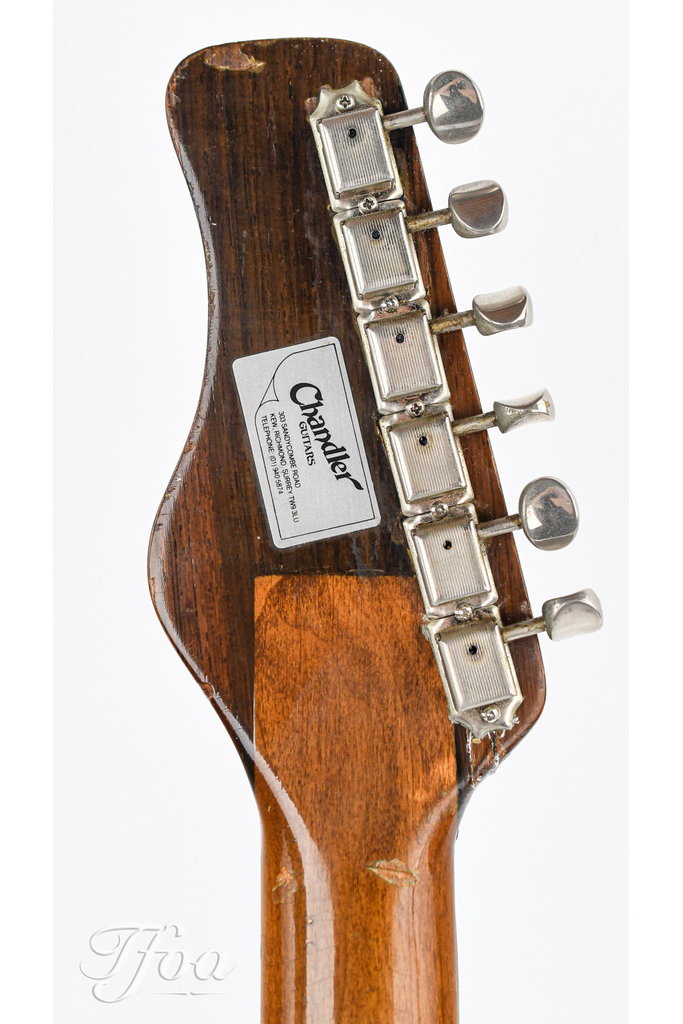 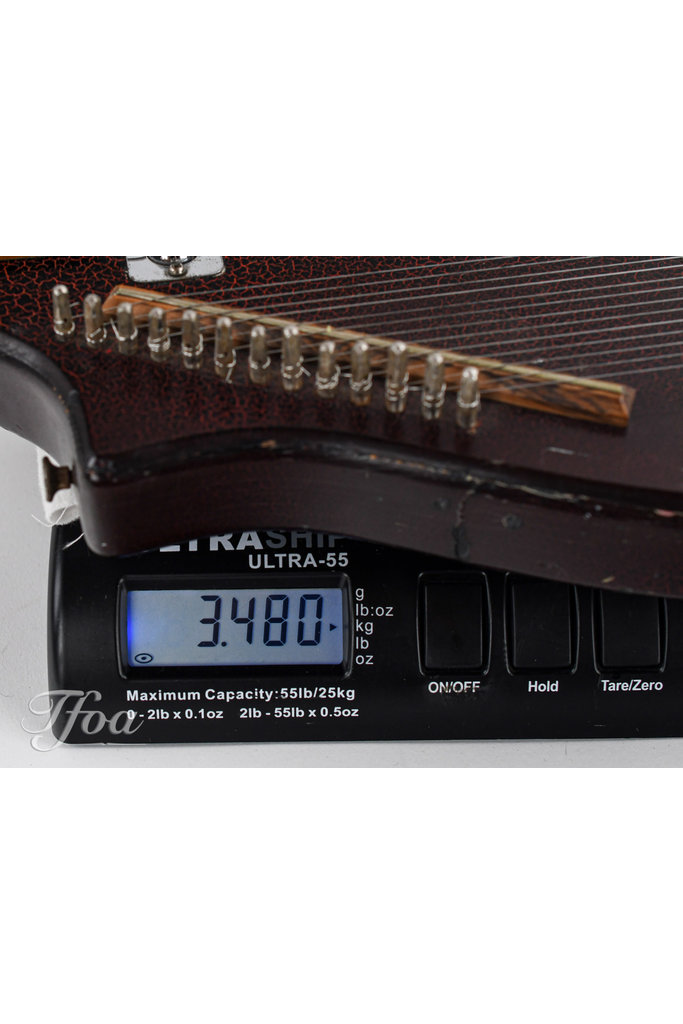 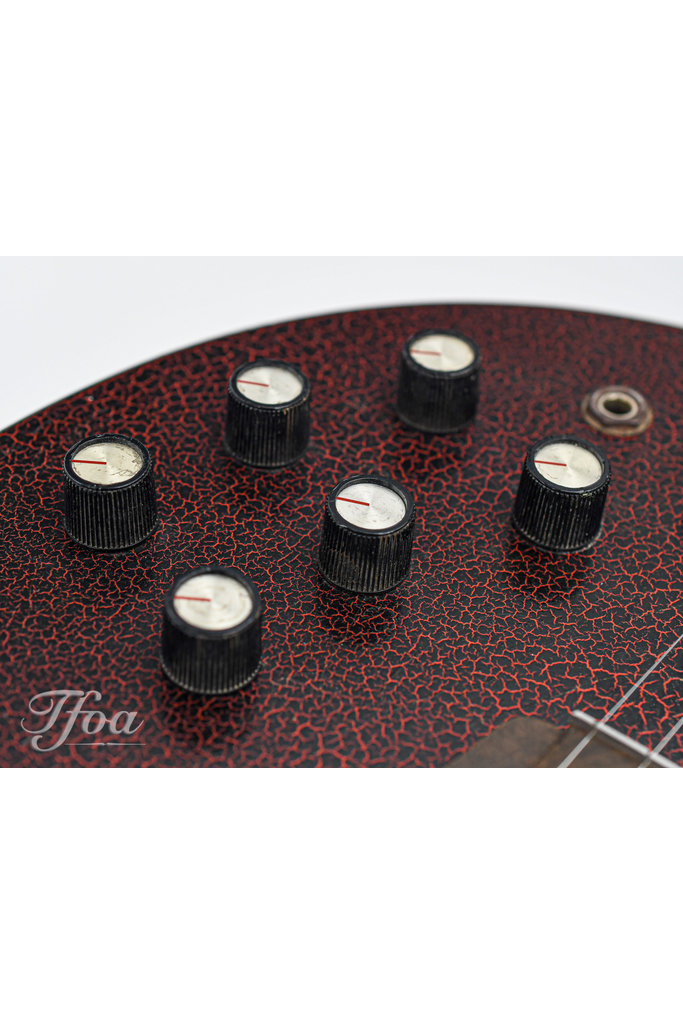 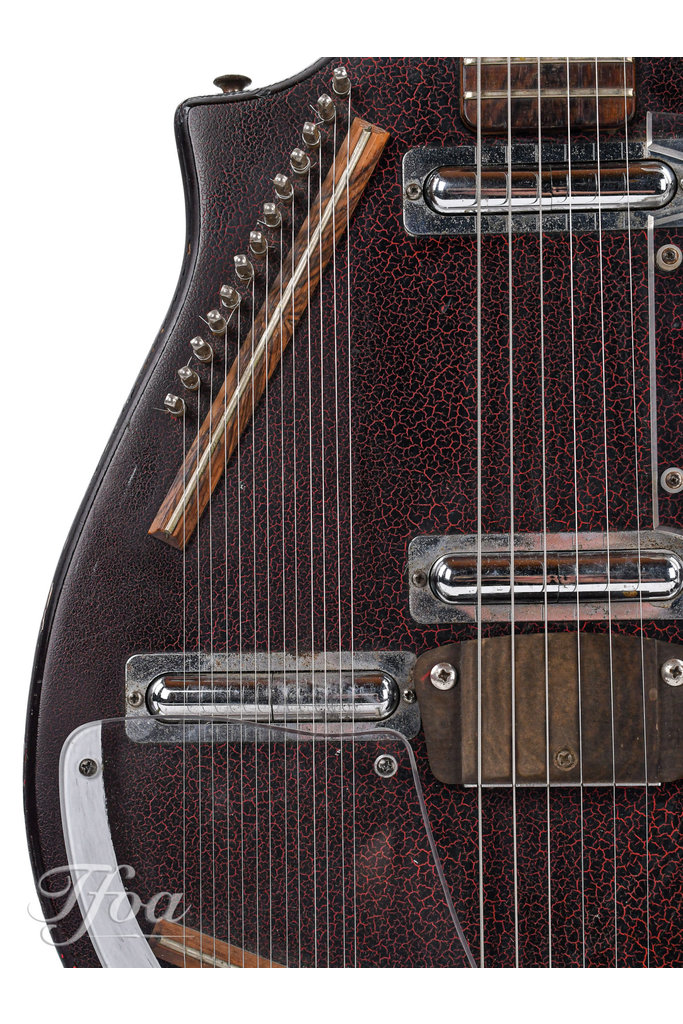 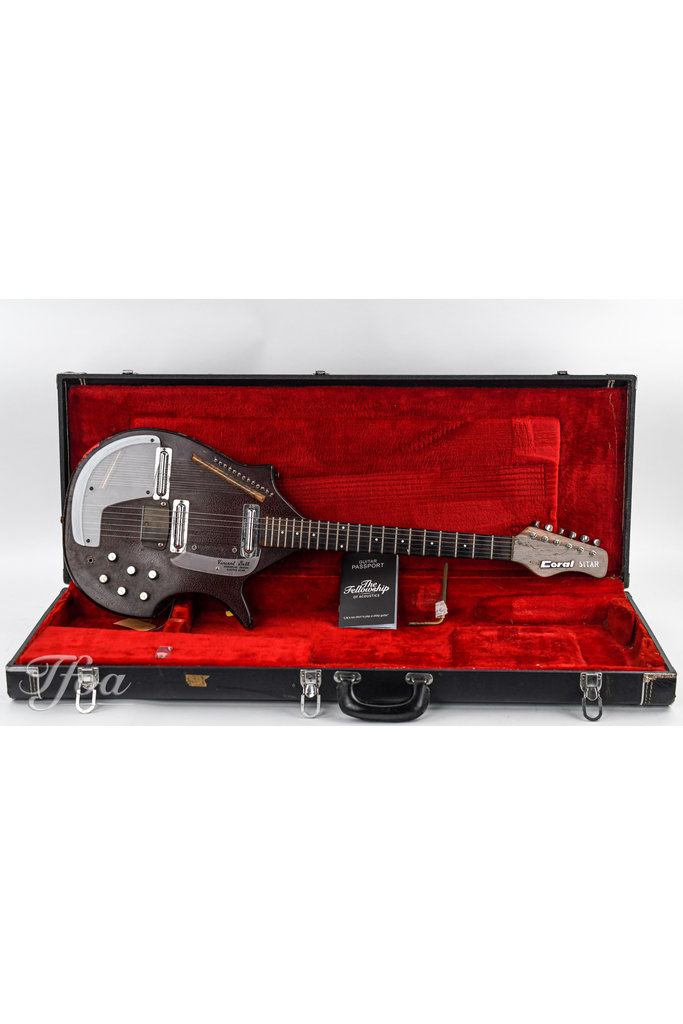 The Sitar was quite an unknown instrument until Ravi Shankar brought the instrument to new heights with his astonishing playing and influenced George Harrison greatly. Harrison and other players like Brian Jones and David Crosby also used sitar on their songs which shaped the sound of the sixties.

Sitar is a hard instrument to master and Harisson, Shankar's disciple, even put the sitar down because of it. Recording guitarist Vincent Bell invented this Coral electric sitar and produced them with Danelectro to make playing (and traveling) a whole lot easier.

This Coral was made somewhere in the 60s and is one of the pieces we bought from Chandler Guitars LTD, in England. This electric sitar was rented out by Chandler to a lot of English artists so there is a big chance that you have already heard this Coral on a couple of songs. It has seen some good use since its inception and is in good condition. The body featurs dings, chips and general traces of use. The delicate finish has worn out along the edges and shows the red base coat underneath. The headstock has a repaired crack near the newer individual Kluson tuners. 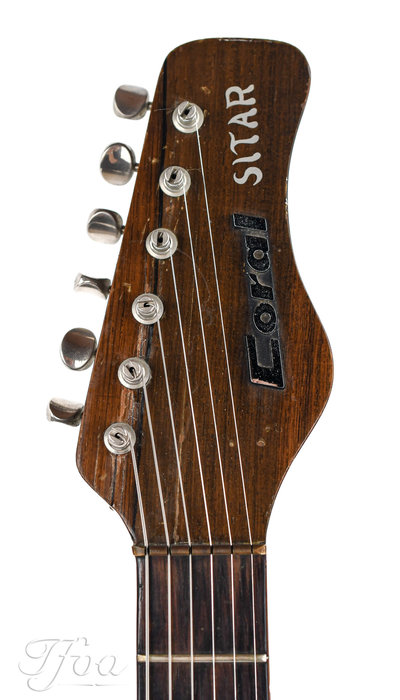