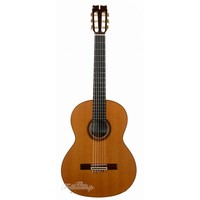 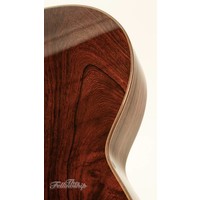 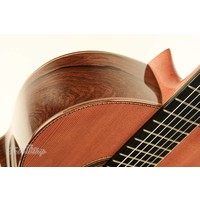 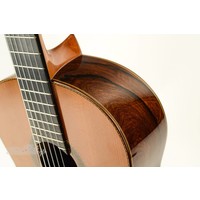 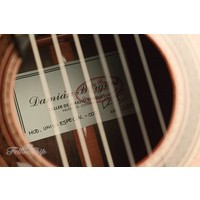 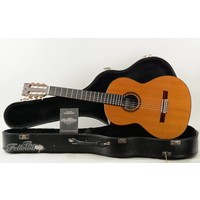 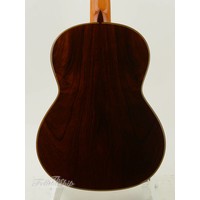 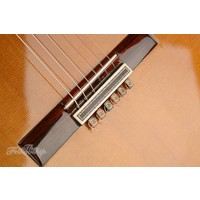 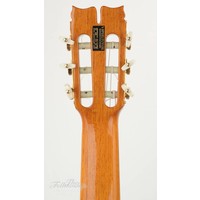 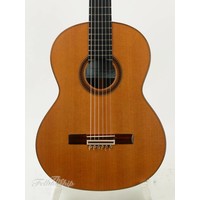 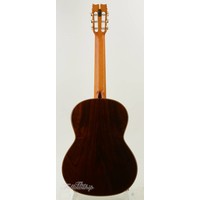 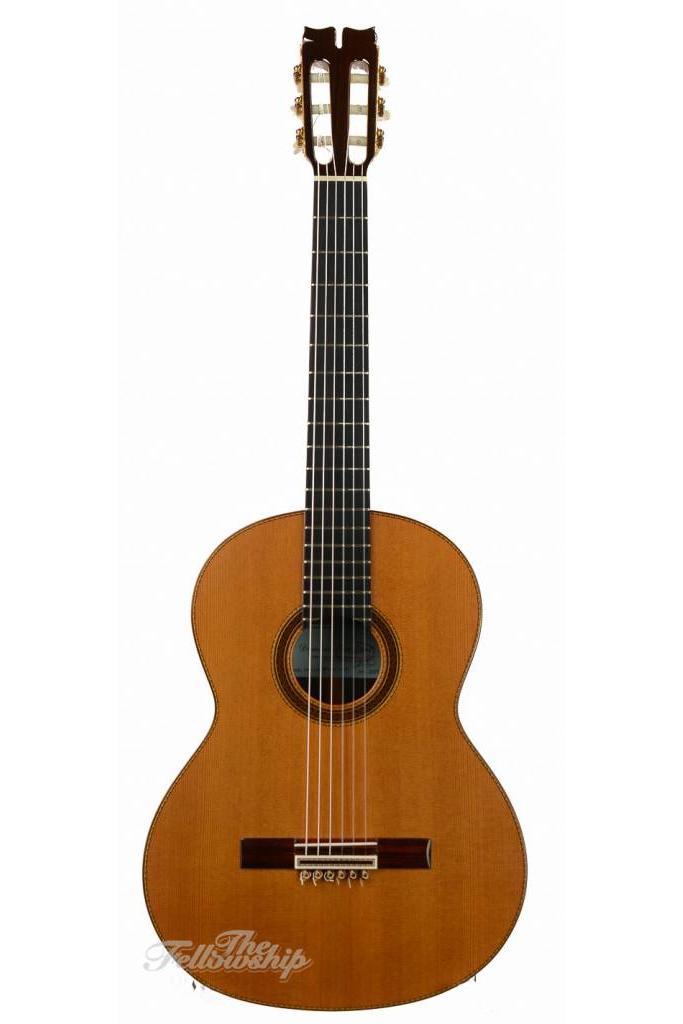 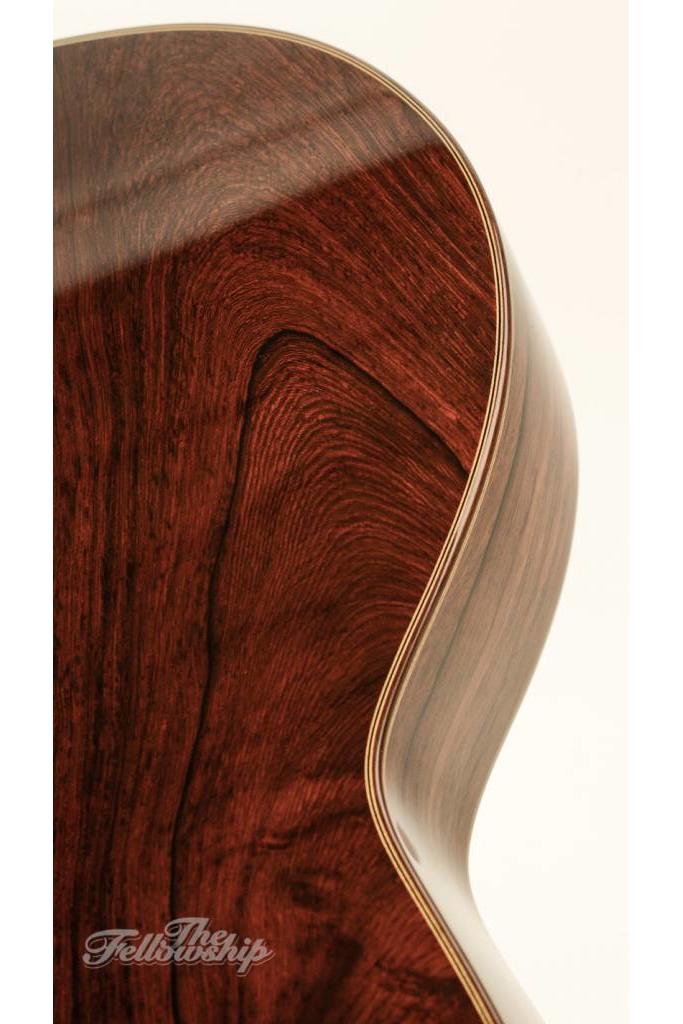 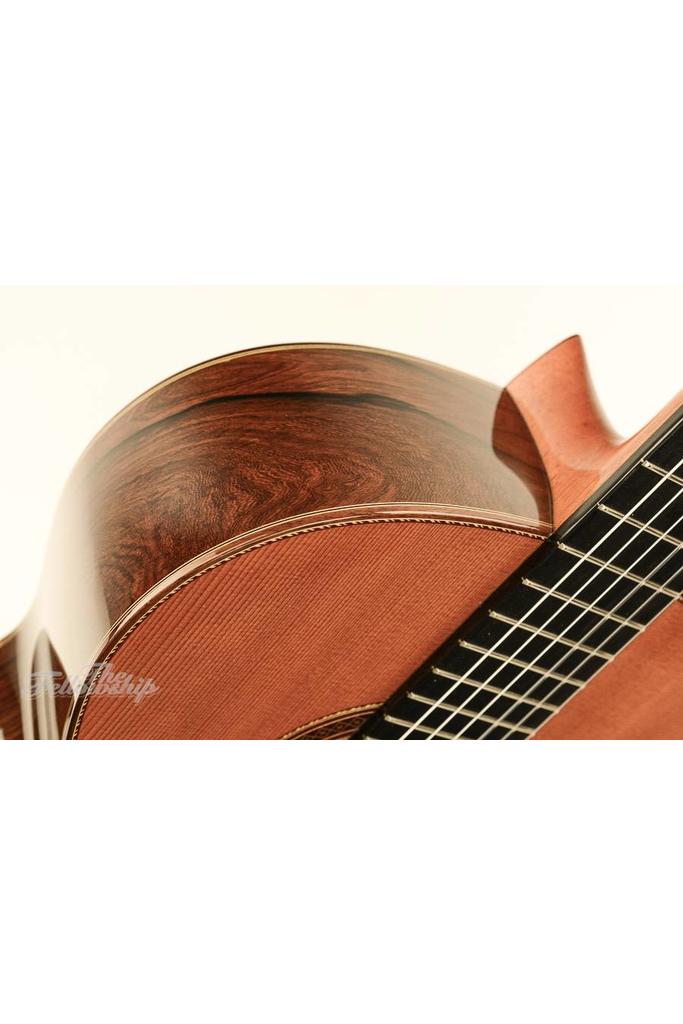 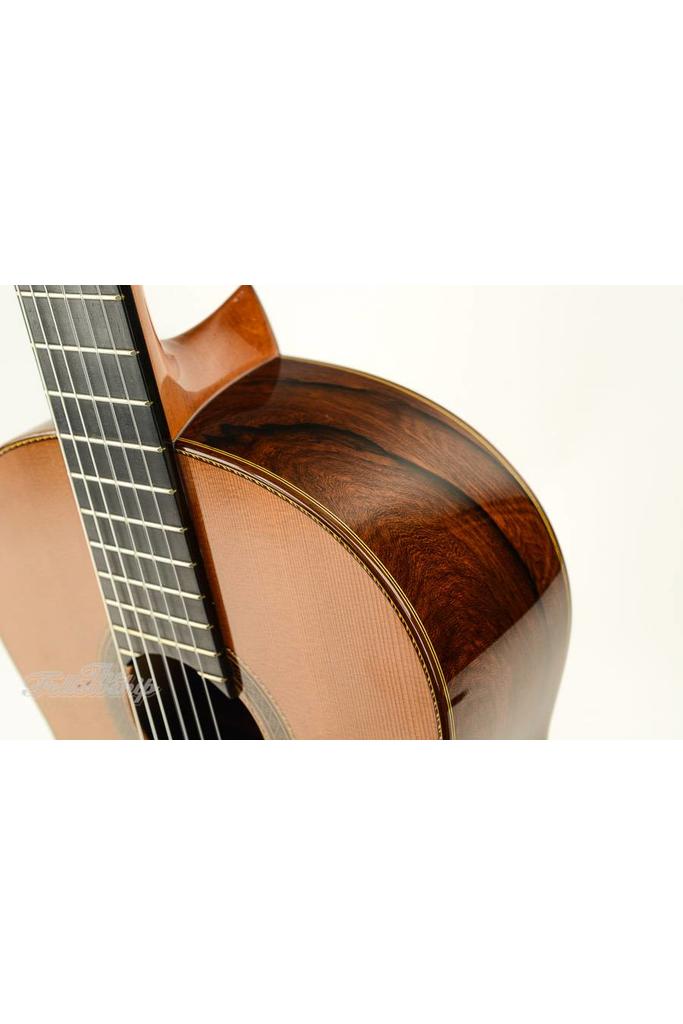 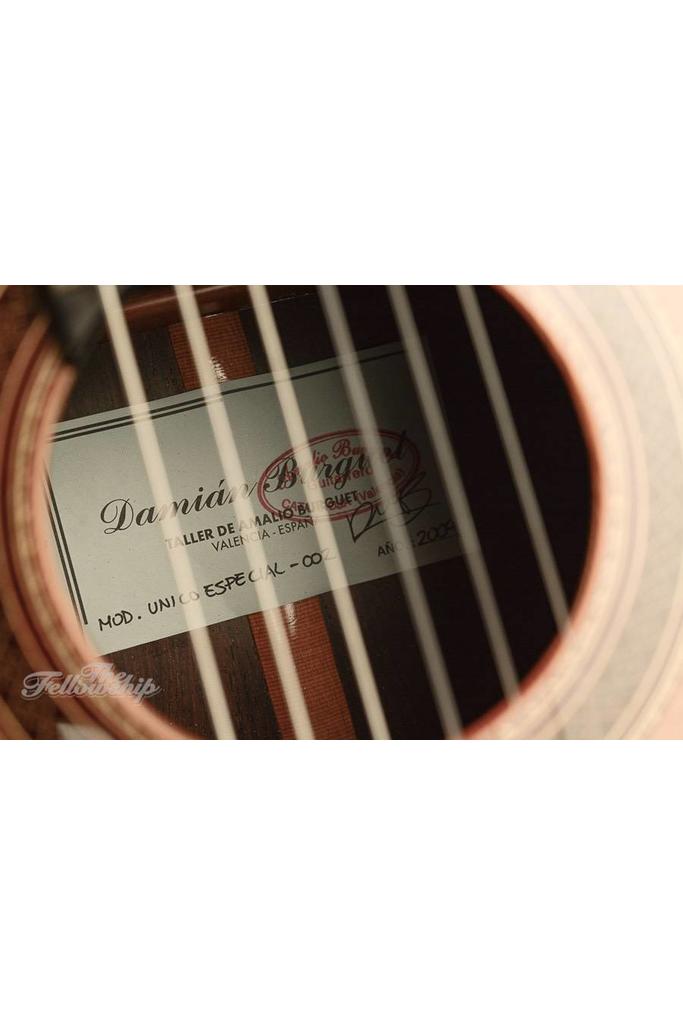 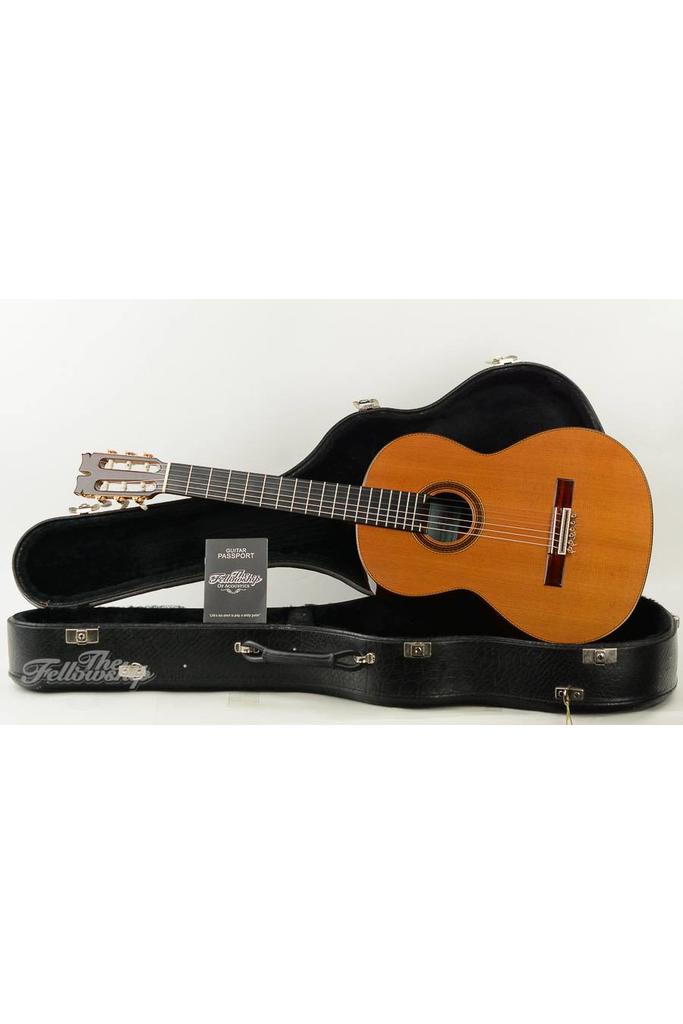 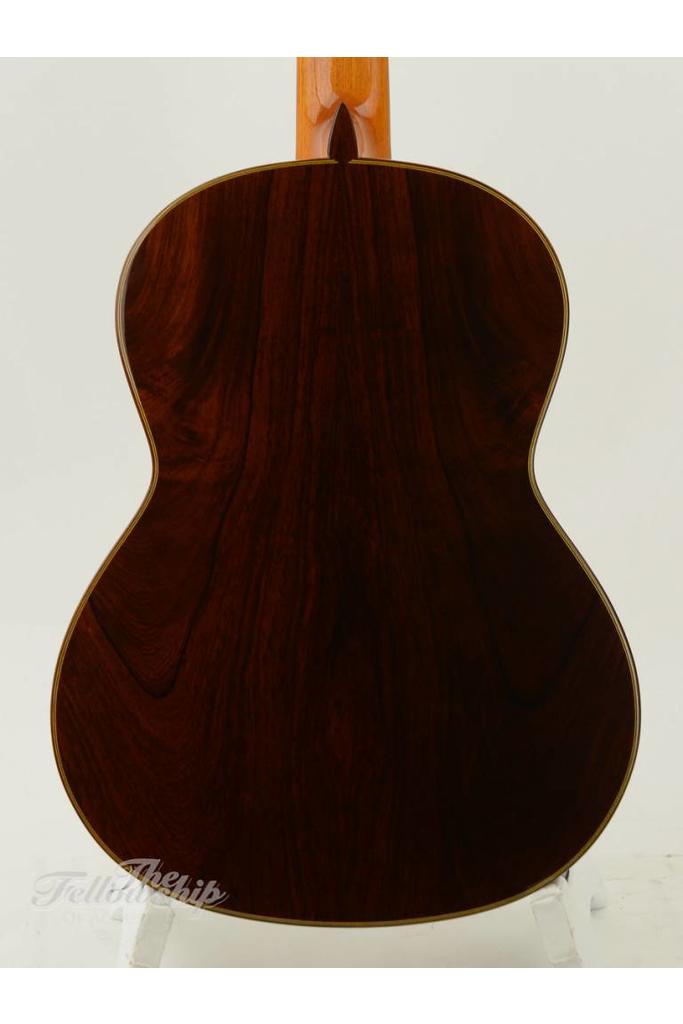 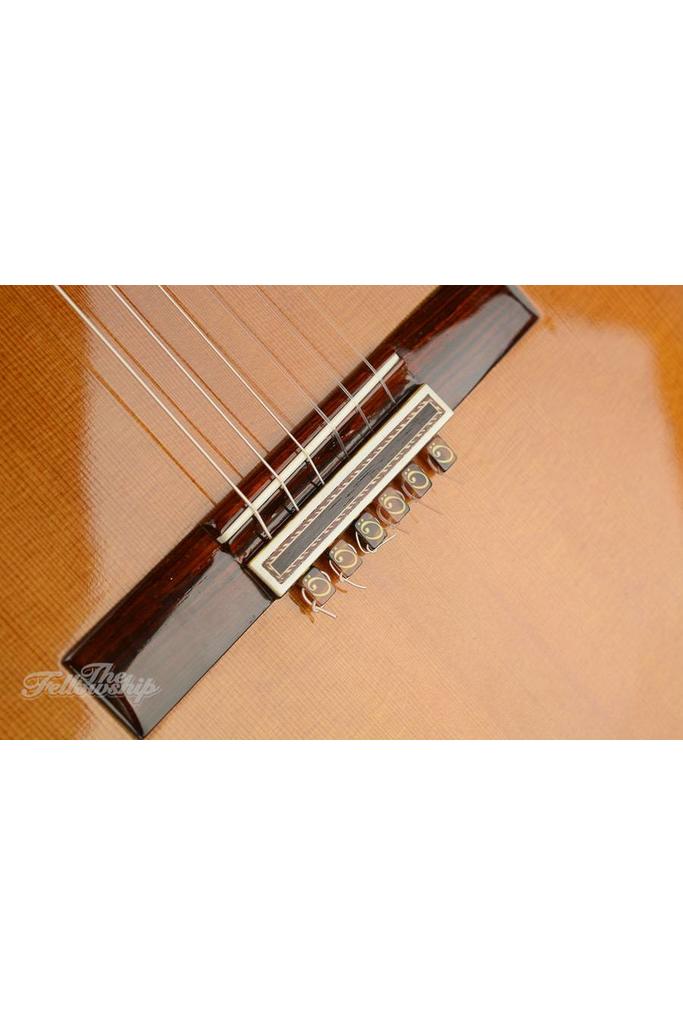 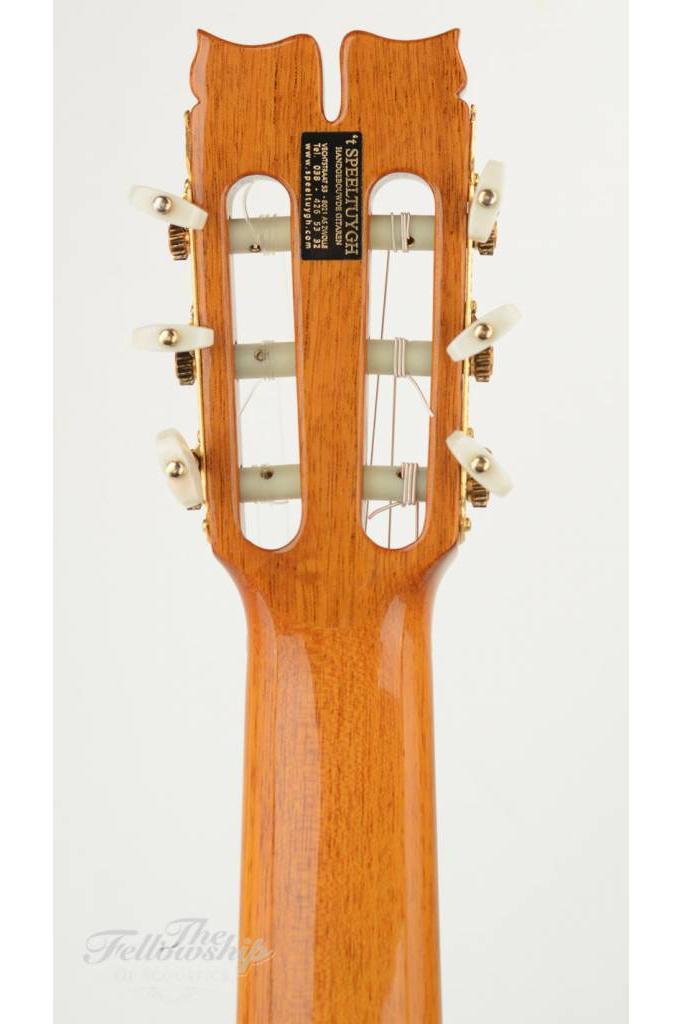 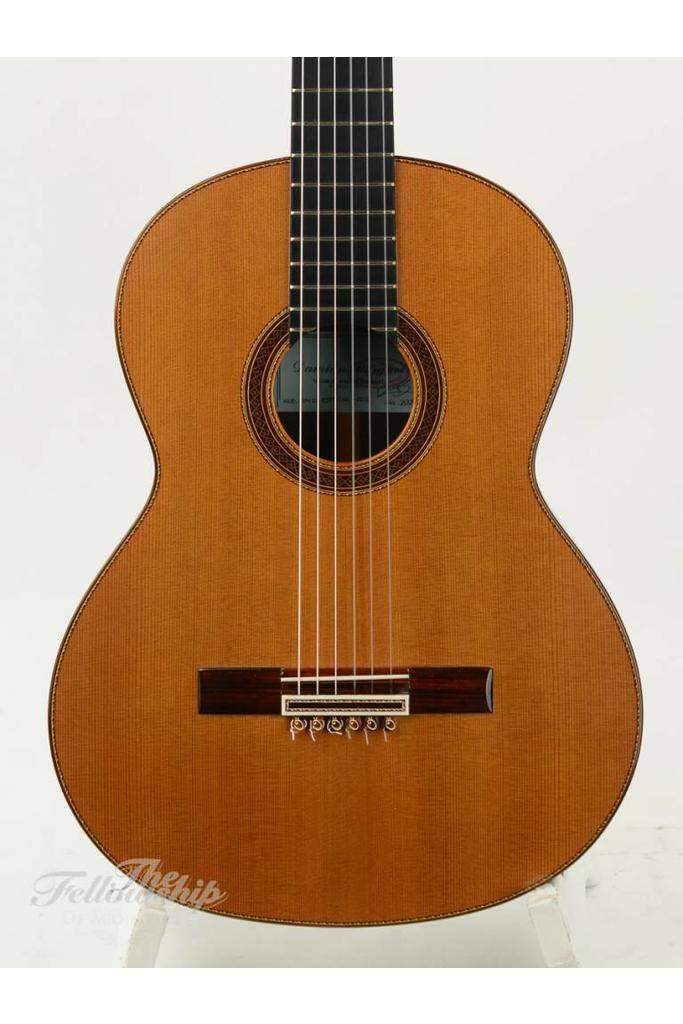 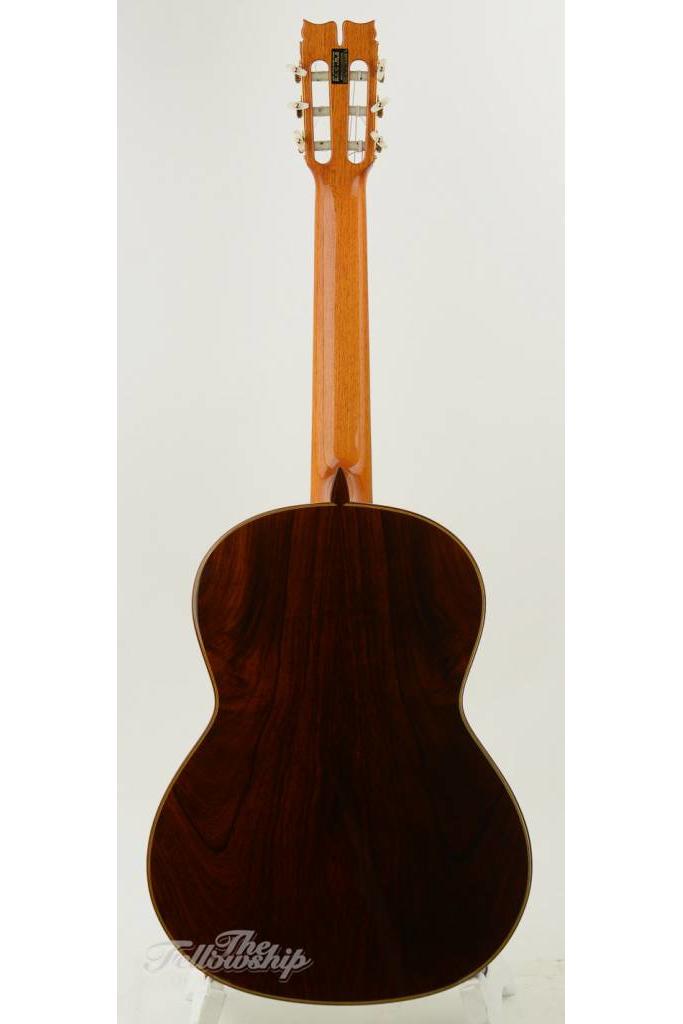 Burguet, Damian model Unico Especial built in 2009. Damian Burguet -the son of Amalio- forms a great example of how a new generation can build on the experience and knowledge gathered by the previous generation. The craftmanship, knowledge of tonewoods and perfection we've come to expect from a Burguet are all present. However at the same time these instruments built by the new generation have a character all their own, both in sound and appearance.

Damian built this Unico Especial as a masterpiece in 2009. An exquisite instrument both in construction, sound and appearance. Wildly figured Amazon Rosewood has taken the shape of back and sides for this instrument offering a tight response and plenty of power, the tightly grained Cedar top forms a nice contrast whilst at the same time lending a warm and balanced character to the overal sound. The unique split-headstock design is both attractive and distinctive, two words which perfectly describe every aspect of this guitar. Condition is excellent due to one ding in the top finish, the rest of the guitar is as clean as a whistle. The tuners are Fustero tuners. The previous owner added string tie beads. Includes hardshell case. 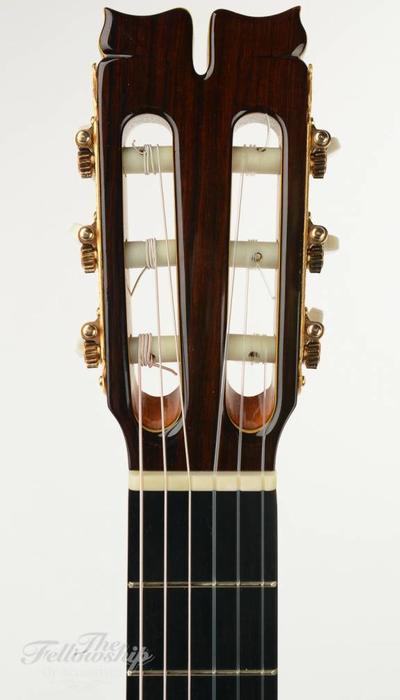