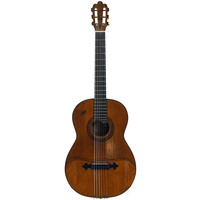 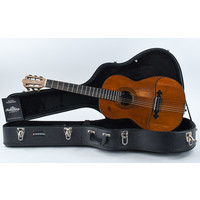 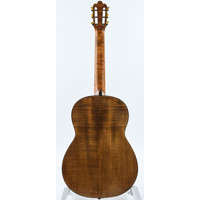 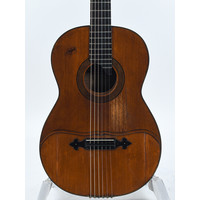 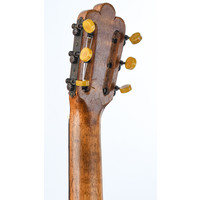 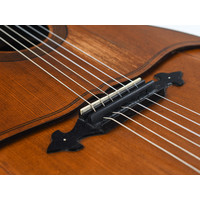 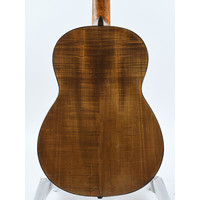 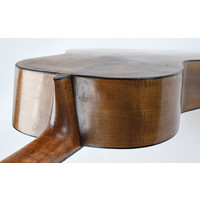 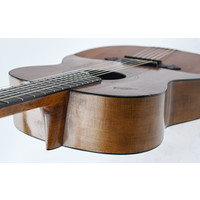 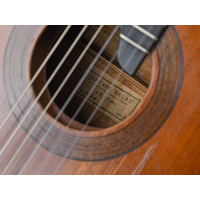 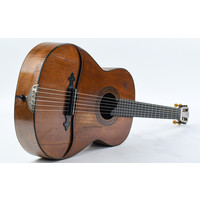 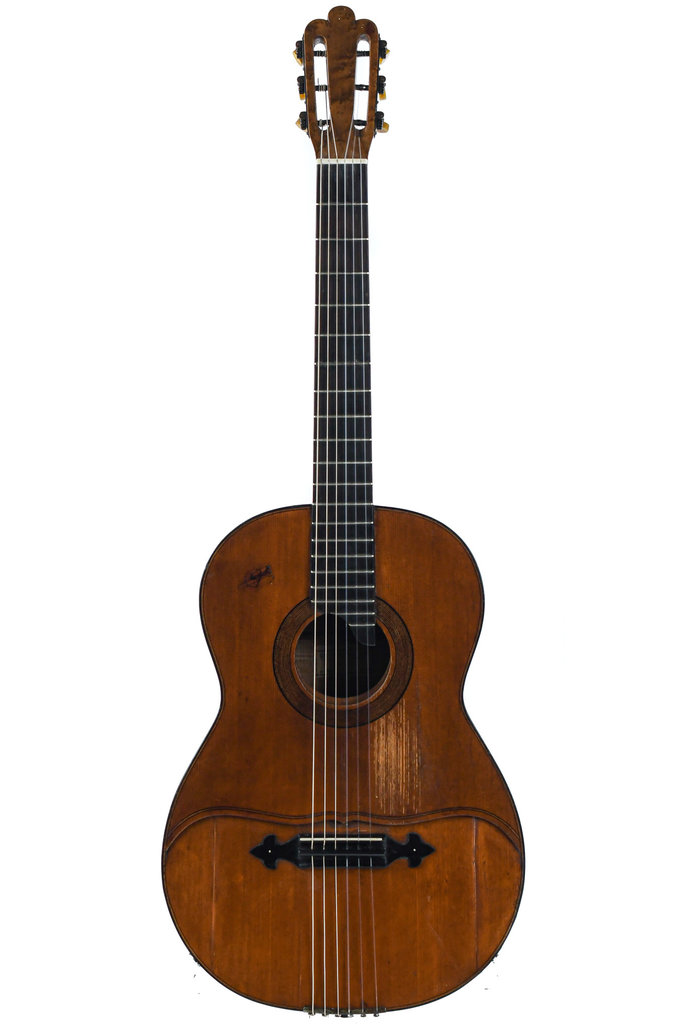 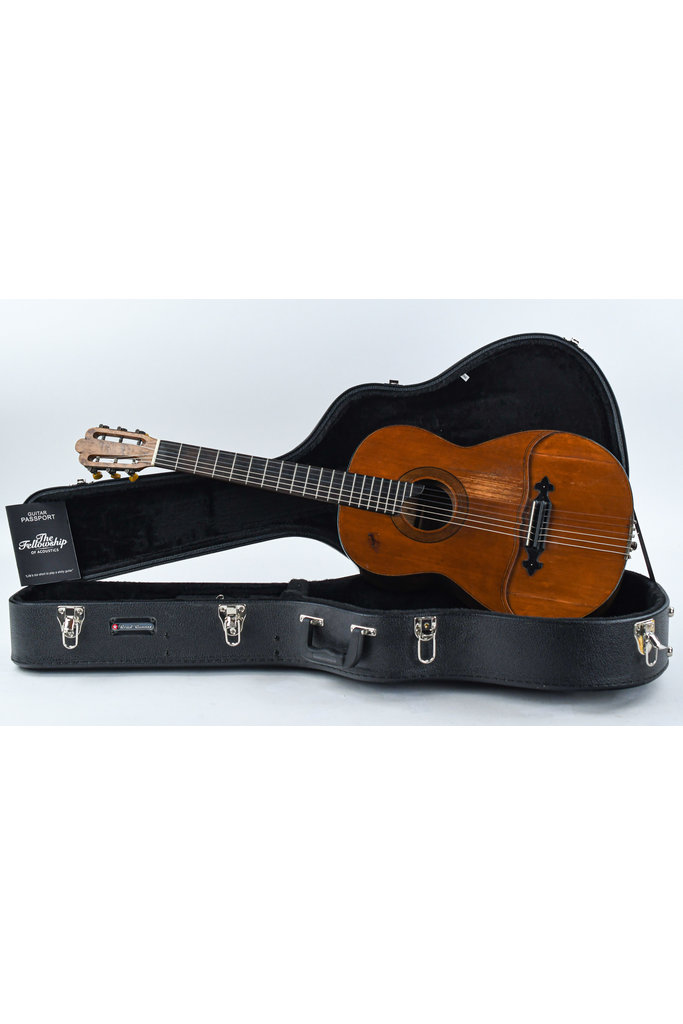 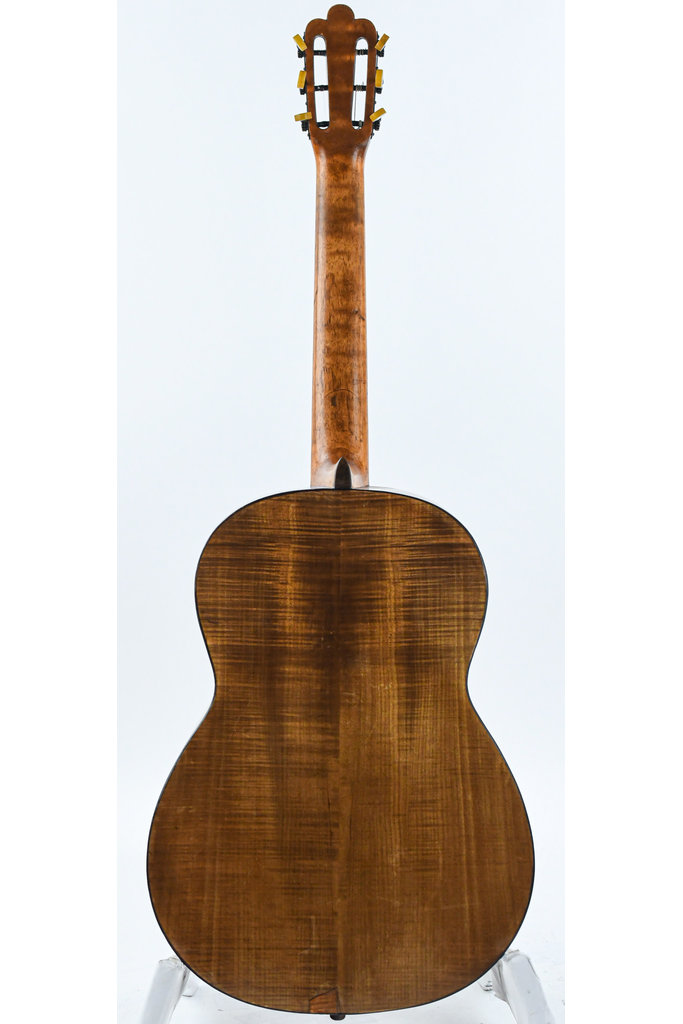 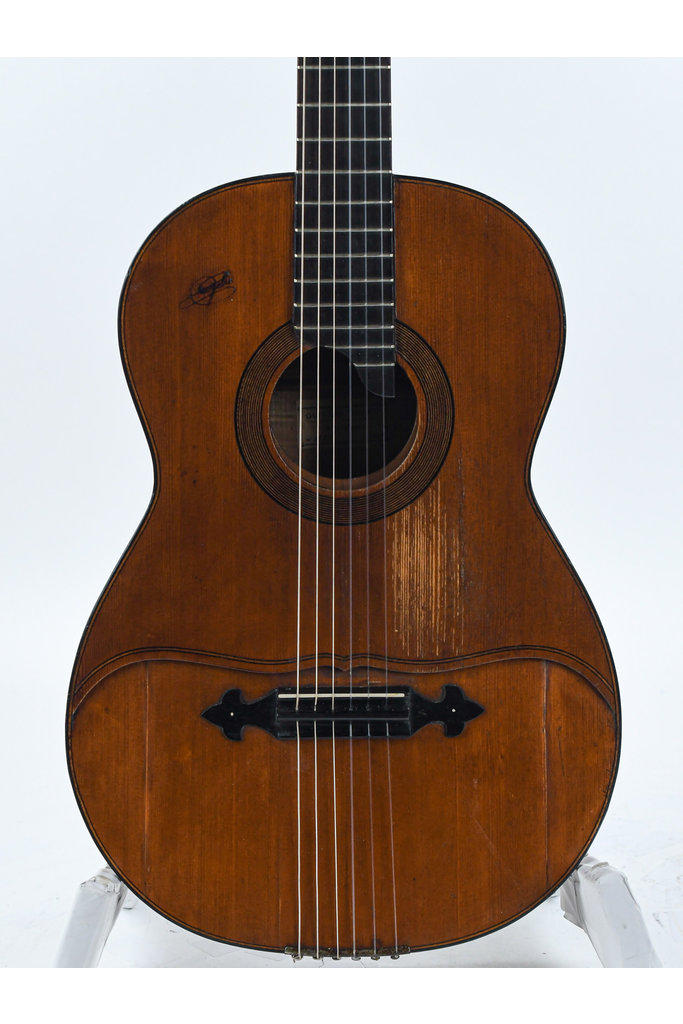 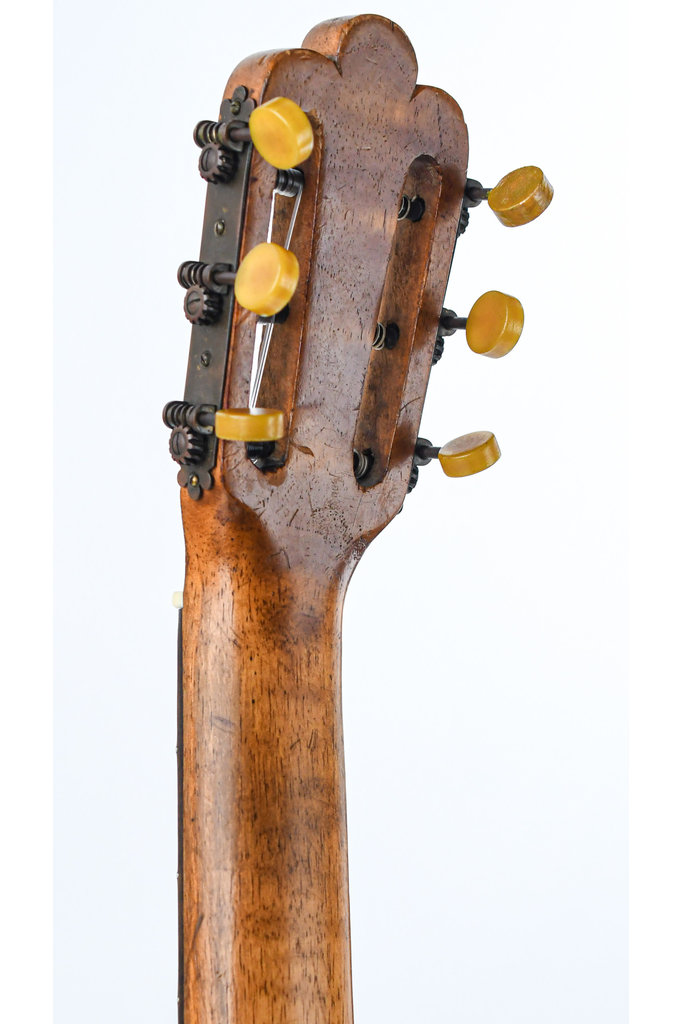 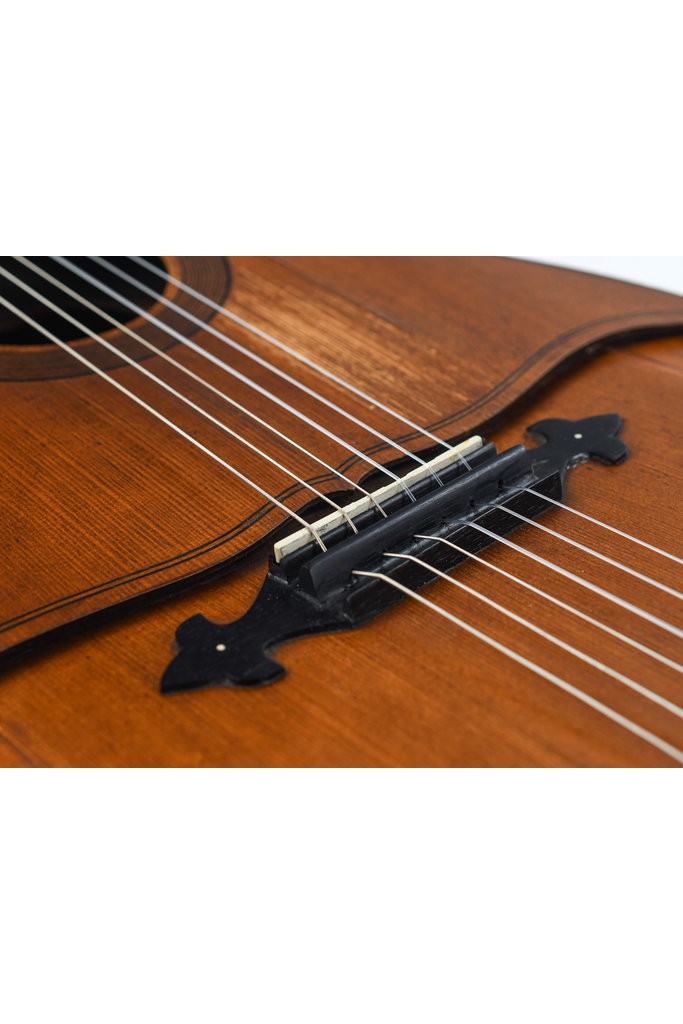 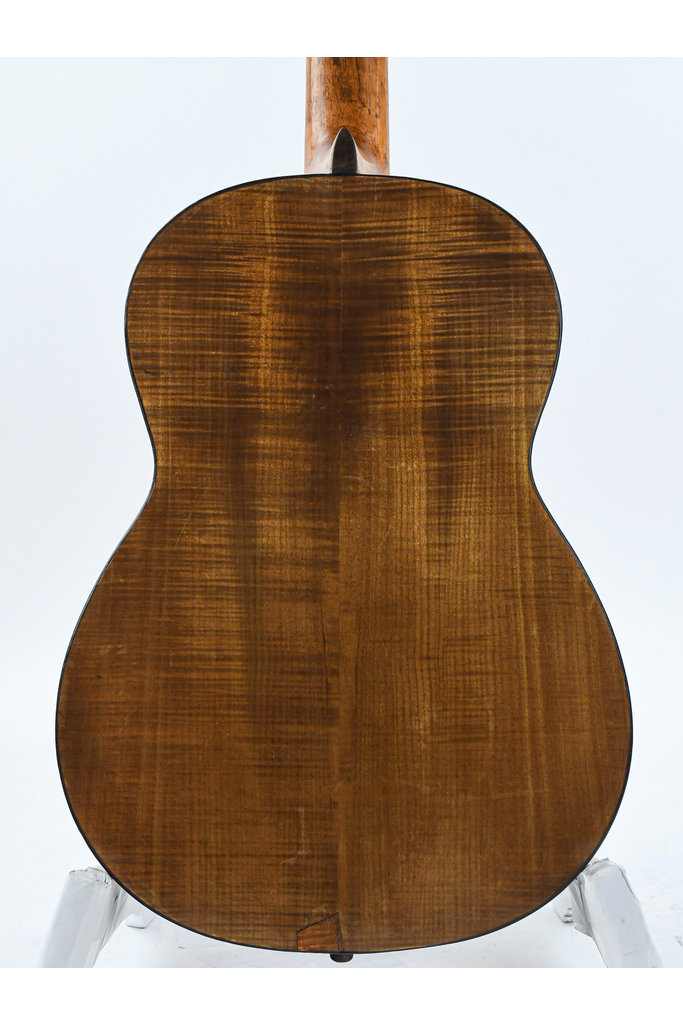 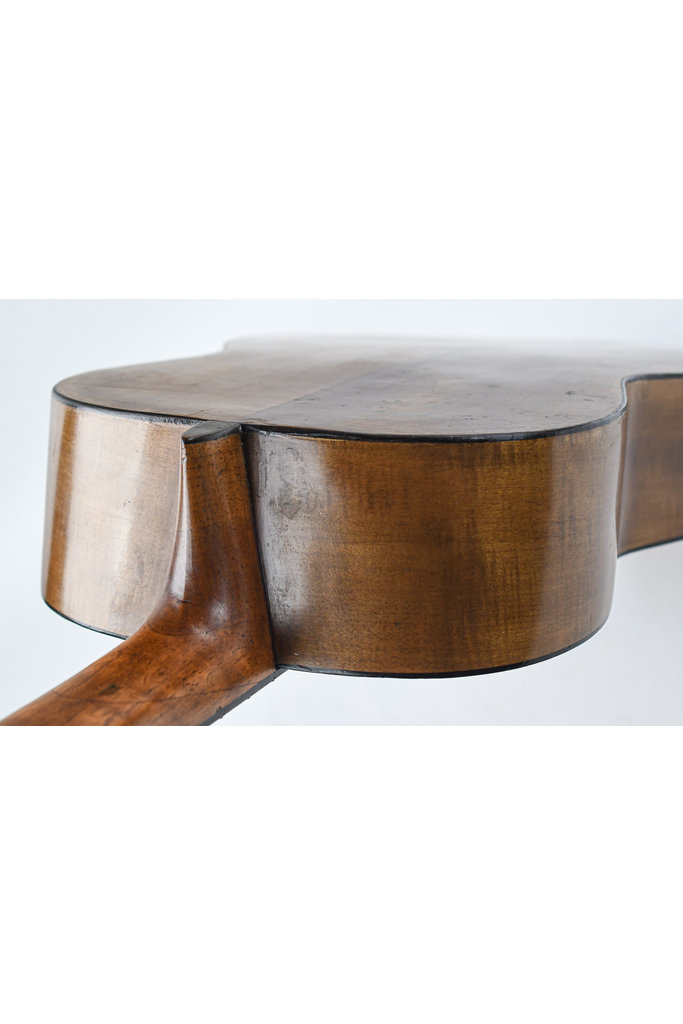 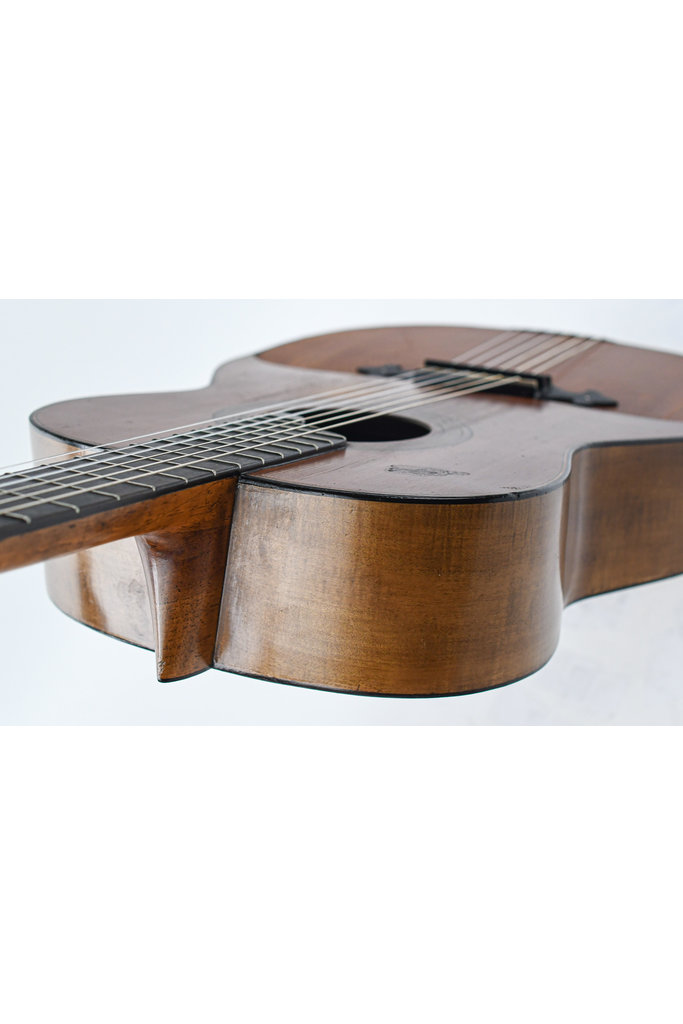 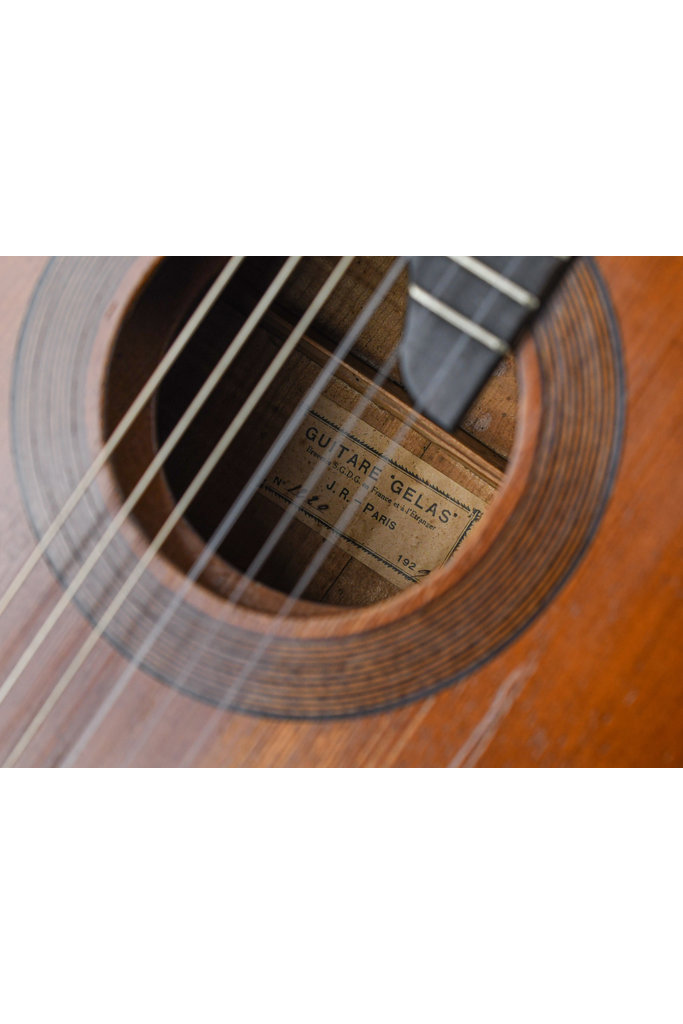 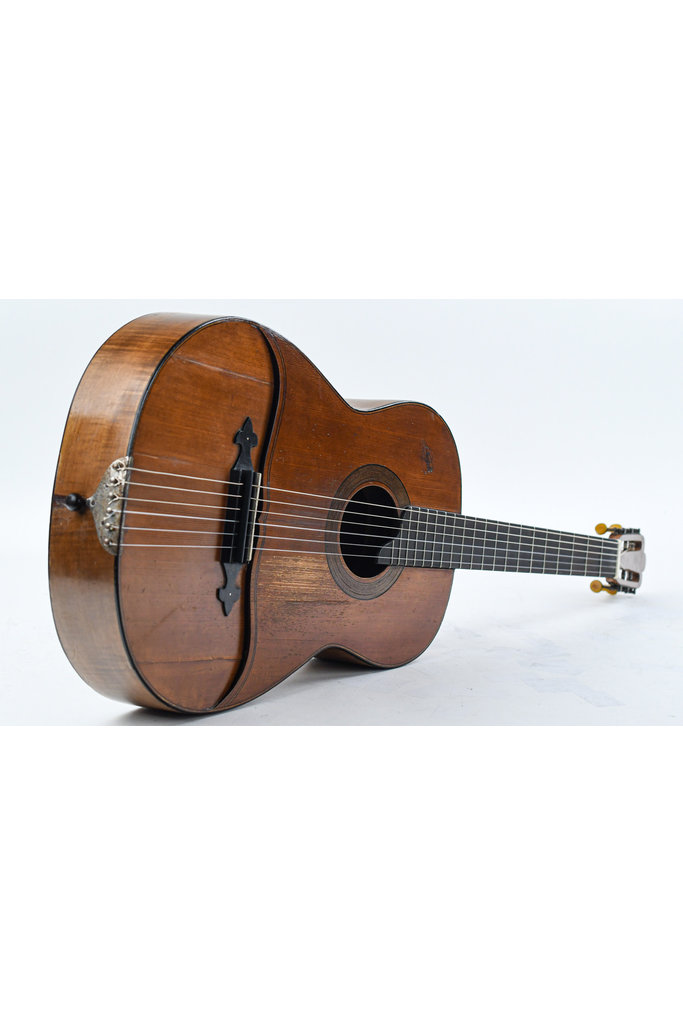 Gélas is well known for inventing and patenting a guitar design which uses a double top: It is often called a Gélas guitar, or a double-top guitar (or double-resonance-guitar) and was common in the first half of the 20th century.

This Gelas guitar has stood the test of time fairly well. It obviously has the traces of use and playwear that comes with the age, but it is still in good condition. The inner top has three repaired cracks and the back of the body has one small patch. Includes a newer hardshell case with TFOA passport. 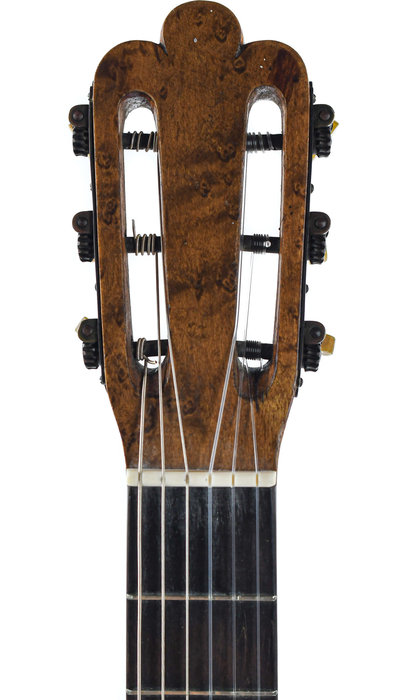