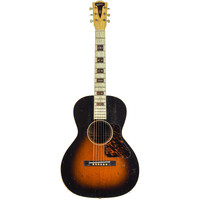 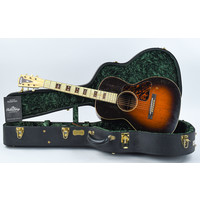 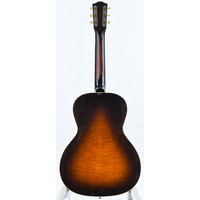 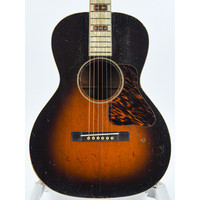 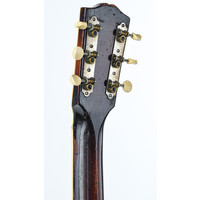 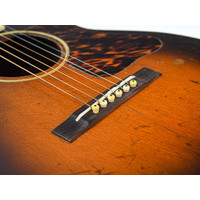 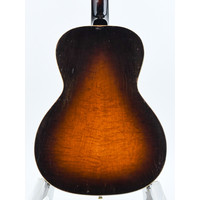 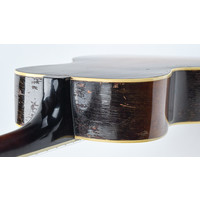 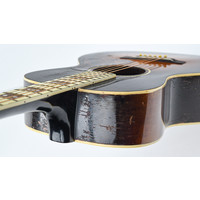 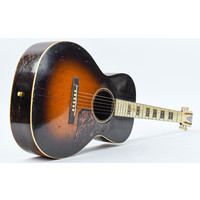 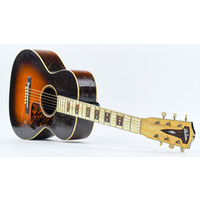 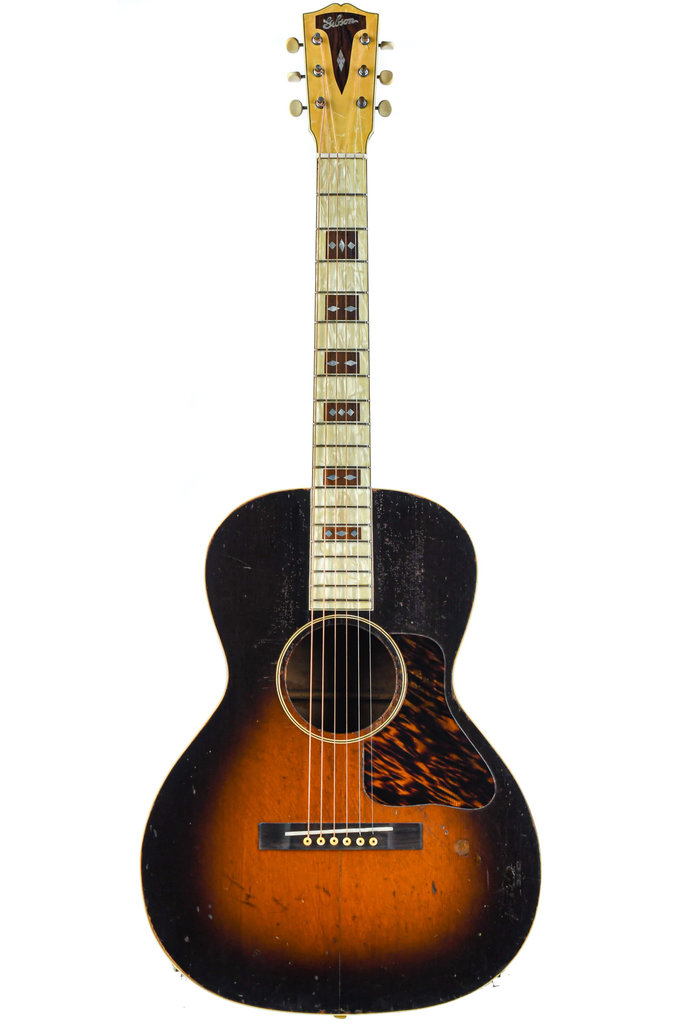 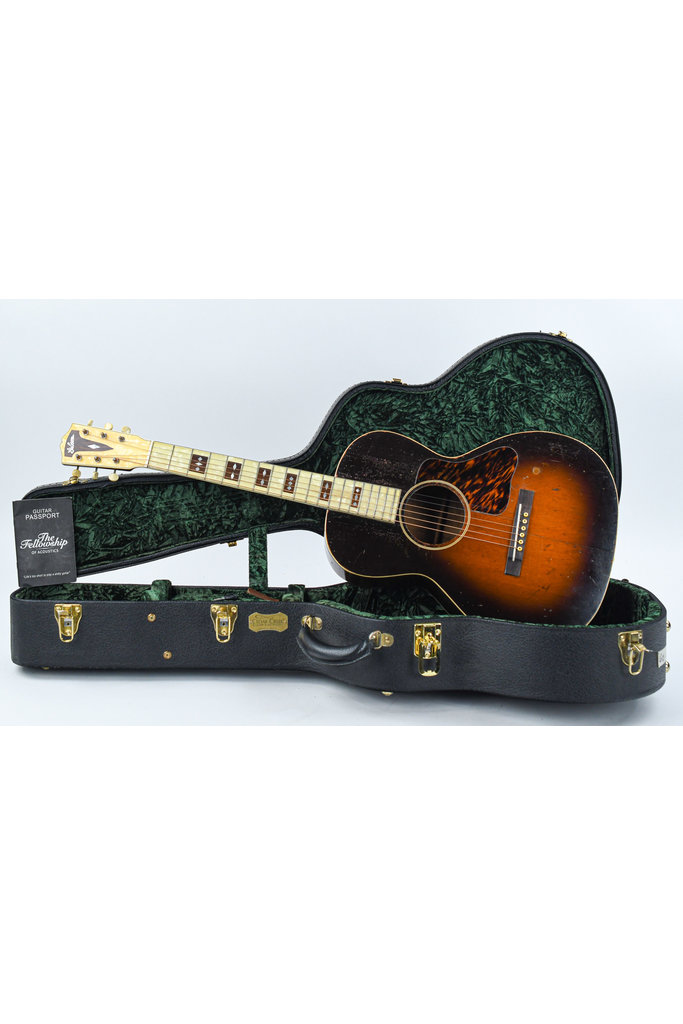 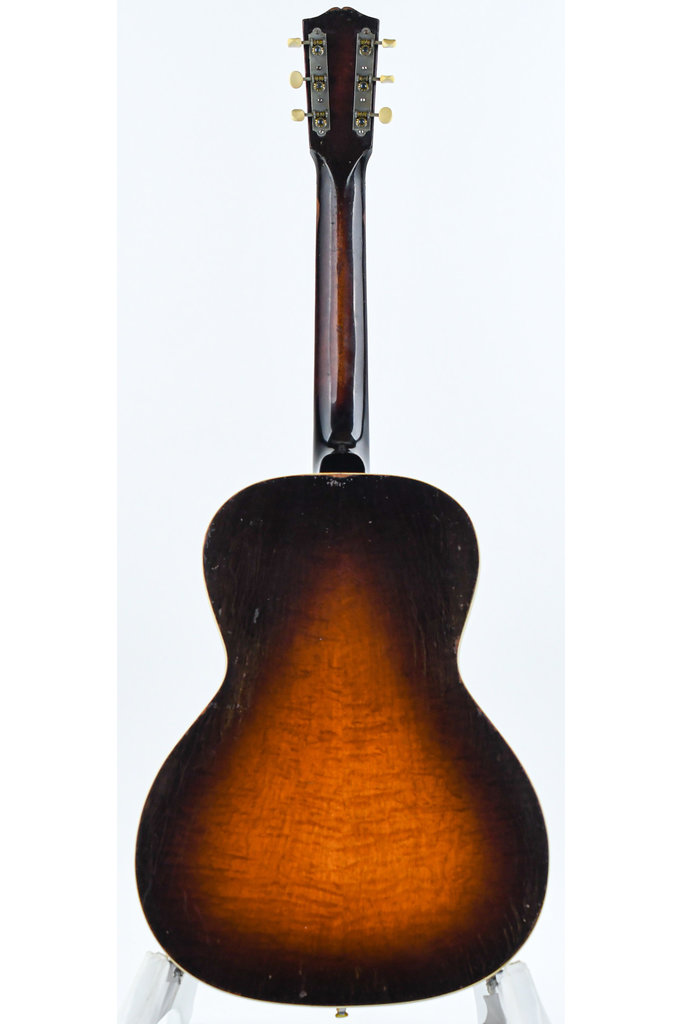 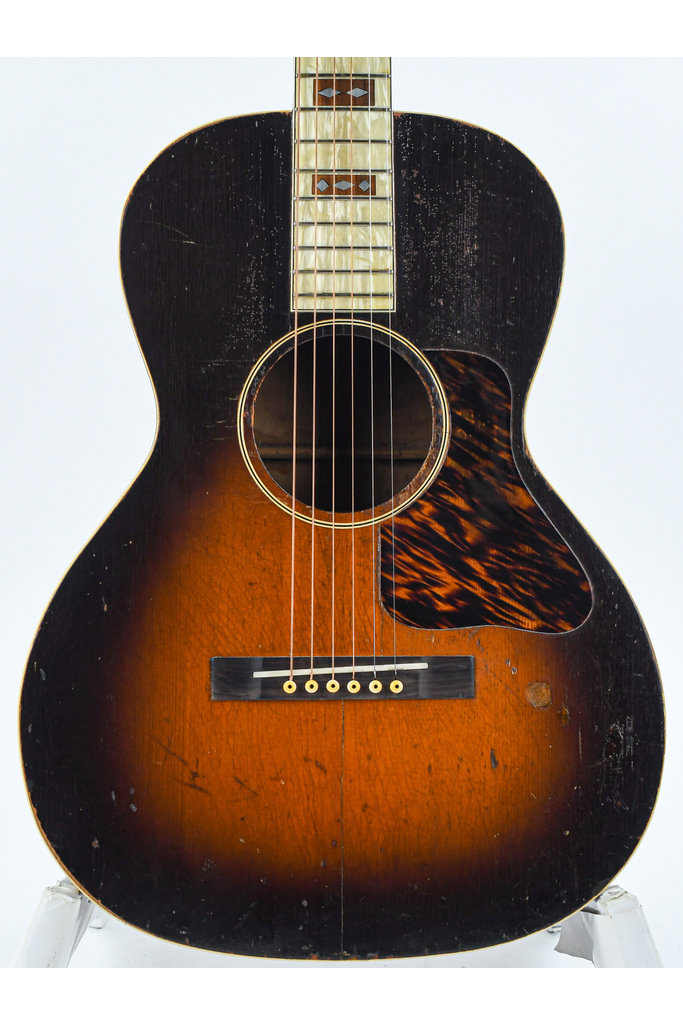 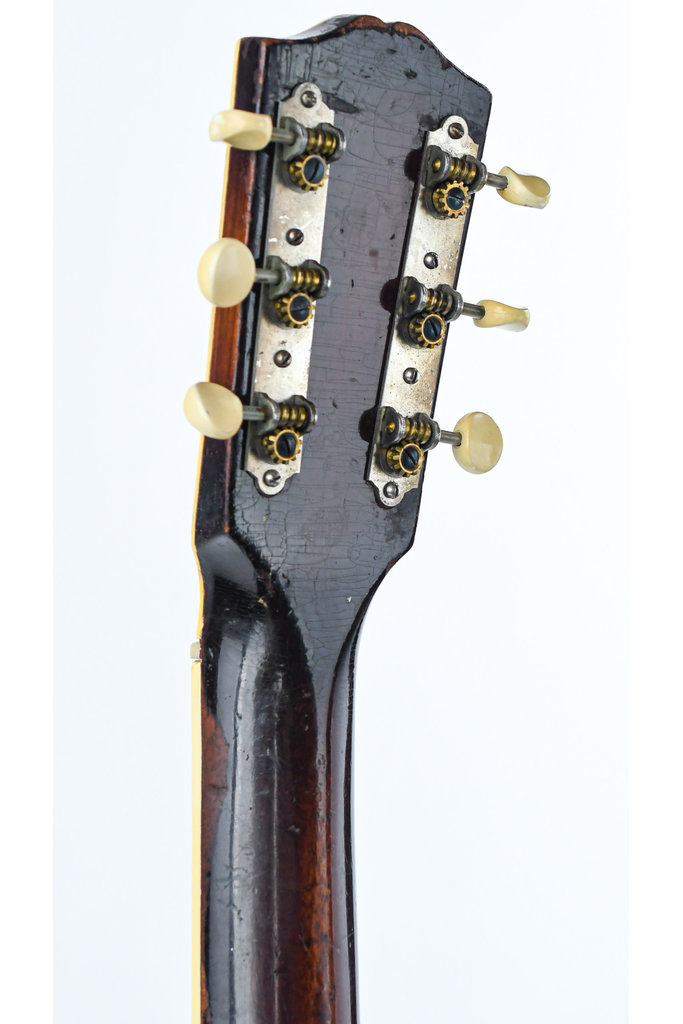 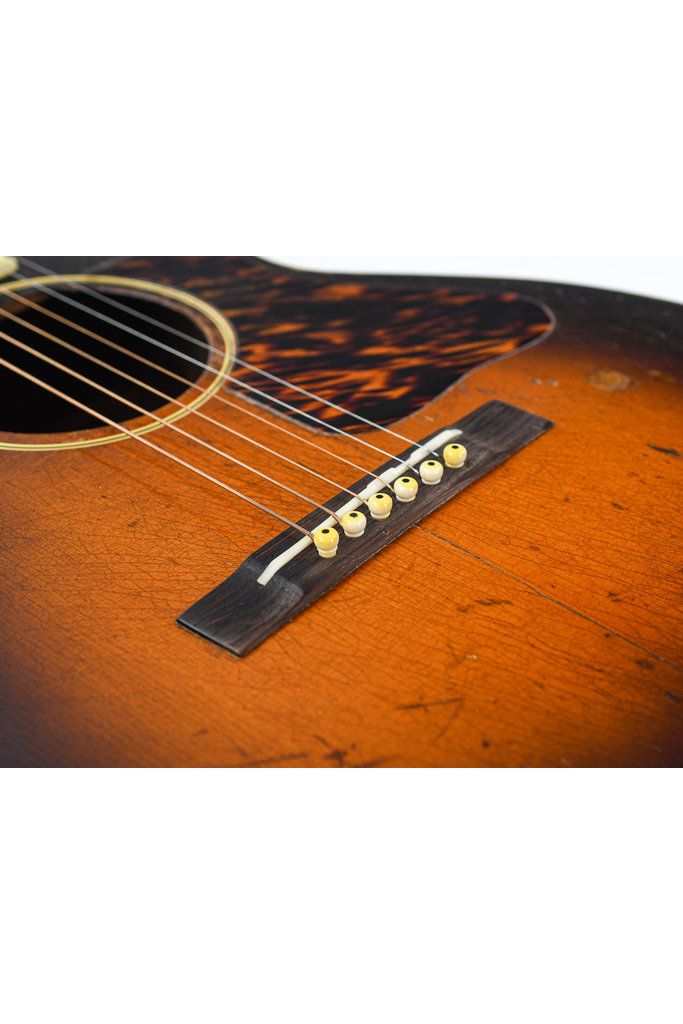 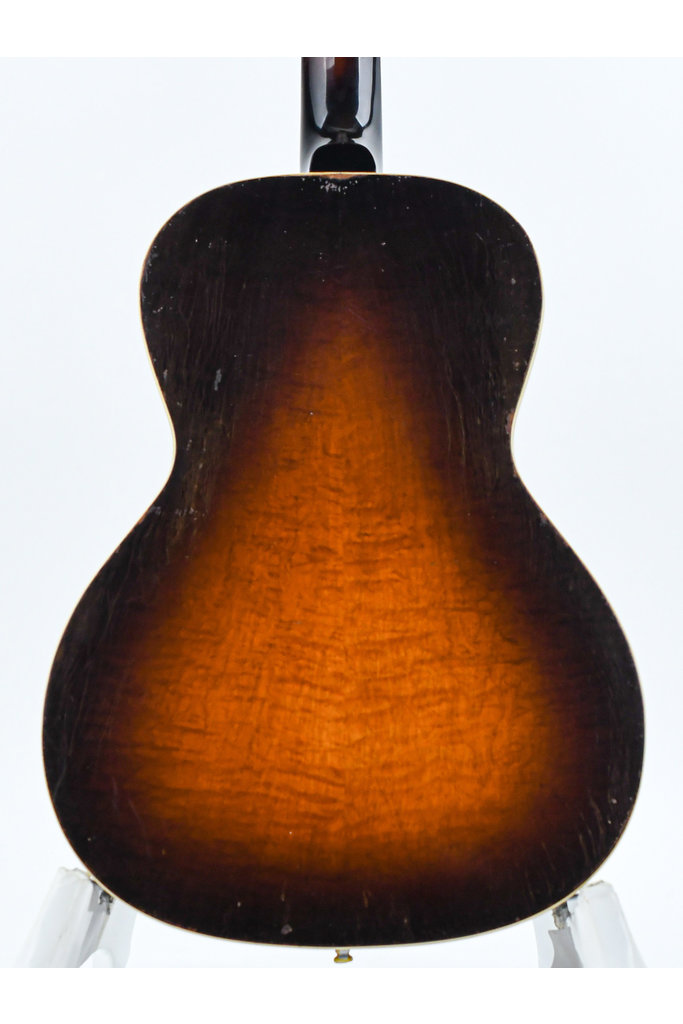 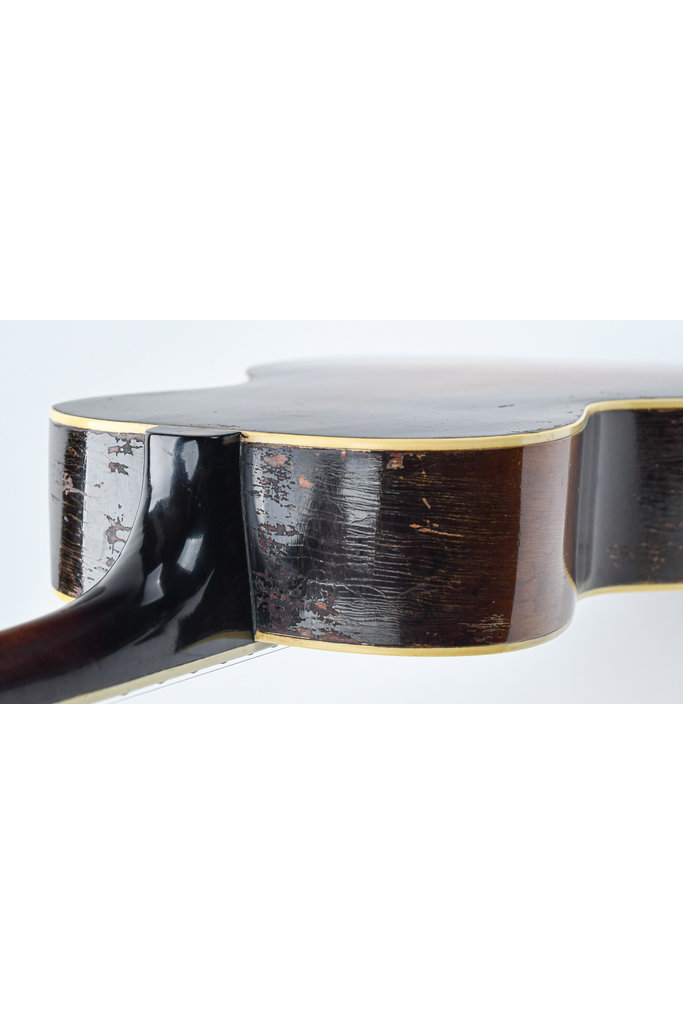 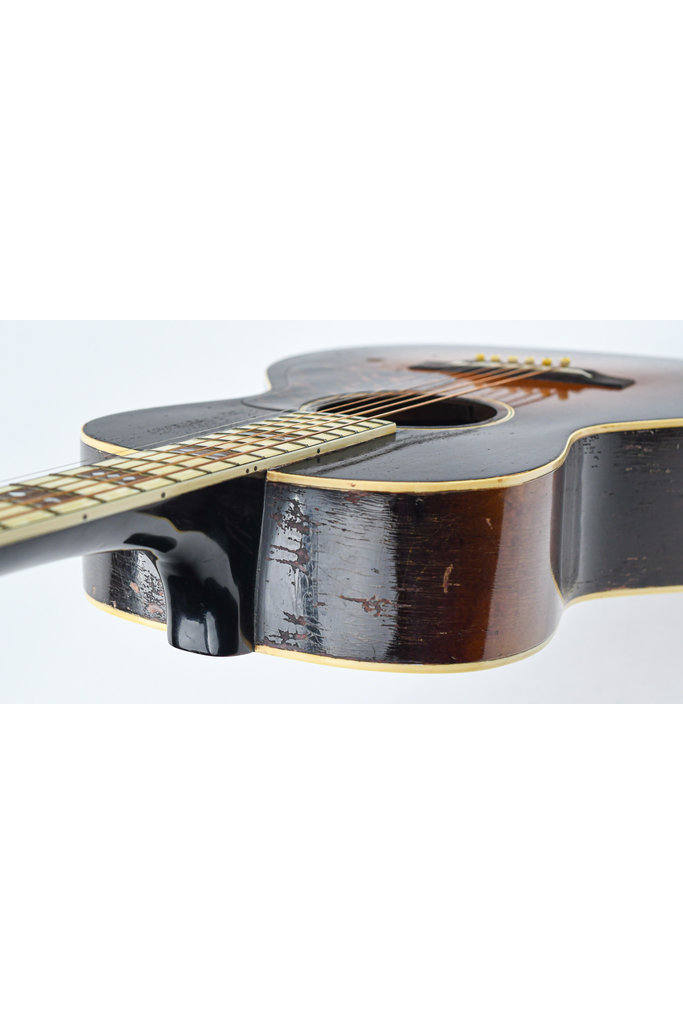 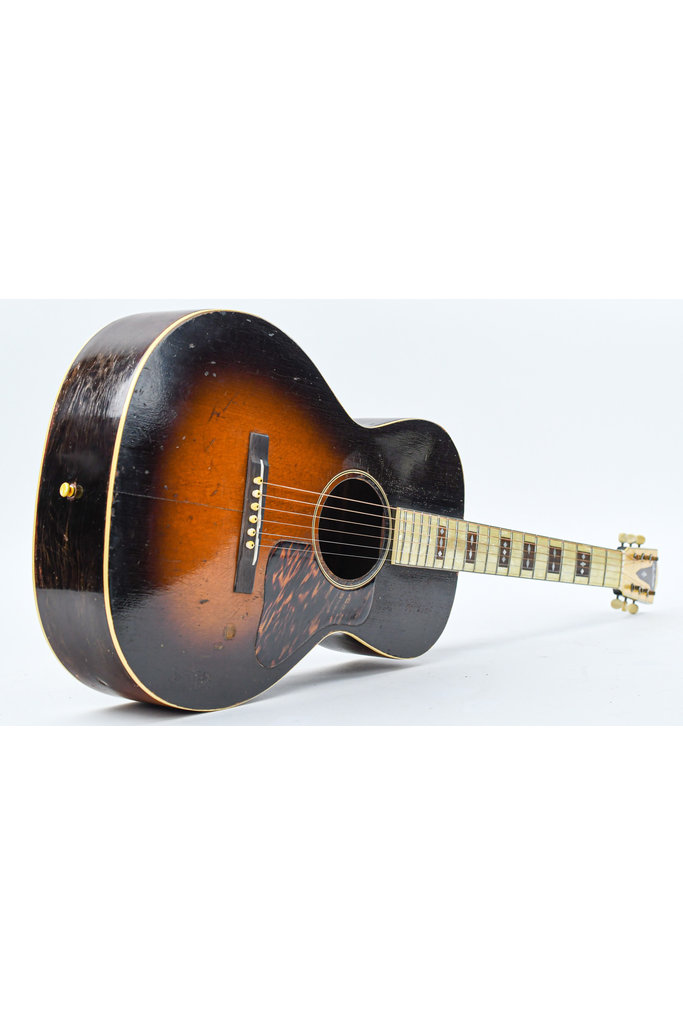 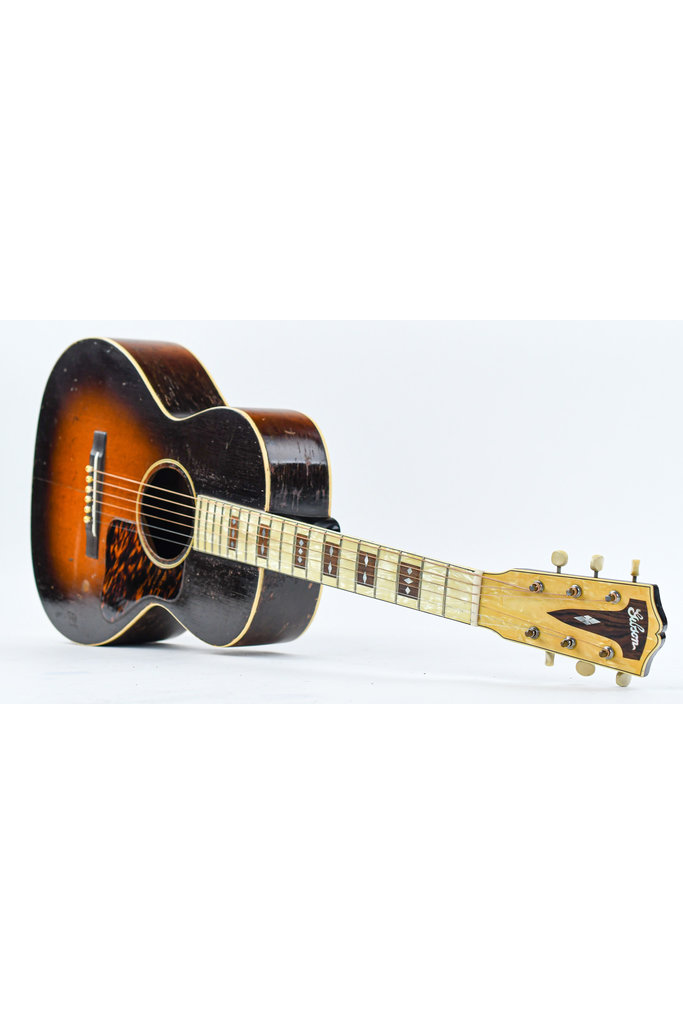 The 'Century of progress' event was a special international exhibition that took place in 1933 in Chicago in the middle of the Great Depression and commemorated the 100 years that had elapsed since Chicago's incorporation in 1833. The 1933 to 1934 Century of Progress exhibition attracted an unbelievable number of 48 million visitors.

Gibson, seeking to capitalize on this event, focussed on the exhibition's emphasis on scientific progress and unveiled two instruments which both were decorated with the new material "pearloid", a celluloid plastic which had the look of pearl.

The HG was the 'Hawaiian' variant of the L models, and was set up for slide guitar playing. This guitar, however, has been converted which means the bridge and nut have been altered, making it look more like the LC model and making it suitable for 'normal' playing styles.

It has a repaired center seam crack and shows the traces of age like weatherchecking, small scratches and lacquer chips. In good condition and comes in a newer hardshell case with TFOA passport. 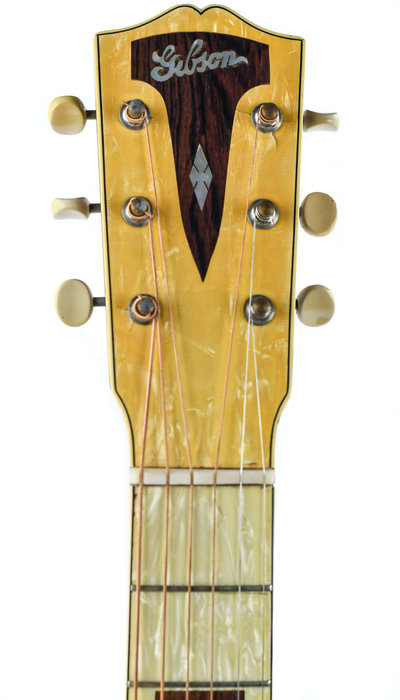