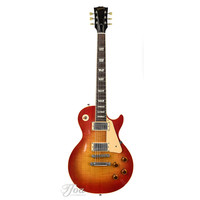 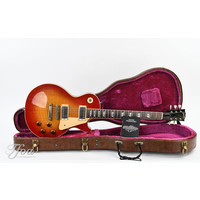 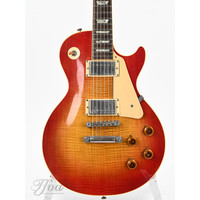 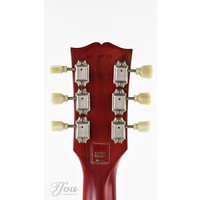 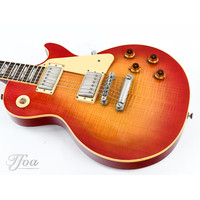 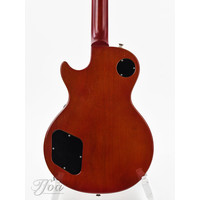 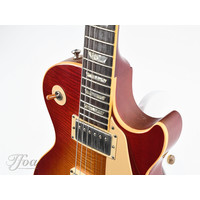 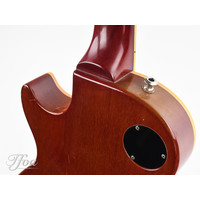 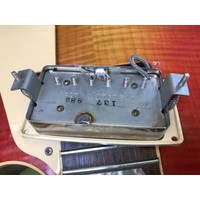 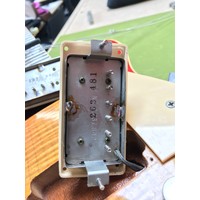 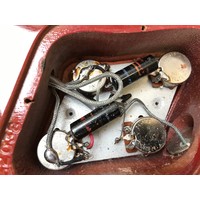 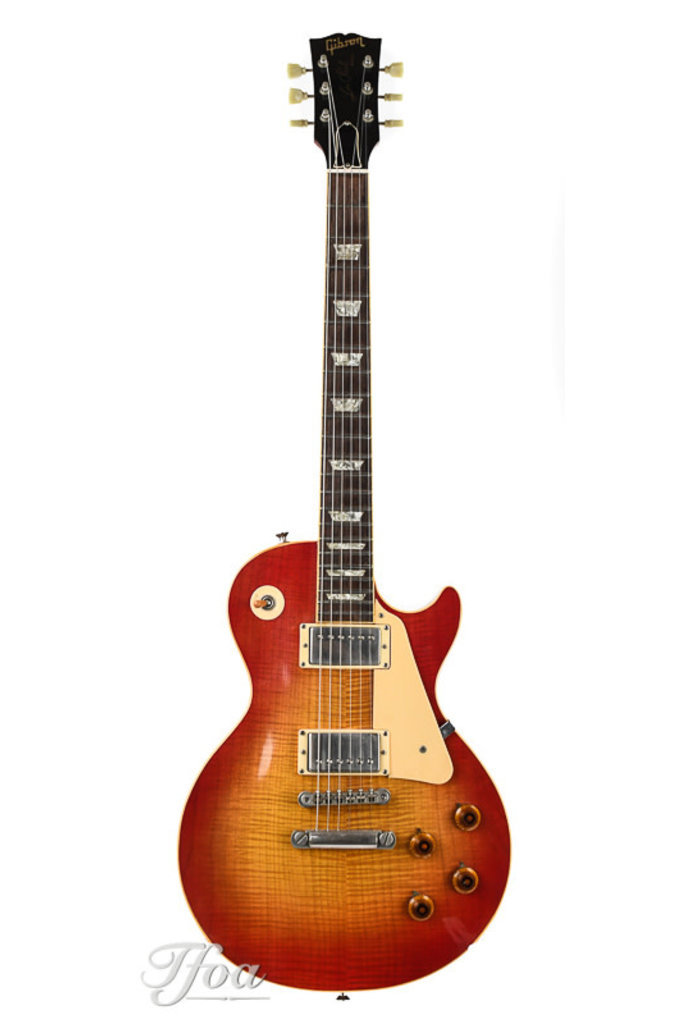 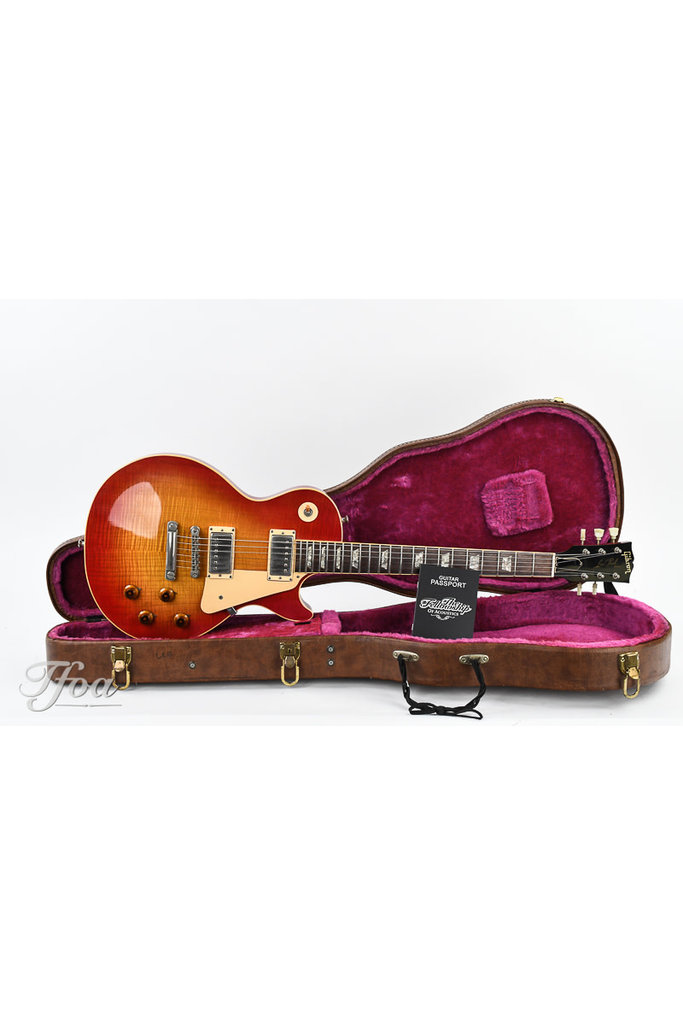 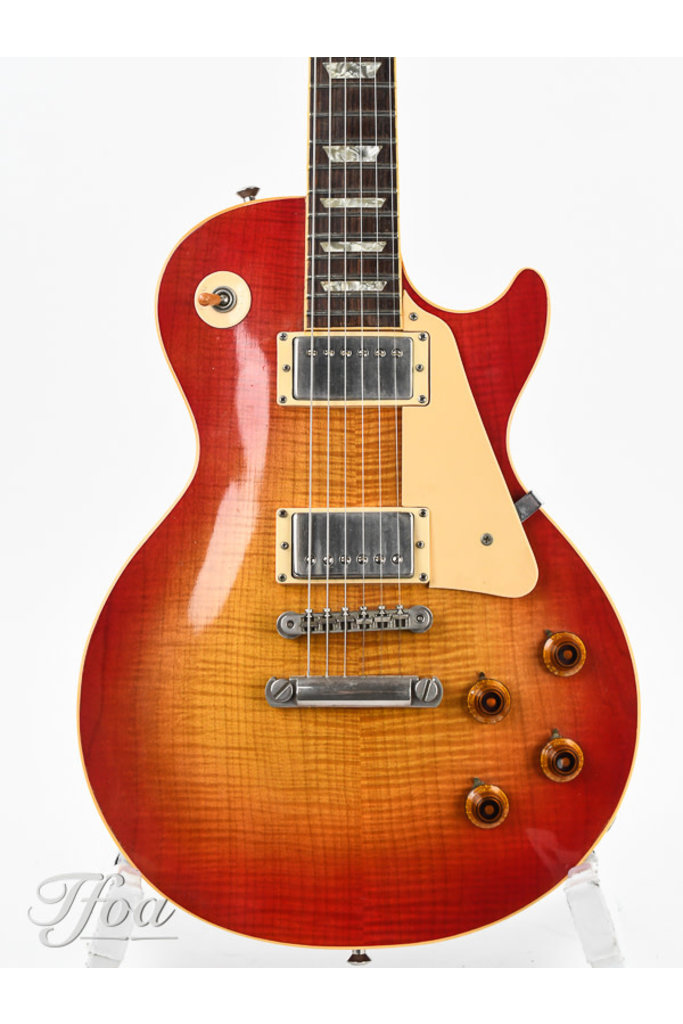 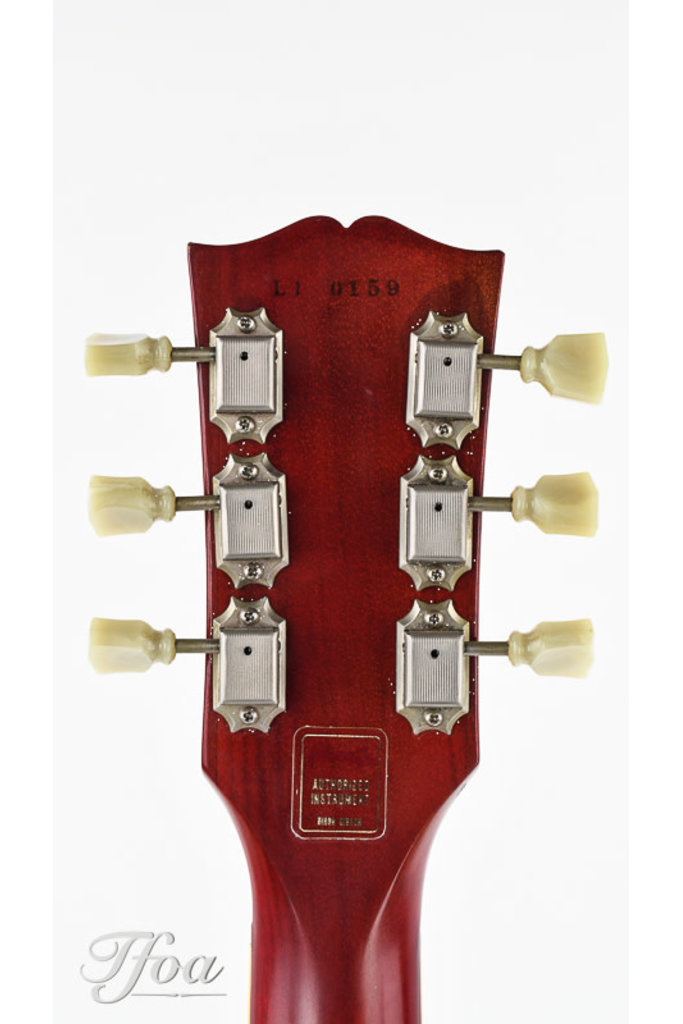 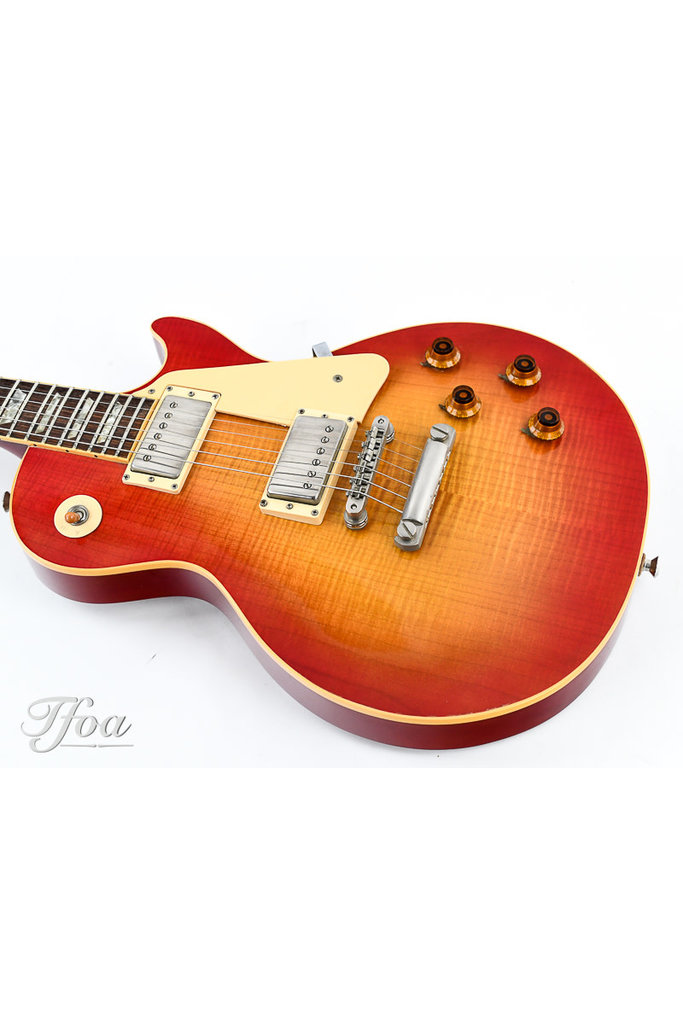 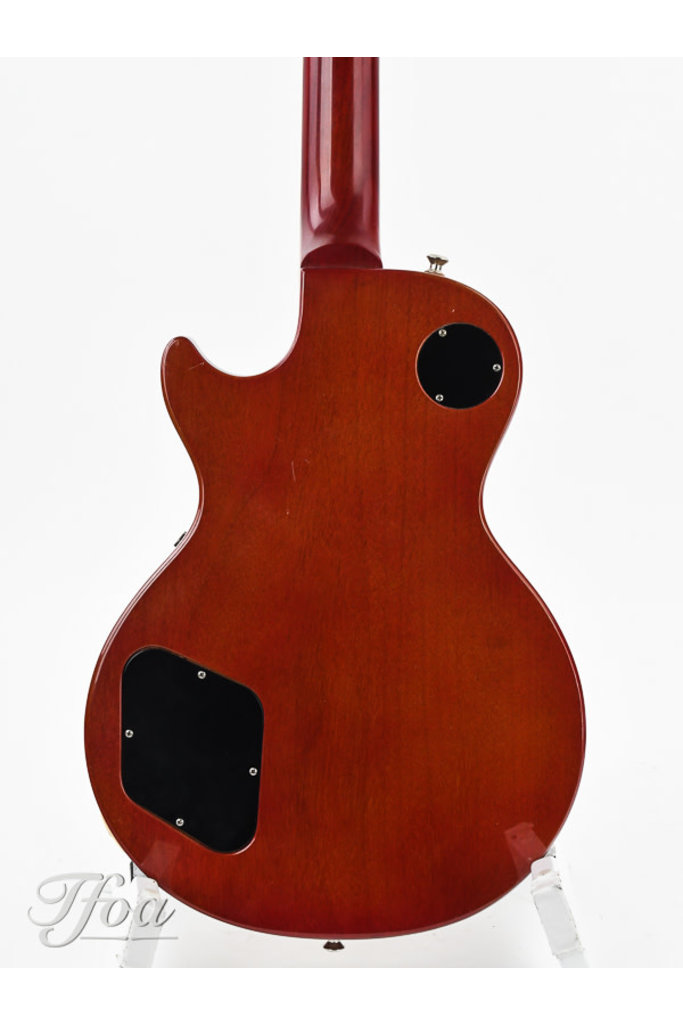 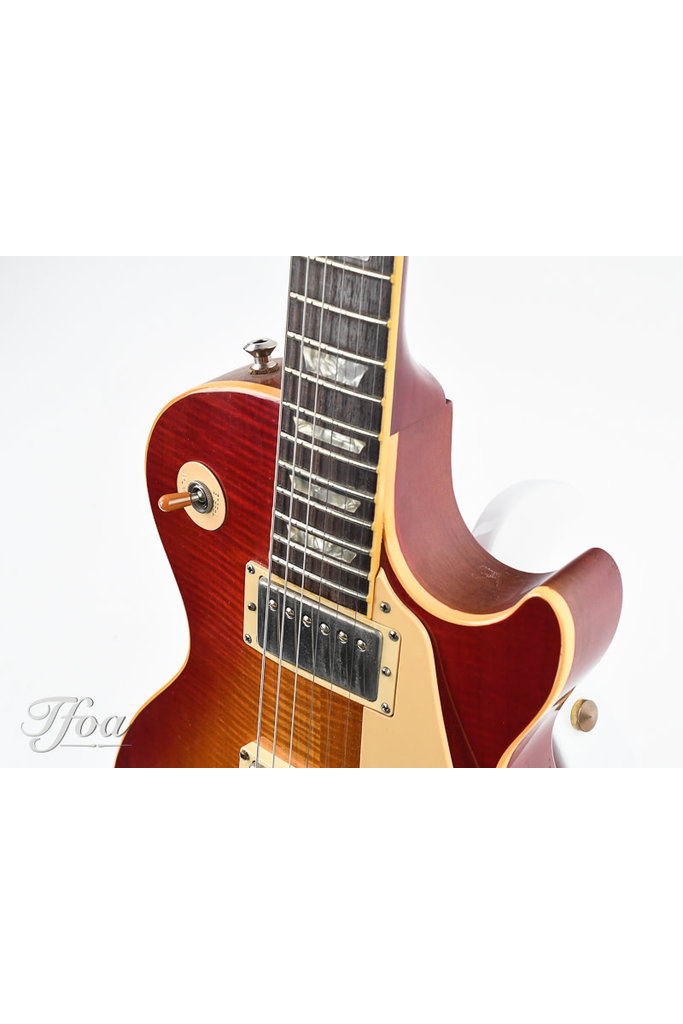 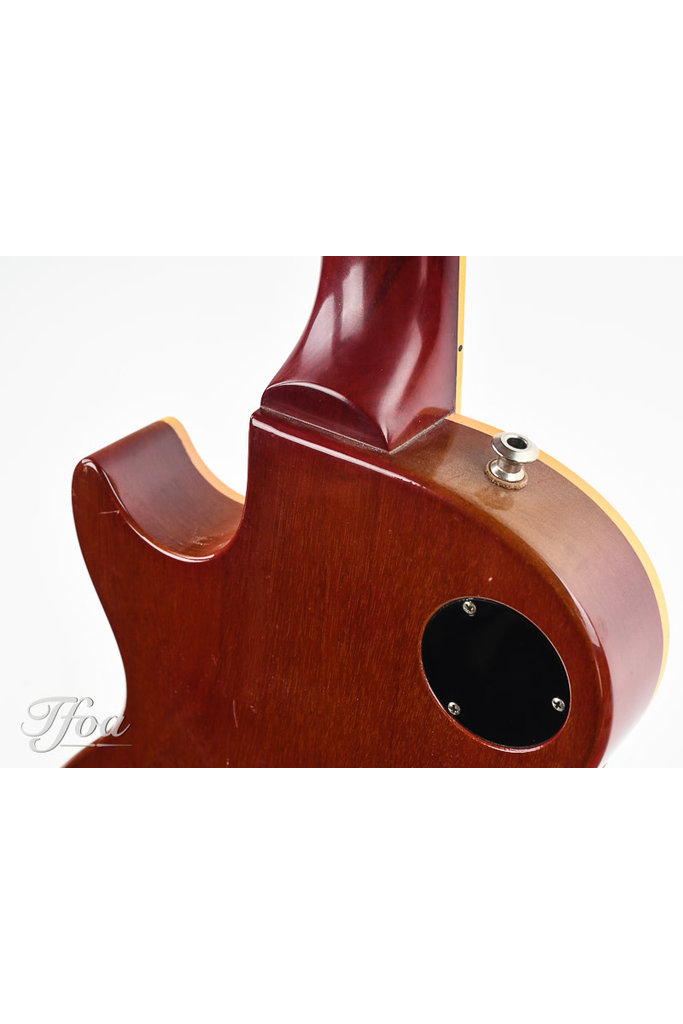 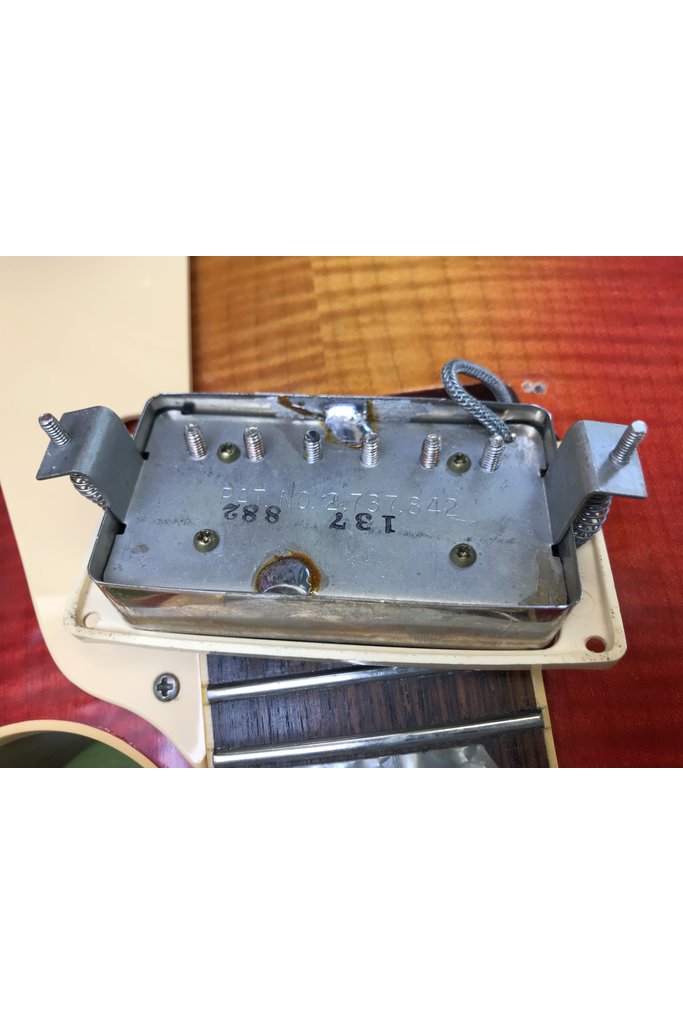 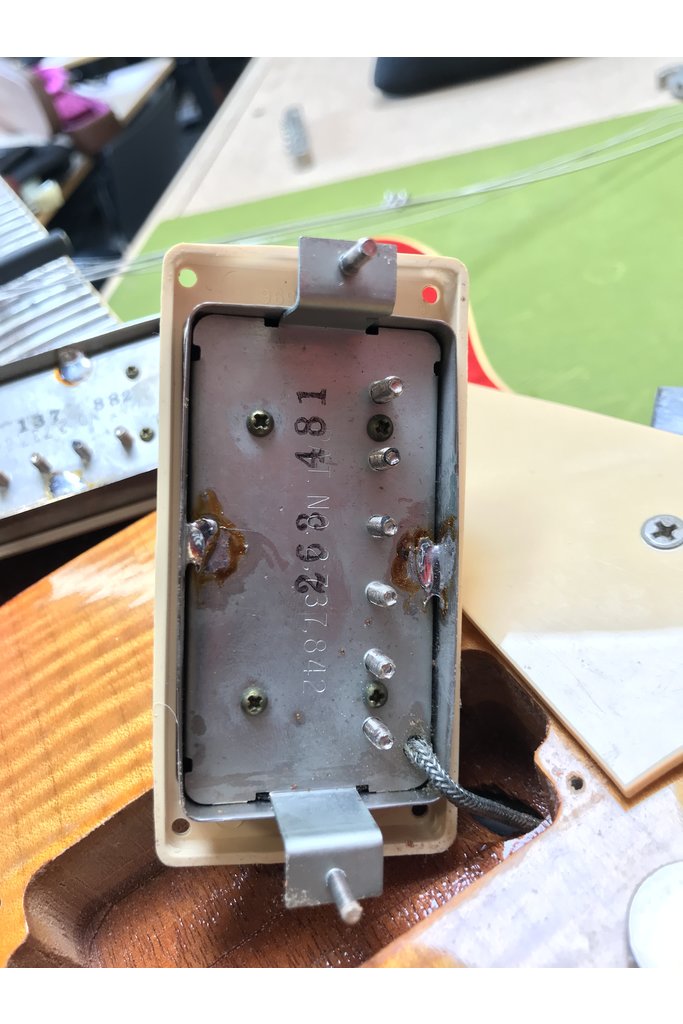 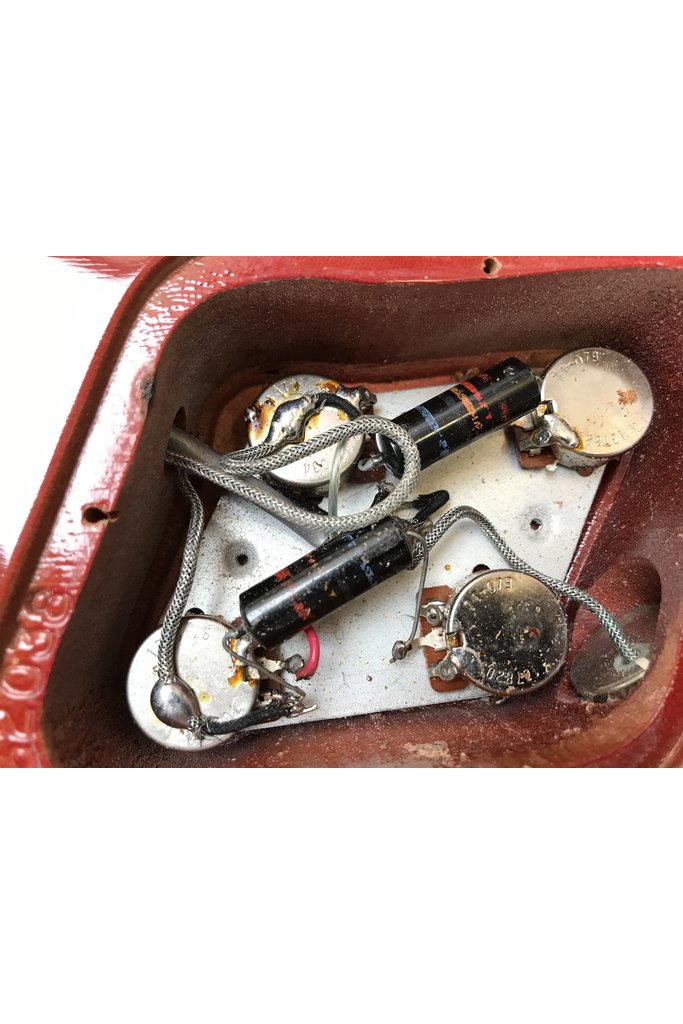 The Les Paul Leo models are basically the precursor of the Gibson's famous Custom Shop 1959 Reissue Les Pauls, also called R9. These Les Pauls are made for Leo's Music in Oakland and only around 600 pieces were made. This Leo's Reissue wears serial #0159 and was made in Kalamazoo, before Gibson moved to Nashville, which can be seen by the serial number in the control cavity.

These Les Pauls can be recognized by the breathtaking flamed maple tops, the thick but comfortable neck with '59 profile and the Tim Shaw pickups that are a fantastic interpretation of a P.A.F.

This Leo's Les Paul is completely original and contains the great sounding Tim Shaw pickups. The neck element has an output of 7.10 kOhm and the bridge reads 7.48 kOhm. This vintage Gibson is very clean for its age and is in excellent condition with some light traces of use over the body, including some deeper traces on the back. 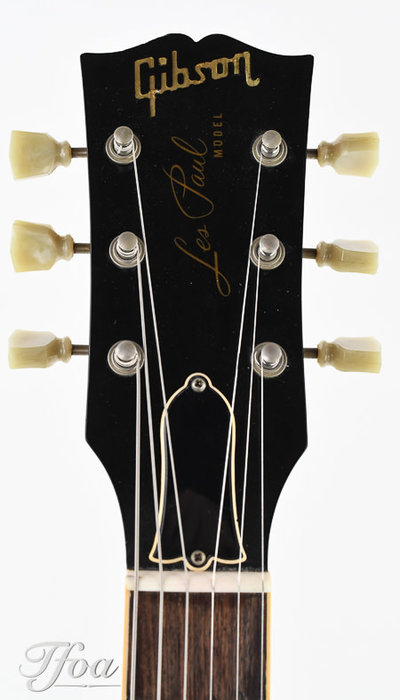