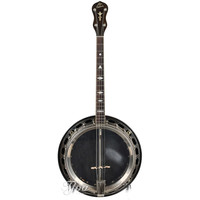 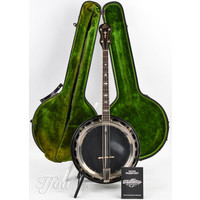 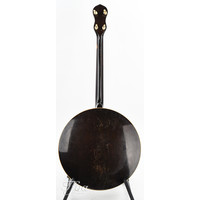 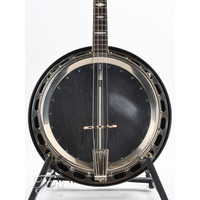 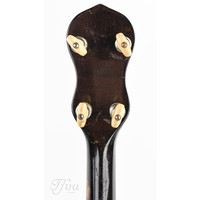 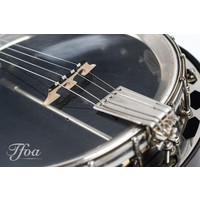 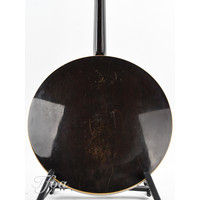 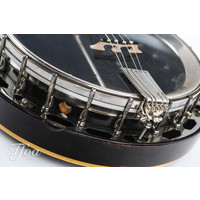 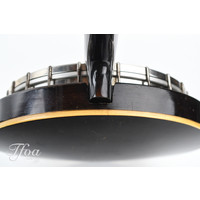 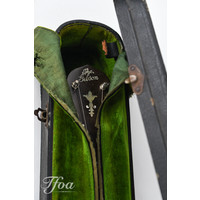 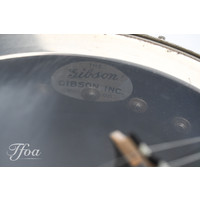 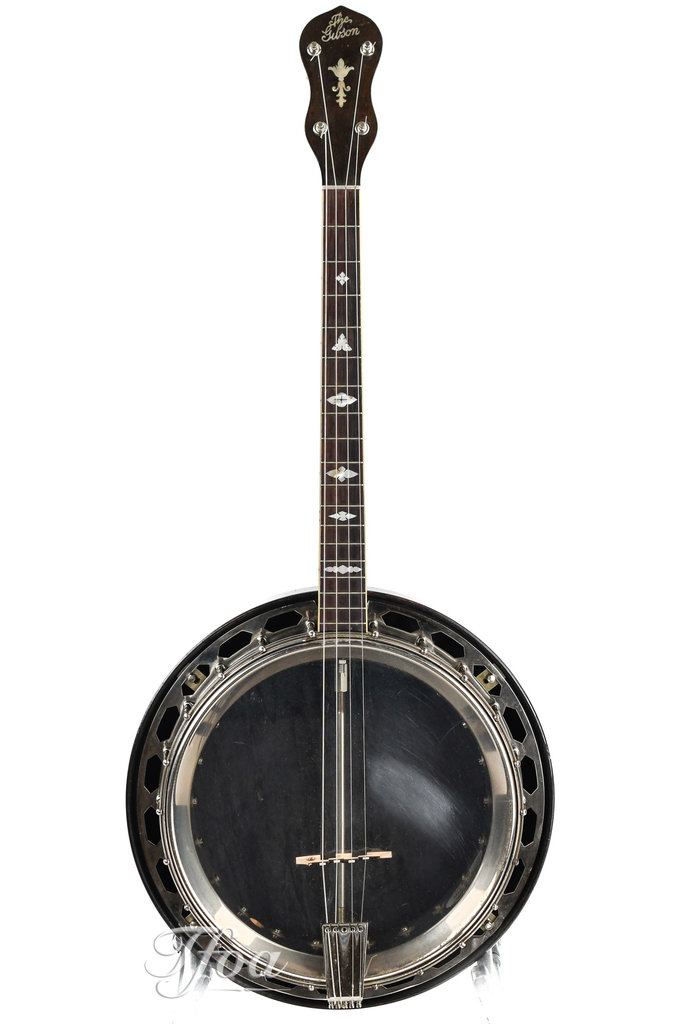 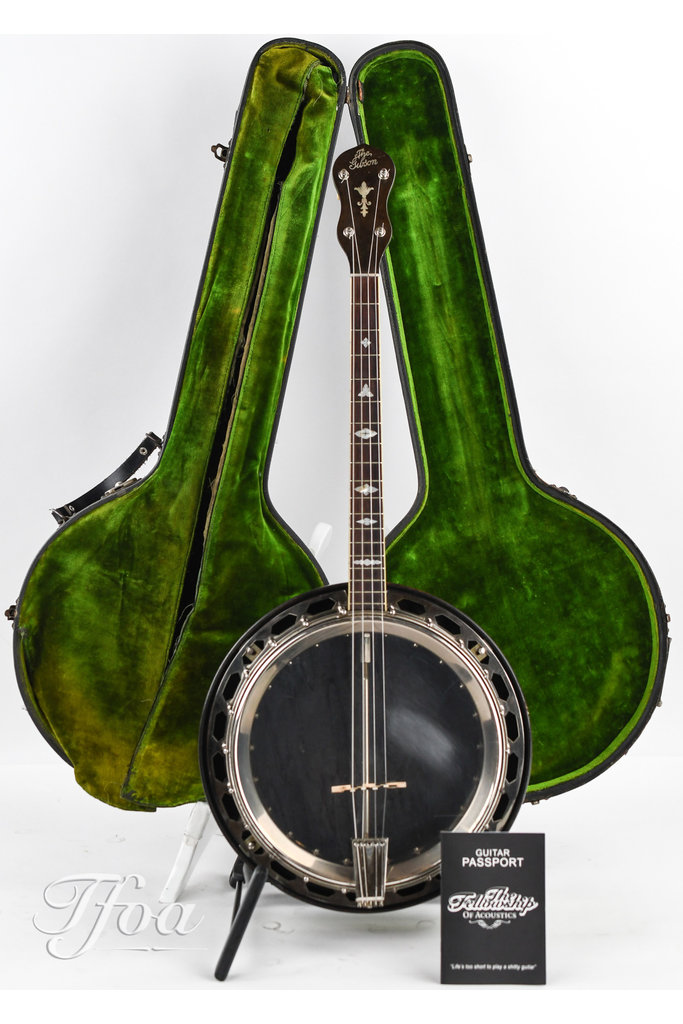 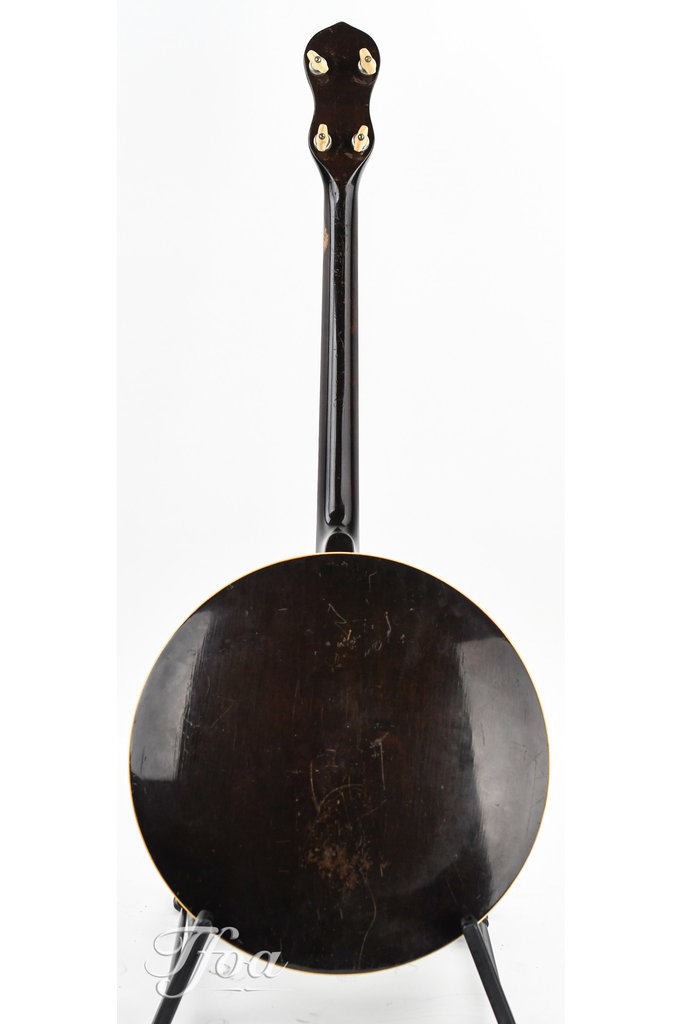 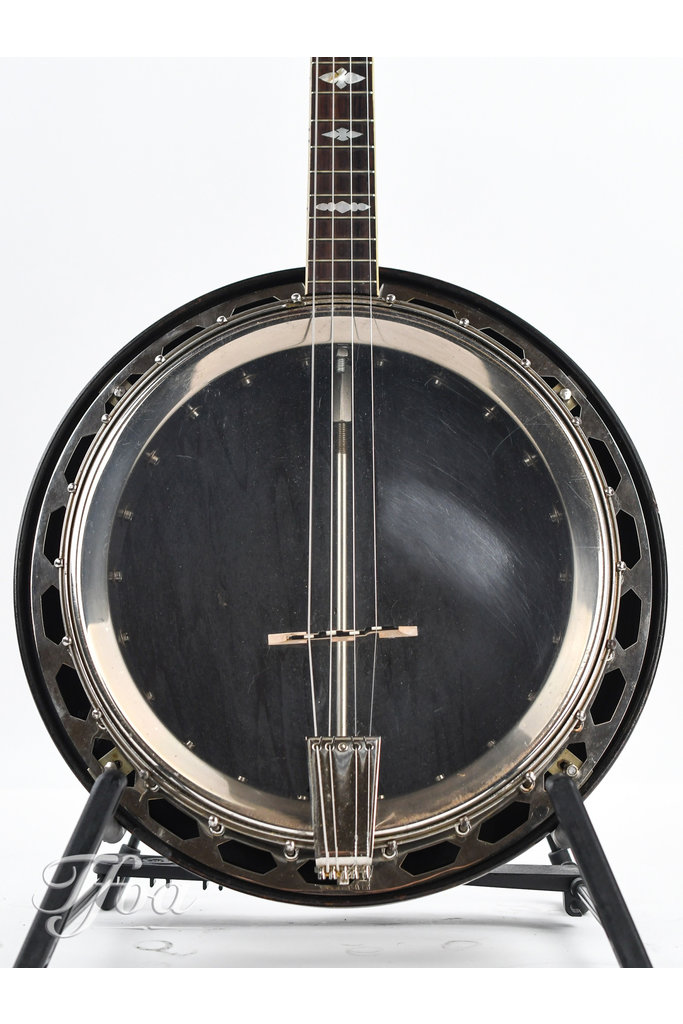 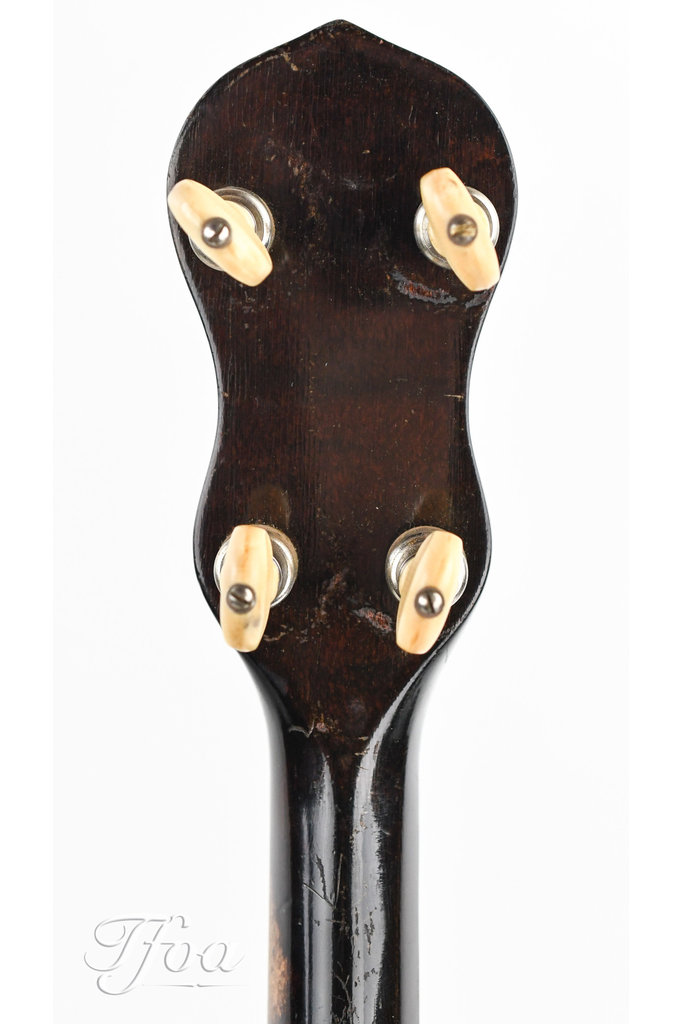 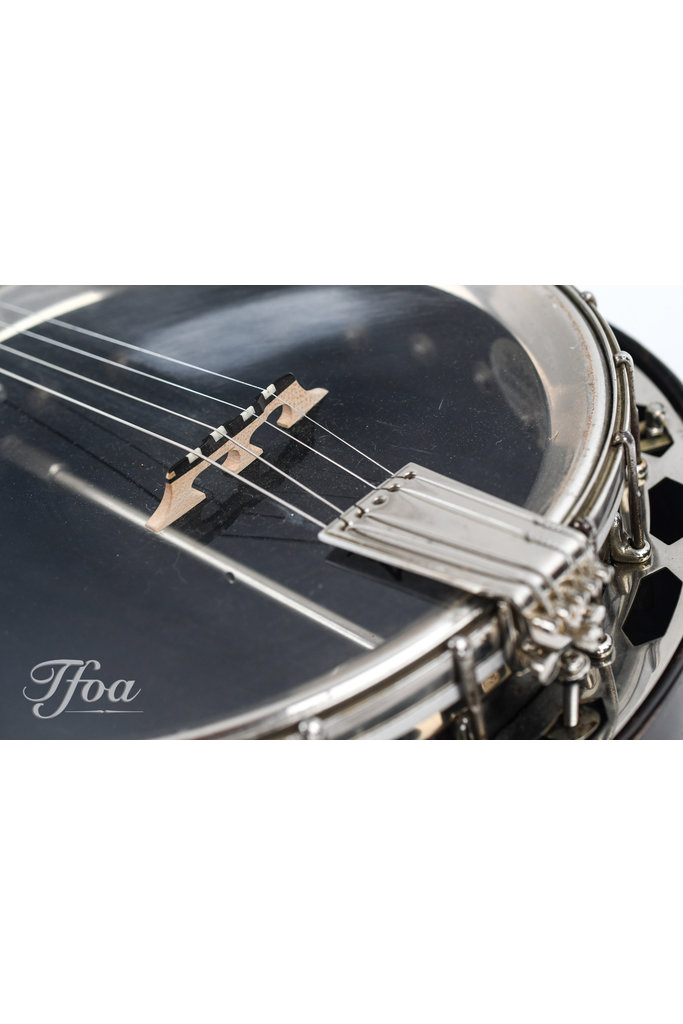 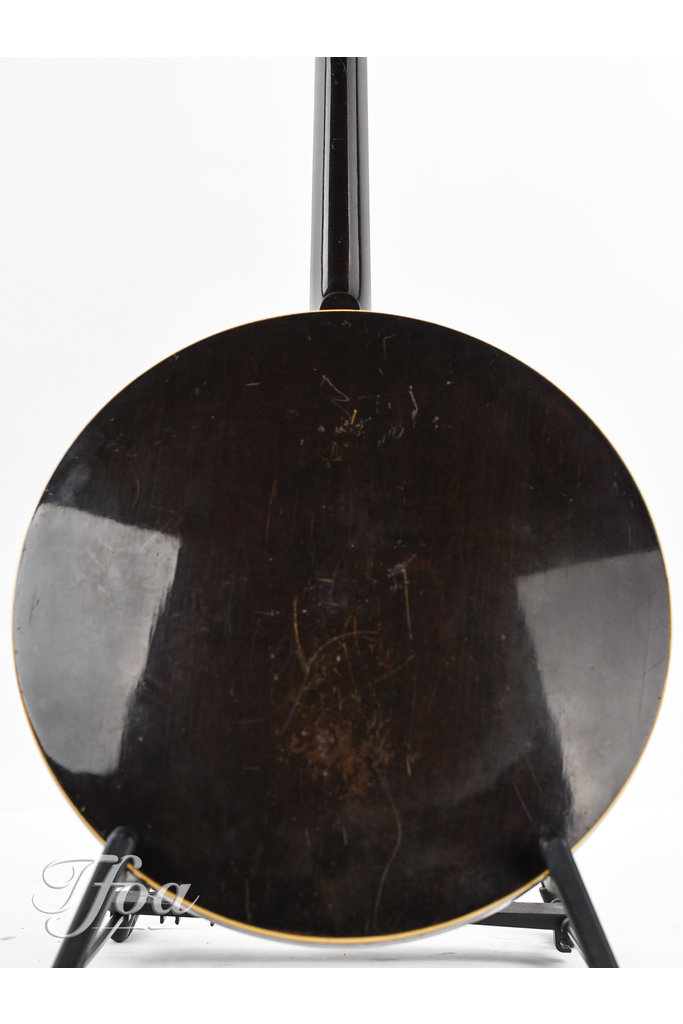 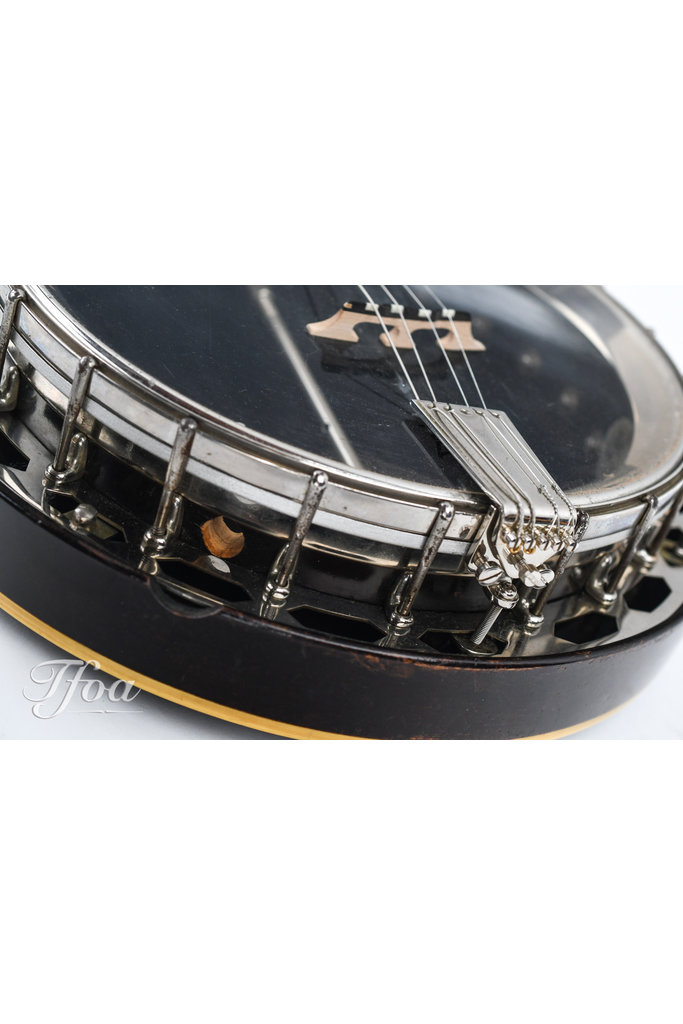 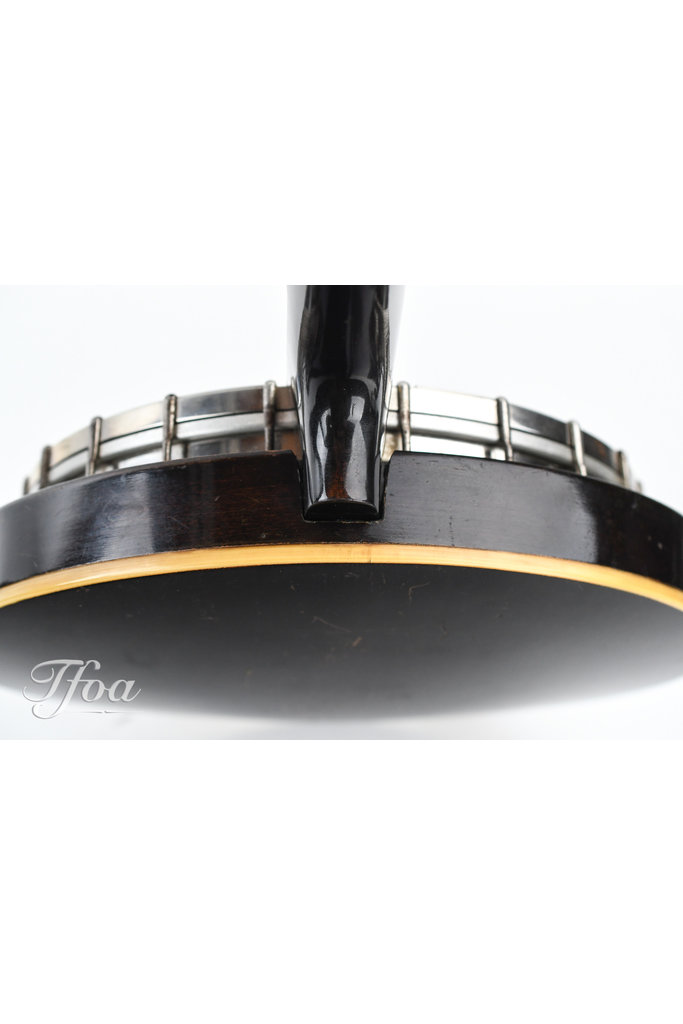 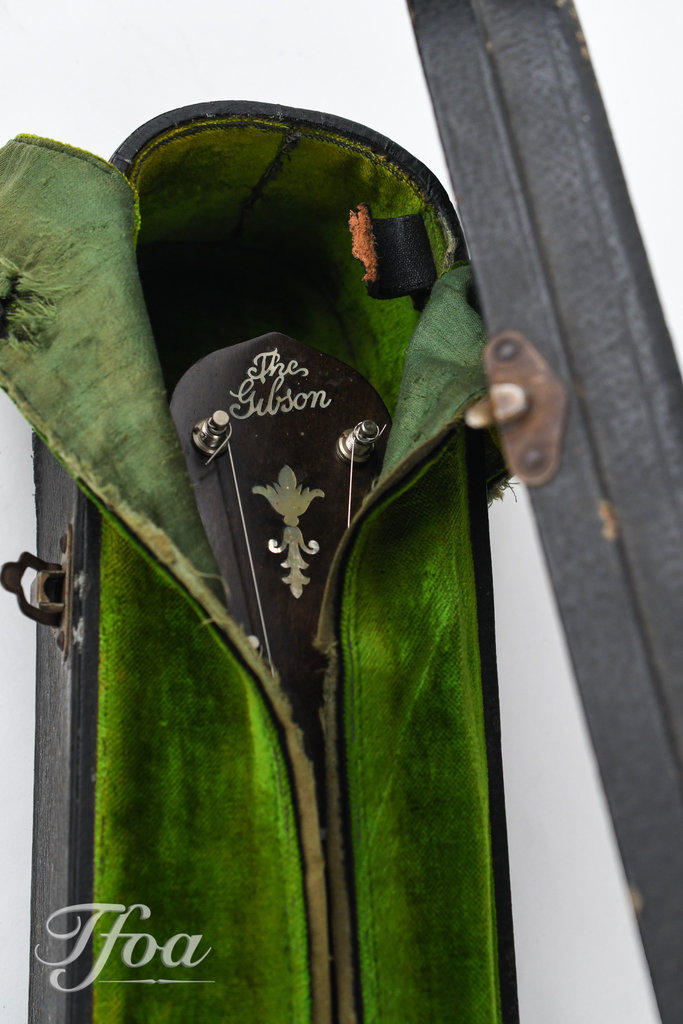 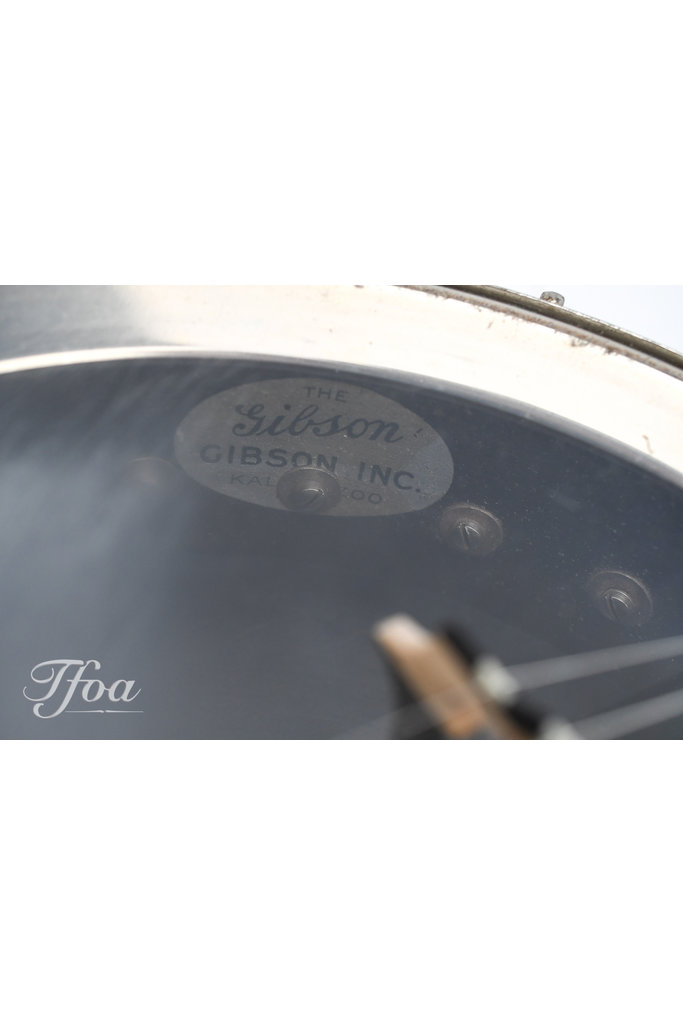 In 1918 the ragtime, tango, dance band era was in full swing and the tenor banjo was in high demand. A bit late to the party, the Gibson Mandolin-Guitar Manufacturing Company introduced their first banjos that same year, the first one however did not ship until 1919.

Being late to the party did not seem to matter for Gibson because both the tenor- and 5-string models quickly became a roaring succes. This TB2 Tenor Banjo from 1928 is a particularly interesting model. It has a birch resonator, maple neck, bound rosewood fretboard and beautiful pearl Nick Lucas style position markers. As soon as you open up the original hardshell case the pearl Gibson Script logo on the pear headstock veneer immediately stands out together with the flowerpot inlay just beneath it. The case also has a built in protective cover which you have to fold away in order to get to the instrument further enhancing the feeling that you've got something special. The instrument is in magnificent condition for its age with expected signs of use. This TB2 was converted from a Ball Bearing tone ring to a Flathead, a Sullivan Tone Ring was used (First Quality Music Suppliers Louisville). The Presto tailpiece was also replaced with a Kerschner specimen. 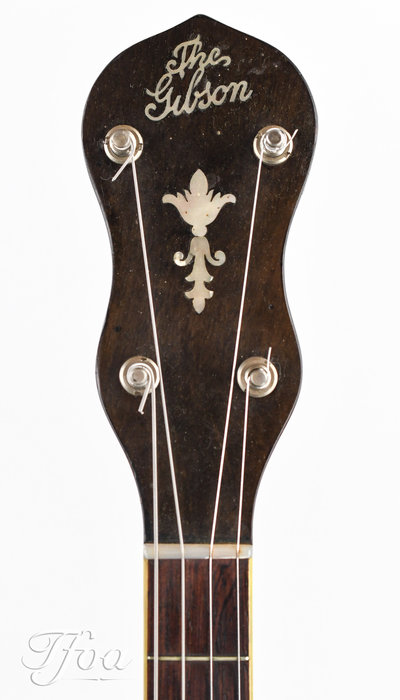