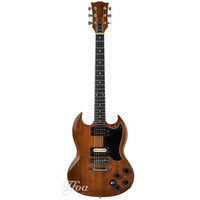 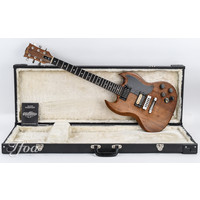 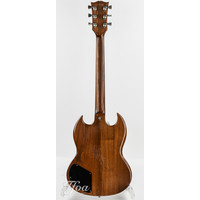 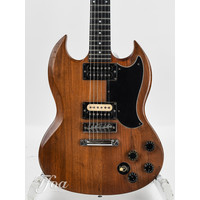 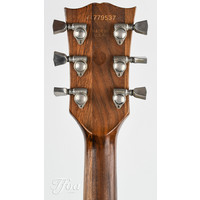 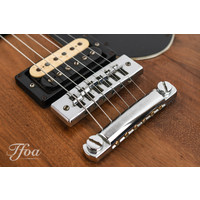 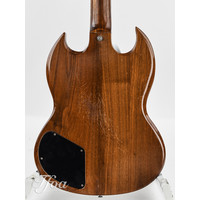 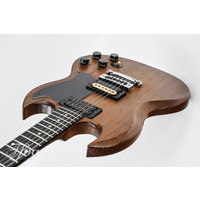 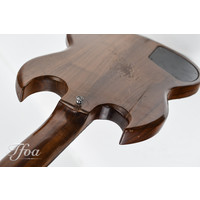 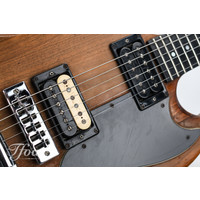 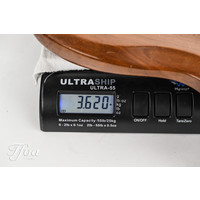 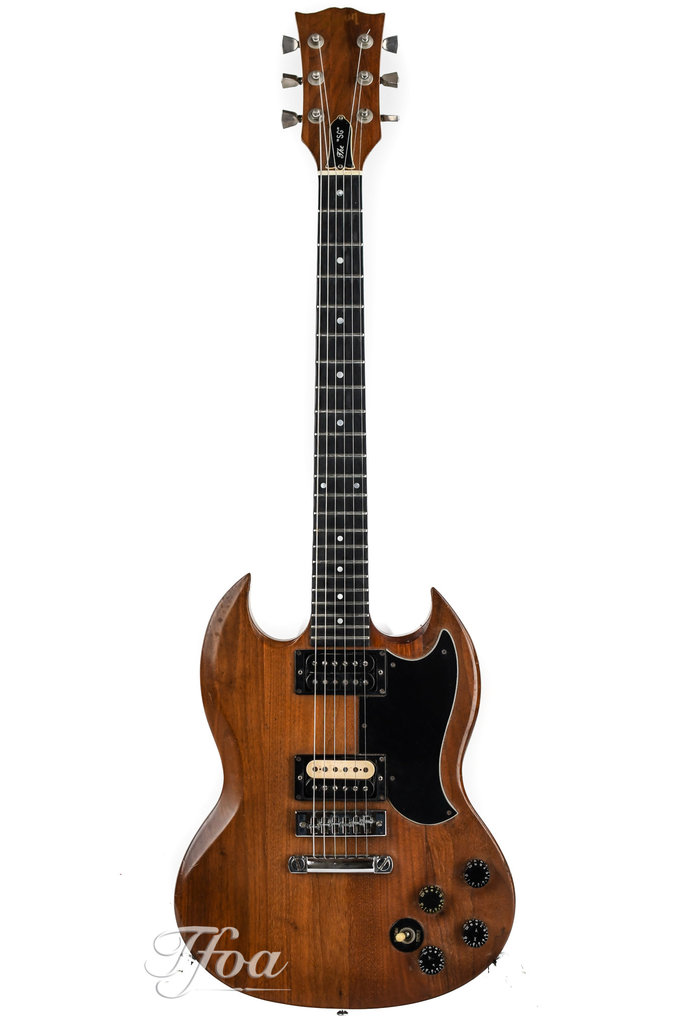 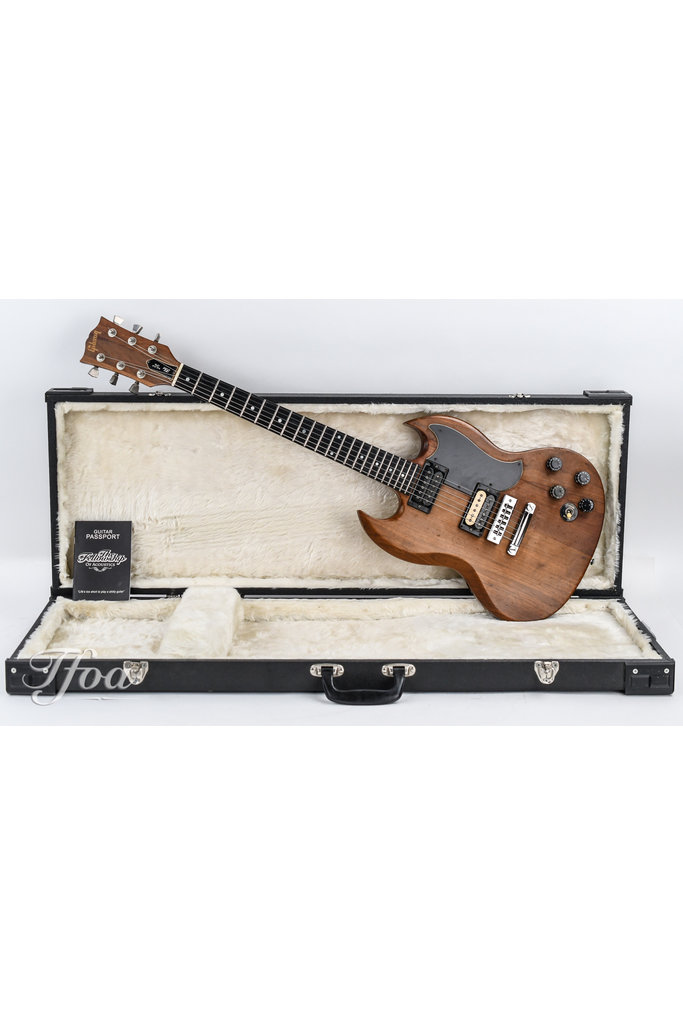 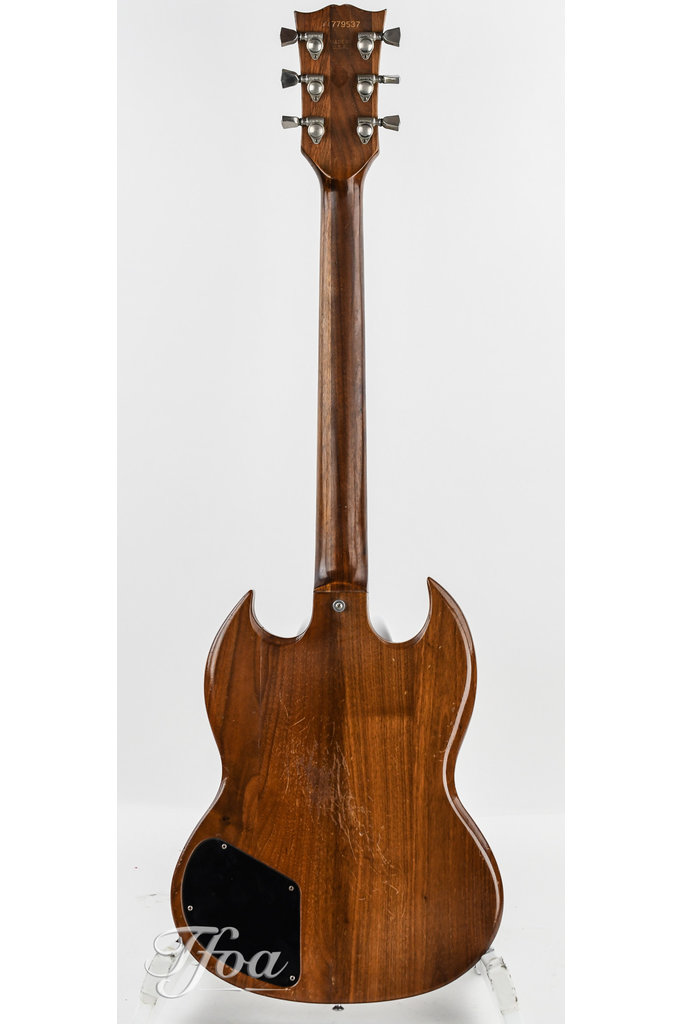 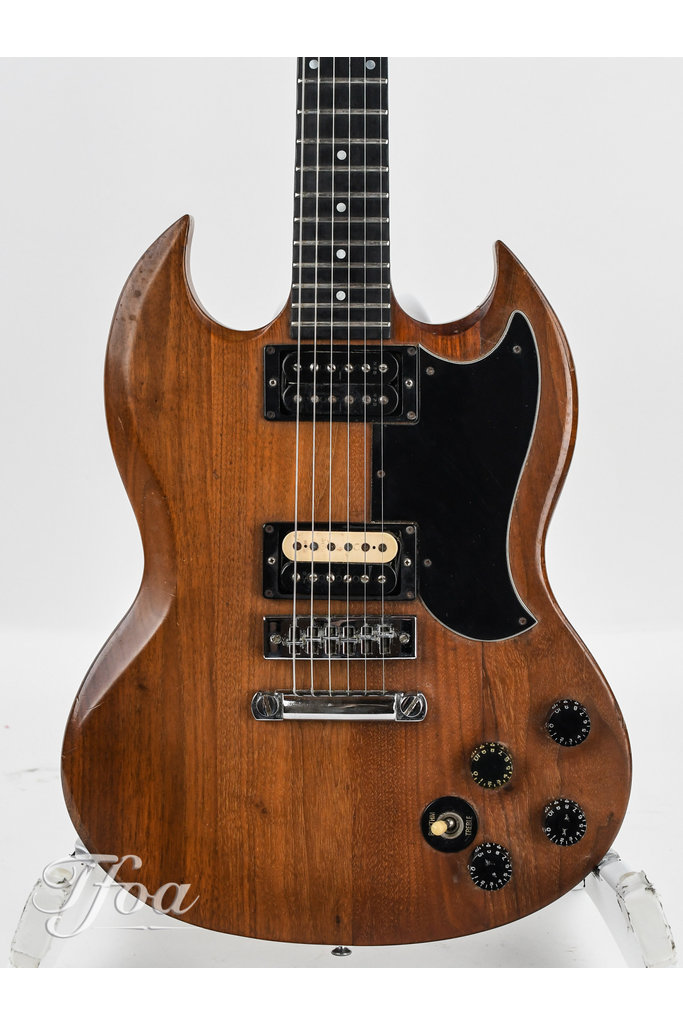 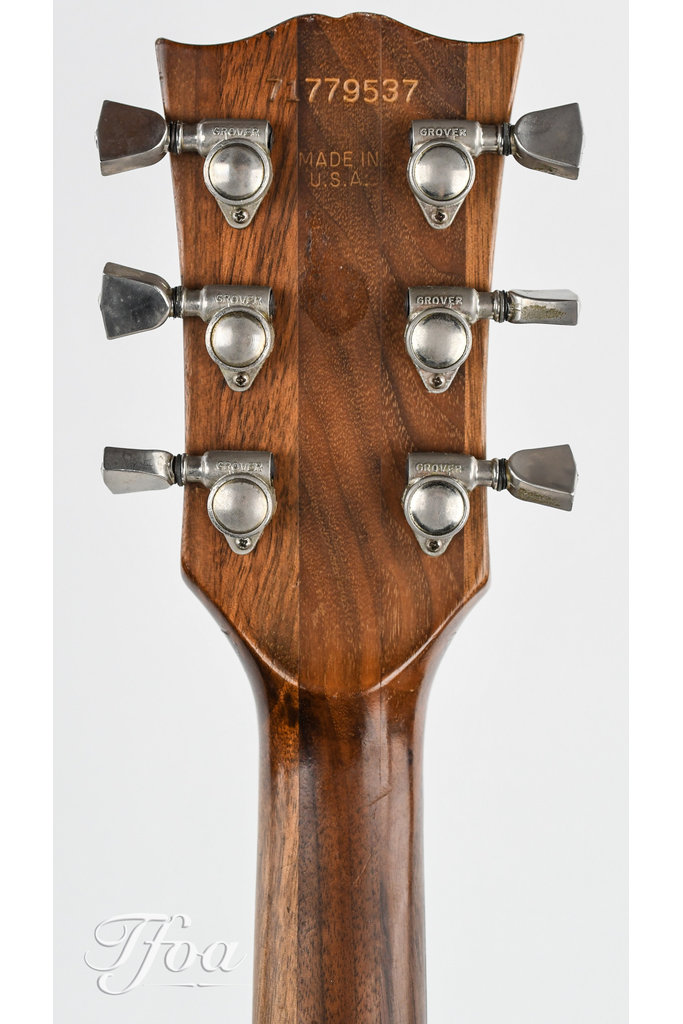 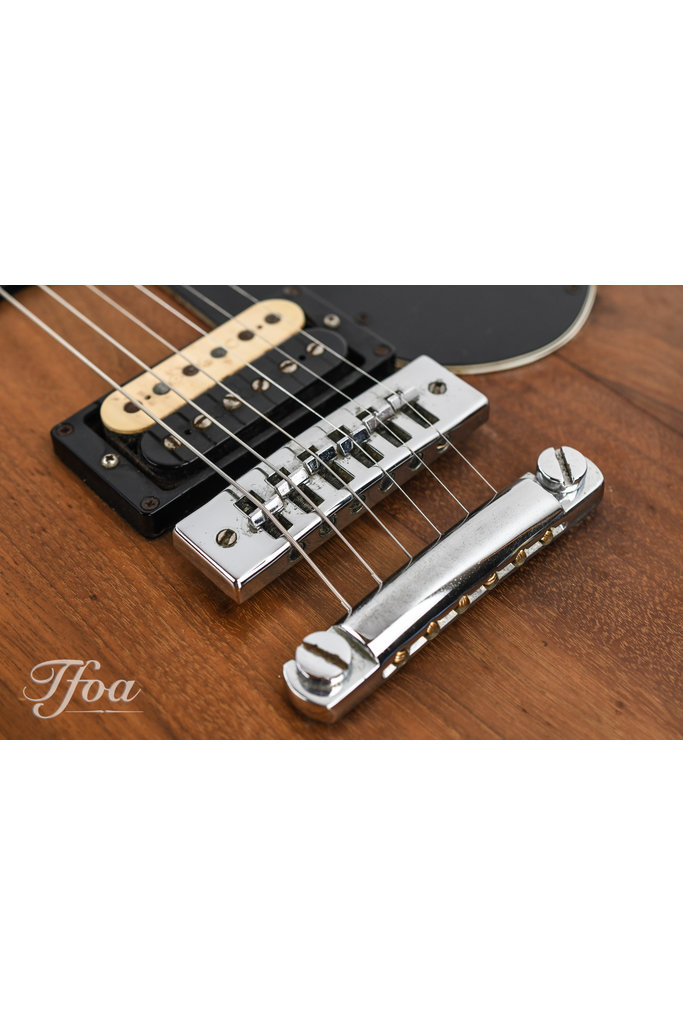 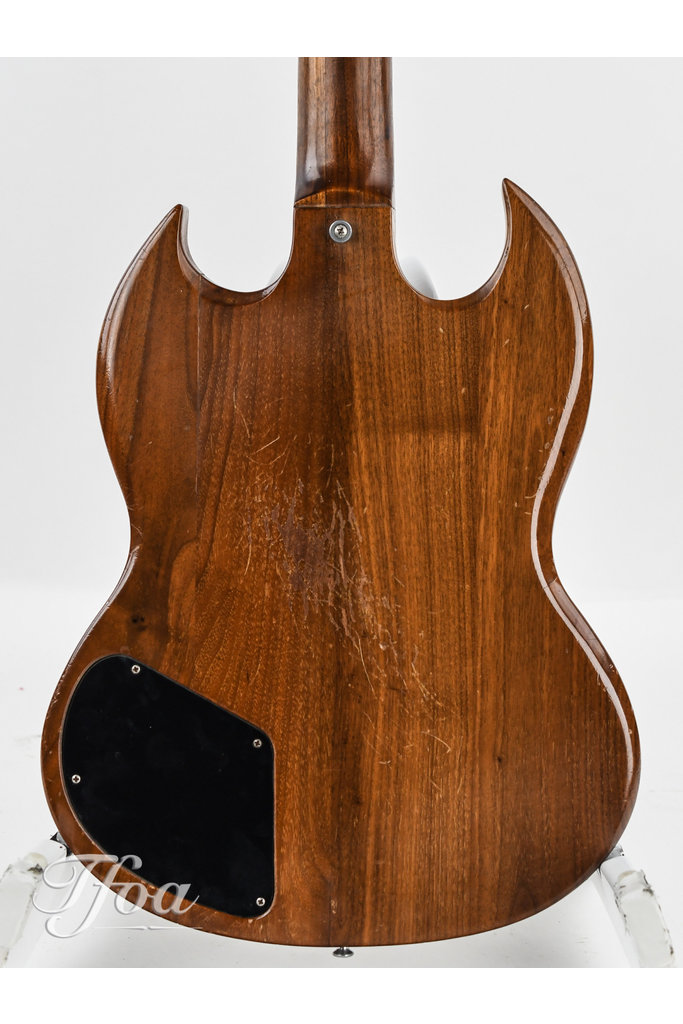 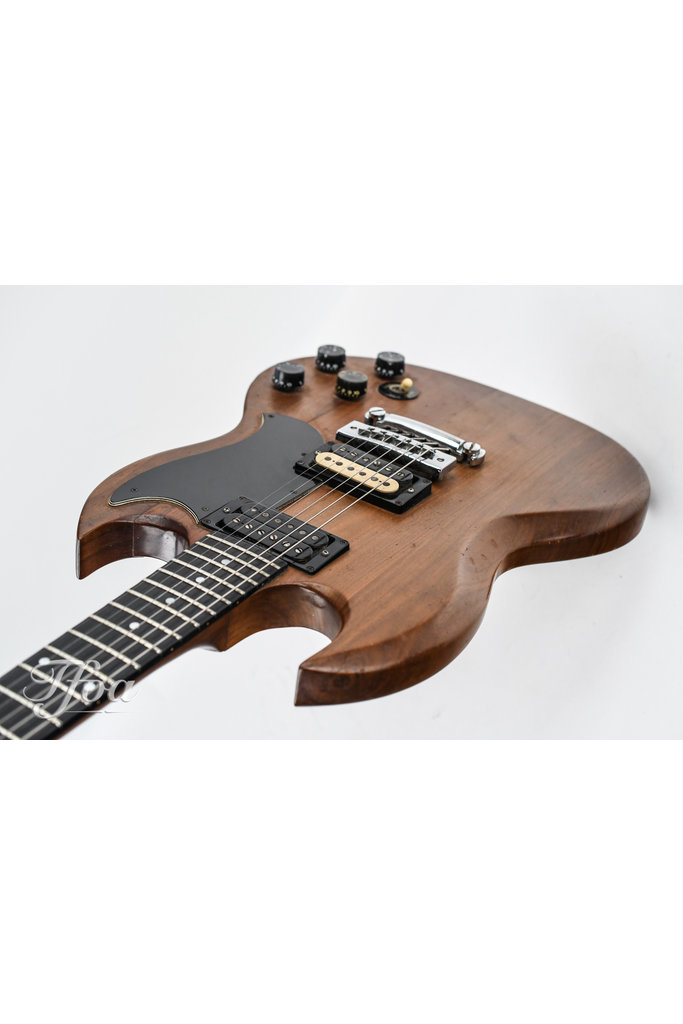 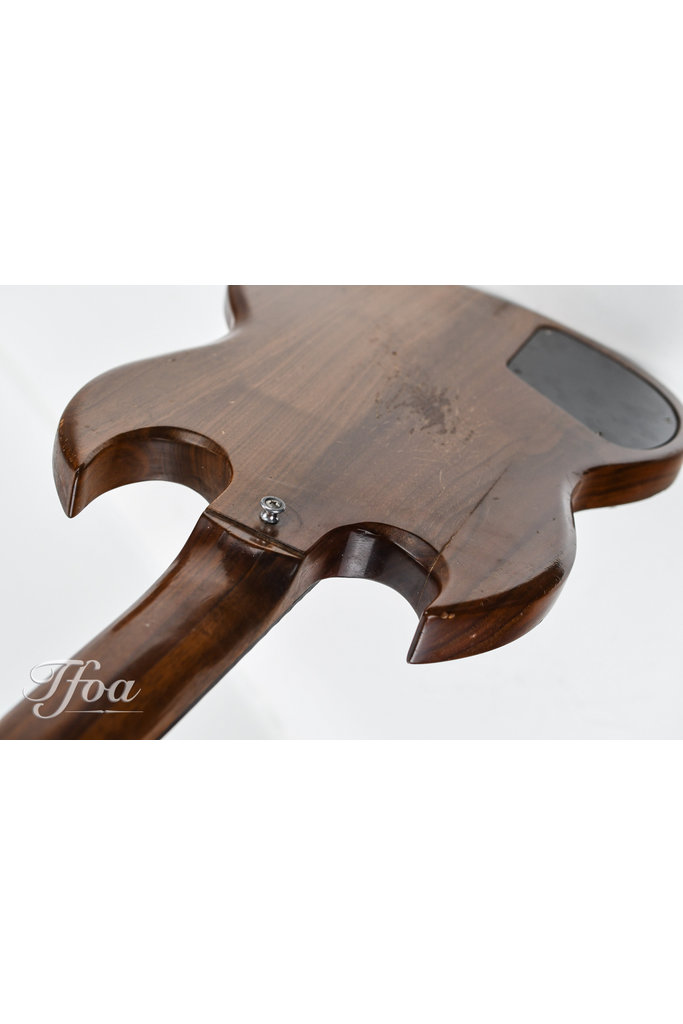 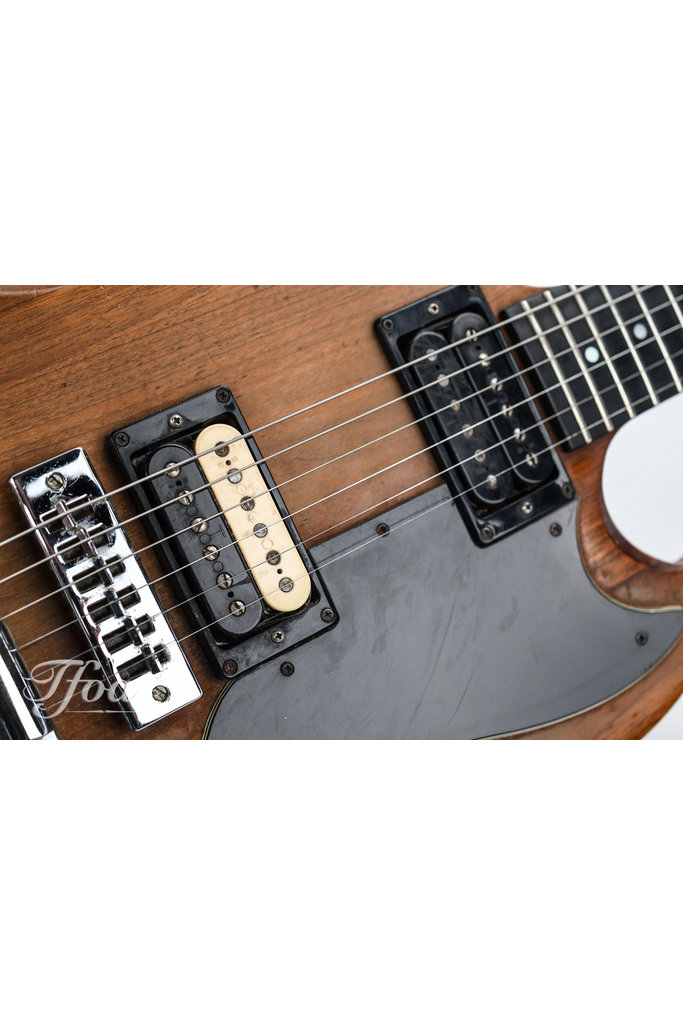 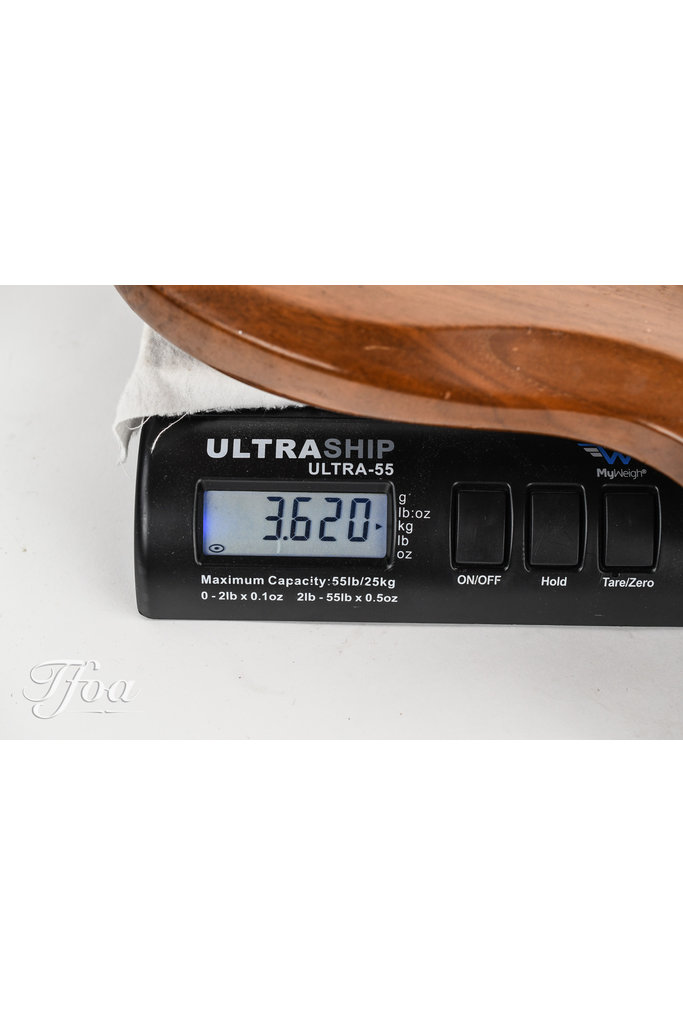 Gibson The SG from 1979. The "The SG" model was introduced in 1979 following the "The Paul" model a year earlier. Both models were entry versions of the SG and Les Paul featuring natural finished multi-piece walnut bodies and necks, ebony fretboards and Grover tuners with metal tulip buttons. A year later in 1980 the "The SG" model was replaced by the SG Firebrand with a burned Gibson logo instead of the gold Gibson logo. Condition is Very Good; the instrument has the expected playwear and signs of use matching its age. The original switch tip is still attached but missing the lower part and three of the knobs have been replaced. The two original T-top humbuckers - one zebra, one all black - sound great. Includes newer hardshell case. 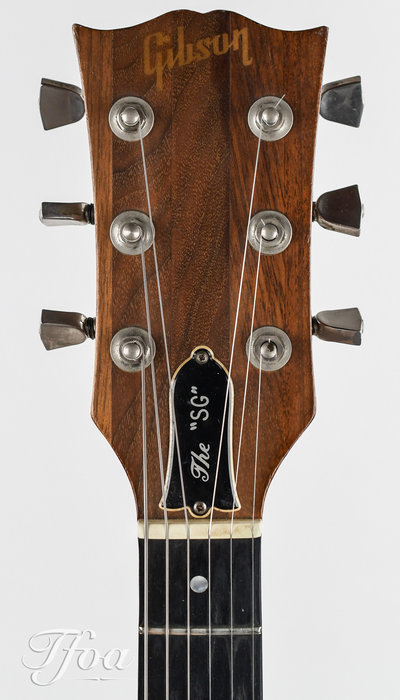