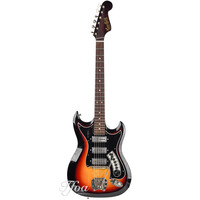 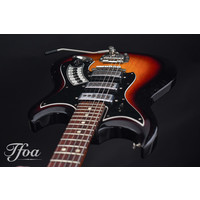 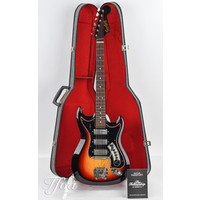 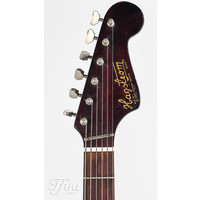 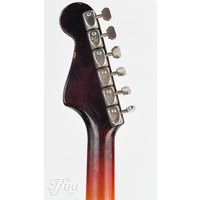 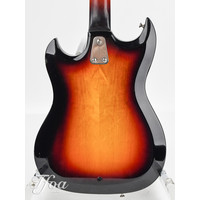 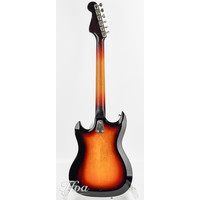 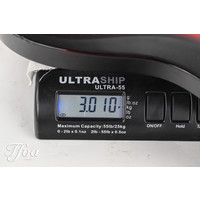 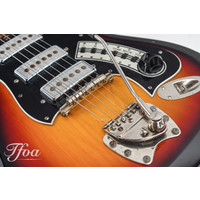 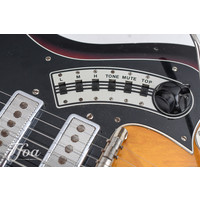 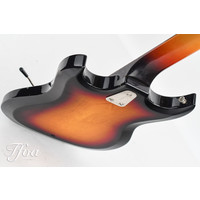 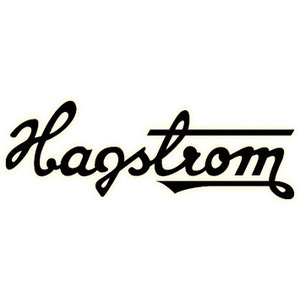 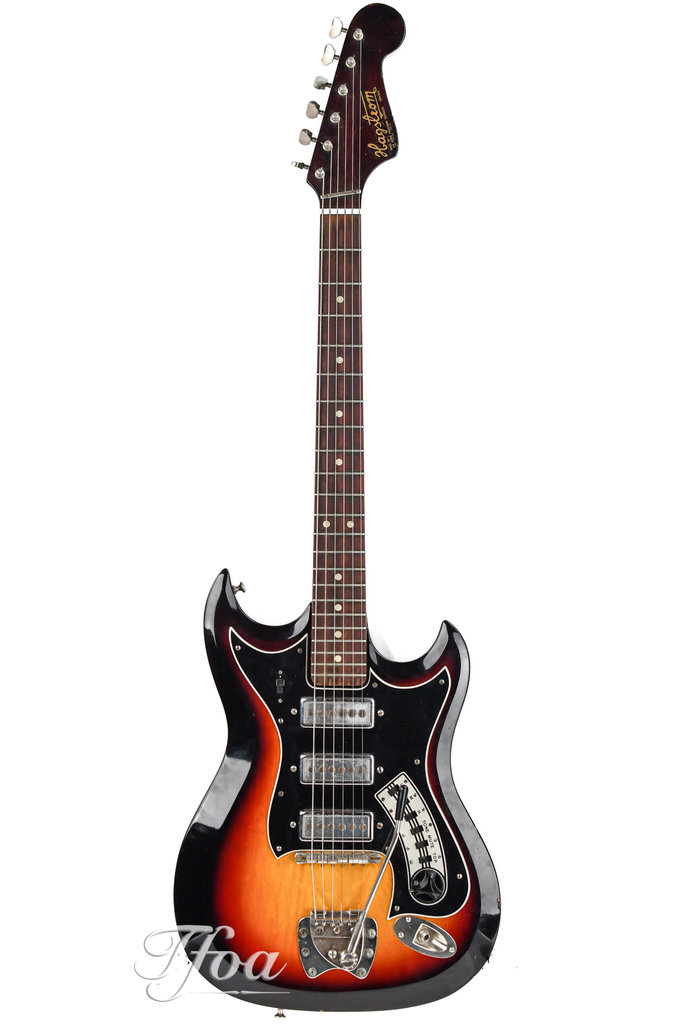 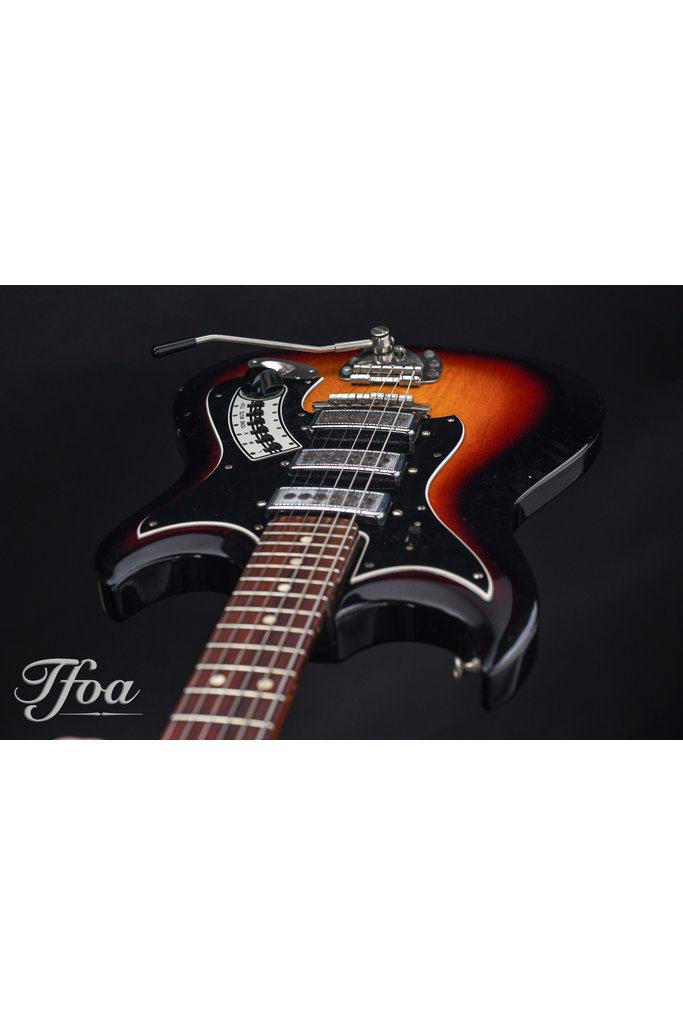 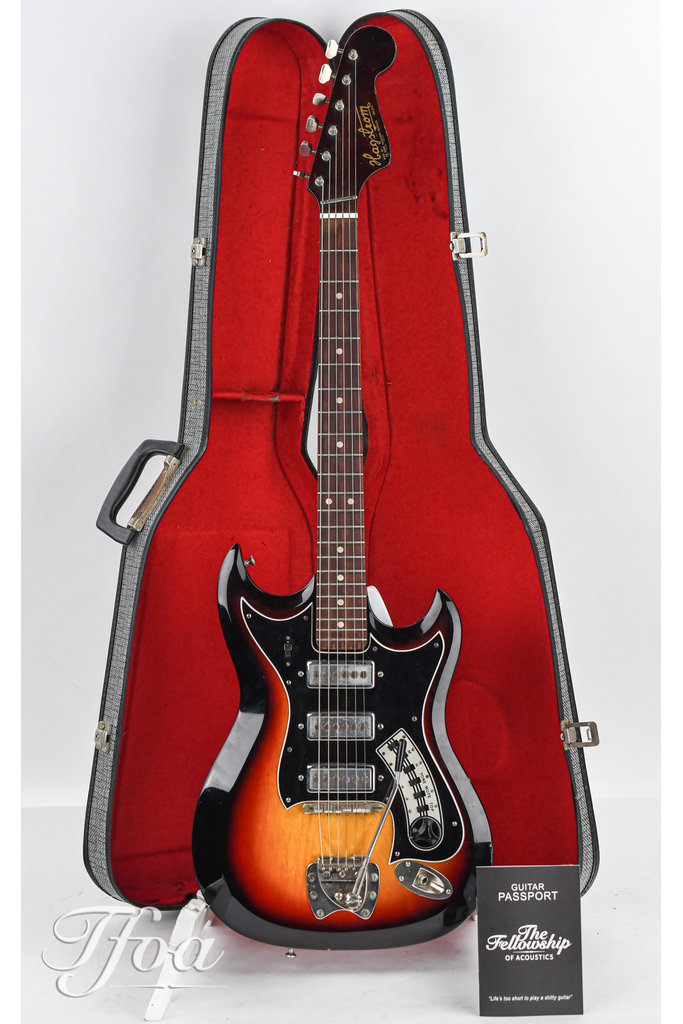 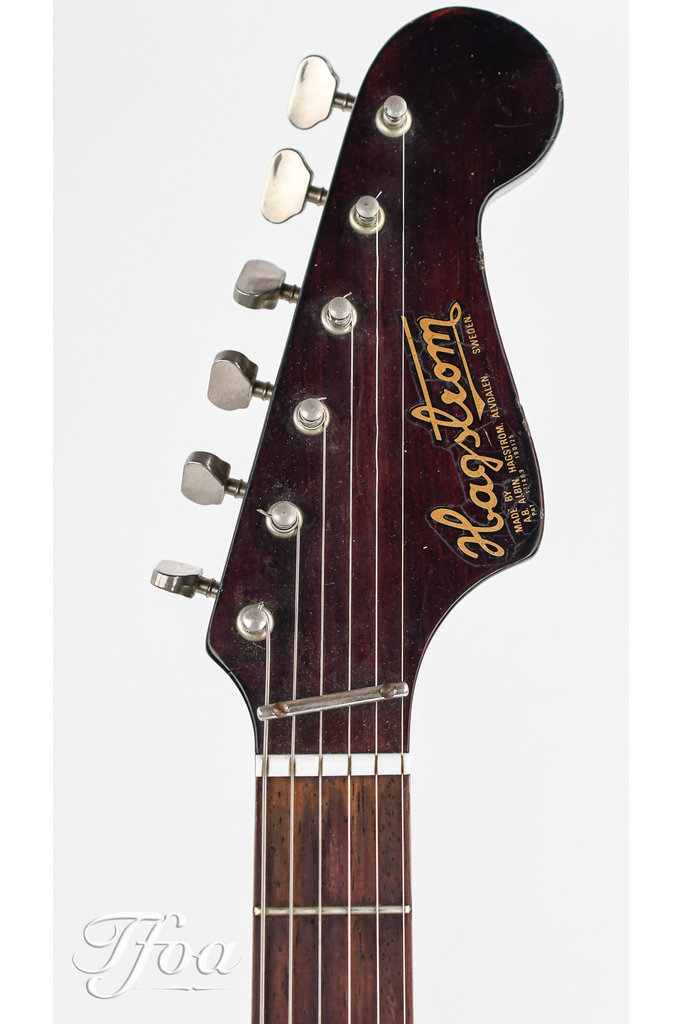 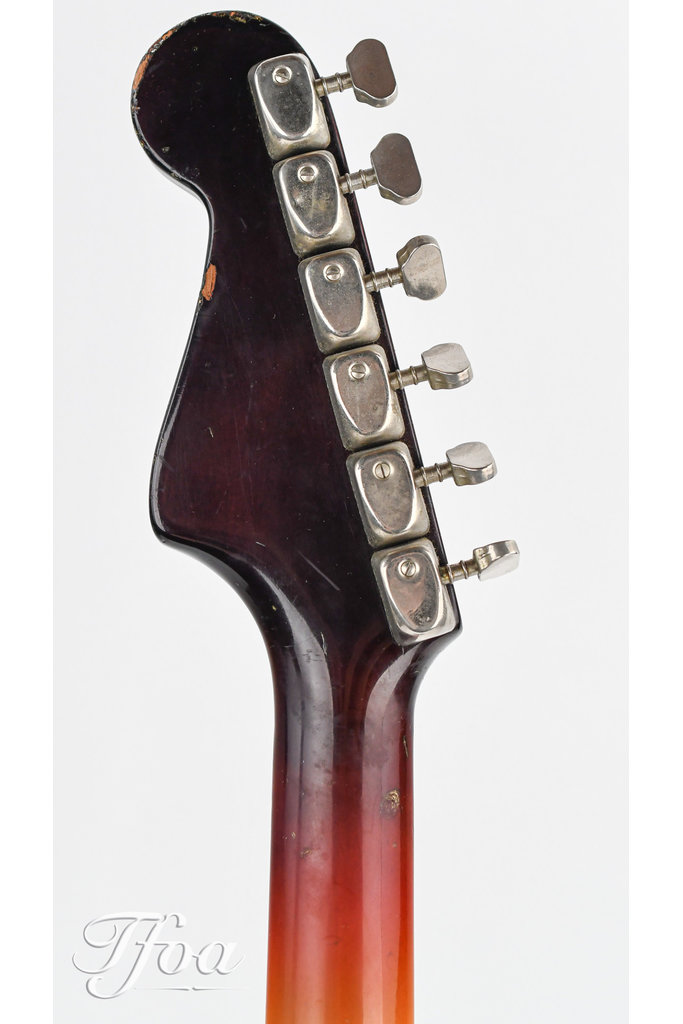 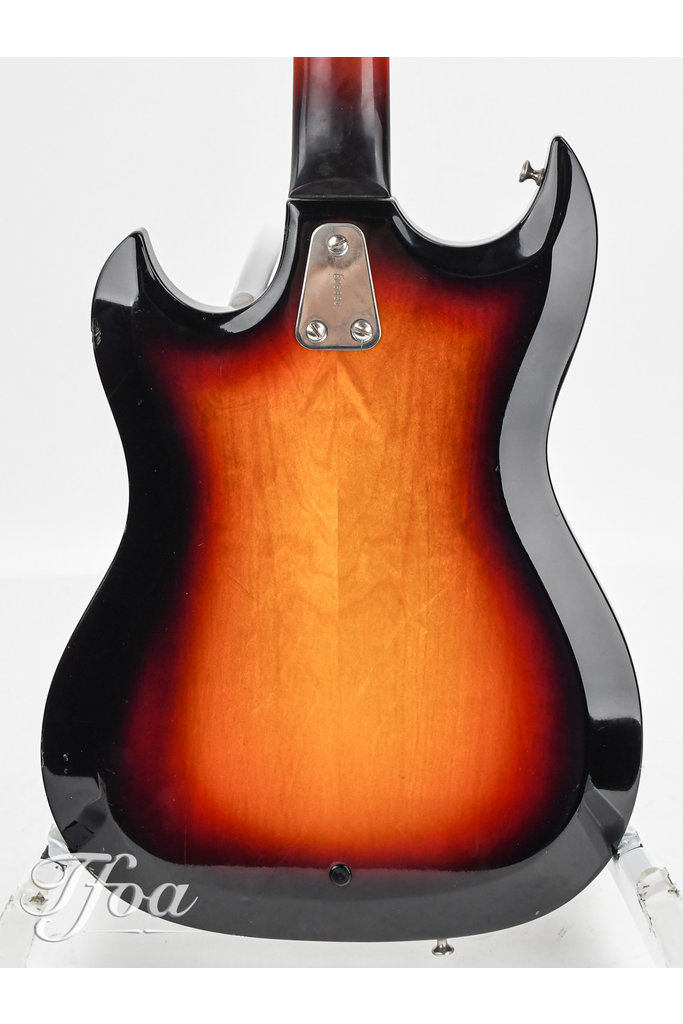 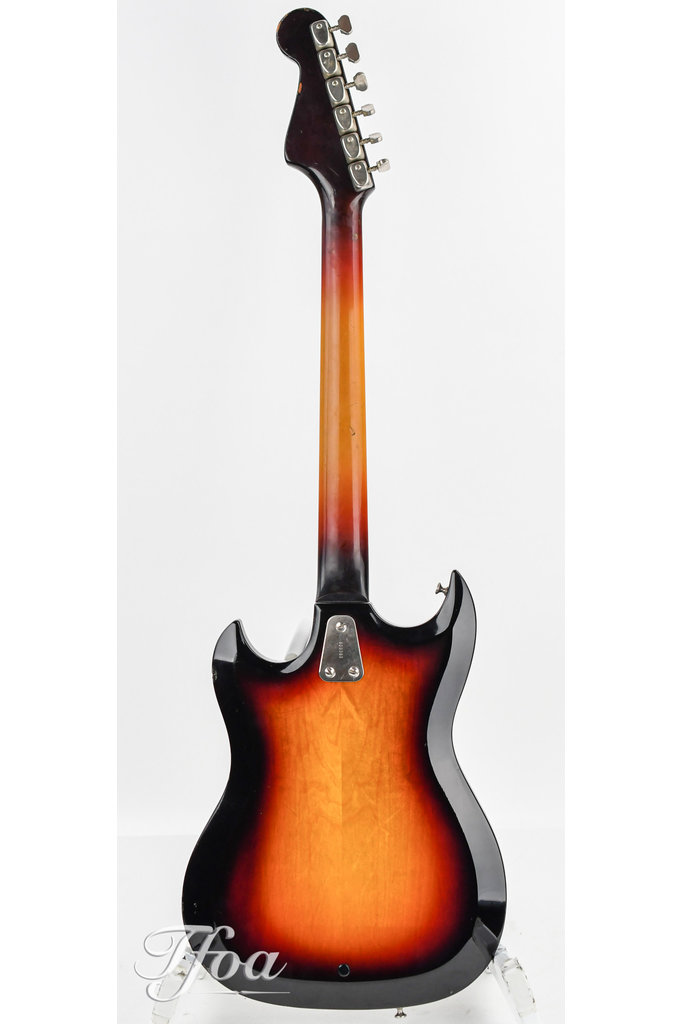 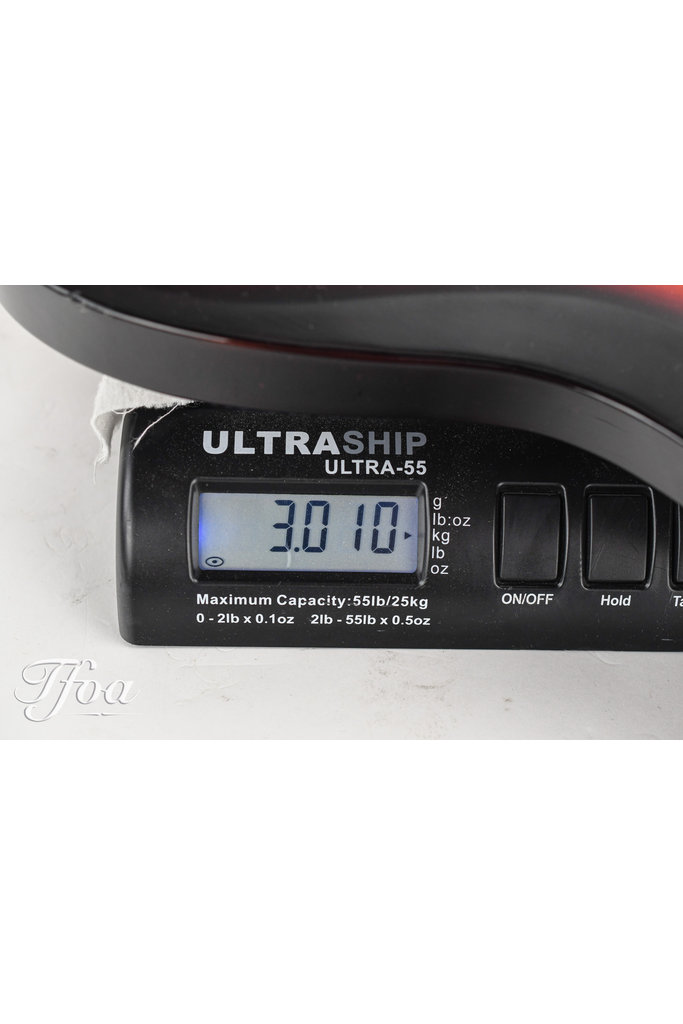 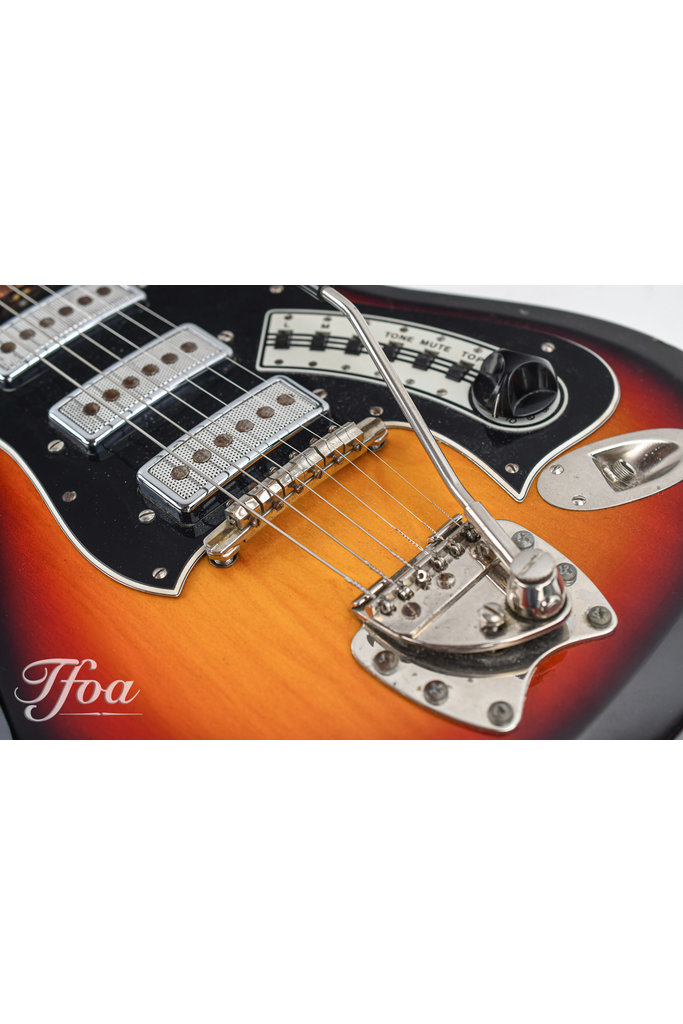 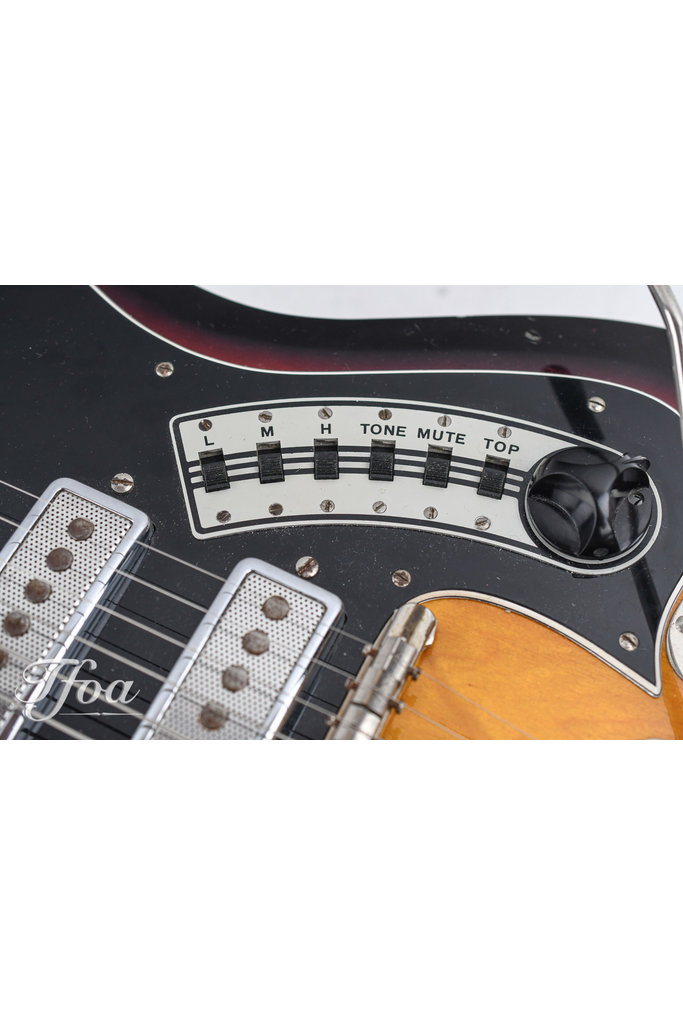 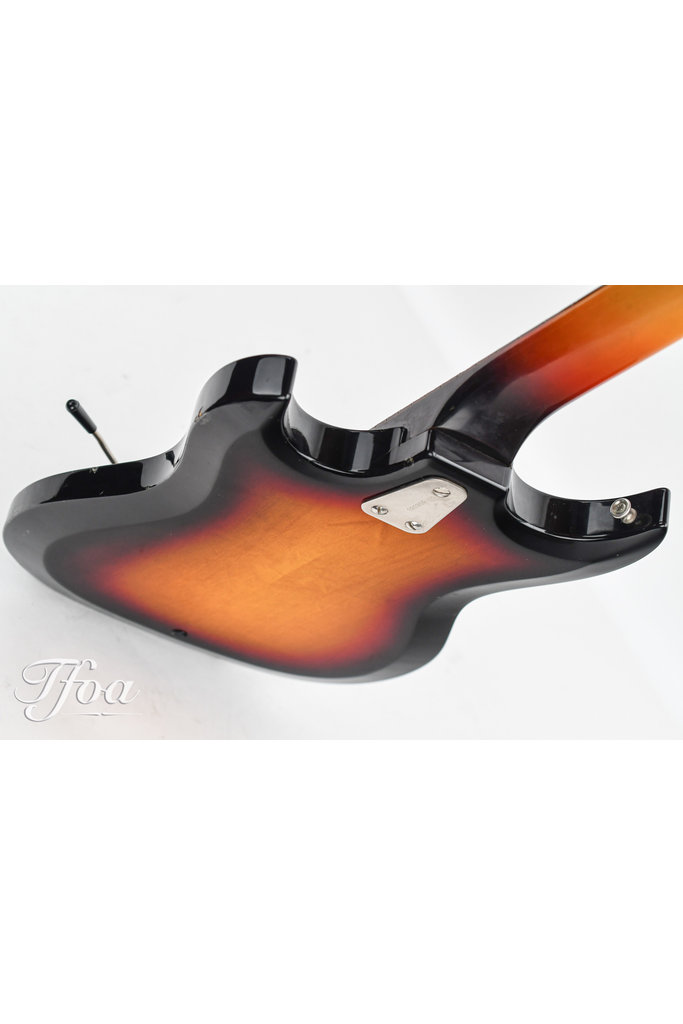 The Hagstrom F300 (Or Hagstrom III in Europe) is a solidbody electric guitar built in Sweden. This model was introduced in 1965 and discontinued somewhere in the early 1970s, most likely 1972. Because of the high serial number (#806360) we have made the educated guess that this particular instrument was built in 1971. The F300 model took many pointers from the Fender Stratocaster but still managed to feel and sound unique. With its three single-coil Hagstrom pickups, the easy-action Hagstrom neck, and very useable vibrato you get a great playing and sounding guitar.  Other features include a birch body and bolt-on neck, with rosewood fretboard, Fender-style headstock and dot position markers. The Hardware (other than the Van Ghent machine heads) is also produced by Hagstrom. Condition is this guitar is Very Good; it is all original with the exception of the frets and has playwear and signs of use matching its age. 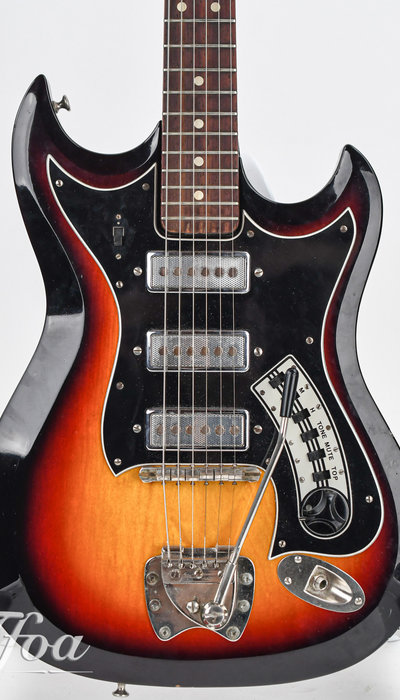