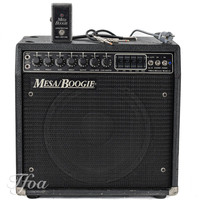 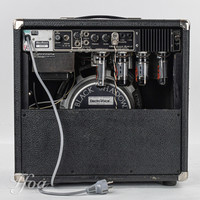 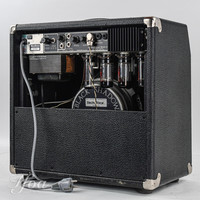 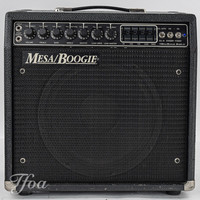 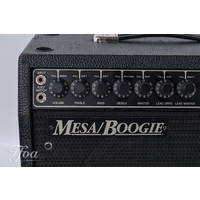 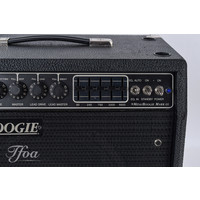 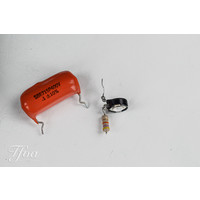 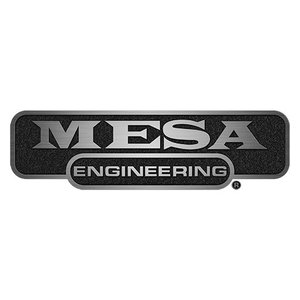 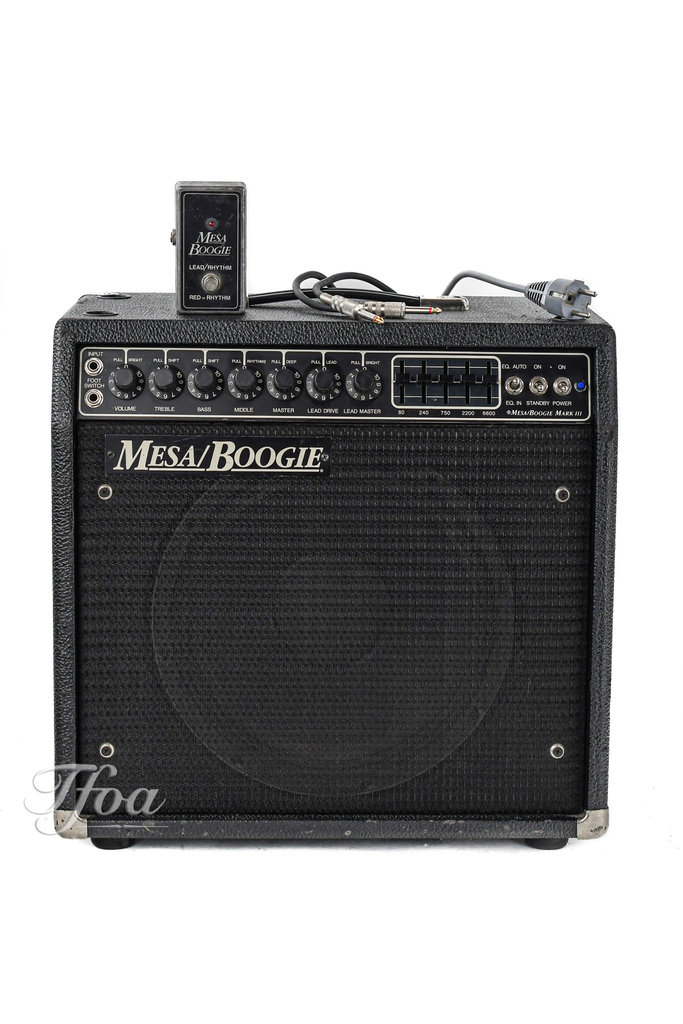 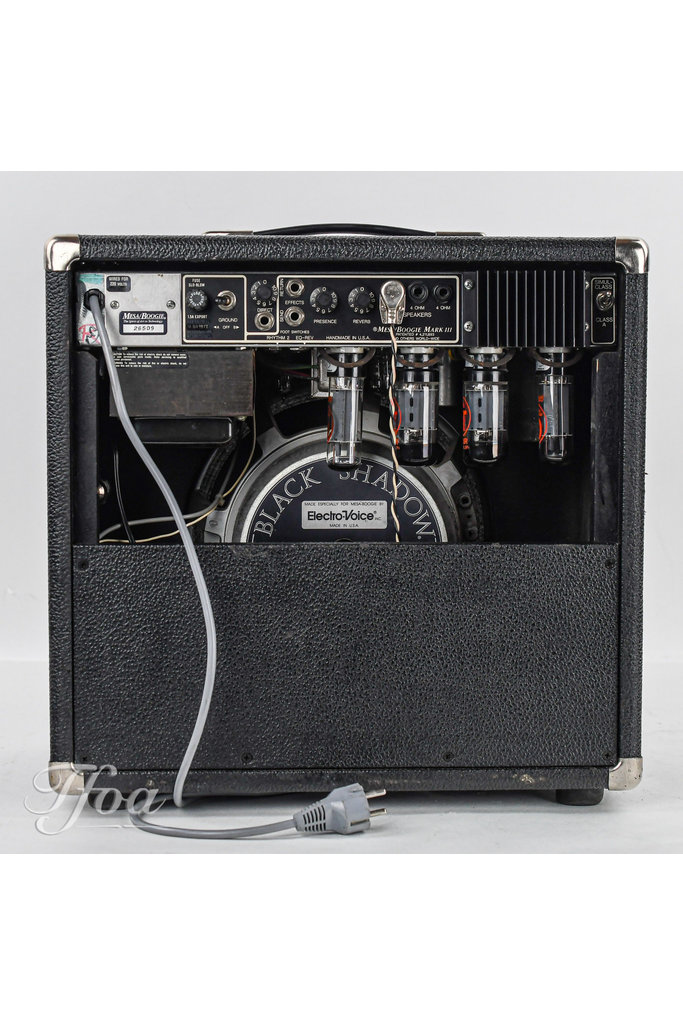 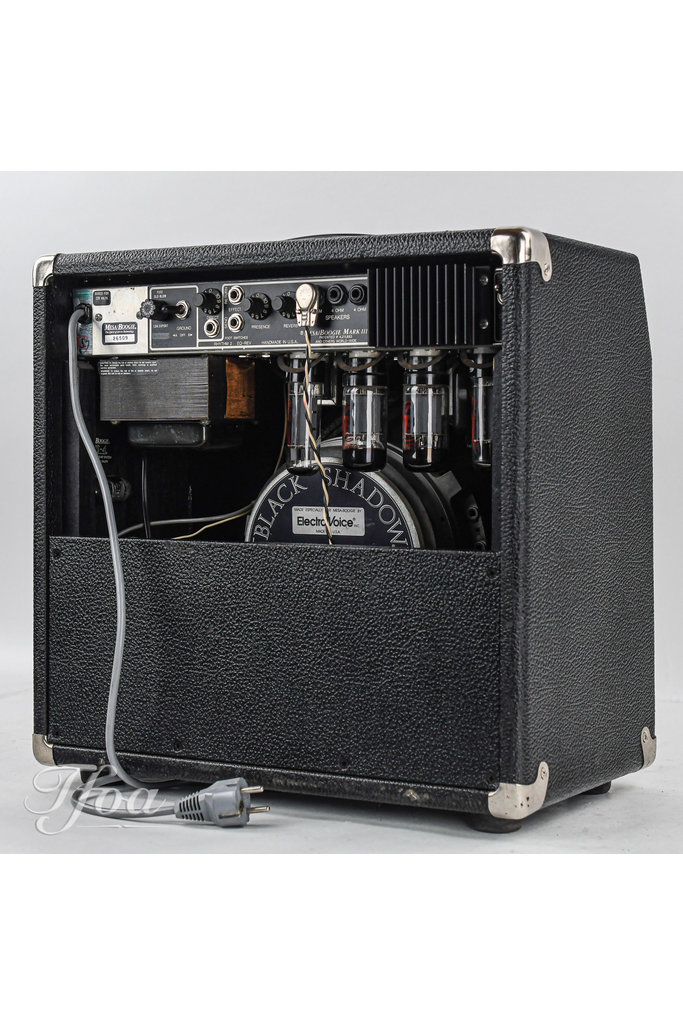 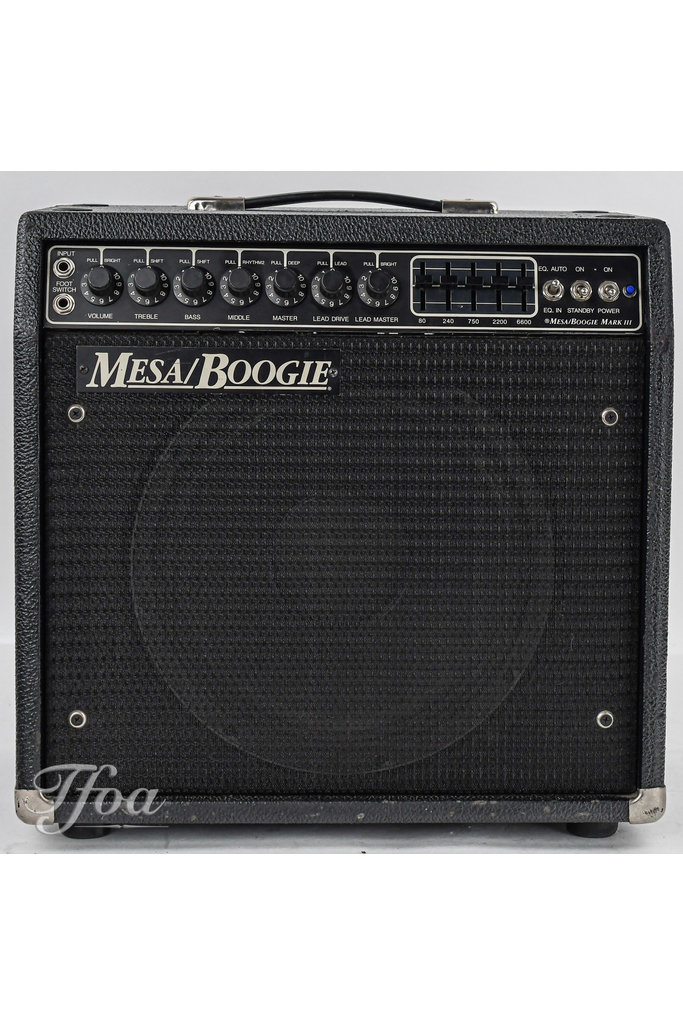 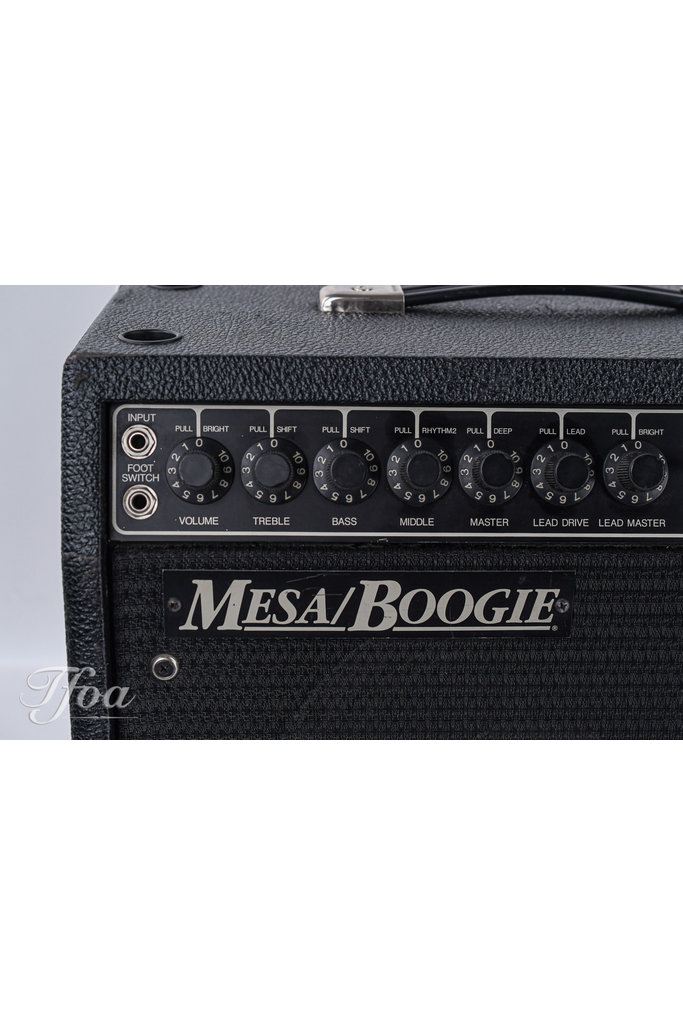 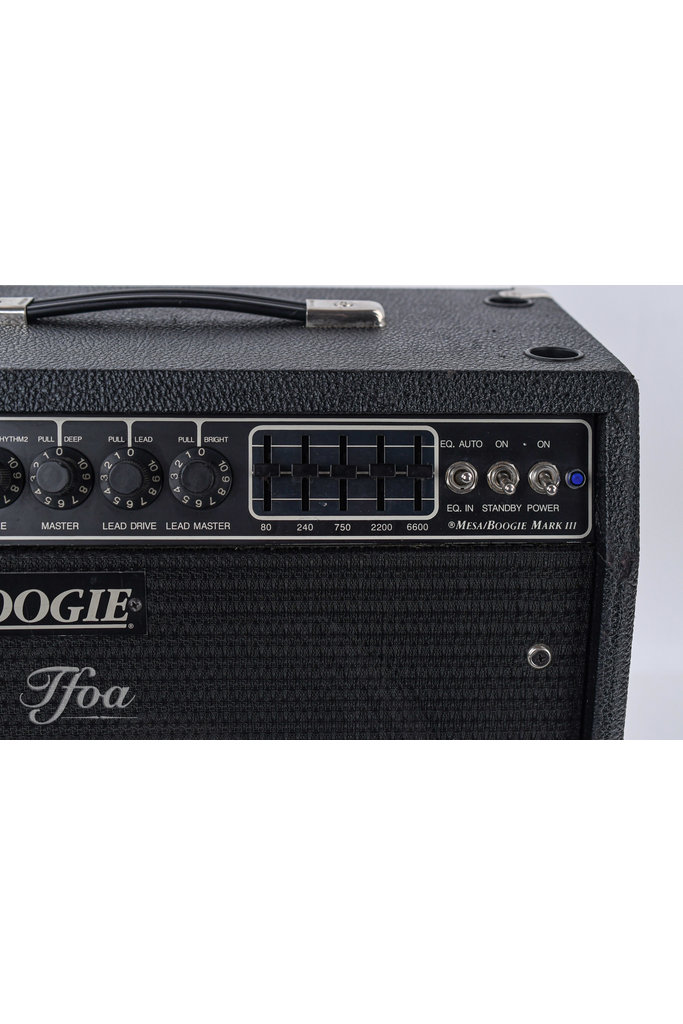 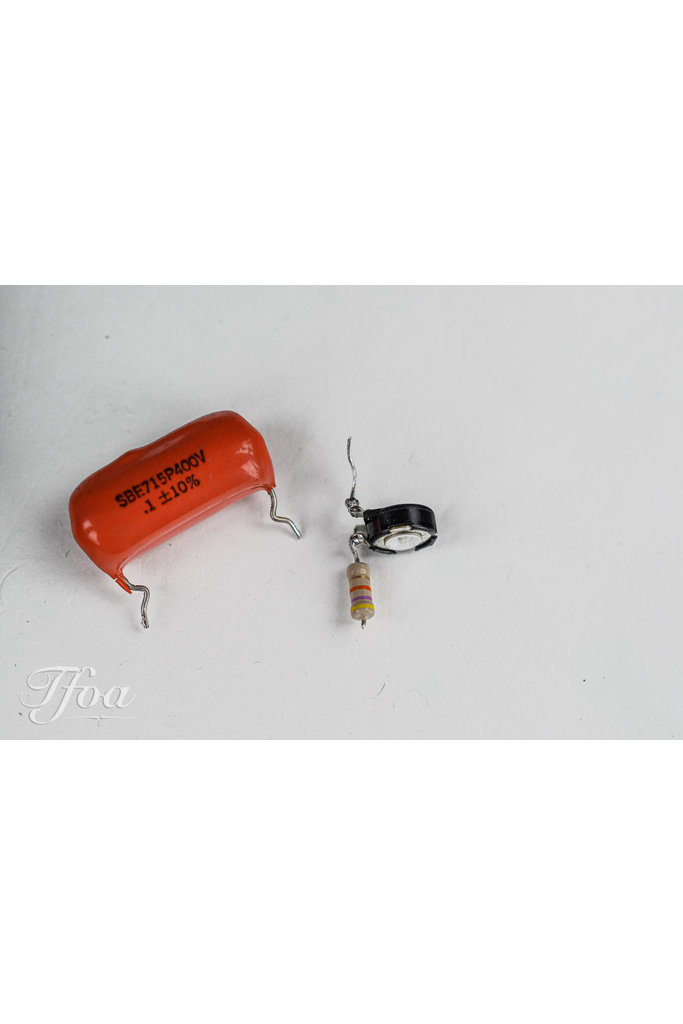 The Mark III was launched by Mesa/Boogie in 1985, and brought a third 'crunch' channel to the table,  right in between the rhythm and lead channels offering even more versatility to an already-winning formula of paint-peeling volume and a wider range of tones than any of the mass-produced amps of the time. The Mark III was slightly revised each year until 1989, designated by the colored stripe above the power cord. This Mark III was made in 1988 and features a blue stripe which features a bright voiced lead channel that is very agressive. The power section is mirrored to that of Mesa's IIC+. The Reverb and Presence controls are on the back and it features the iconic the graphic EQ. In addition, this beast has a matching speaker, namely an EVM12L that is labeled as Black Shadow, which makes her sound very neutral and the American clean and distortion sounds come out gloriously. She is in used condition and still looks very good for her age. It has recently been completely checked by our amp repairman and  equipped with a new filter capacitor and new bias controller. 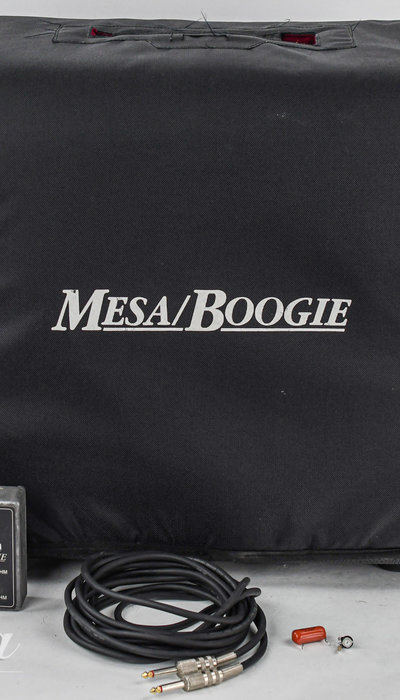