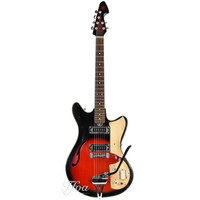 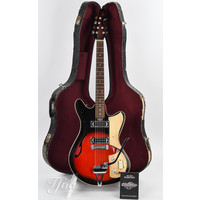 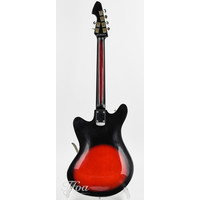 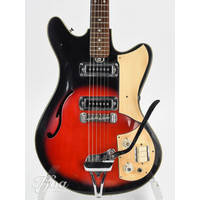 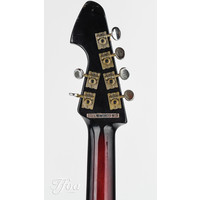 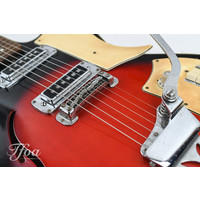 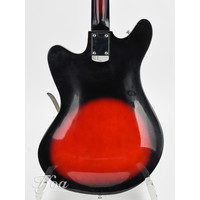 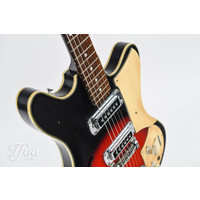 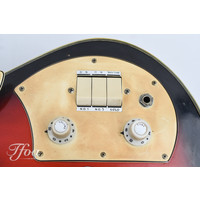 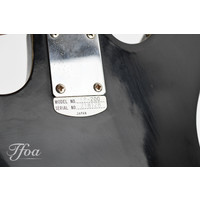 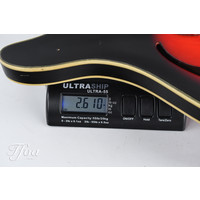 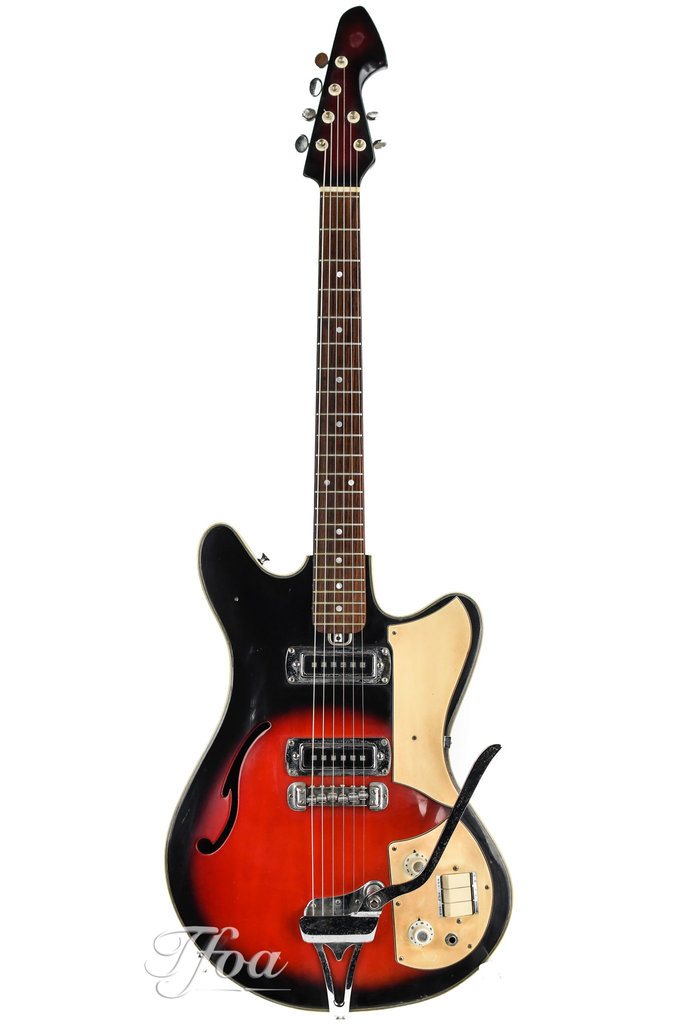 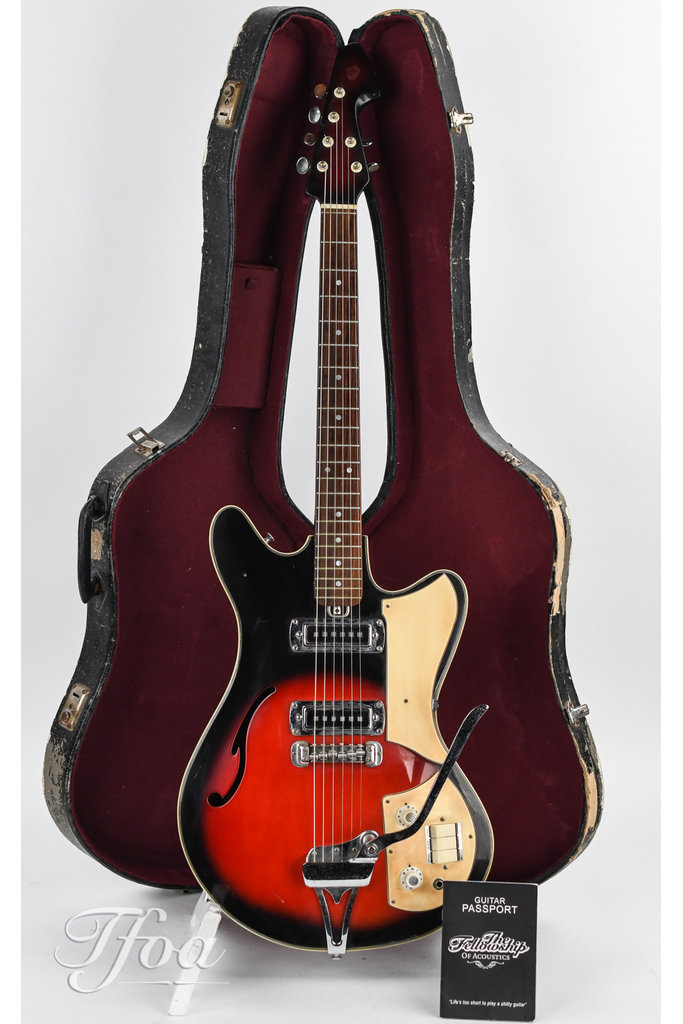 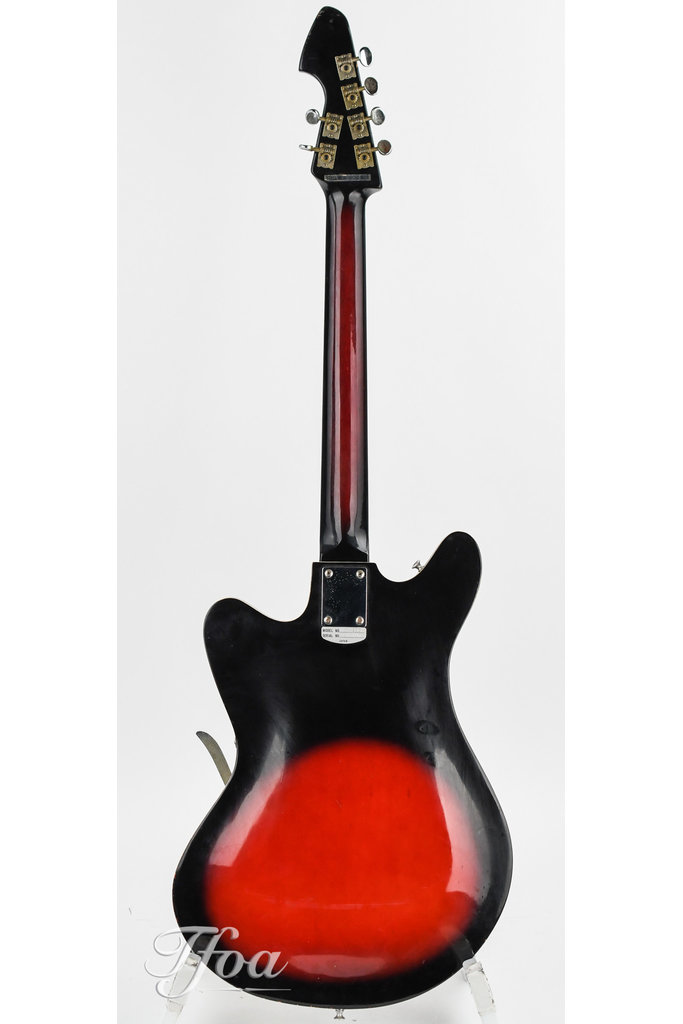 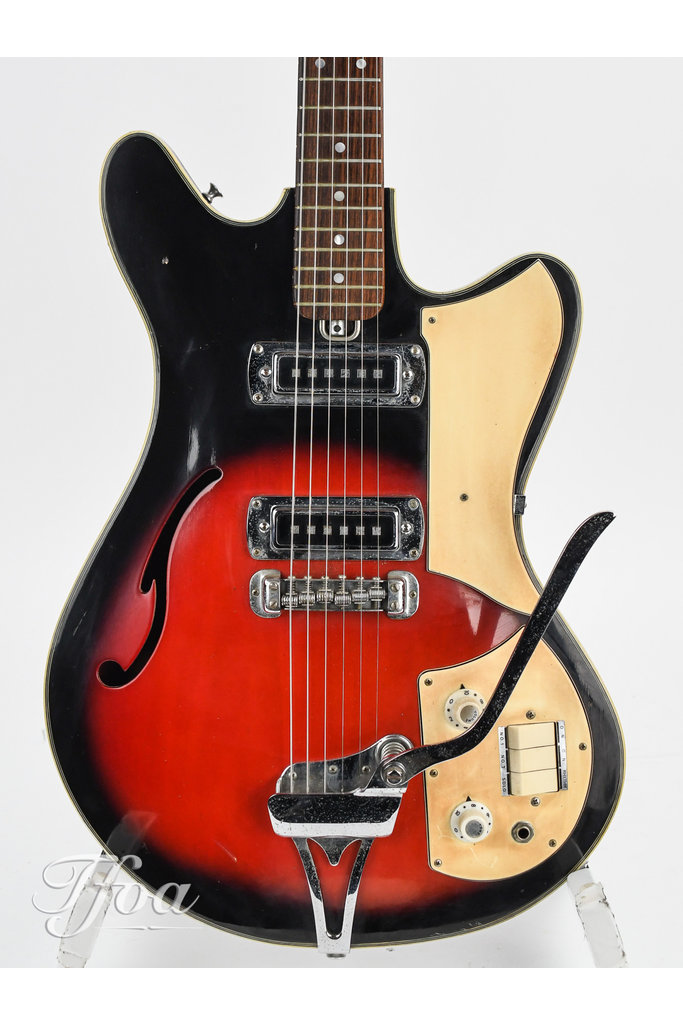 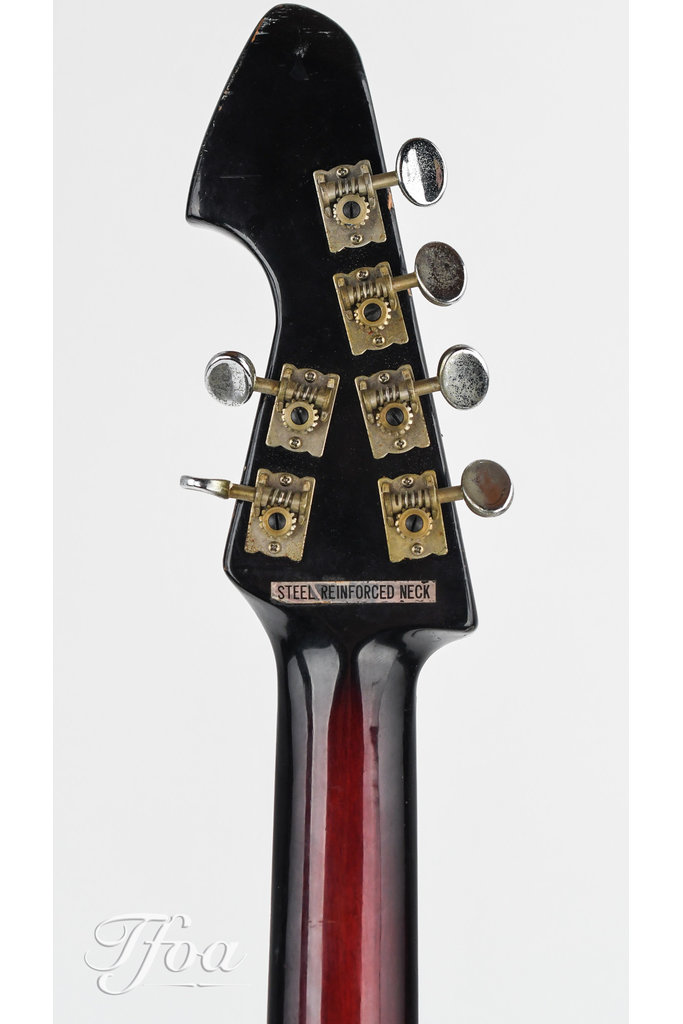 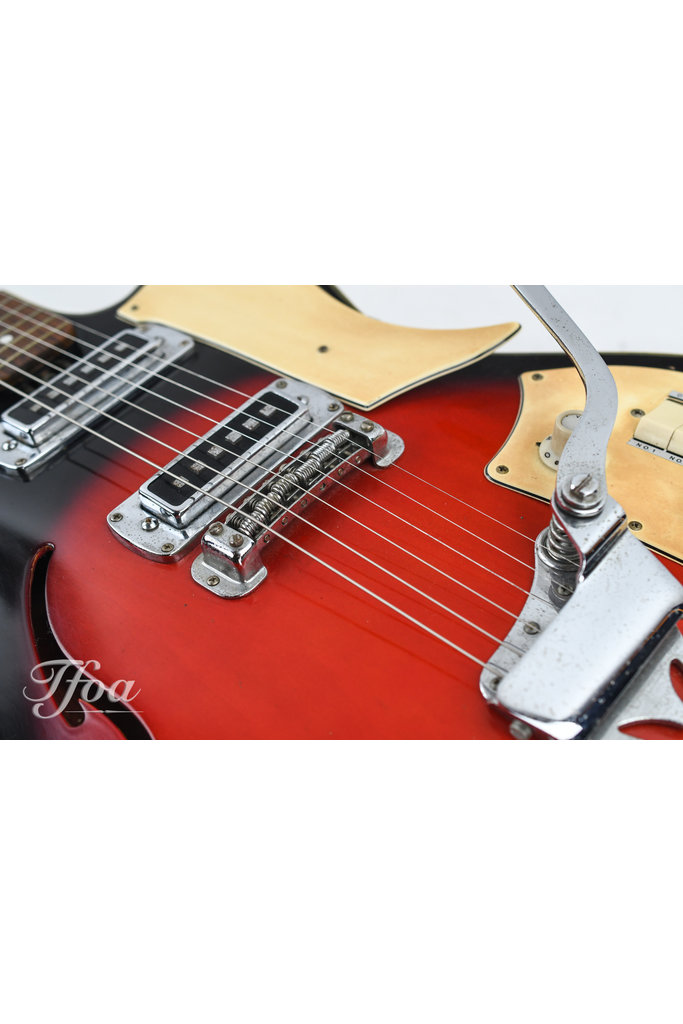 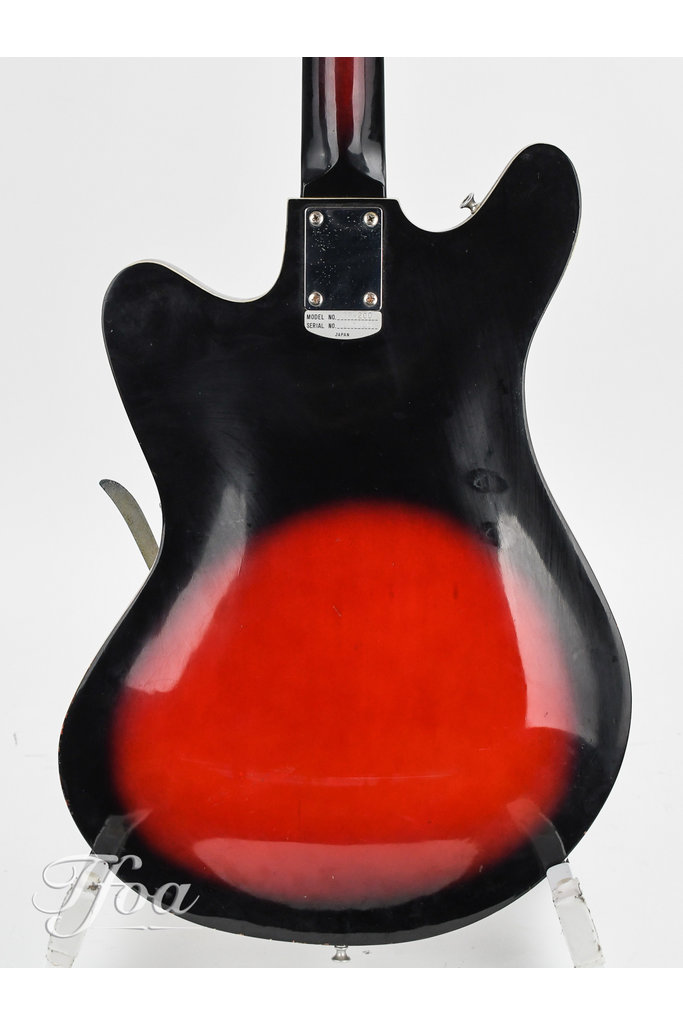 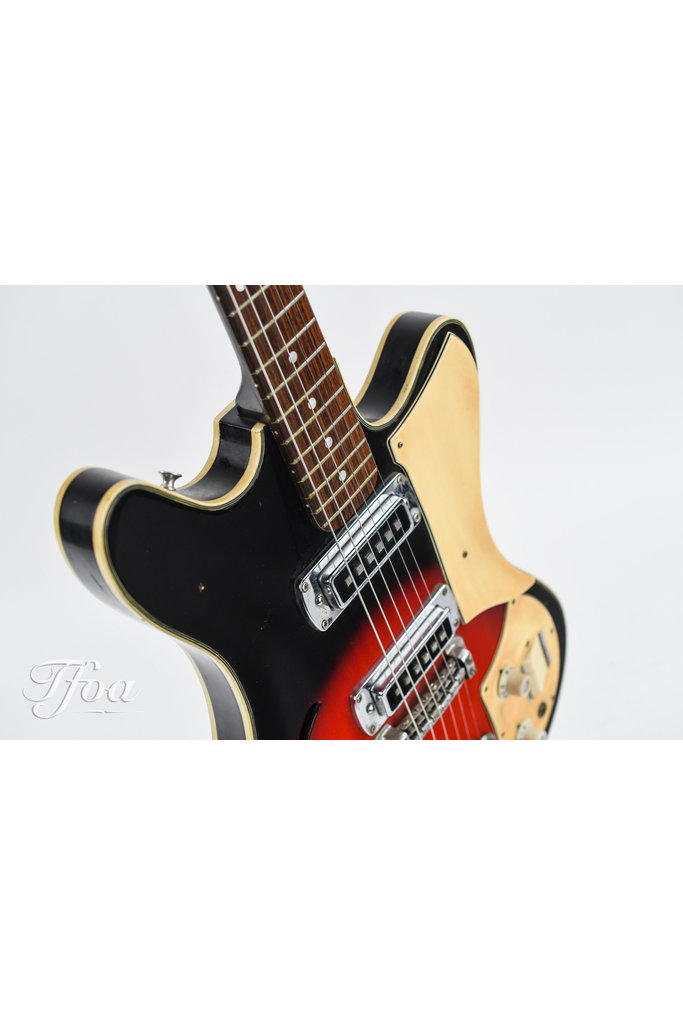 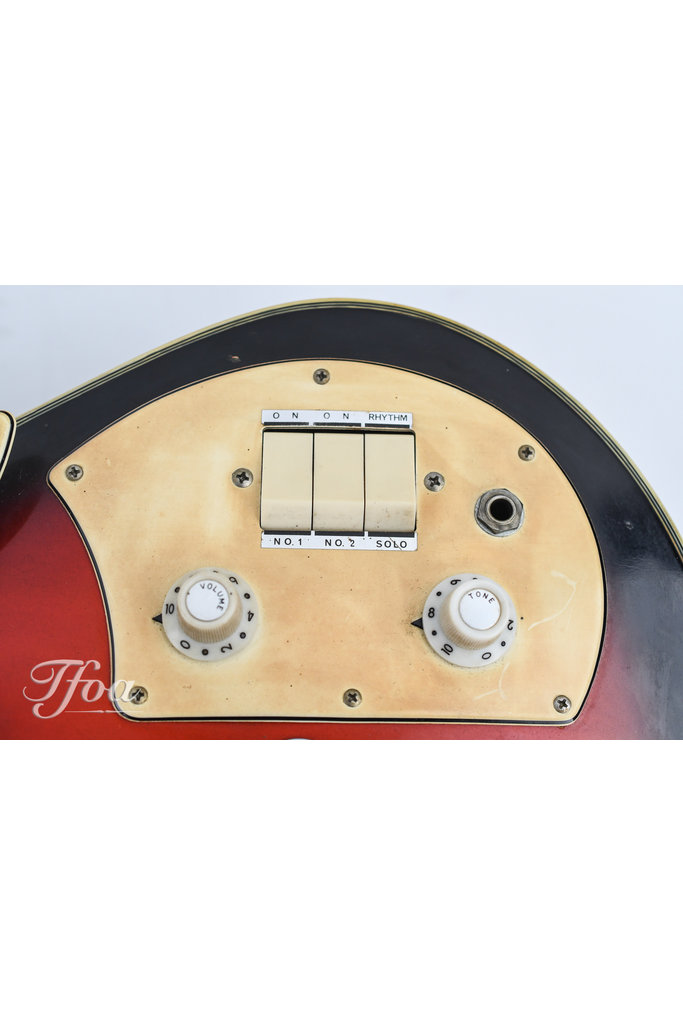 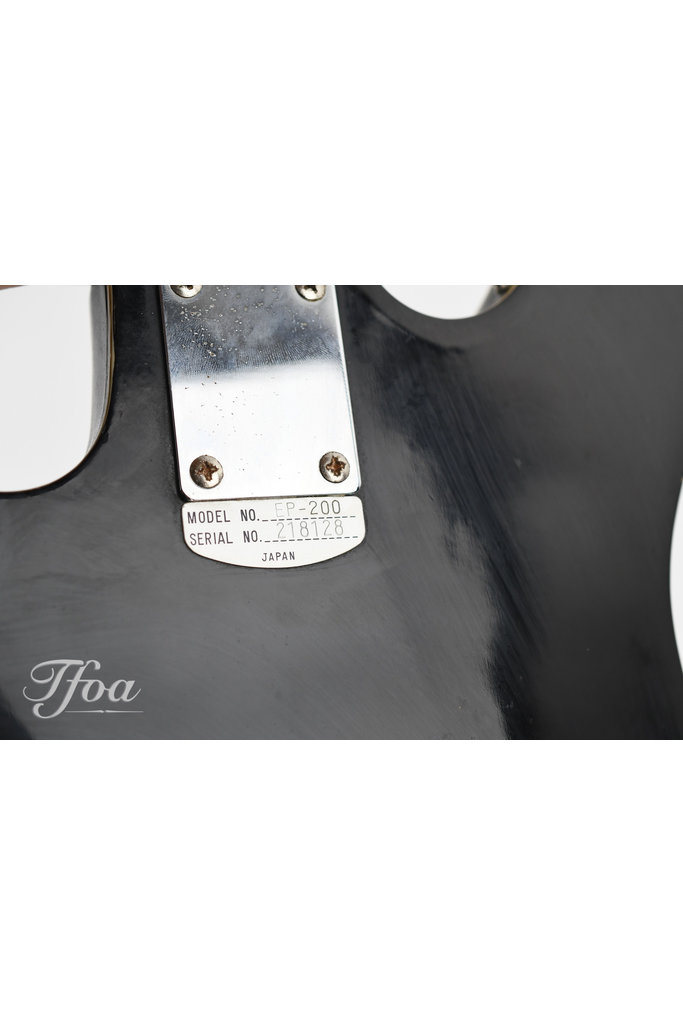 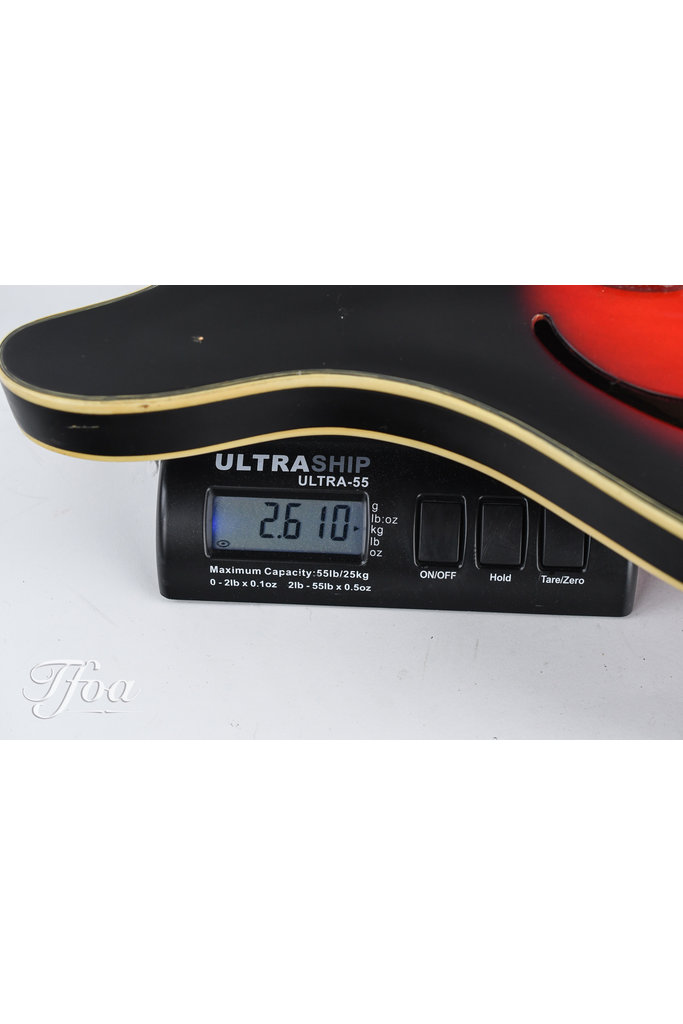 Teisco Del Rey EP200, from the time that Teisco experimented with new forms for the foreign market. In the 1960s, Teisco was known for their original guitar designs. During this period the Teisco guitars became more popular among guitarists in America and England among others. This specific Teisco Del Ray EP200 is completely original, and even the original case is still present. The tremolo bridge of this guitar has a lot of harrow from the design of Bigsby, and has the same tunable qualities. A simple layout with large control buttons lets you choose between the neck and bridge pickup, and a solo / rhythm button gives you more output. It is a used instrument with some playing tracks as you can expect from a guitar of this age. 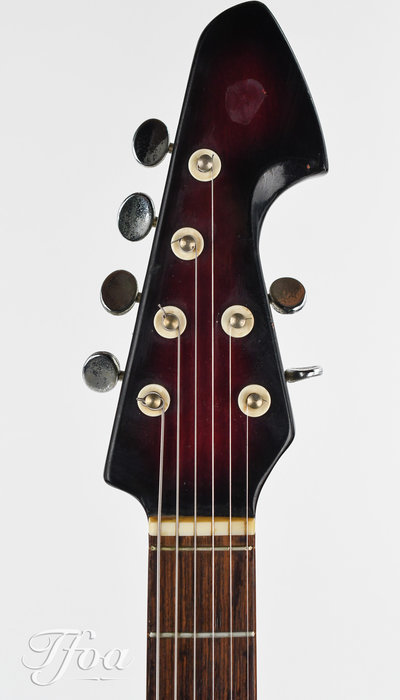