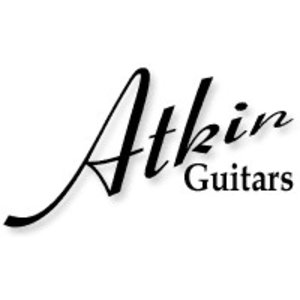 €3.899,00
Product Status
New
New products delivered from authorized suppliers and with full original warranty by the manufacturer. In addition, TFOA offers an extension of the warranty up to 5 years unless the manufacturer uses a longer warranty period. Delivered as much as possible in the original box but to relieve the environment we also use other boxes.
Prices are incl. 21% VAT.
For lots of players, the Atkin OM is their ‘desert island’ guitar – if they had to pick just one, this is the one that can do it all.
Meer informatie en specificaties
Shipped direct after setup (Within 2 Working Days): In stock

The Atkin OM is one of the best selling models. The longer scale length and compact body size, which is narrower and shallower than a dreadnought while still delivering a full, well-defined sound and plenty of volume make the OM very popular among fingerpickers, but in truth this is a great all-rounder. For lots of players, the Atkin OM is their ‘desert island’ guitar – if they had to pick just one, this is the one that can do it all. The Atkin OM is based on the Martin model of the 1930s, featuring pre-war scalloped bracing. Atkin has made subtle modifications over the years in response to feedback from pro players until arriving at what they believe is the ultimate OM. The Aged Tone Relic finish completes the vintage sound and look.