That living guitar legend just says: "Hi, I'm Paul." This down to earth approach suits him, but what he has achieved in less than 40 years is anything but ordinary. In 1976 Paul Reed Smith built his first guitar as a study project and scored an A. Or, as he himself likes to put it:

"When I played guitar, people ran away. But when I built one, people started walking towards me."

He quietly continued to tinker and launched his own guitars in 1984 under the name Paul Reed Smith: PRS.

What happened next is an unprecedented success story, because his guitars managed to find their way to dealers, players and the greatest musicians in the world. Al Di Meola, Santana, John Mayer, John Bollinger and many, many more professionals play his guitars. PRS now has more than 400 employees and PRS guitars are made, sold and played all over the world. At The Fellowship of Acoustics we have been a proud PRS Dealer for years and we always do our best to have dozens in stock: from the affordable SE series to the very exclusive Private Stock guitars: we’ve got them.

Being the happy PRS Dealer that we are, we were fortunate enough to get a call from PRS Europe: Would we like it if Paul visited our store in Dedemsvaart for a cup of coffee and a Meet and Greet with a select group of lucky Fellows?  OH YES, PLEASE!

So fast forward a couple of weeks and here he is: the living guitar legend in our magical GuitarVilla, friendly, smiling, very curious and super interested - he bought 3 instruments - and after a few guitar jokes, more than ready to answer all questions about PRS. Or to ask a question in return instead of giving an answer, because with Paul nothing is standard. While he’s talking, those big eyes might turn to the ceiling and a little later the story takes a completely different turn, only to brilliantly return to the point he is trying to make, some minutes later. It doesn’t matter, because whatever the man has to say, he tells it so endearingly and passionately, that you just have to listen with a huge grin on your face.

Like his answer to the question, what makes PRS guitars so special?

PRS: "Do you know that feeling of a toaster and you put some bread in it and you wait an then the bread comes out burned on one side and not-toasted on the other? You know why that happens? Because the company that made that toaster just doesn't care. They don't. But I do! I care endlessly! That's why we are the 'Good Toaster Company'.  The stuff we make, does what it is supposed to do! And it is always musical. Always."

"I don't want to sneer at other brands, but I can say what I'm trying to do right with all our guitars. They are in tune, because we put the frets in excactly the right place. They stay in tune. They have a compensated nut, the bridge is good, the tremolo works, there are good pick ups in it, the buttons and switches work without problems. And do you know why we do that? Because we love guitars. That's why I love this guitar store. Because I can tell that you also love guitars."

To that list of good things that do what they are supposed to do, Paul has recently added pedals. And Paul wouldn't be Paul if he hadn't thought about it a very long time, because he is not very fond of pedals: he prefers to play with a guitar, an amplifier and a cord. That’s it.

So if PRS presents pedals, then it must be something special. A true master shows himself in constraint so he made no more than three: a drive, a compressor and a super-smart flanger. 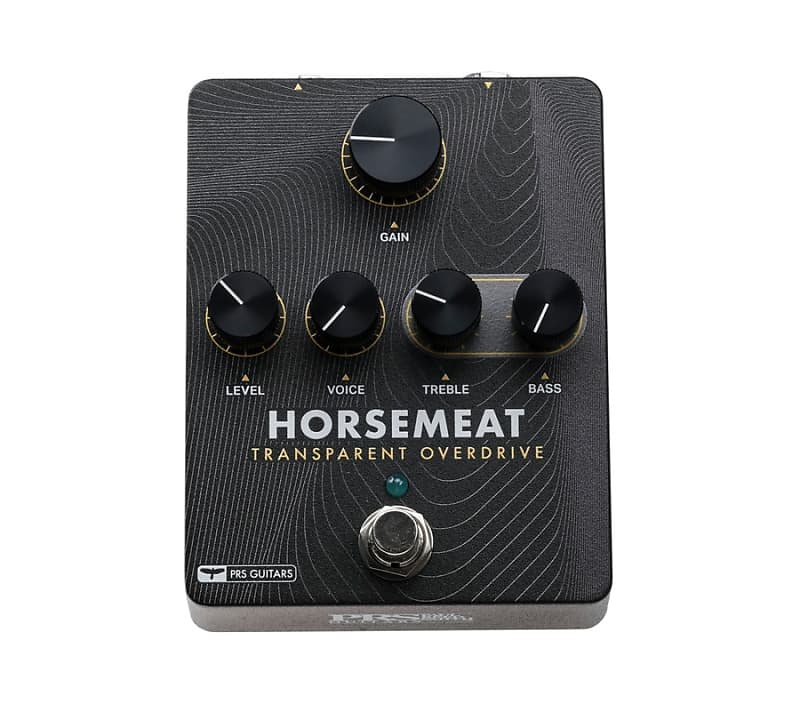 The Klon Centaur is a legendary drive pedal that now sells for thousands of euros. Paul bought one, listened to it and thought: too bad you can't control the bass if you push the drive. And I would like to have a bit more control over that voicing, et voilà: 'the pedal that could eat centaurs for breakfast was born. That name Horsemeat started as somewhat of a joke, but Paul Reed Smith's Art Director knew for sure that pedal had to be released with thát name. 'Sounds great!'. 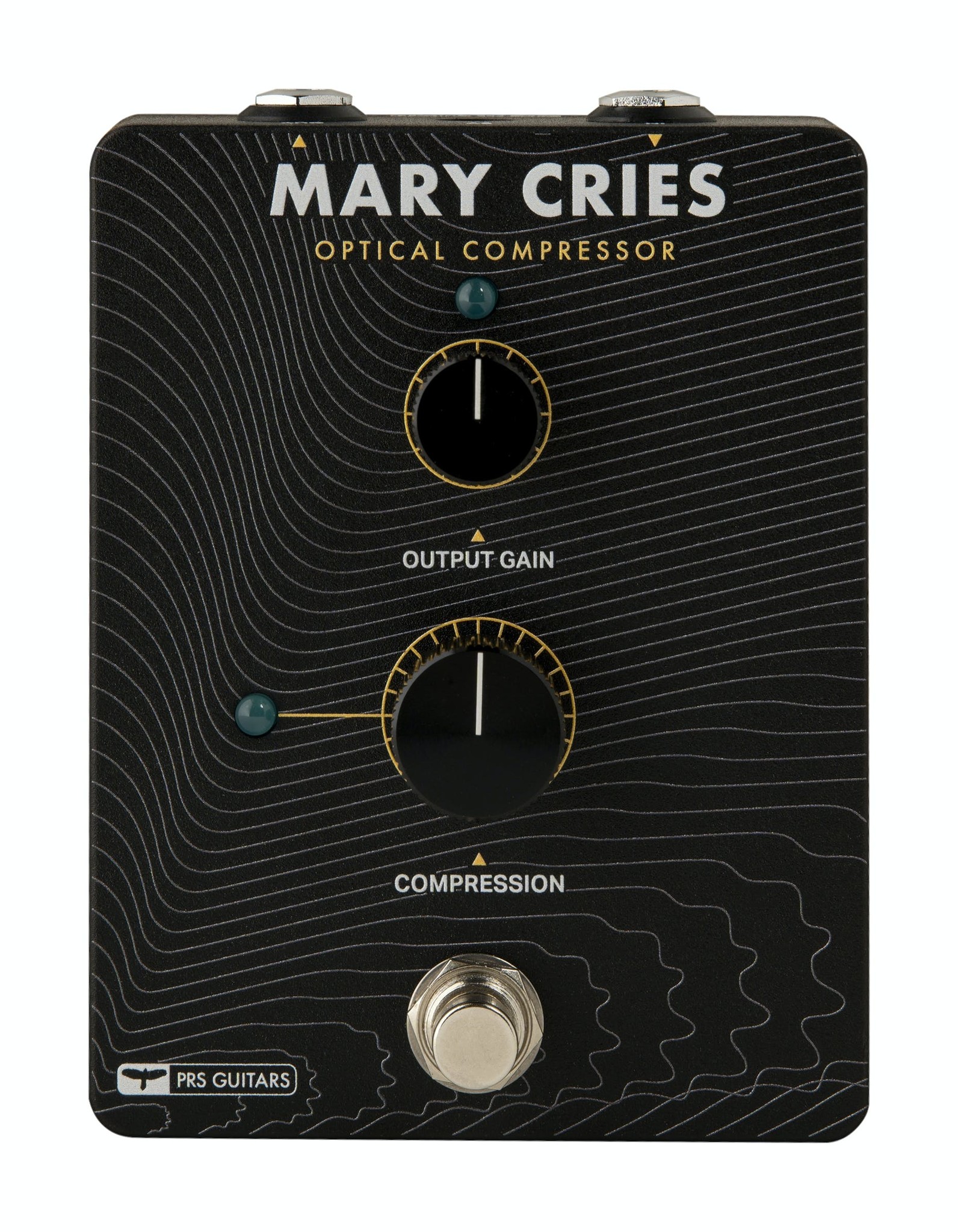 Based on the legendary LA-2A studio compressor, this pedal gives that little bit extra to your guitar signal without clouding the sound. It is so subtle that there is an LED in it that lights up when it works. Sounds super natural and smart studio musicians have discovered that Mary also serves very well as a boost. A nice little bonus.

Wind Through The Trees 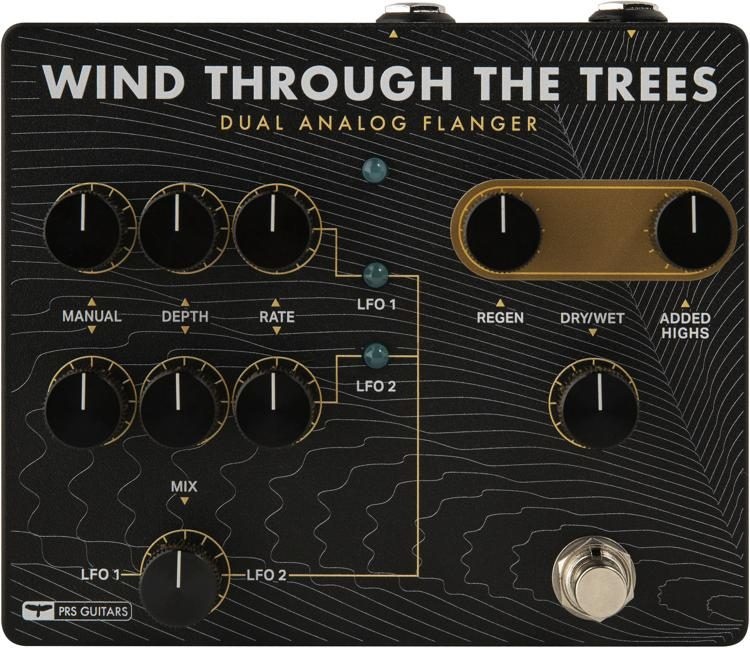 What's better than a good Univibe pedal? Two Univibes! Paul loves to use two rotating Leslie speakers at different speeds, but how do you put that sound in one box? By crafting two flangers in it with the possibility to set them up just a little different. It's subtle, but at the same time so deep, that it offers endless possibilities and a sound we haven't heard before from one pedal.

These pedals are the latest addition to PRS's huge range: electric guitars, acoustic guitars, amplifiers, accessories: PRS has it all. And whatever it is, you know it is boldly conceived and brilliantly executed.

Paul Reed Smith was in our store for hours and told us a lot more. Like why he prefers well worn vintage guitars over pristine ones. And how much effort goes into just the wiring inside every PRS electric guitar.

Keep an eye on our socials and sign up for our free newsletter for an extensive video report of Paul Reed Smith at The Fellowship of Acoustics.