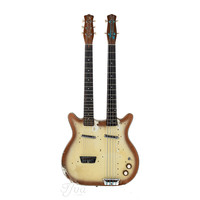 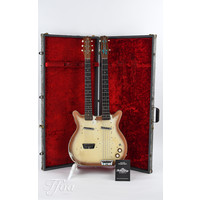 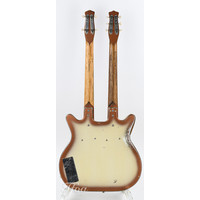 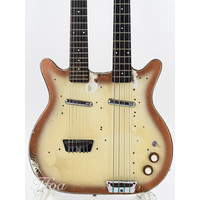 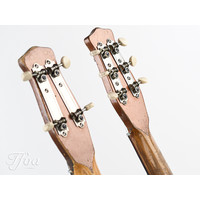 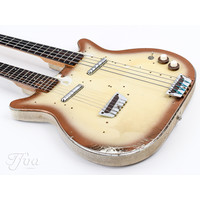 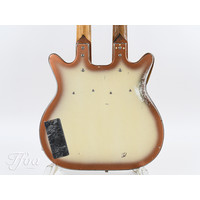 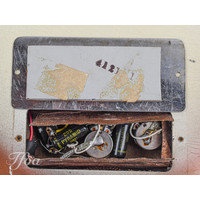 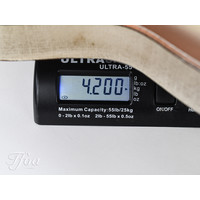 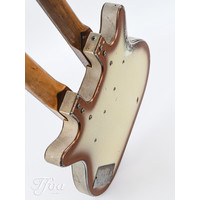 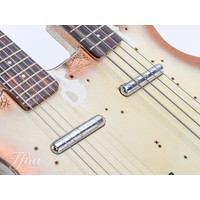 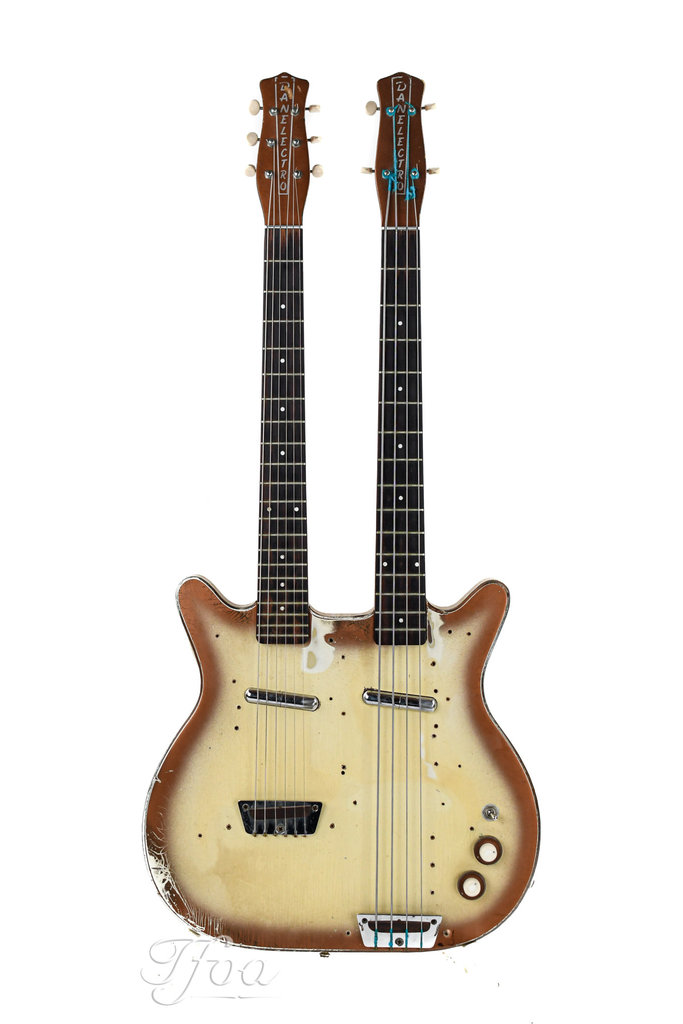 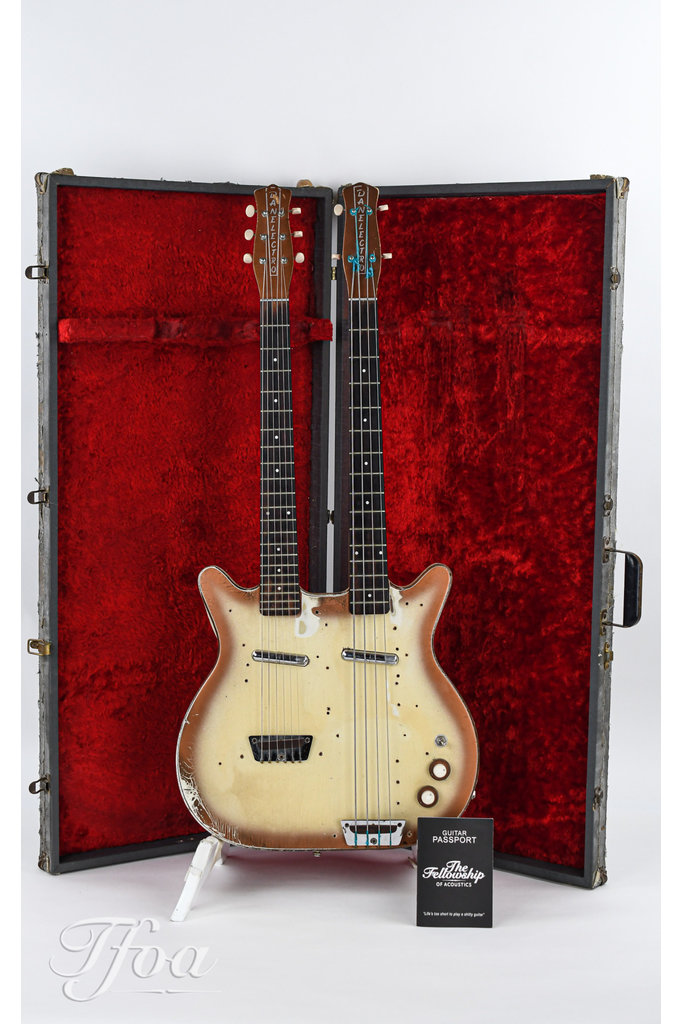 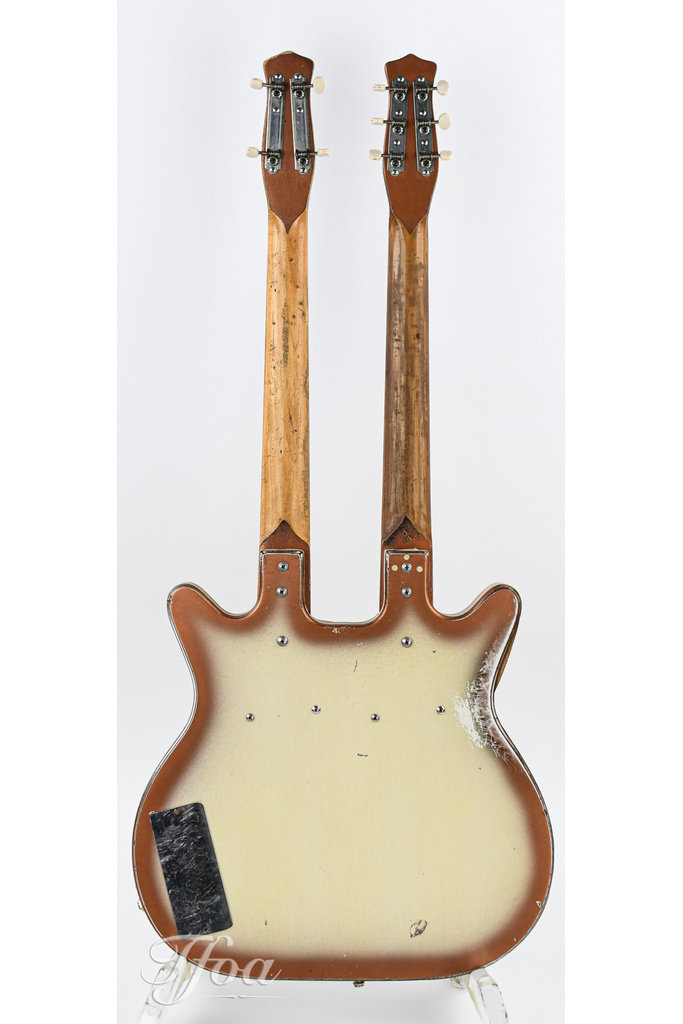 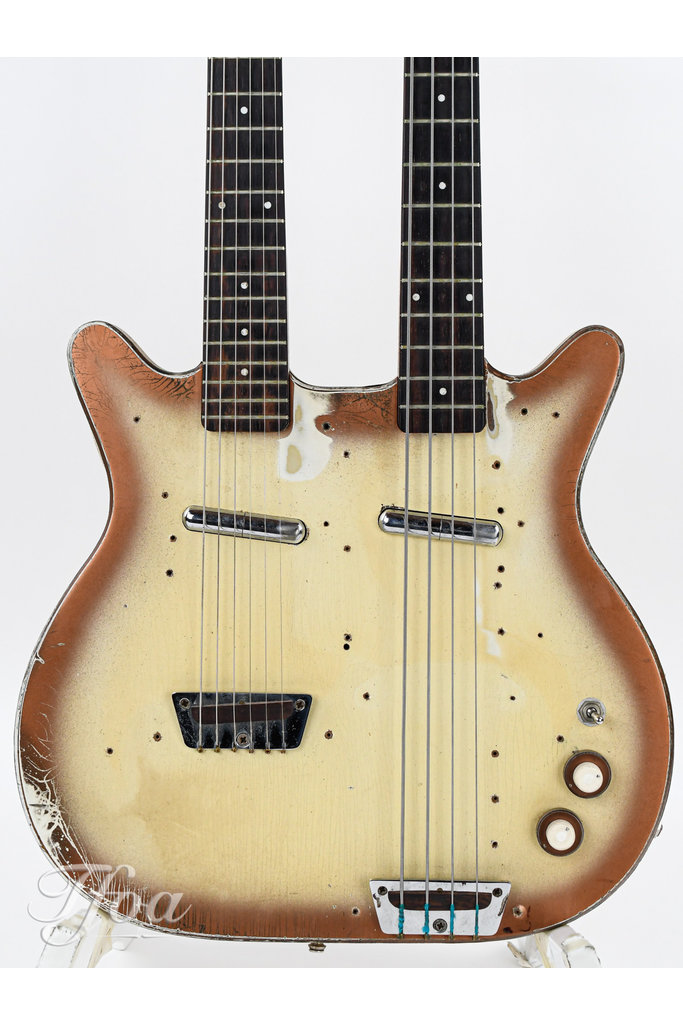 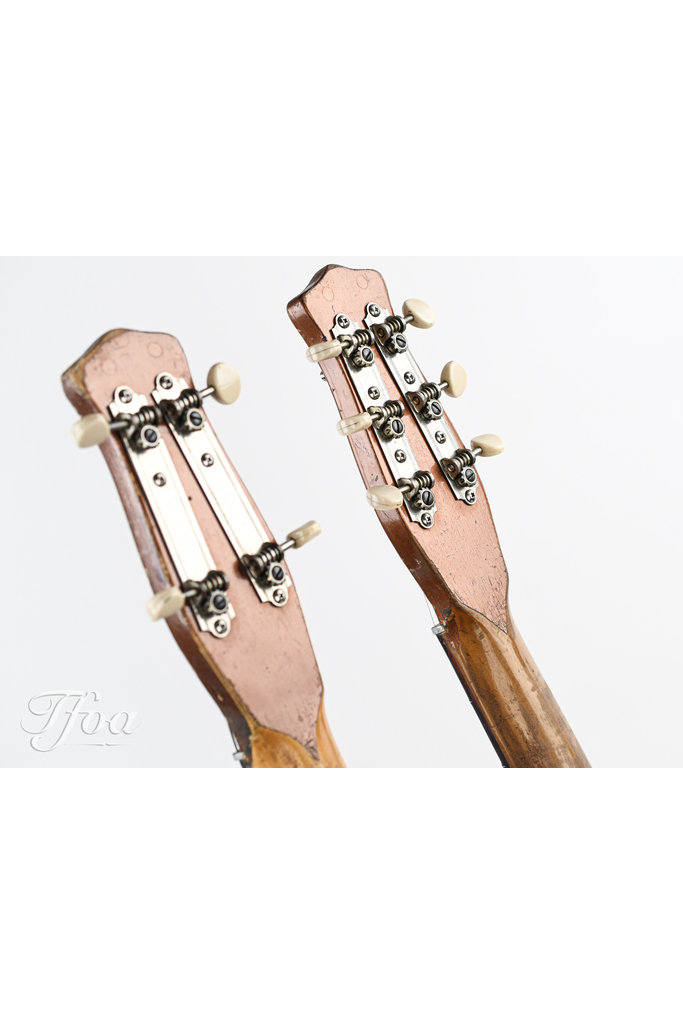 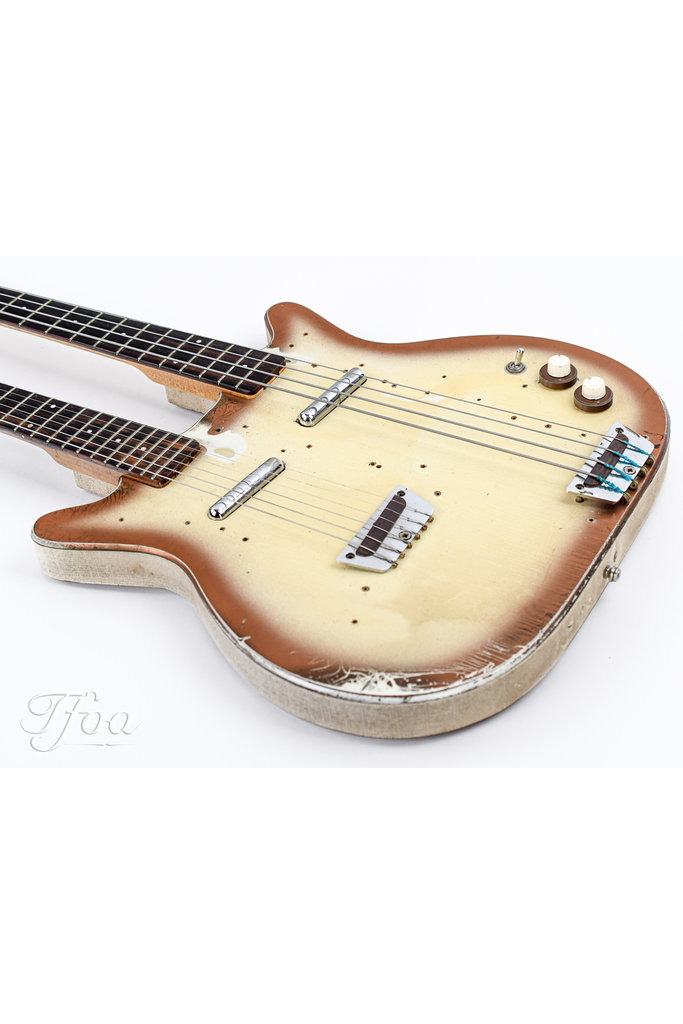 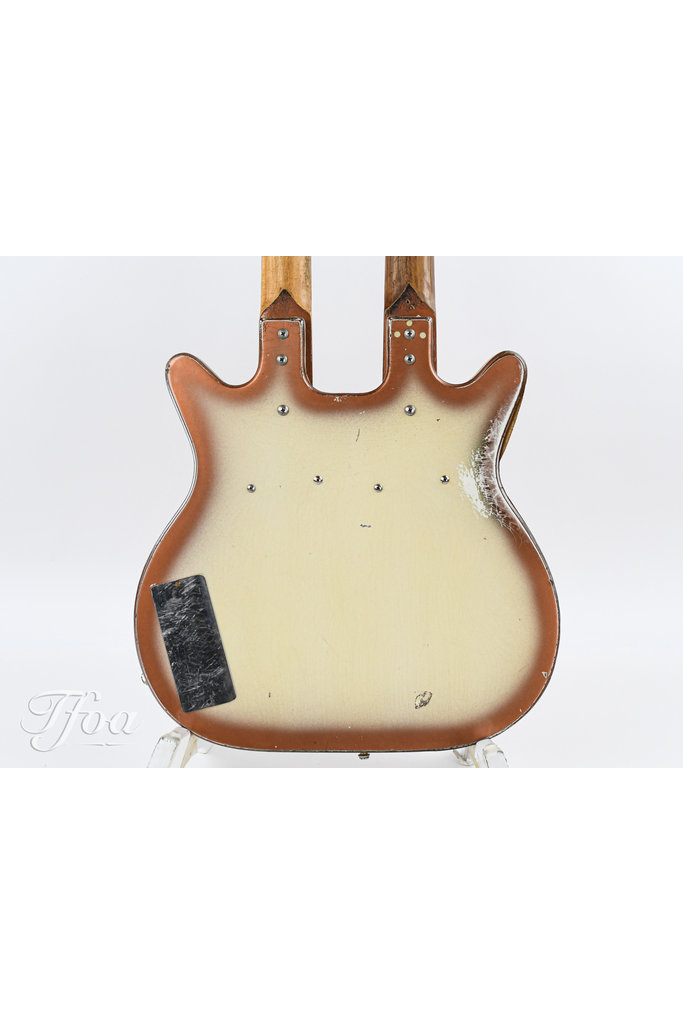 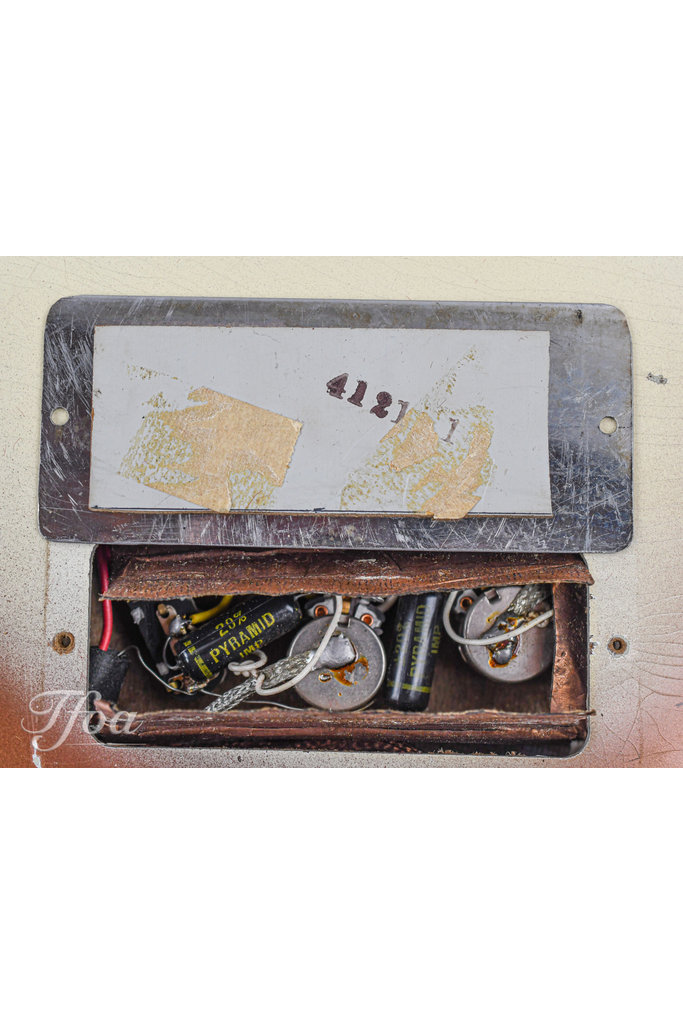 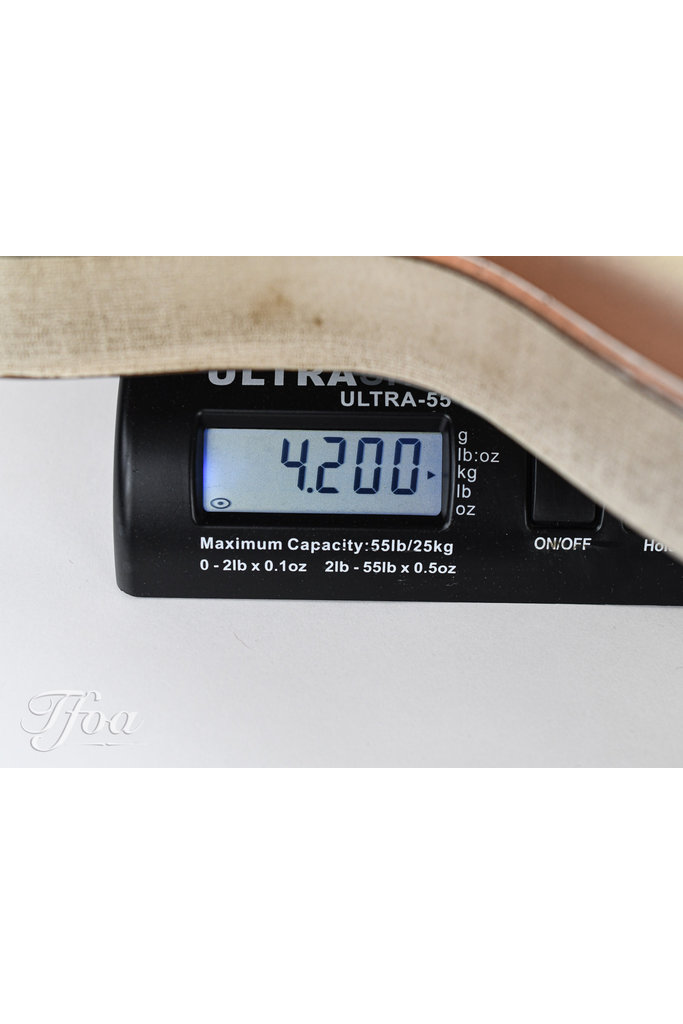 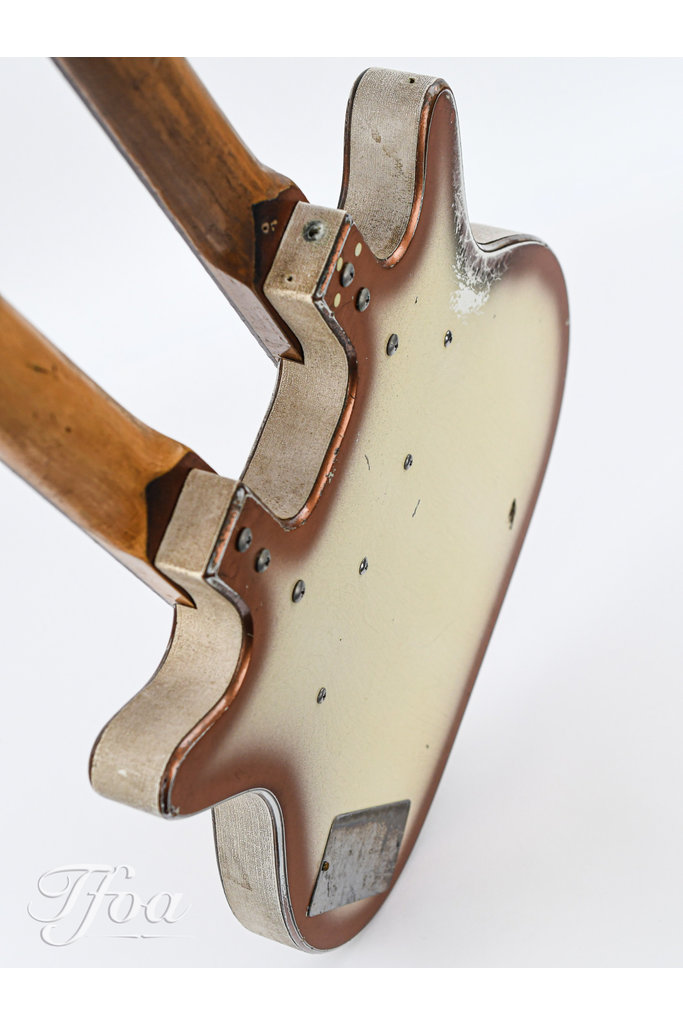 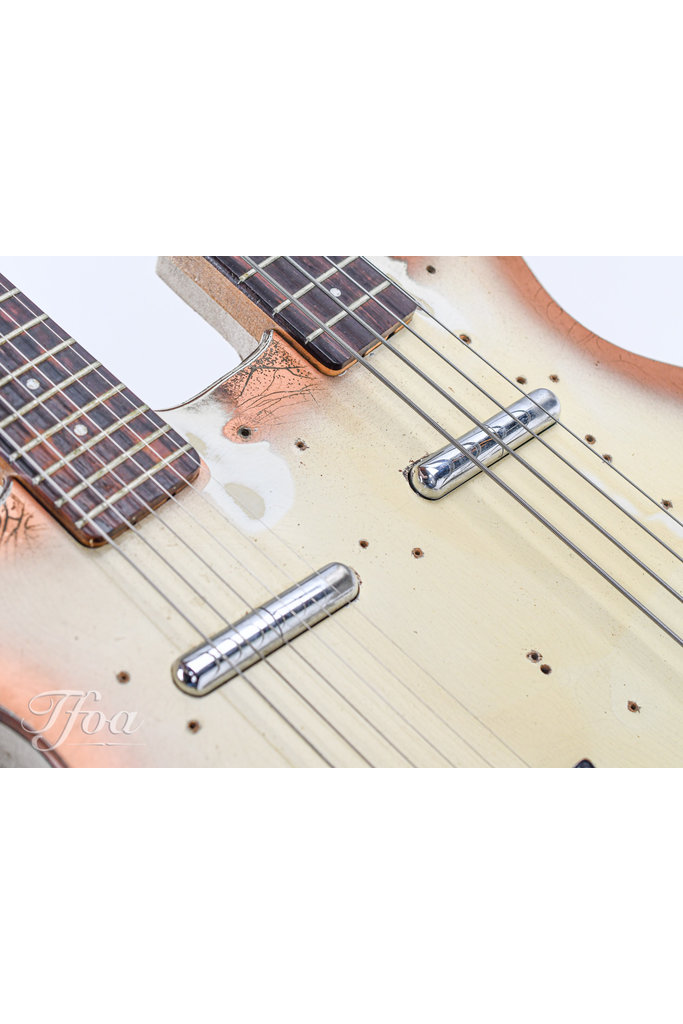 Danelectro produced the so-called 3923 model from 1958 to 1966. This guitar / bass double neck is equipped with a combination of electric bass and guitar. Rinus Gerritsen of the Golden Earrings, known for their world wide hit, 'Radar Love' has exactly the same, which is a big coincidence since this double neck is quite rare, and the Netherlands is actually a very small spot on the map. The Double neck is finished in the so-called 'White Sunburst' finish, which will later became known to collectors as 'Copperburst'. The Danelectro 3923 is equipped with two Single Coil pickups, concentric volume and tone controls 'per neck', and a switch to choose between the bass and guitar side. We do not know who drilled the holes in the double neck, and what purpose they served. However, she plays and sounds fantastic as only vintage guitar / bass sounds like, with a typical dry character. With original case. 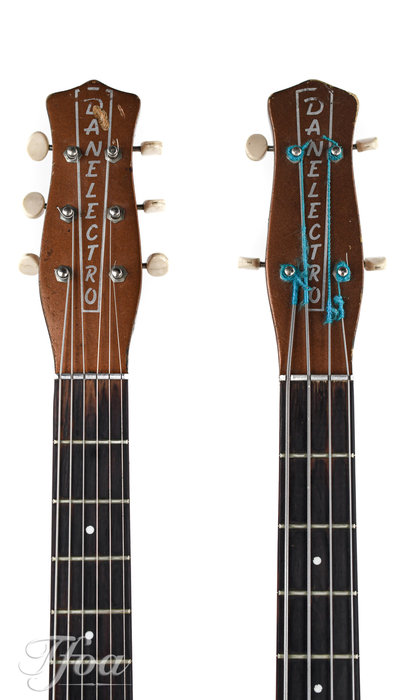