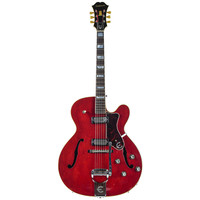 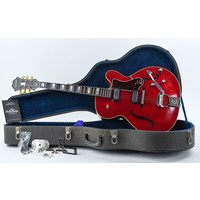 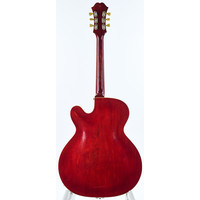 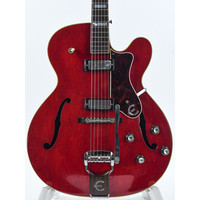 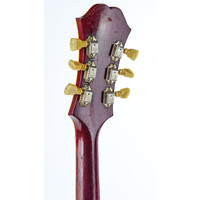 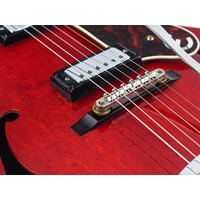 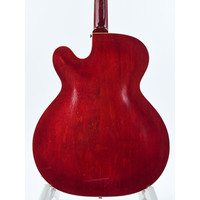 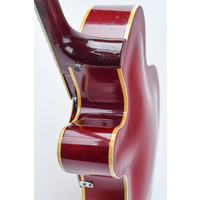 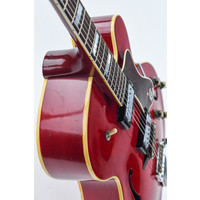 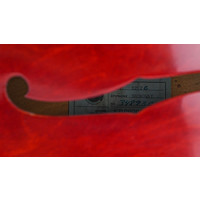 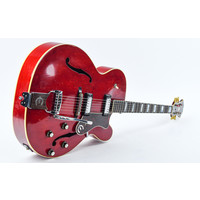 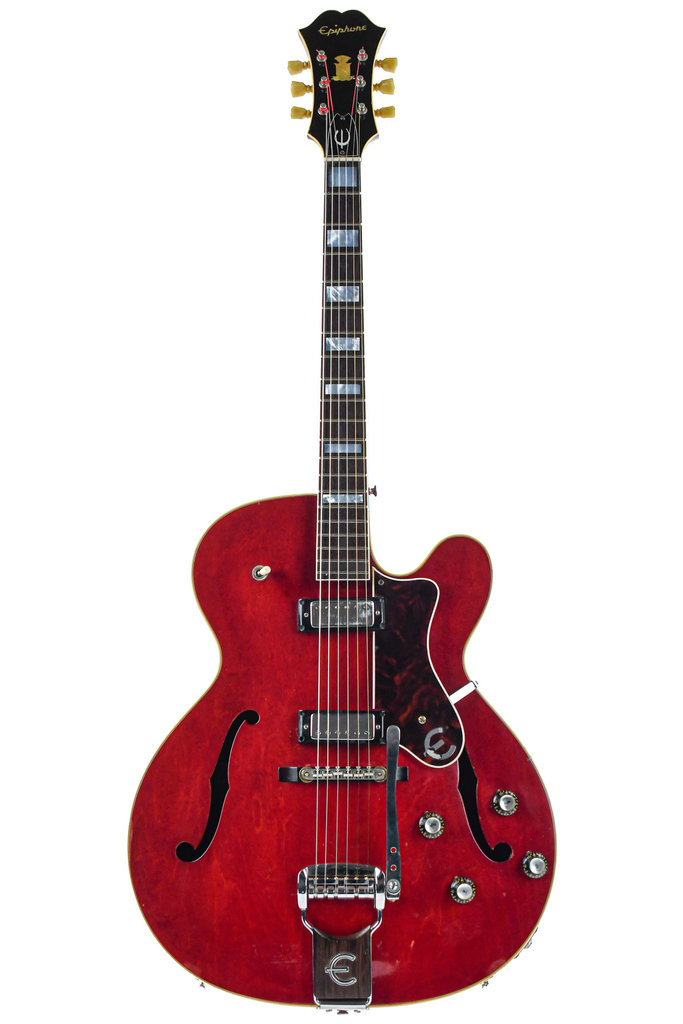 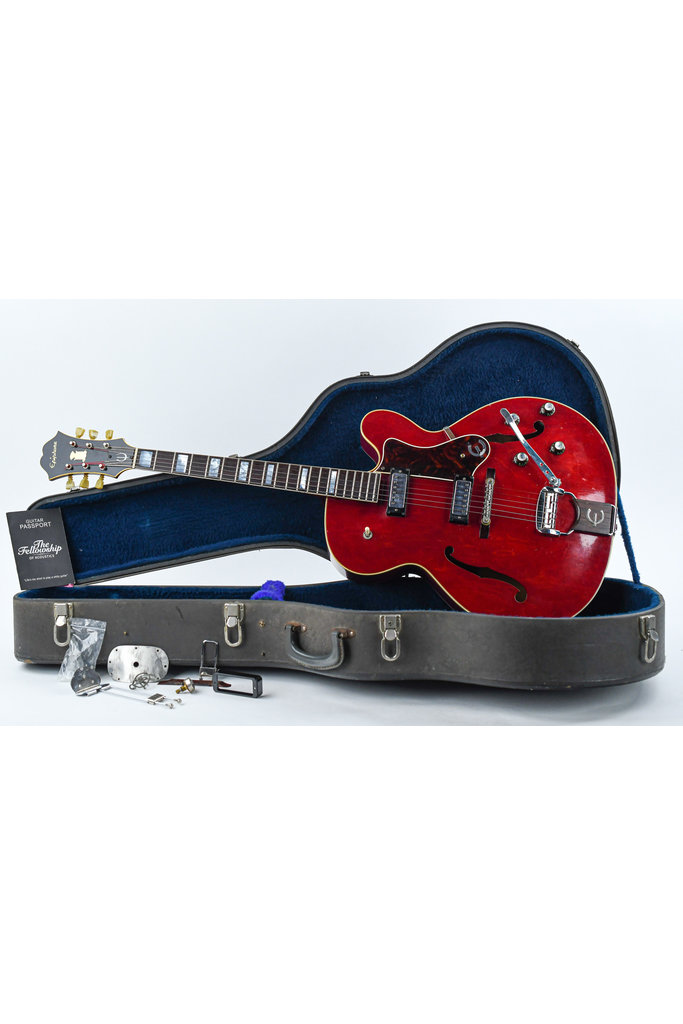 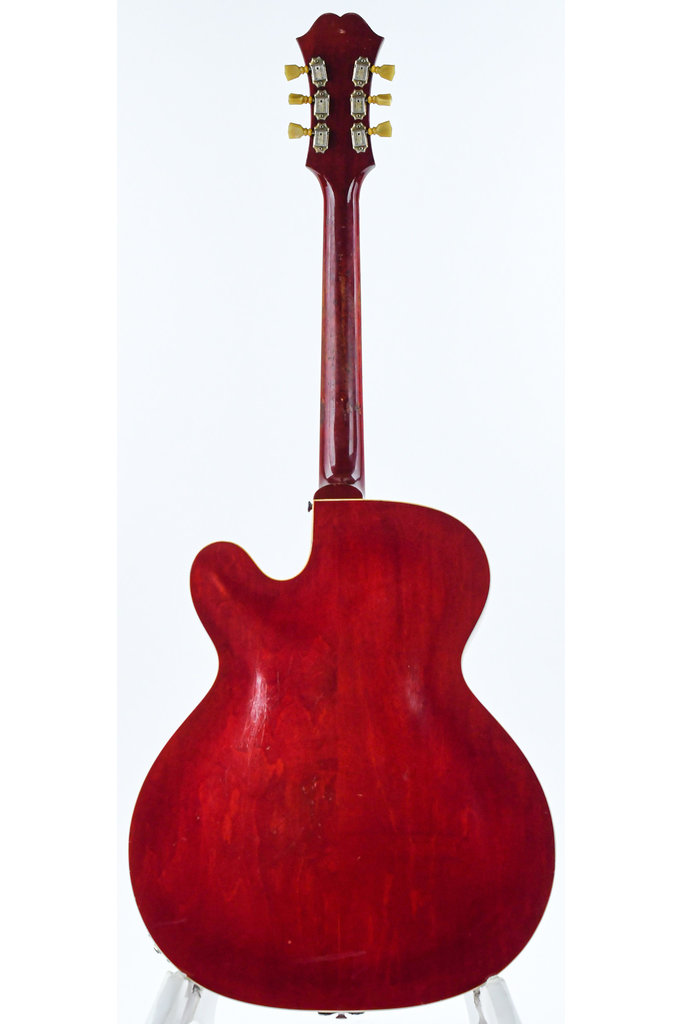 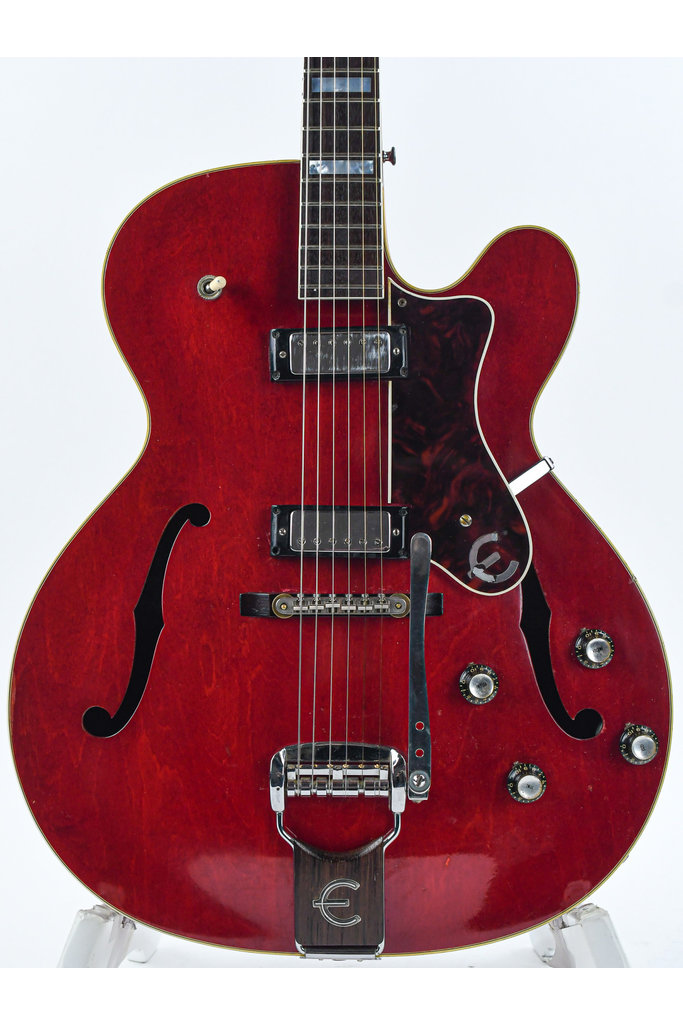 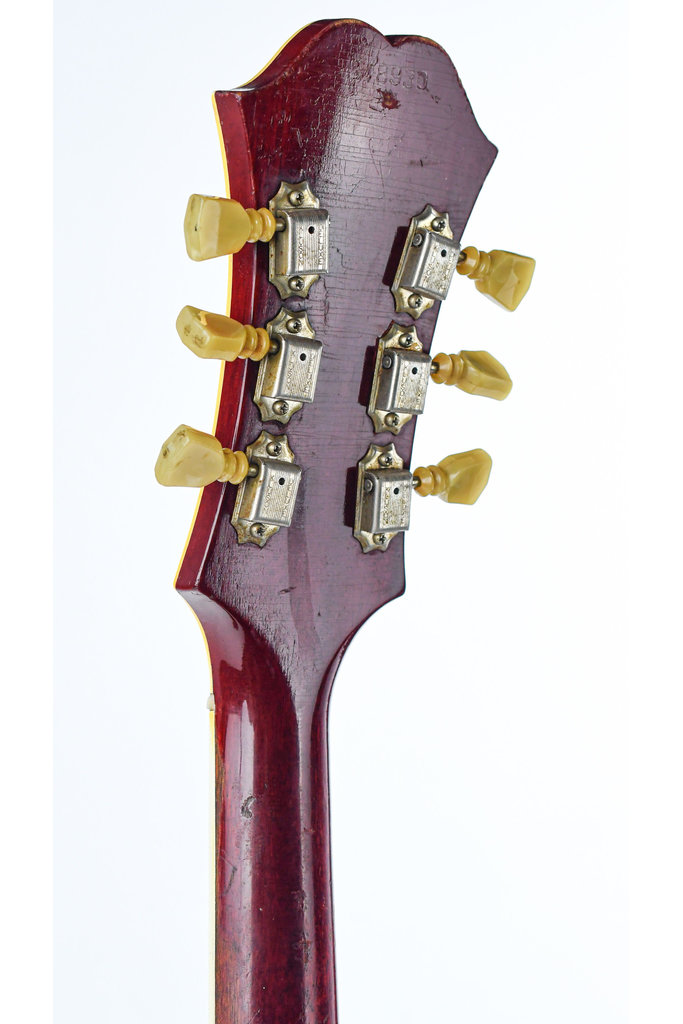 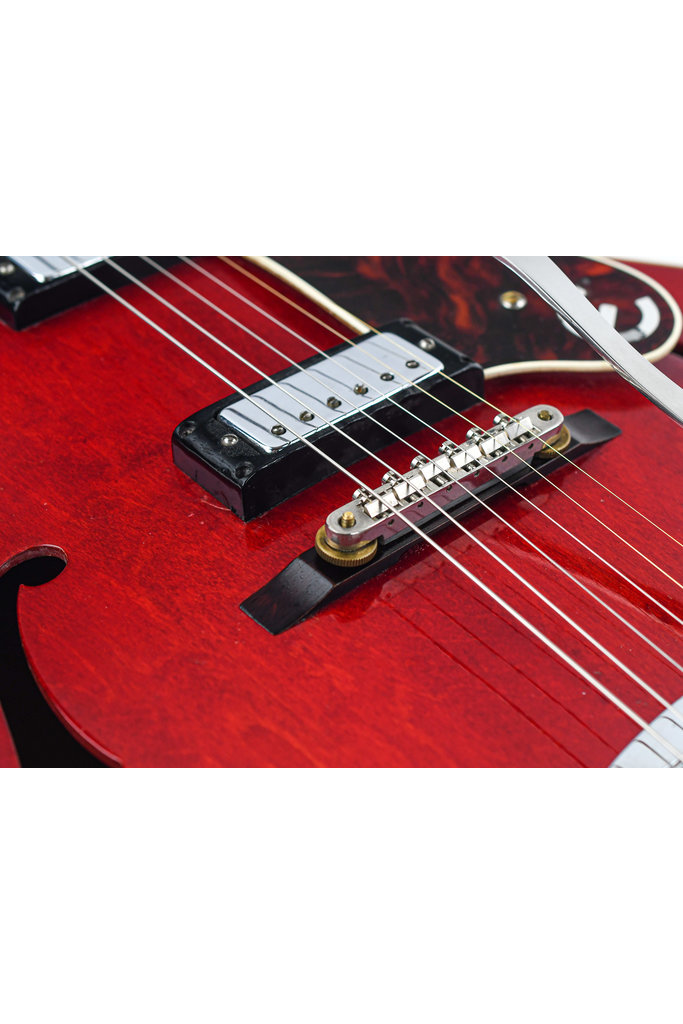 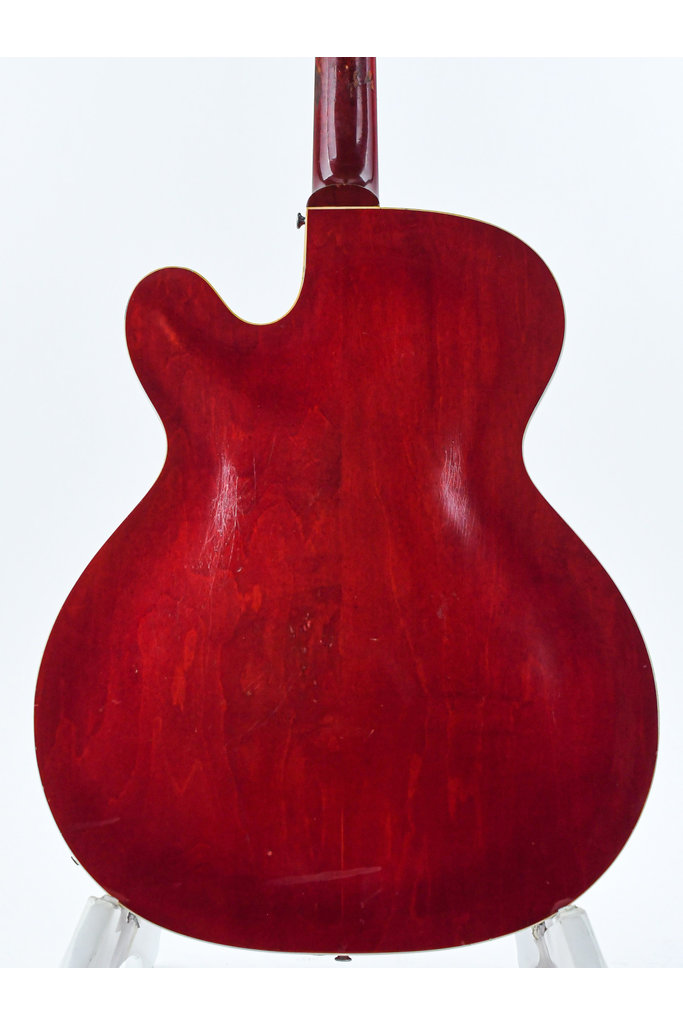 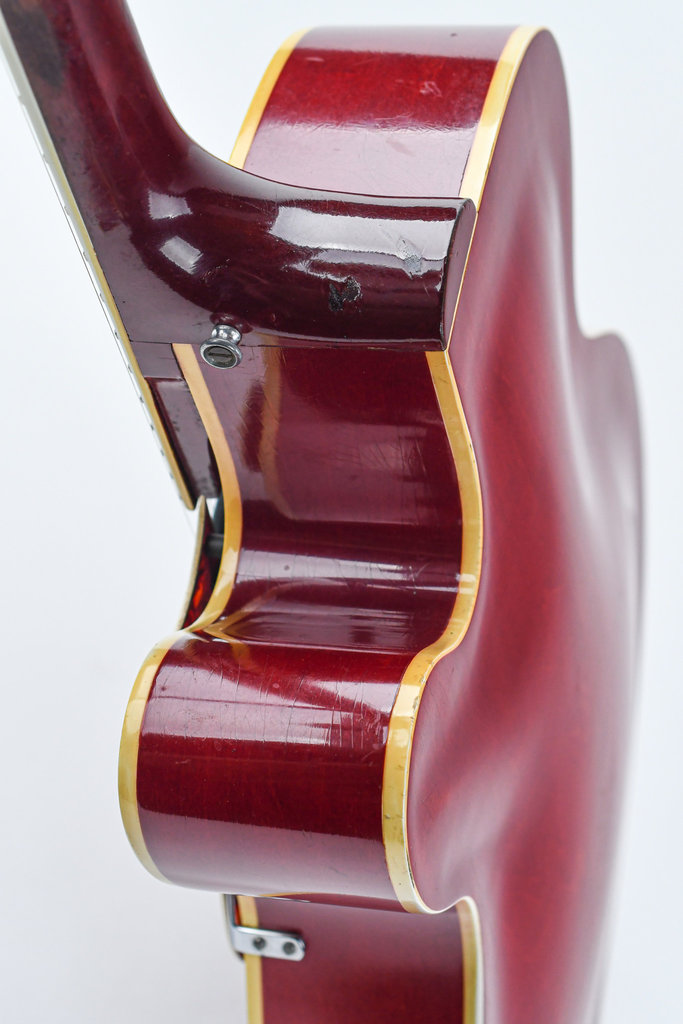 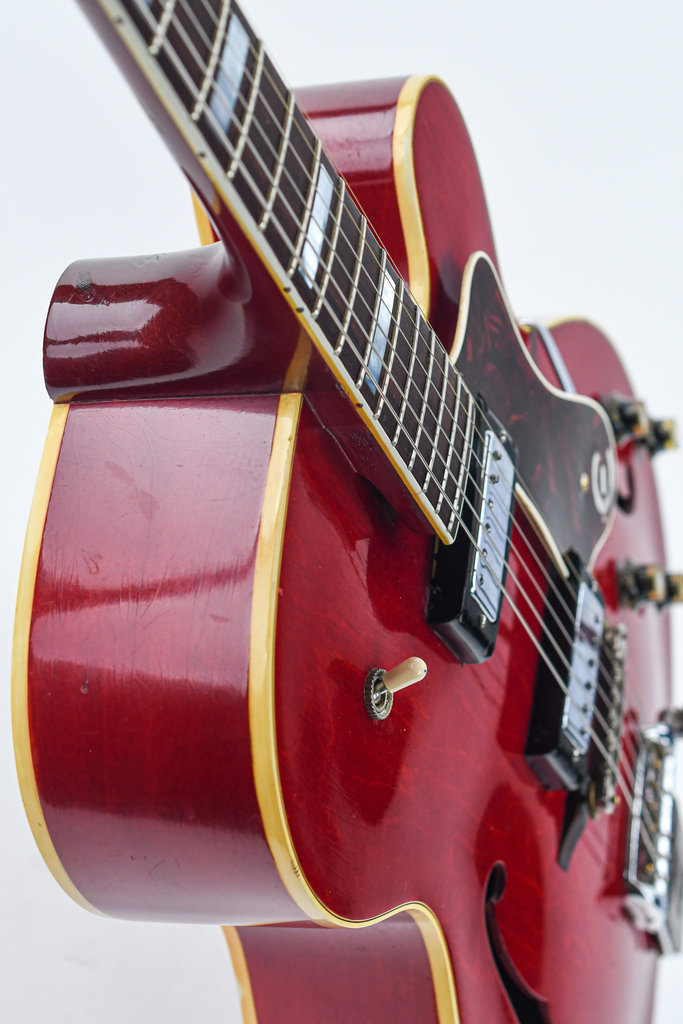 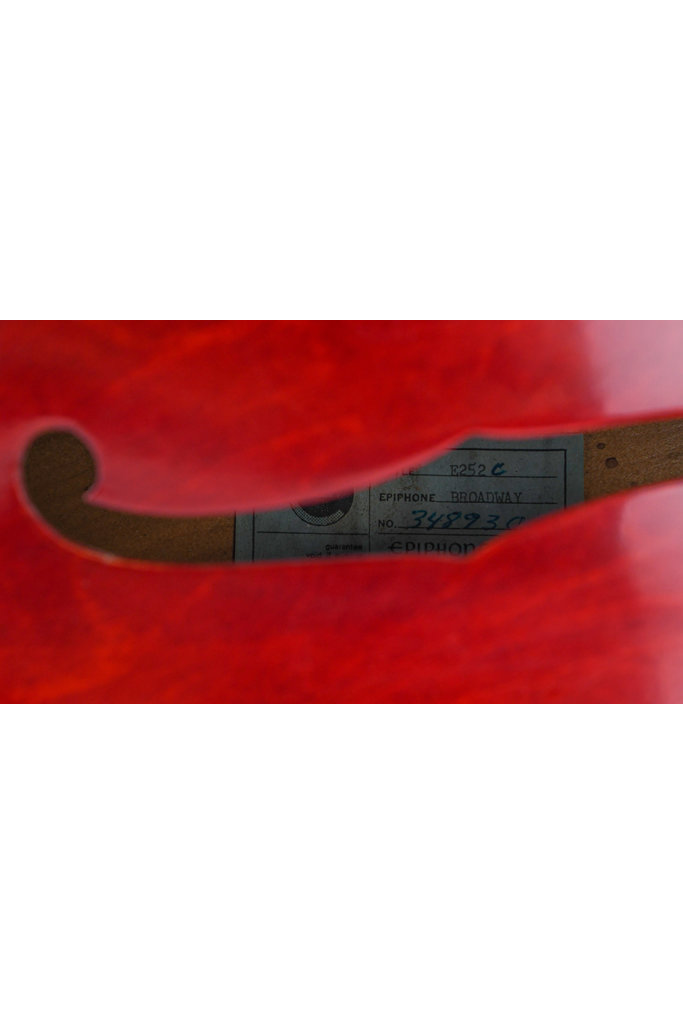 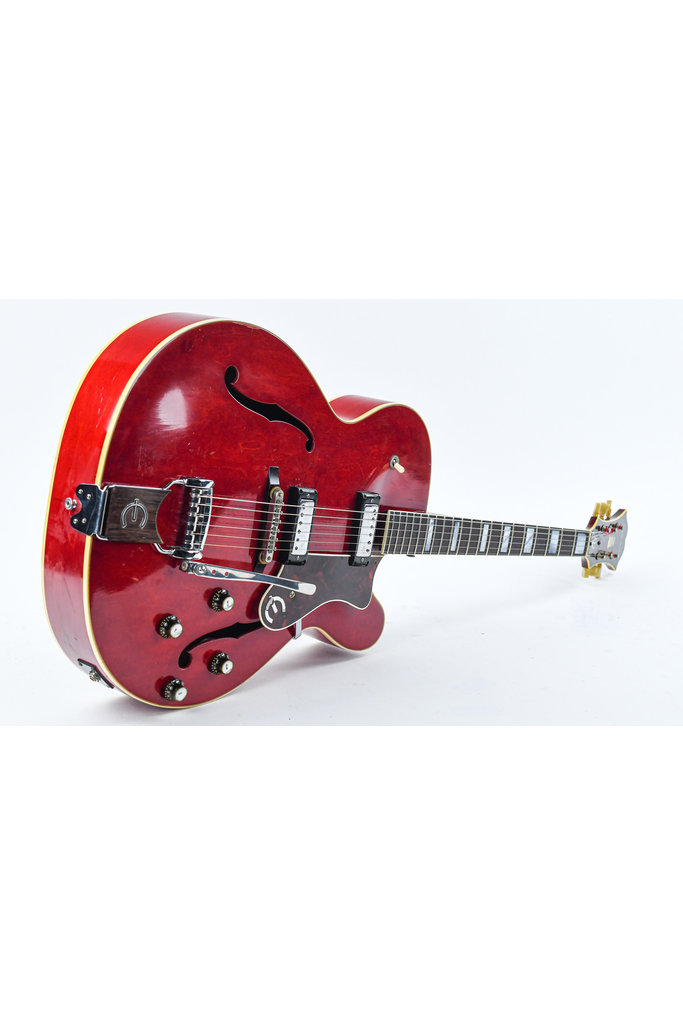 €3.999,00
Product Status
Very Good
condition-description-very-good
Prices are incl. 0% VAT.
Built on the same factory line as the L5 and Super 400, the Broadway is one of the scarcest of Gibson made electrics, disappearing from the catalog by 1970.
Meer informatie en specificaties
Shipped direct after setup (Within 2 Working Days): In stock

Just two years after Gibson acquired the Epiphone company, the E252 Broadway was introduced in 1959 in the first flight of Kalamazoo-built Epiphone models. Its full depth Venetian cutaway body was both slightly wider and slimmer in depth than the Gibson ES350, which had ceased production some three years before. And the Tal Farlow wouldn't arrive for another three years yet, leaving the Broadway as the only full size Gibson-built laminate body archtop.

Built on the same factory line as the L5 and Super 400, the Broadway is one of the scarcest of Gibson made electrics as well, disappearing from the catalog by 1970. What makes it even more rare, is the cherry finish. This Broadway is in very good condition.

Cosmetically, it wears the expected dings, weatherchecking and small lacquer chips but still looks good for its age. It has had one reparation around the input jack and the bridge and tailpiece have been replaced but the original bridge is included in the case.

A delight for players and collectors alike, this is a nice looking, great playing vintage Broadway! 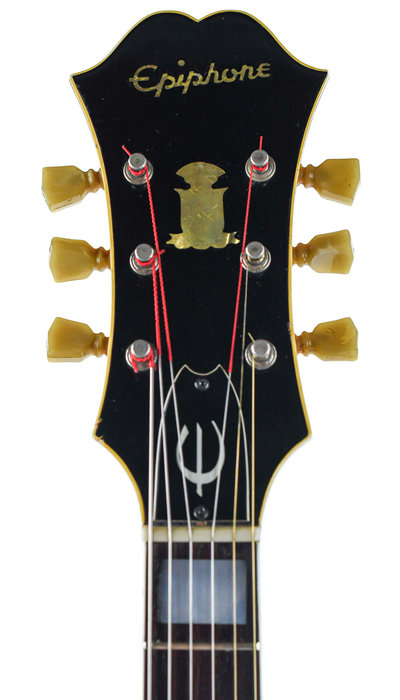