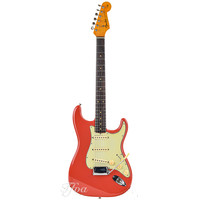 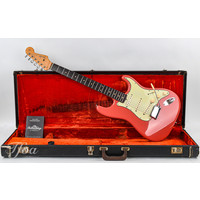 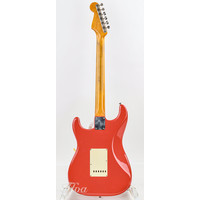 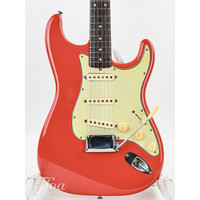 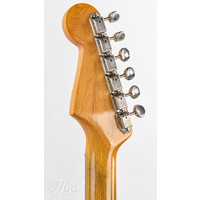 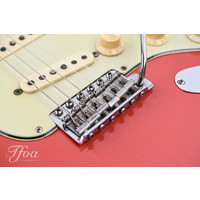 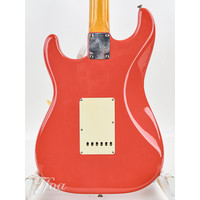 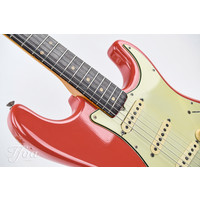 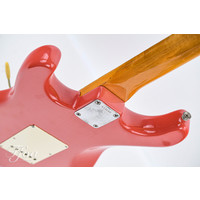 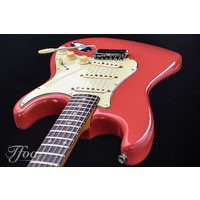 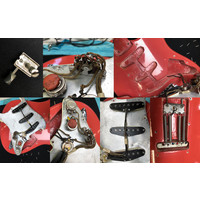 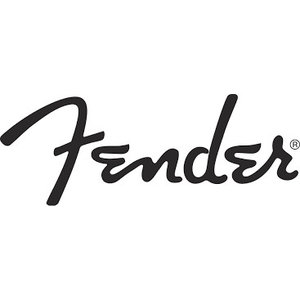 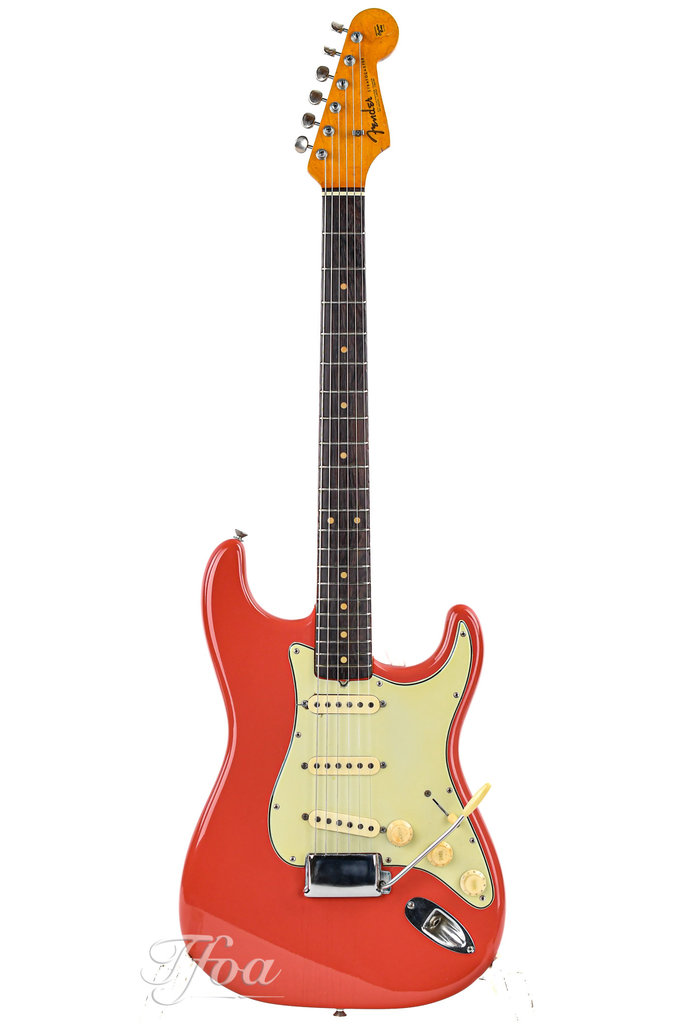 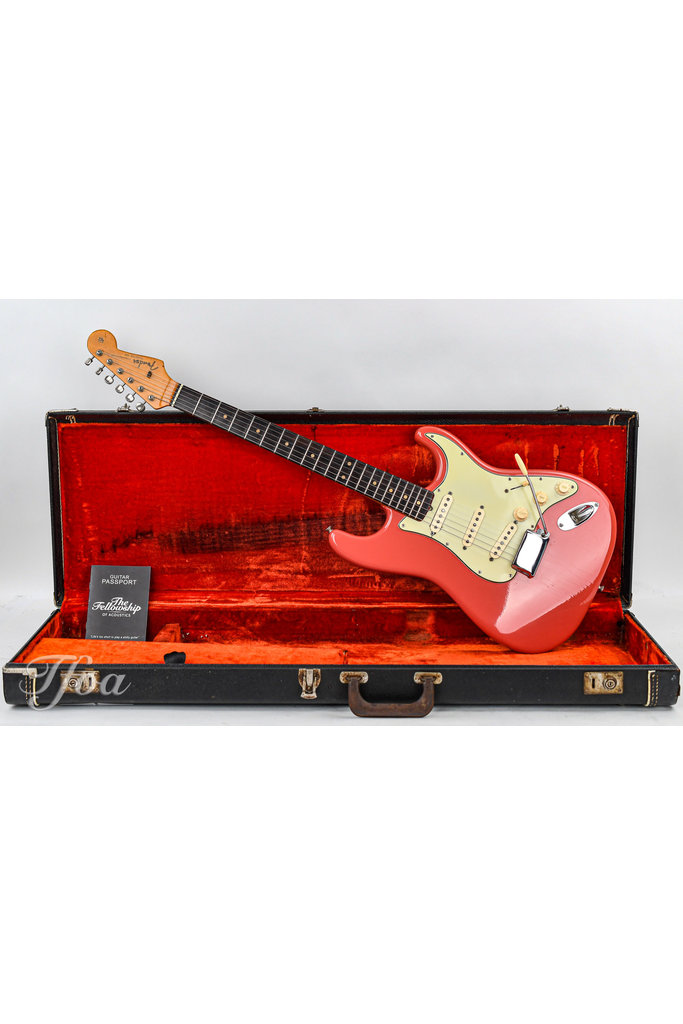 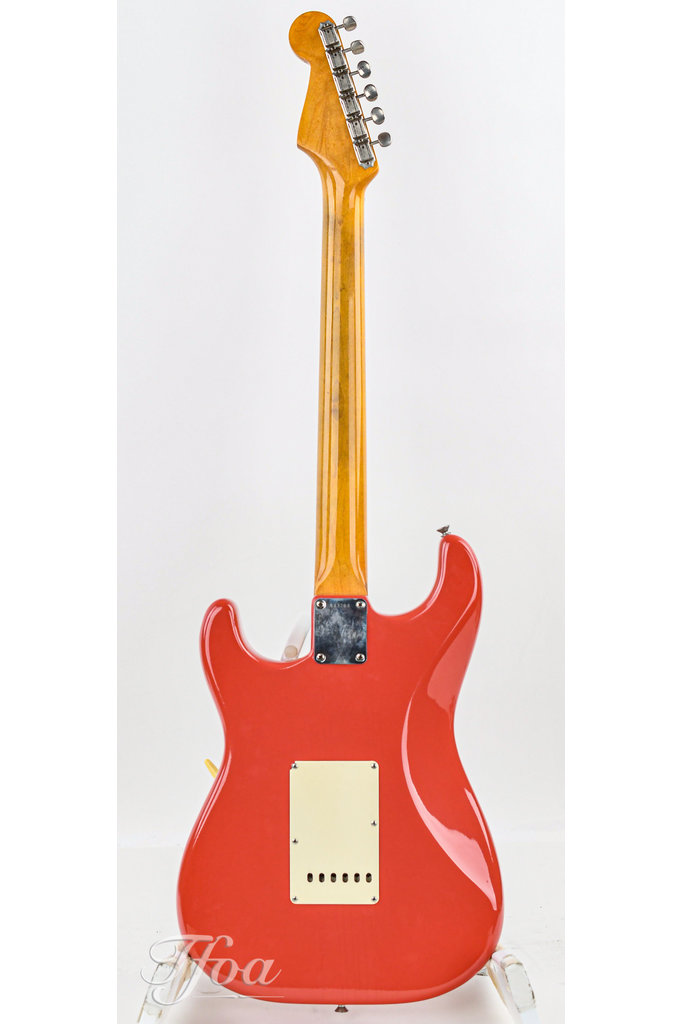 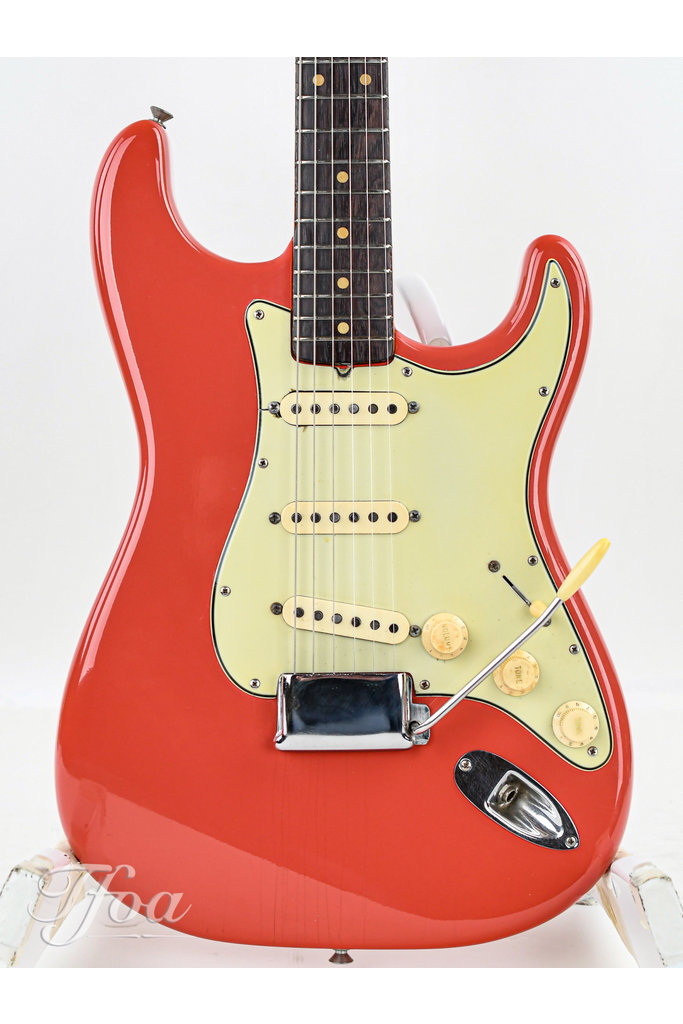 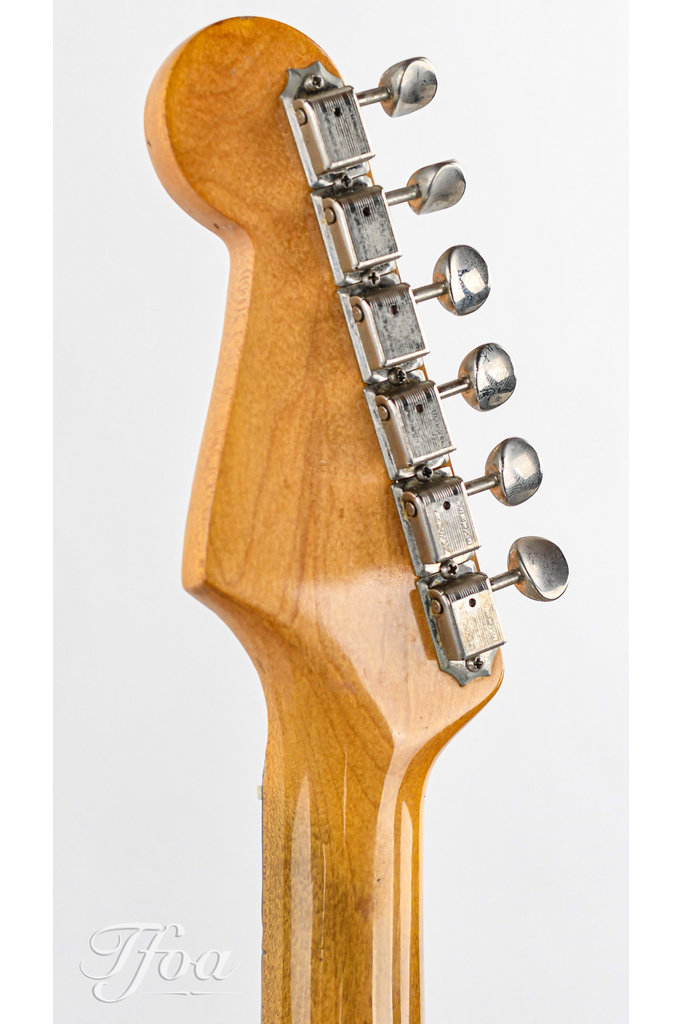 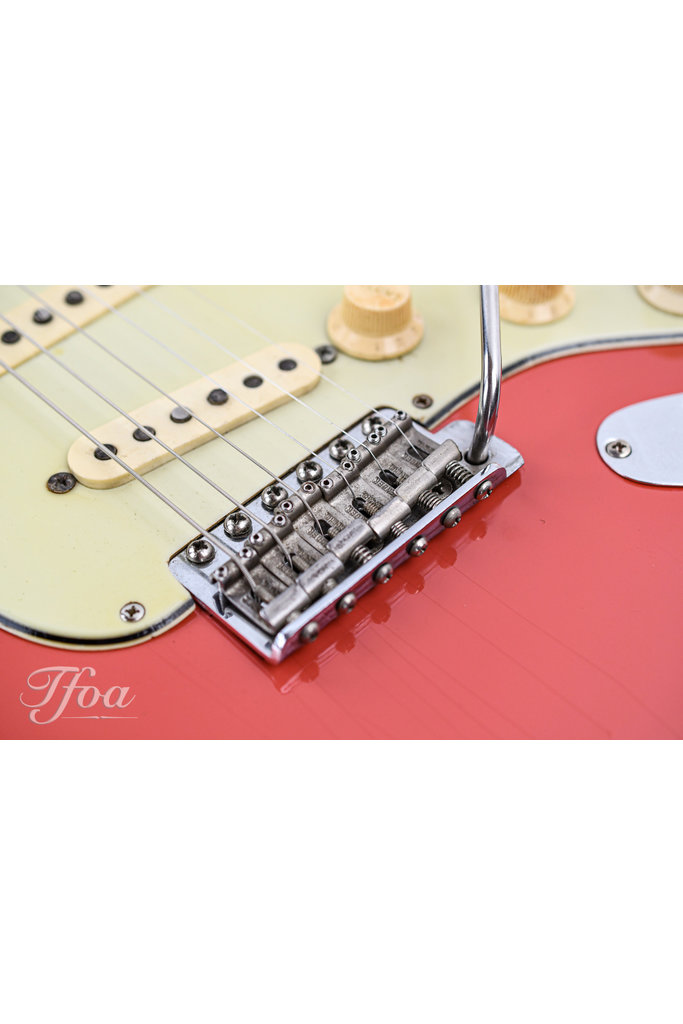 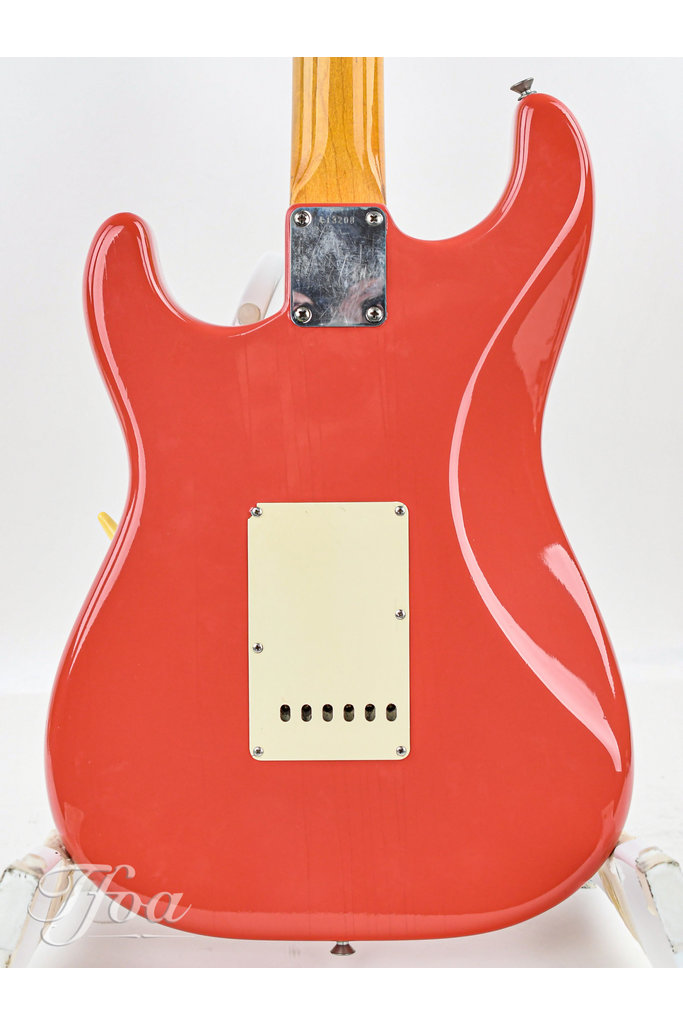 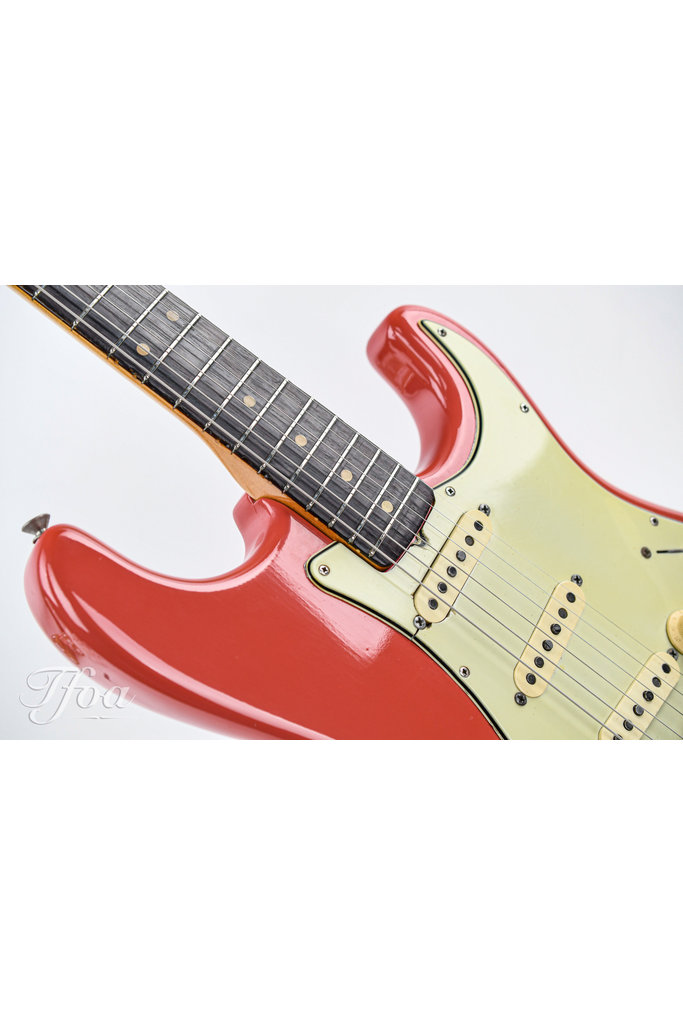 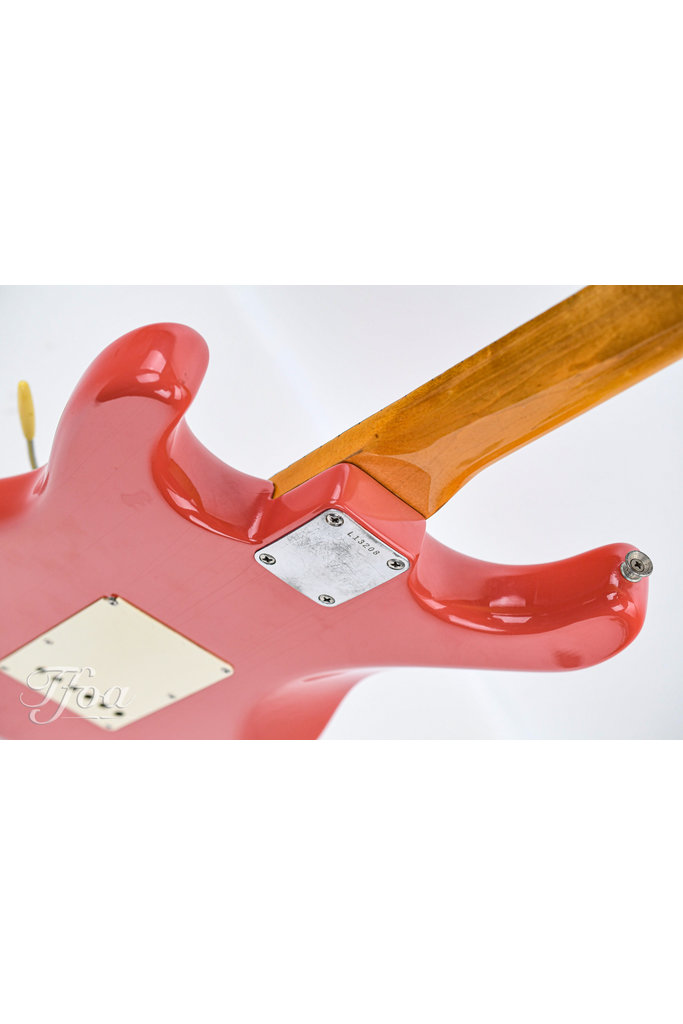 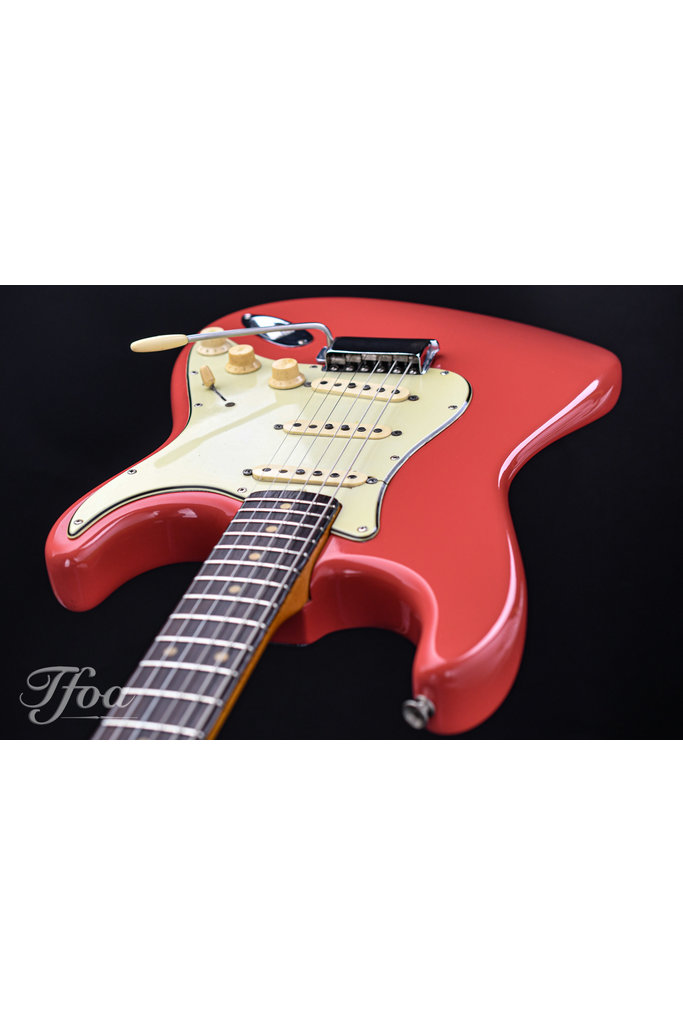 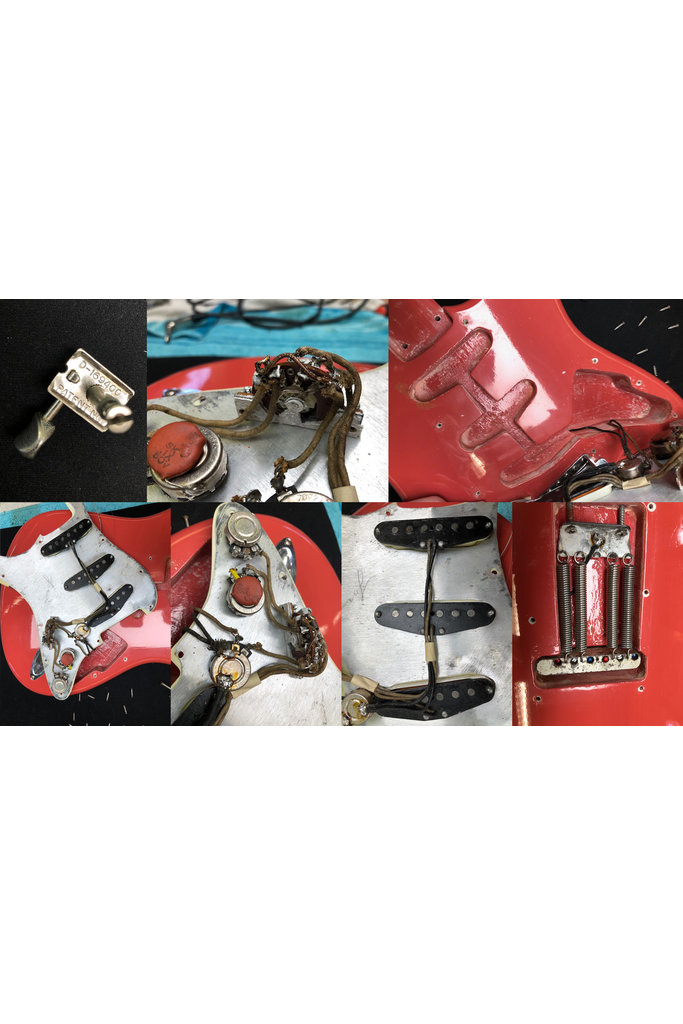 €12.999,00
Product Status
Very Good
condition-description-very-good
Prices are incl. 0% VAT.
You might think that the idea of ​​bumping into a nearly original golden-era Fender that's been under a bed or in a closed closet for decades is pure fantasy.
Meer informatie en specificaties
Out of stock

You might think that the idea of ​​bumping into a nearly original golden-era Fender that's been under a bed or in a closed closet for decades is pure fantasy. But they are still there. TFOA presents its latest acquisition: the 1963 Fender Stratocaster.

This vintage guitar has been refinished with a Fiesta Red finish, but still carries the original celluloid pickguard, with original black bottom pickups, potmeters and hardware. A beautiful guitar which will make many collectors extremely excited, their hearts will beat double time and their temperature will rise. This Fender Stratocaster is built in the golden pre-CBS era, making it a highly sought collectors item.

The guitar is in very good condition, shows traces of use and playwear, and traces that are inherent to its age. On the body we can see the naturally occurring weatherchecking, some dings, aging of the pickguard, buttons and caps. The back has also weatherchecking, some buckle-rash, traces of use on the neck plate and on the back plate. On the neck we can see playwear, especially along the sides of the fingerboard. The playwear underneath the refinish is visible on the back of the neck.The neck contains Kluson double line tuners with which the original tuners have been replaced at a later stage in the life of this Strat. These vintage tuners are probably a few years younger but are still from the 60s.

The alder body is equipped with a vintage Fender tremolo bridge with the famous stamped saddles and the vintage bridge cover. In addition, we see a rosewood veneer fingerboard on the maple neck, which must have been one of the first, given that until the end of 1962 Fender used the slab rosewood fingerboard as the standard. 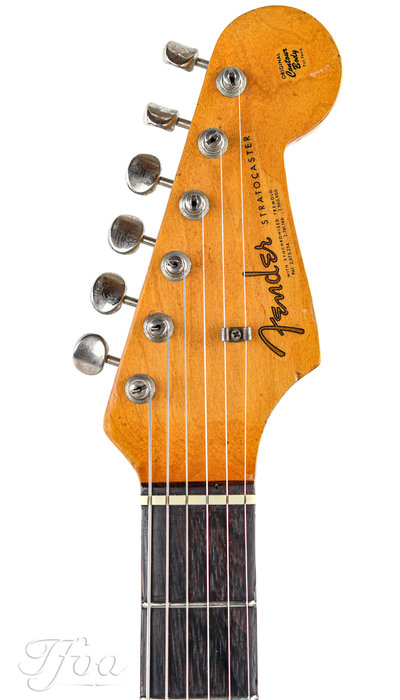