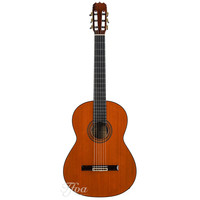 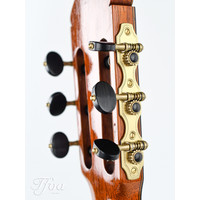 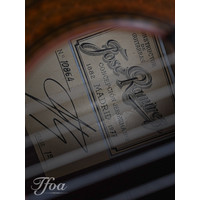 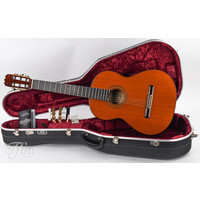 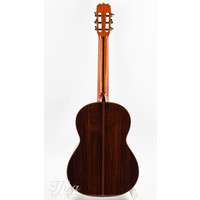 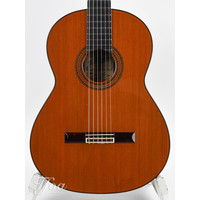 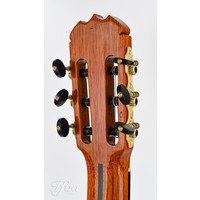 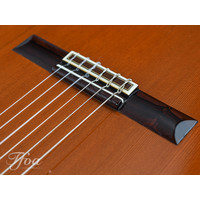 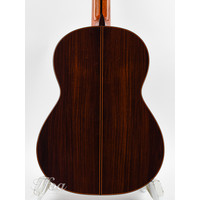 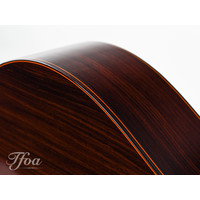 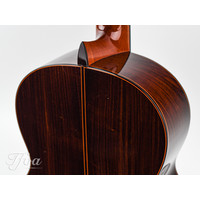 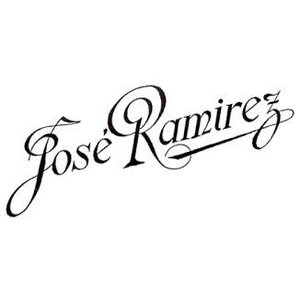 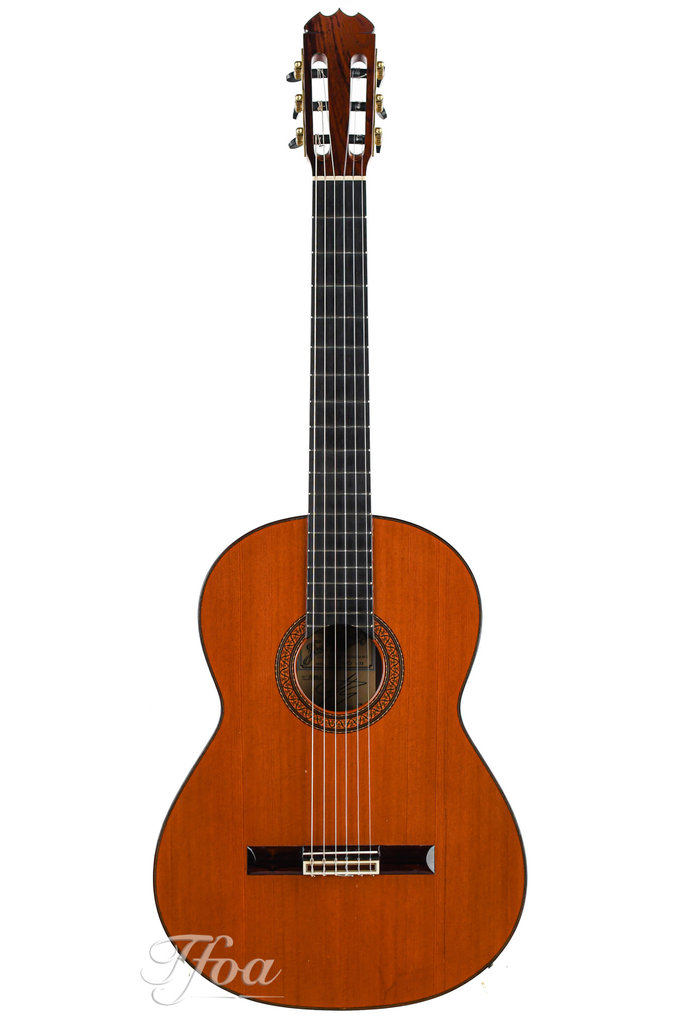 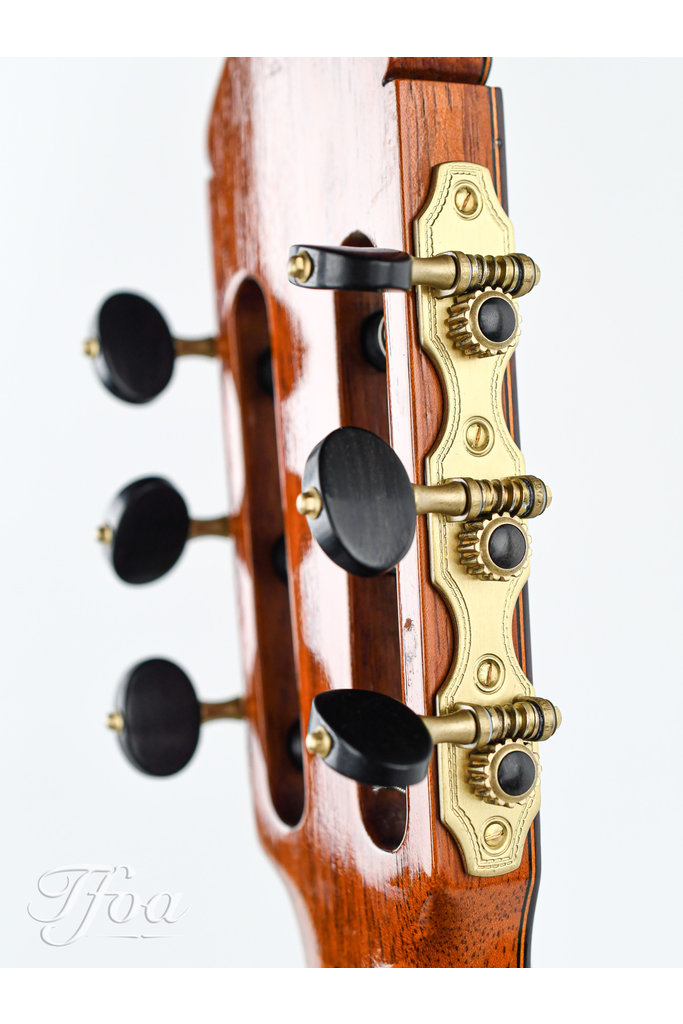 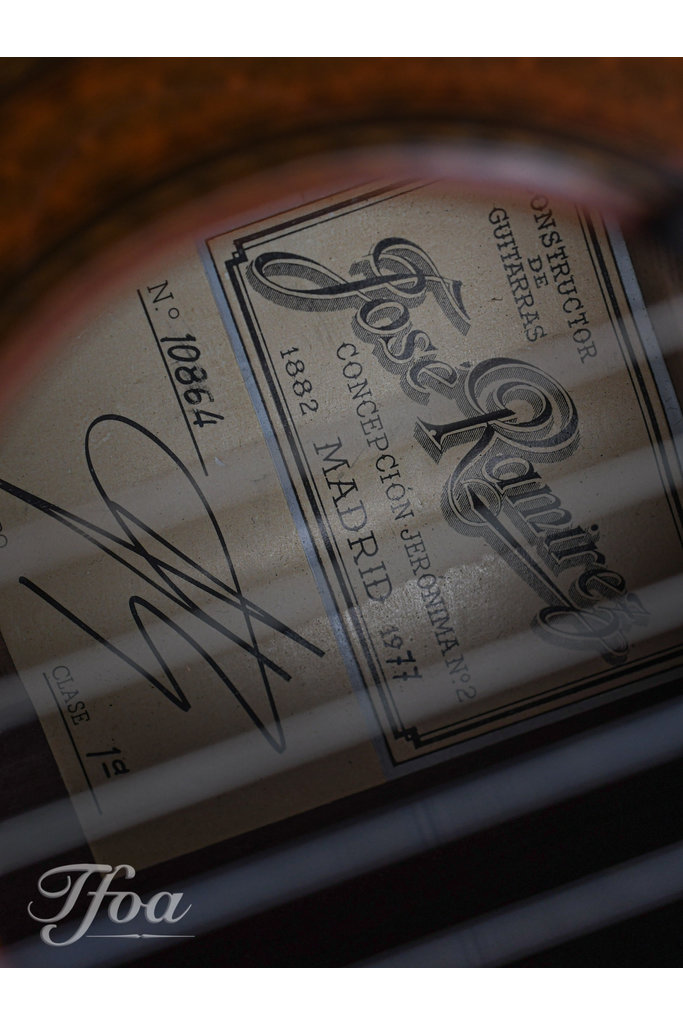 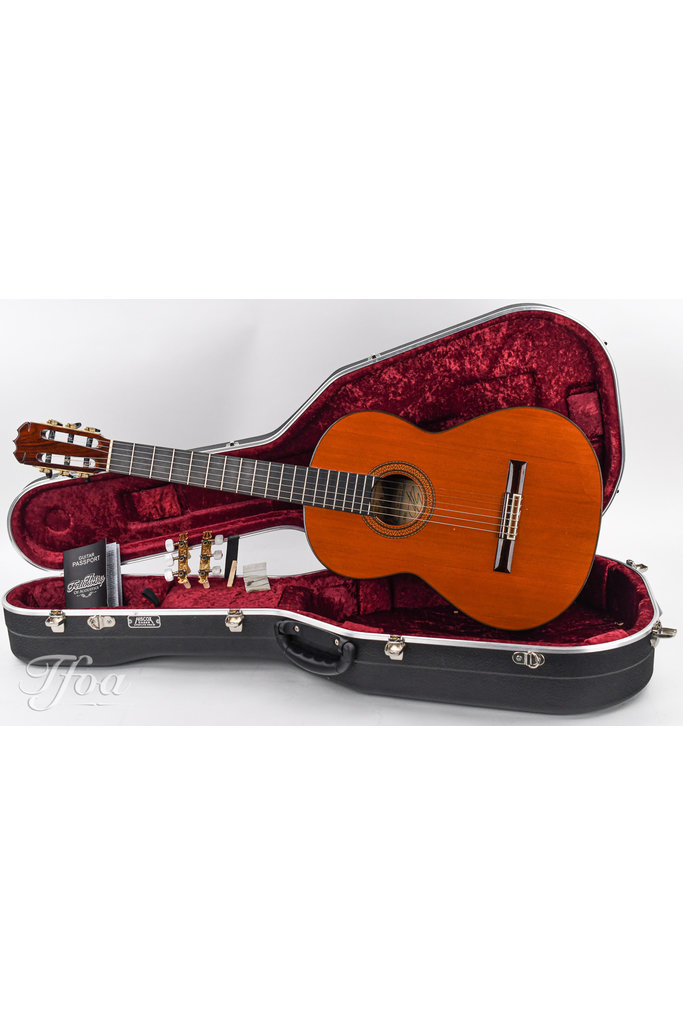 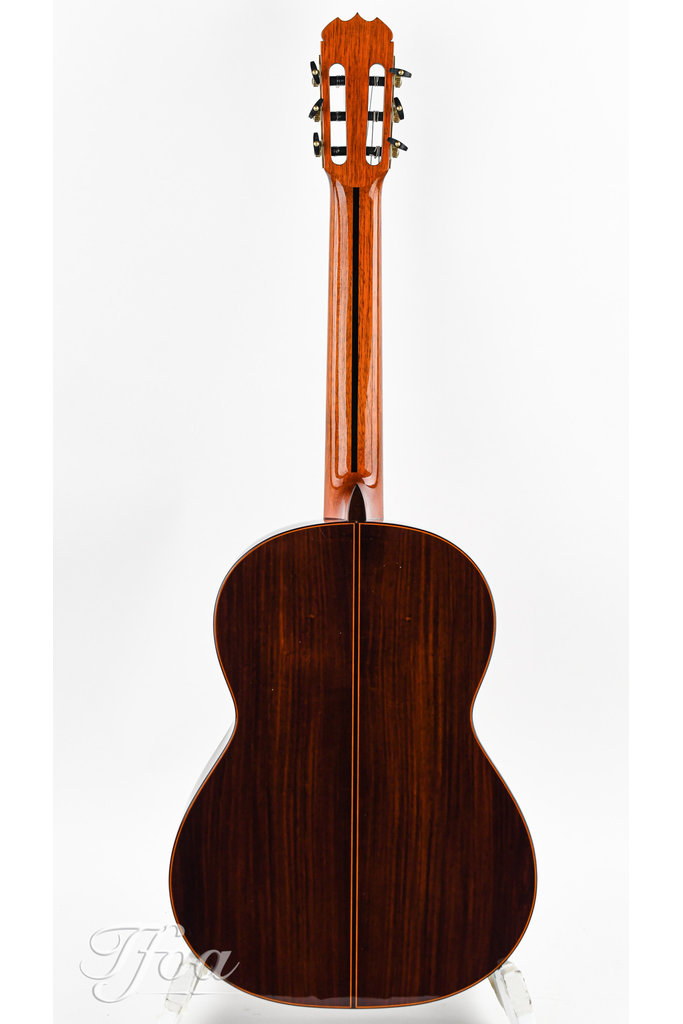 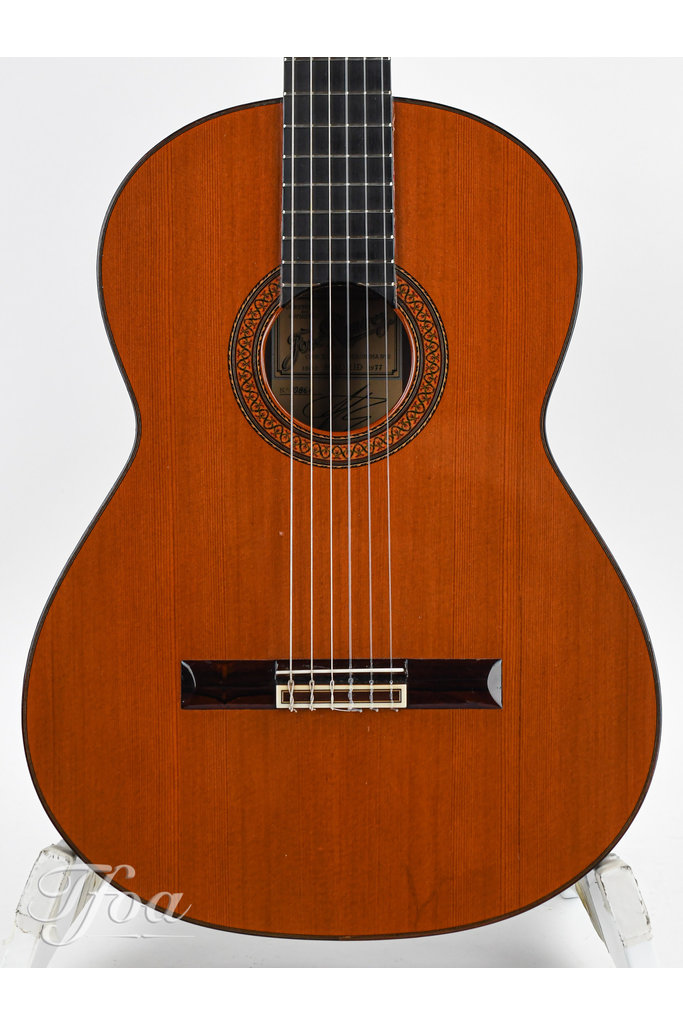 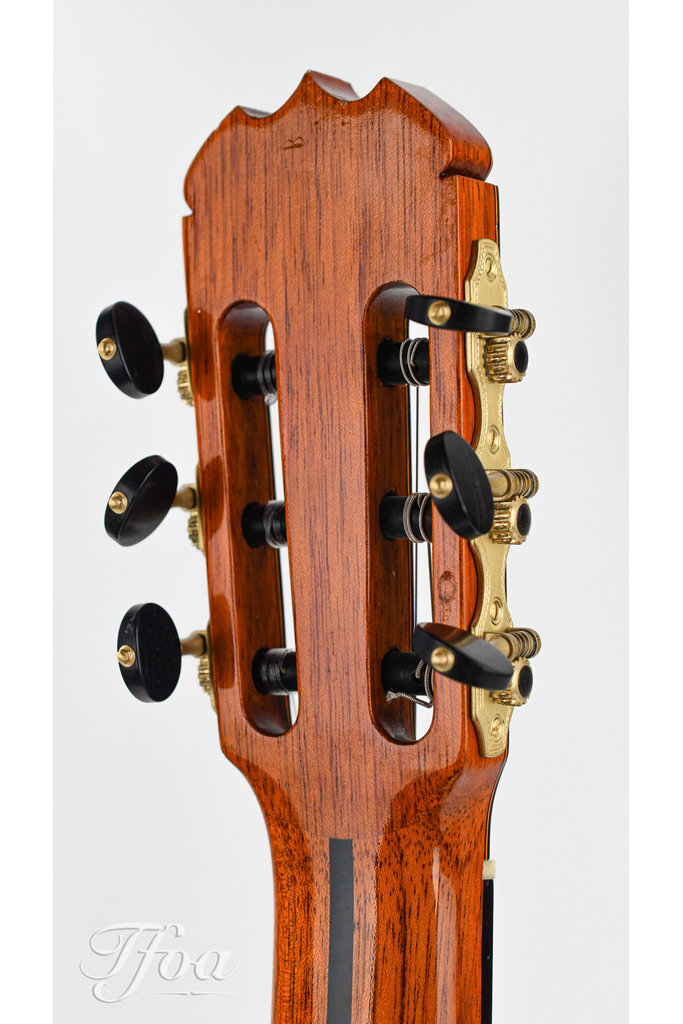 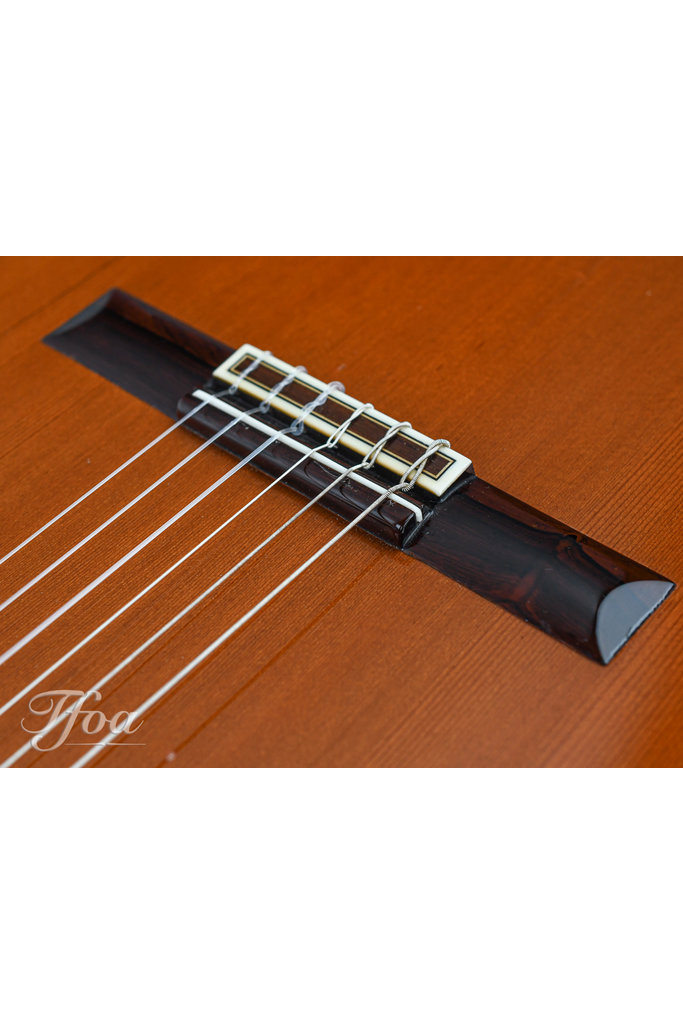 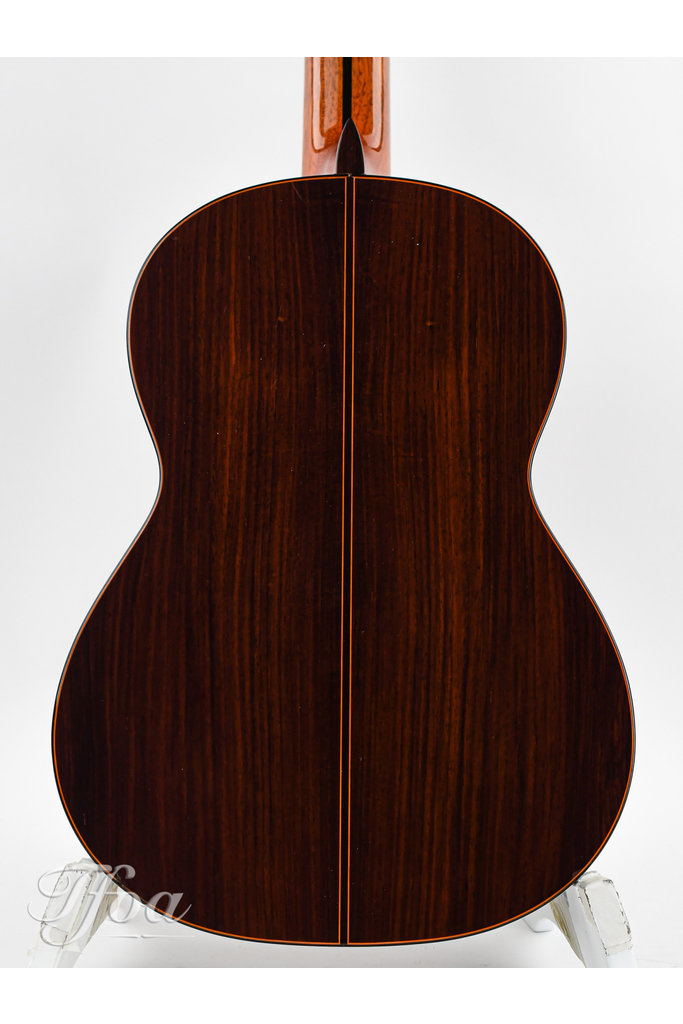 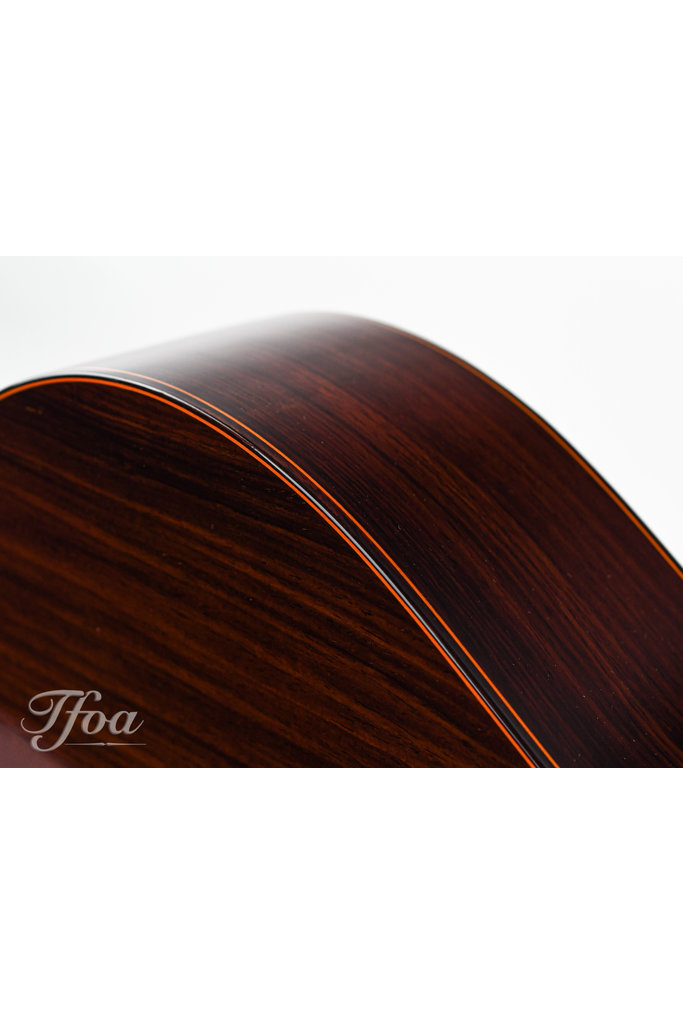 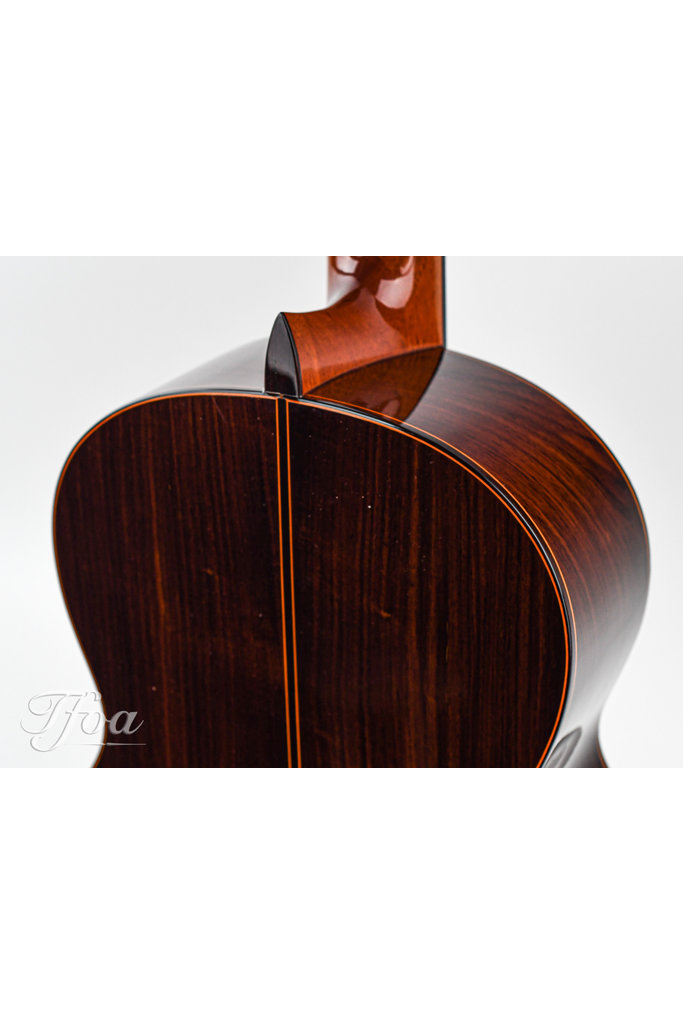 €4.500,00
Product Status
Good
condition-description-good
Prices are incl. 21% VAT.
The 1960s and 70s are considered by many to be the the Golden Age of the Ramirez workshop.
Meer informatie en specificaties
Shipped direct after setup (Within 2 Working Days): In stock

Ramirez 1a Rosewood-Cedar from 1977. The 1960s and 70s are considered by many to be the the Golden Age of the Ramirez workshop. It was during this time that Andres Segovia was playing Ramirez guitars, and the group of luthiers that worked at Ramirez included many famous names that would late on establish their own workshops. Somewhere in the early 70s Ramirez switched from using builders initials on the heelblock to a numbering system stamped on the underside of the top. This 1977 Ramirez bears no. 10 which means it was made by Mariano Tezanos Castro. Mariano Tezanos Castro was one of the best aprentices in the Ramirez shop. And if you know that Segovia favoured guitars made by Mariano Tezanos Castro then you'll know enough.

This 1A uses nicely grainded Rosewood for the back and sides -whereby the sides are laminated- in combination with a nicely darkened cedar top. The tone is full, clear, and has that typical warm, mysterious and moody character that made Ramirez famous. It features first rate materials and is in great "Good" condition with some honest playwear and other signs of use and several repaired cracks in the top which was also revarnished. The tuners are newer, but the originals still can be found in the case. The 664mm scale lenght is another typical Segovia era feature since it was the scale length he prefered. 54mm nutwidth. Includes newer hardshell case 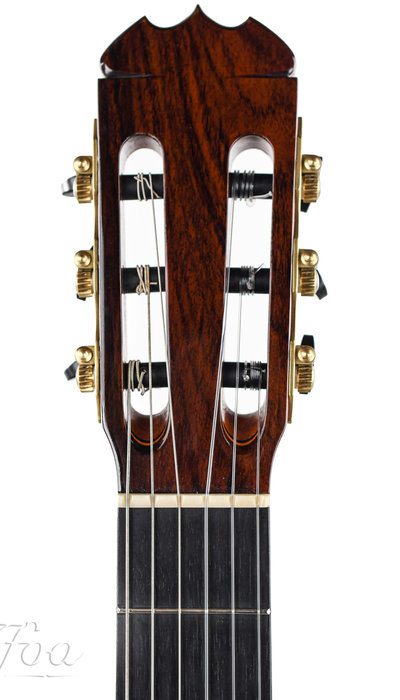