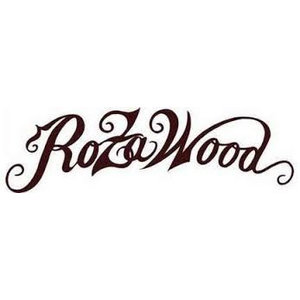 €10.990,00
Product Status
New
New products delivered from authorized suppliers and with full original warranty by the manufacturer. In addition, TFOA offers an extension of the warranty up to 5 years unless the manufacturer uses a longer warranty period. Delivered as much as possible in the original box but to relieve the environment we also use other boxes.
Prices are incl. 21% VAT.
The Rozawood OM28 is an indispensable voice for all players looking for comfort, build quality, and a tone deep enough to drown in.
Meer informatie en specificaties
Out of stock

The Rozawood Custom Om Twenty Eight Relic was made at our request, based on the most incredible guitar playing experience we ever had, and that was playing a pre-war OM28 from 1932. Once played, it remains between your ears forever.

The Rozawood OM28 Relic brazilian (with CITES) is an indispensable voice for all players looking for comfort, build quality, and a tone deep enough to get drown in. Rozawood is known for its new and innovative guitars that push boundaries. However, Roman and his employees are also deeply rooted in the history of Bluegrass and the flattop guitar and have proven several times that they can make a very accurate reproductions of the most astounding flattops made in the Golden Era.

This is also the case for this OM, which also contains the actual formula of a 'Golden Era' OM with its Brazilian Rosewood back and sides, paired with an Adirondack spruce top. The top features an ebony bridge and a 'teardrop' tortoise pickguard. The mahogany neck features an ebony fingerboard with the permanently beautiful 'Diamond and Squares' pearl inlay and a traditional V-profile that merges into a C-profile and therefore feels particularly comfortable. The Brazilian rosewood headstock overlay, accentuates the headstock of this OM31, where the aged Waverly tuners complete the understated look. This orchestra model is dressed in a thin nitro finish that has been professionally aged to ensure that its appearance matches its exceptional vintage tone, which is truly on par with the vintage originals; complex, honest and warm with an impressive dynamic character.