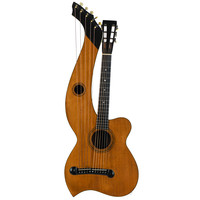 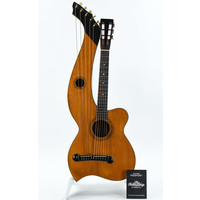 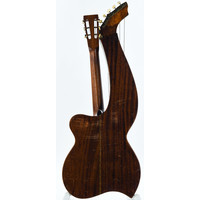 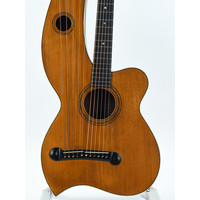 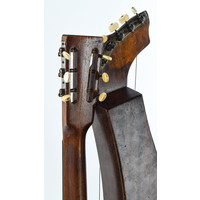 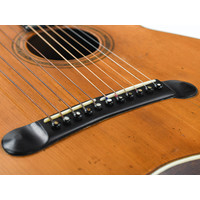 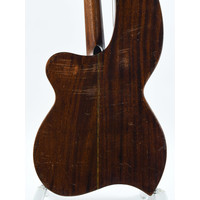 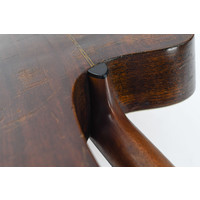 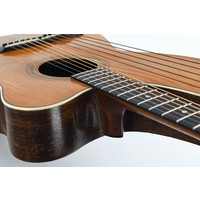 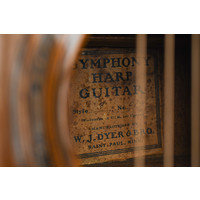 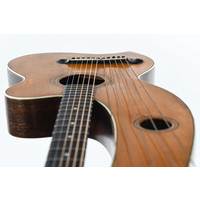 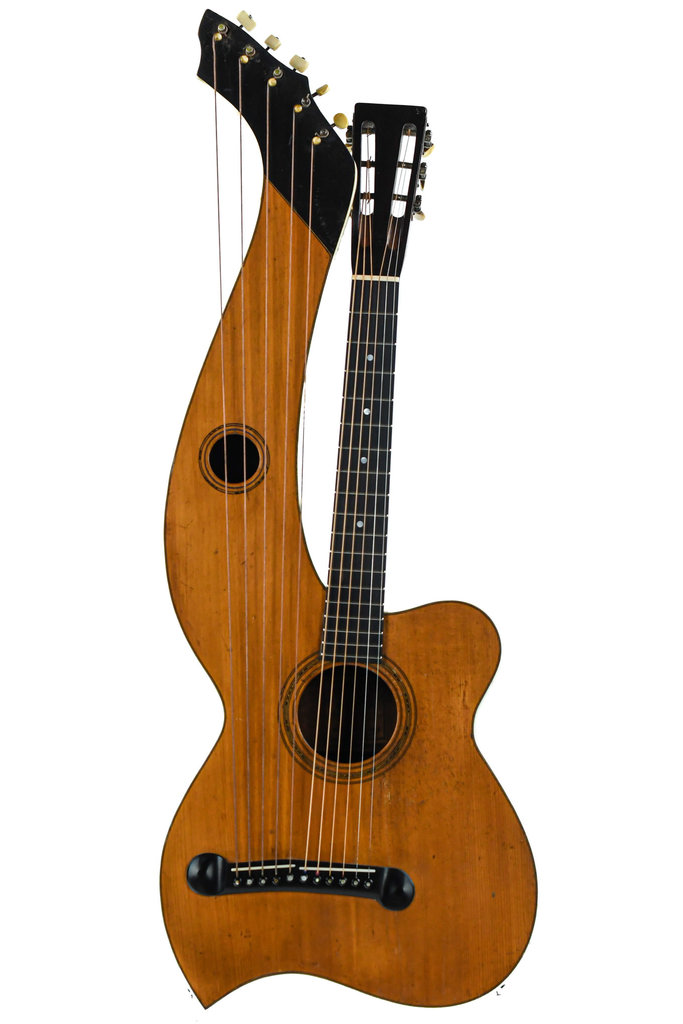 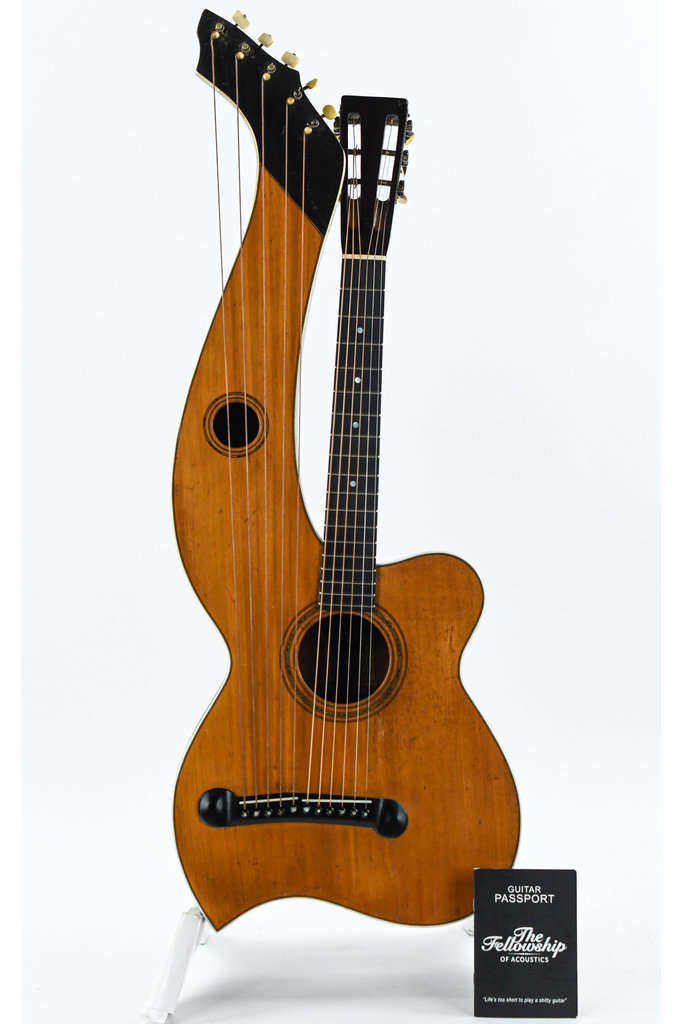 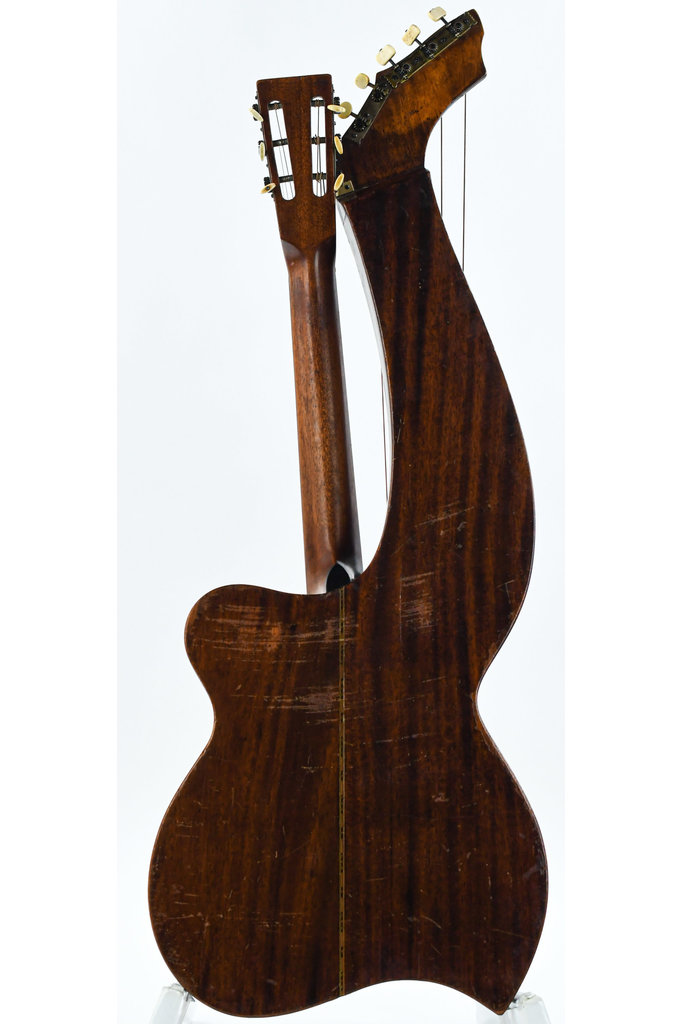 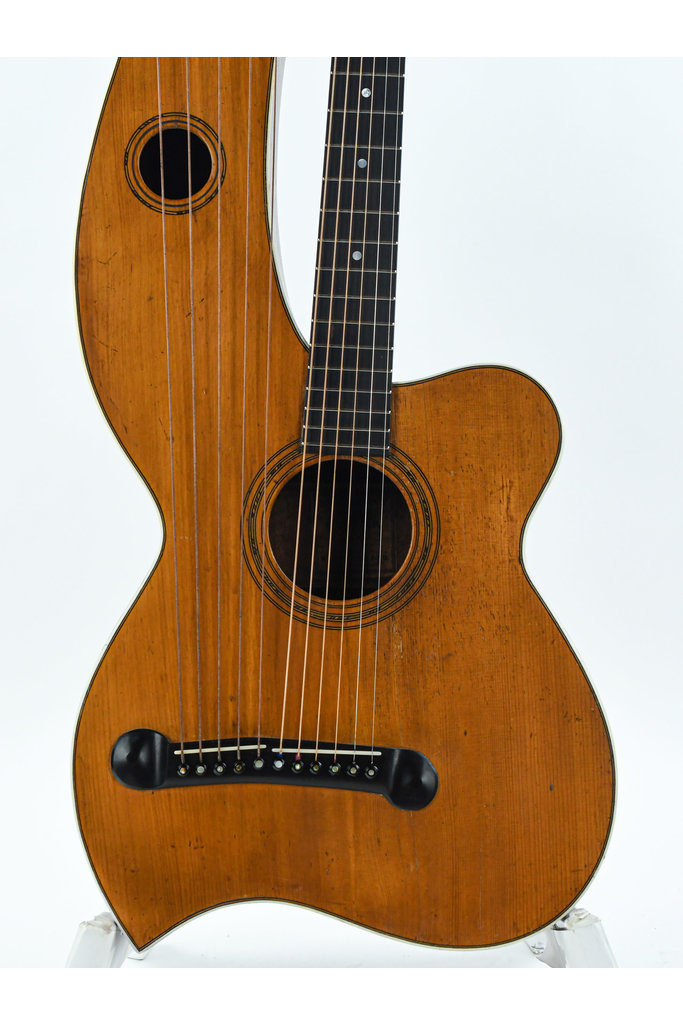 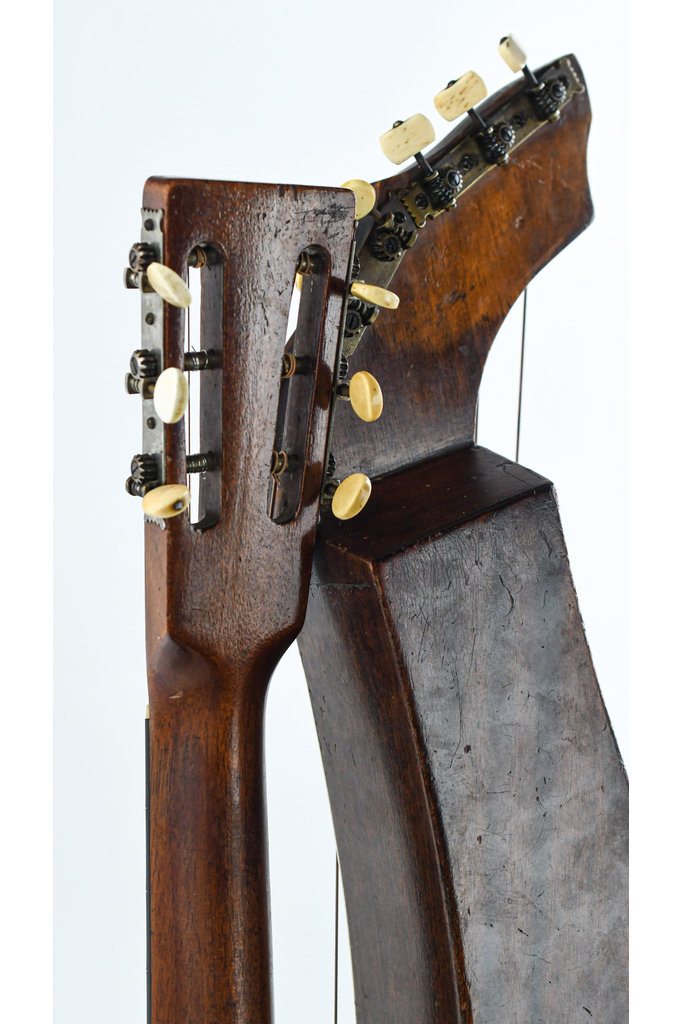 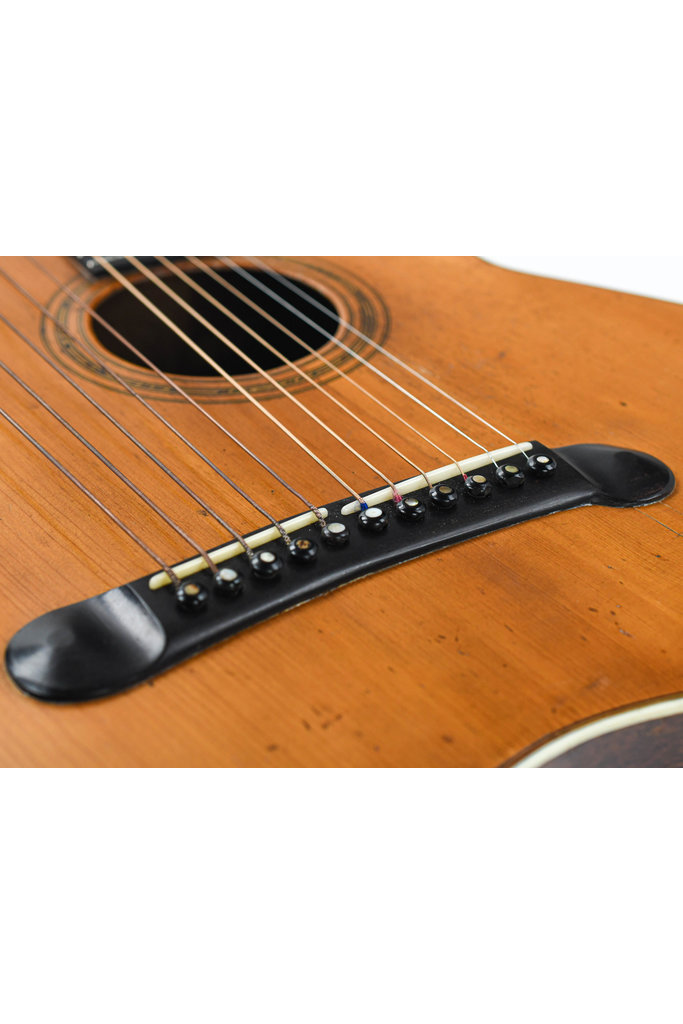 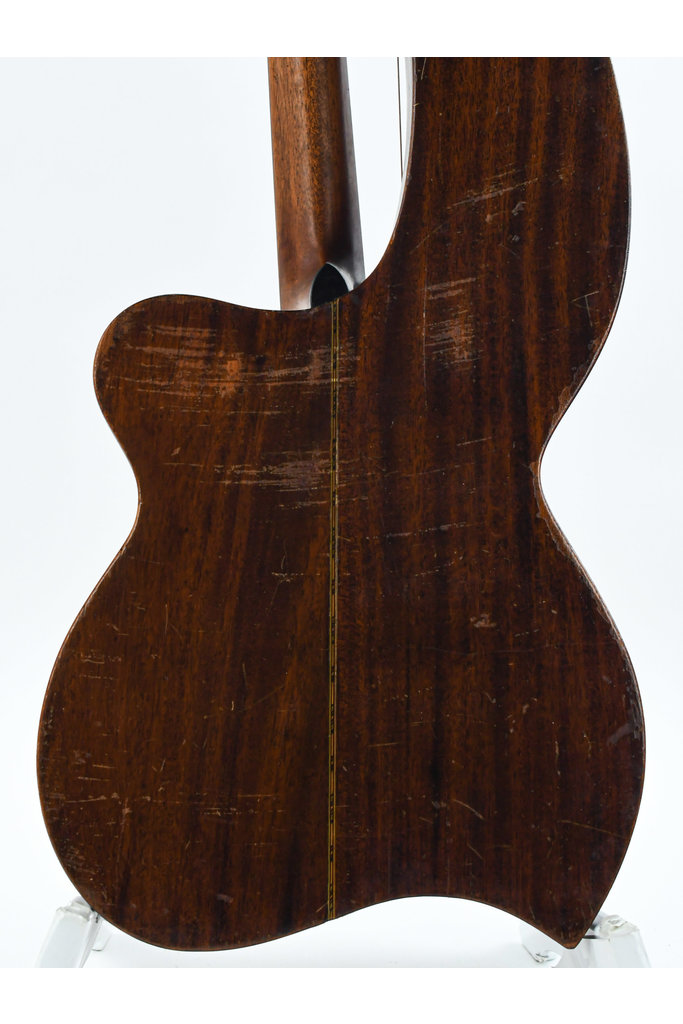 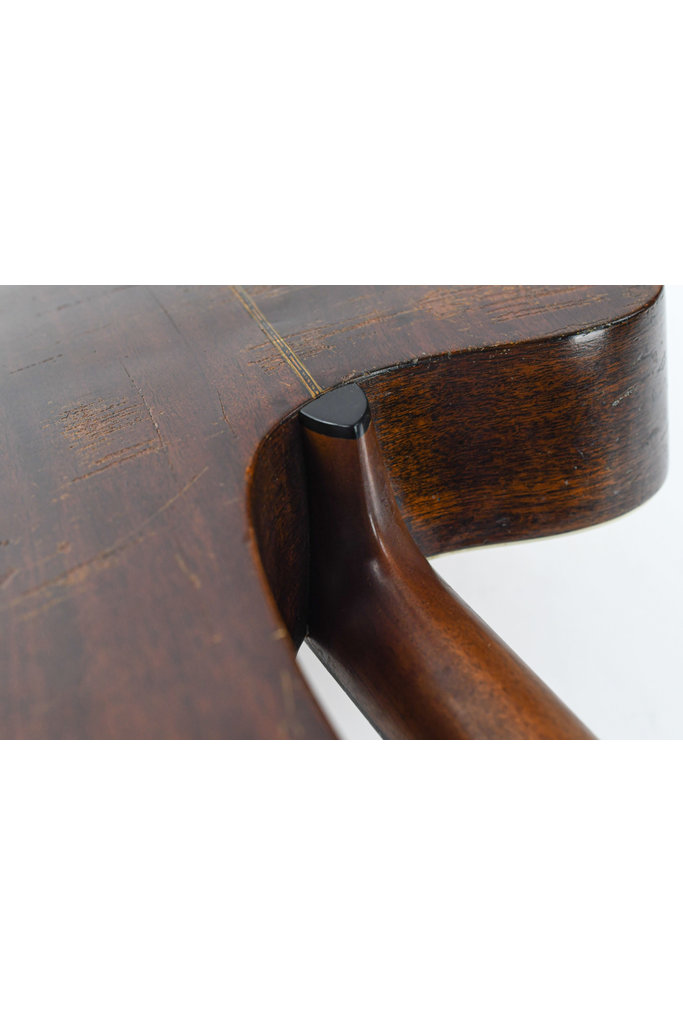 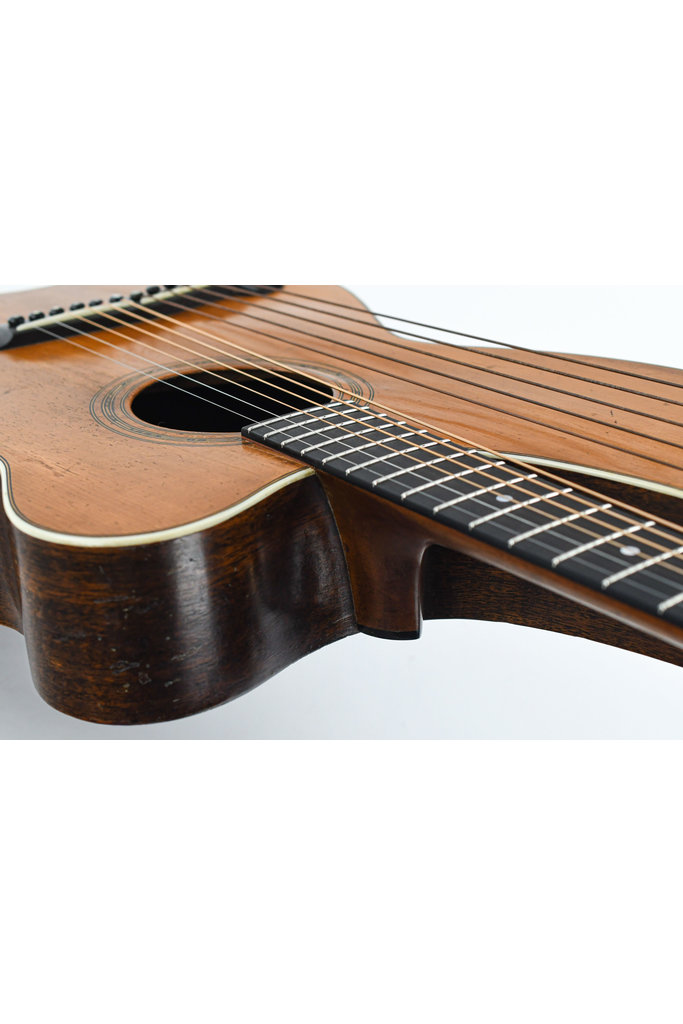 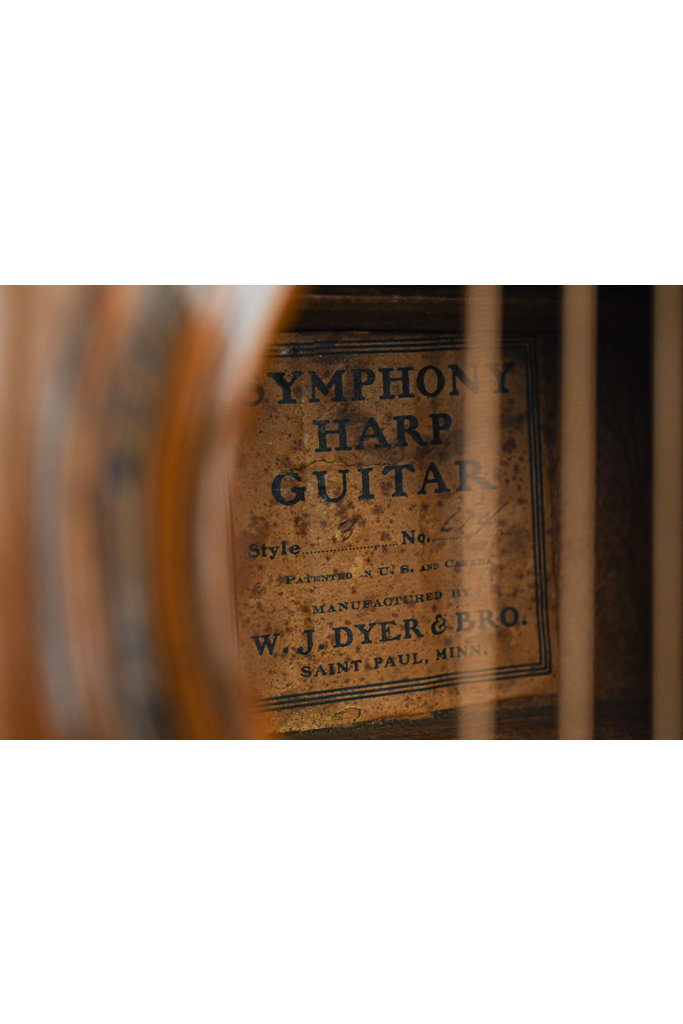 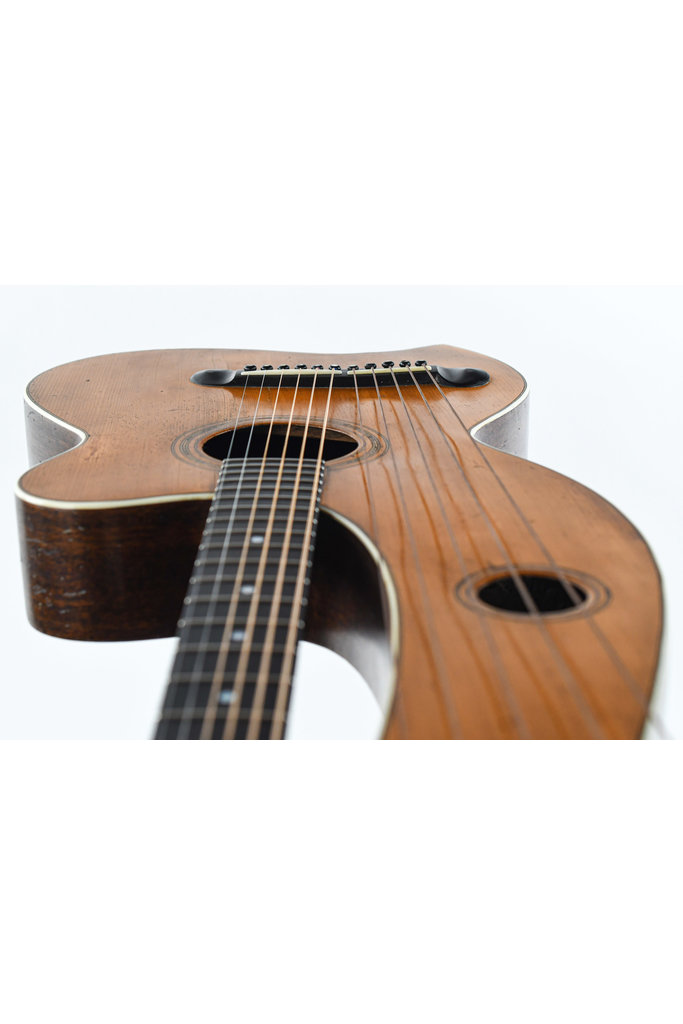 arl and August Larson, also know as the Larson Brothers, were born in Sweden and emigrated to Chicago in the late 1880s. They built guitars sold under other companies names like Stahl, Prairie State, Euphonon, and Maurer. Their guitars are famous and sought after and considered equal in quality to Martin guitars. Their harp guitars were primarily made under the brand of Dyer. This Dyer Symphony Harp Guitar model is called 'Style 3', and only about a handful are known to exist. To call this an extremely rare vintage instrument would almost be an understatement.

This is a "short-scale" harp guitar, with a 22.25" scale length. Undoubtedly, that's why it was created, and almost certainly inspired by Knutsen's 3/4 size harp guitars of 19-20" scale.

There is some uncertainty about the exact dating of Dyer harp guitars. This Style 3 with number '614' on the interior label appears to be made around 1908. That would mean it is over 110 years old, and for that age it is still in good condition. The spruce top has two repaired cracks and the mahogany back also has a couple cracks.

The tuners of the lowest three bass strings have been replaced. The corner of the tuner plate of the other two bass strings has been cut off to accommodate these newer tuners.

This is a very unique opportunity to own such a rare, special and very well playable collector's item. 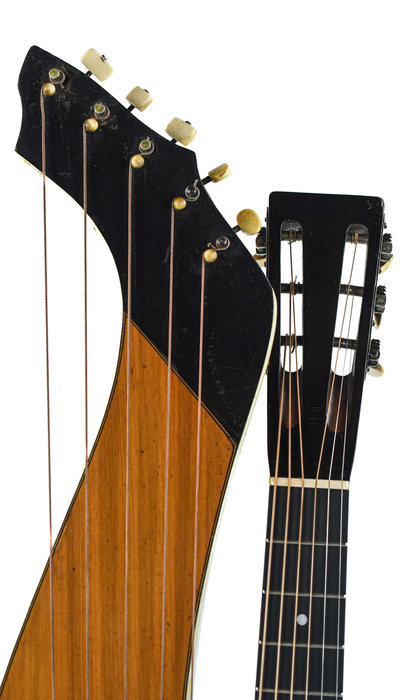