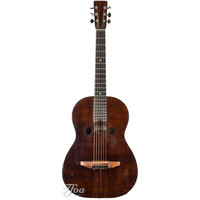 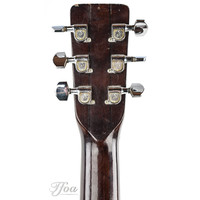 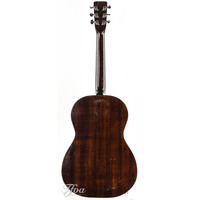 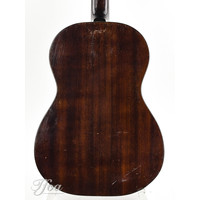 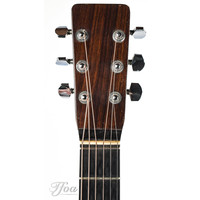 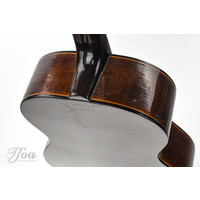 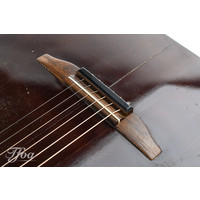 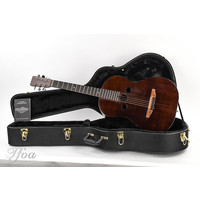 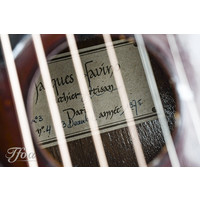 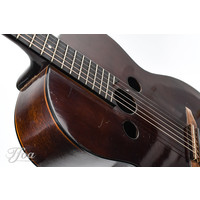 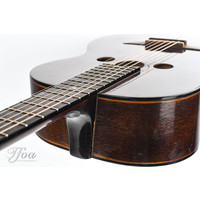 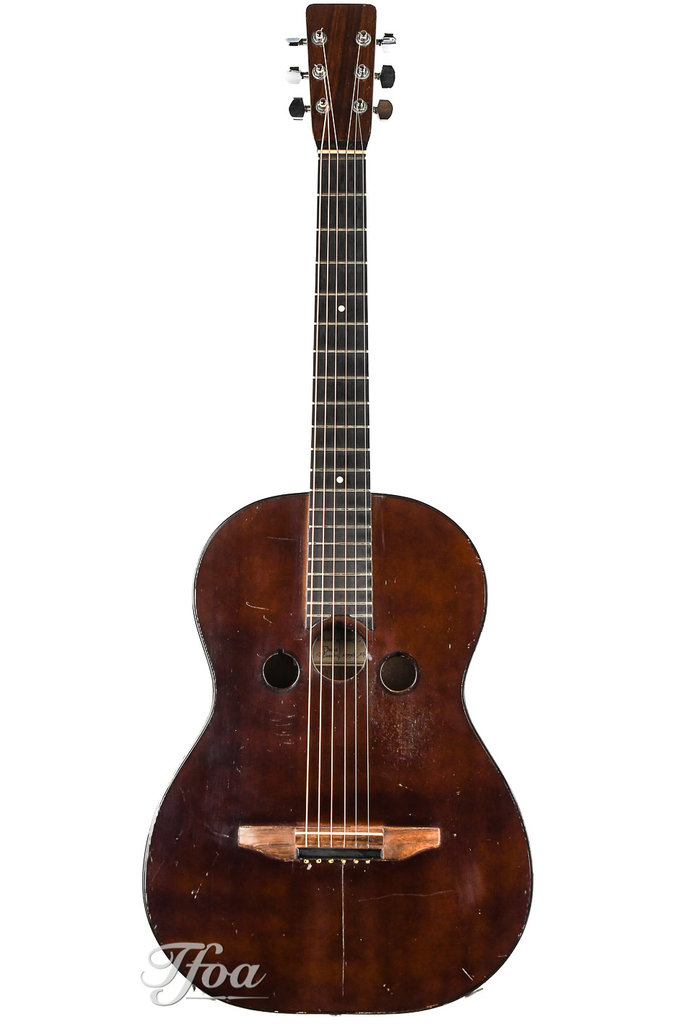 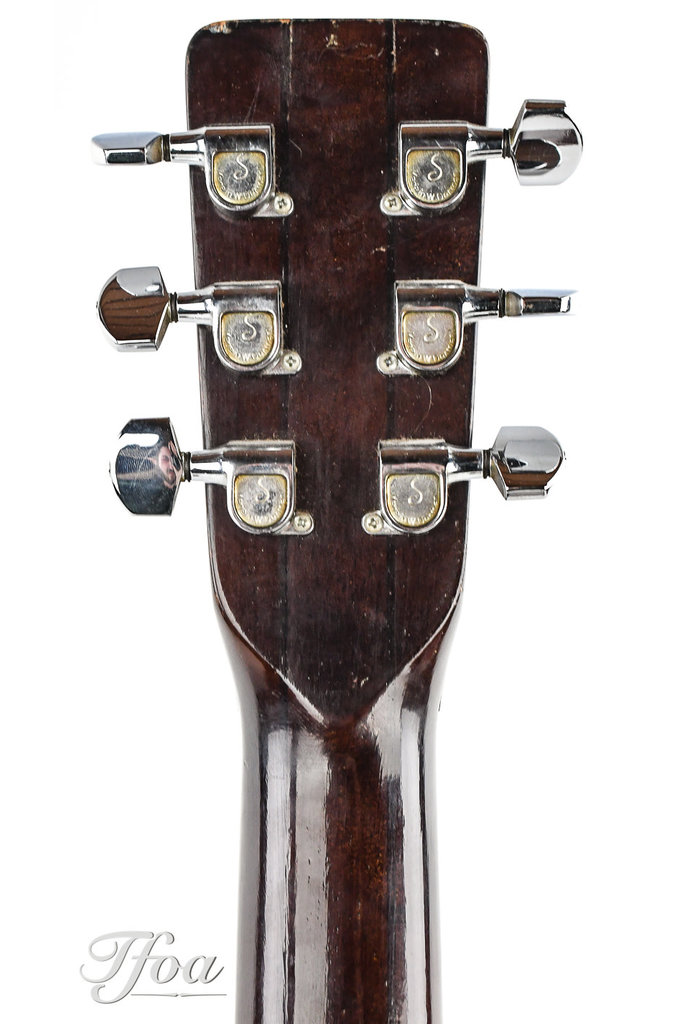 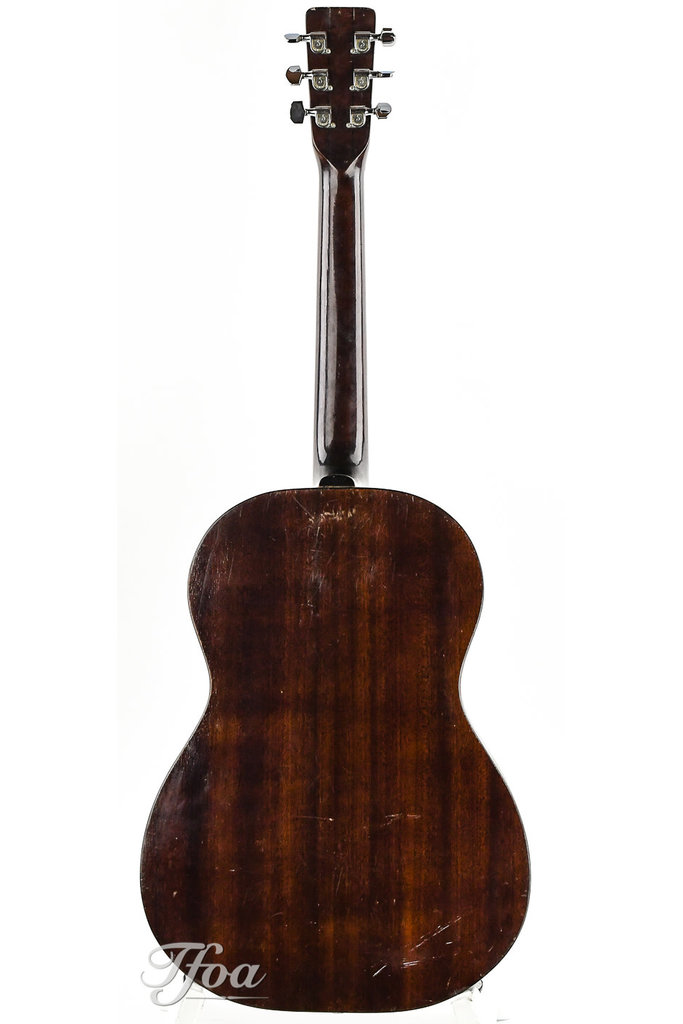 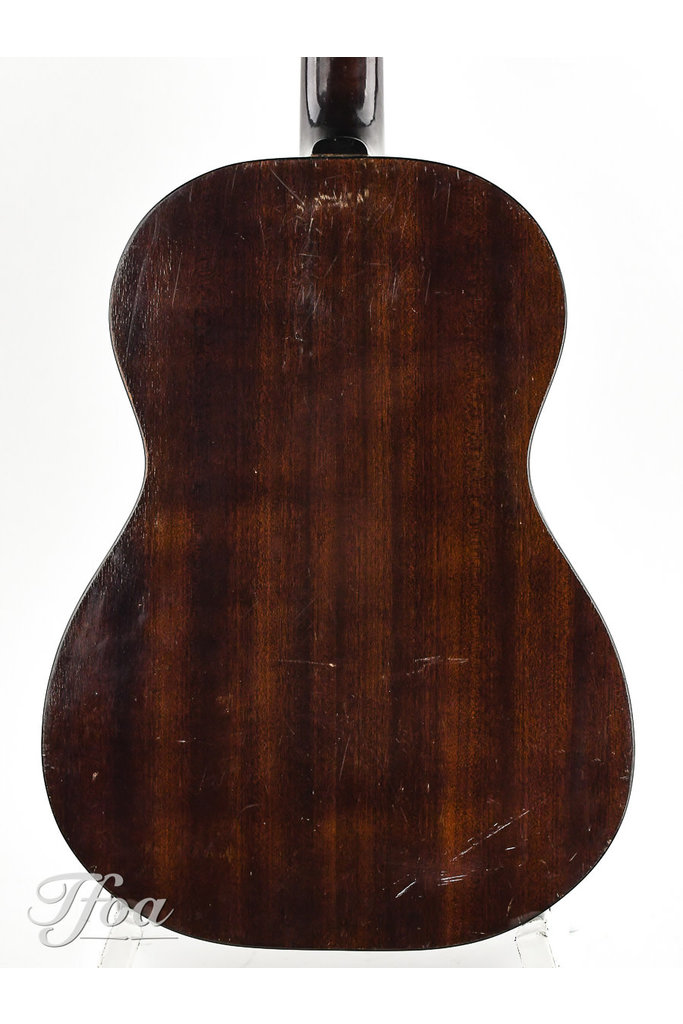 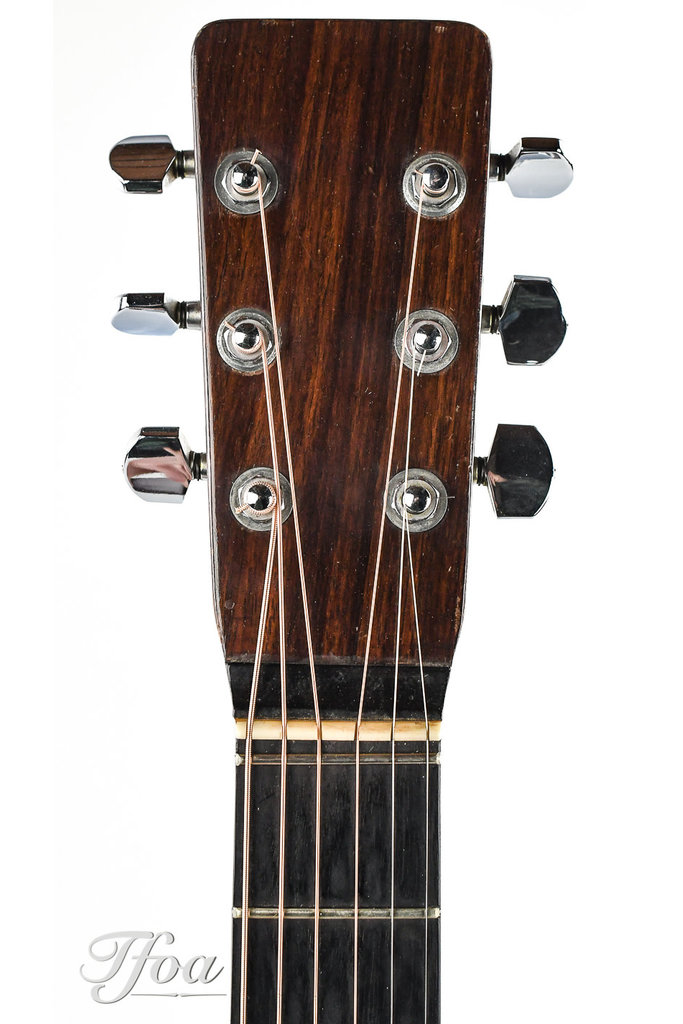 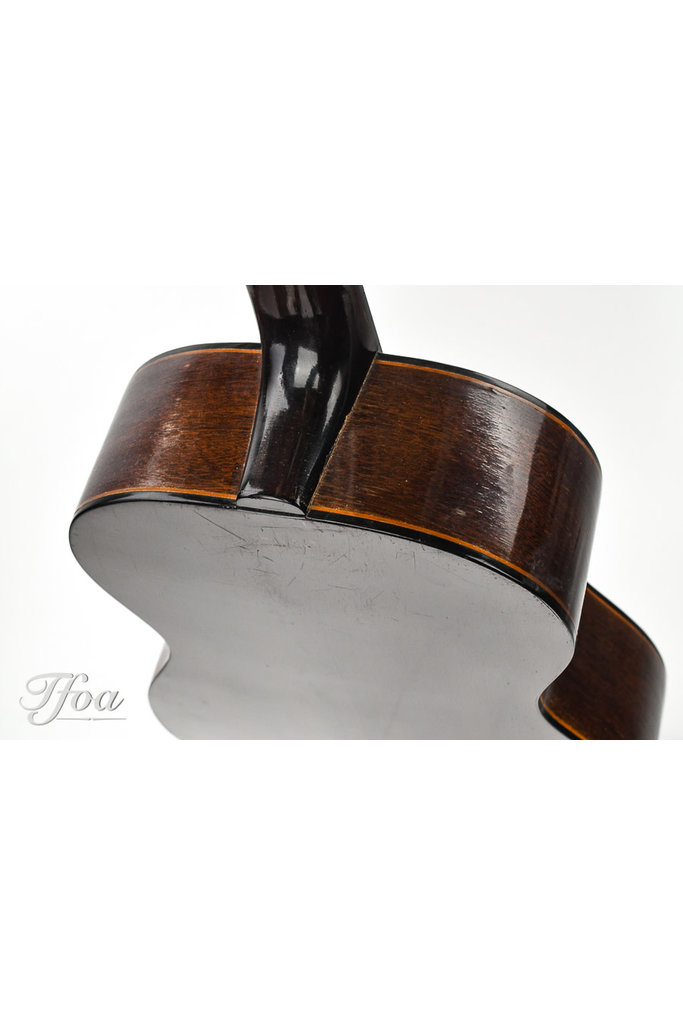 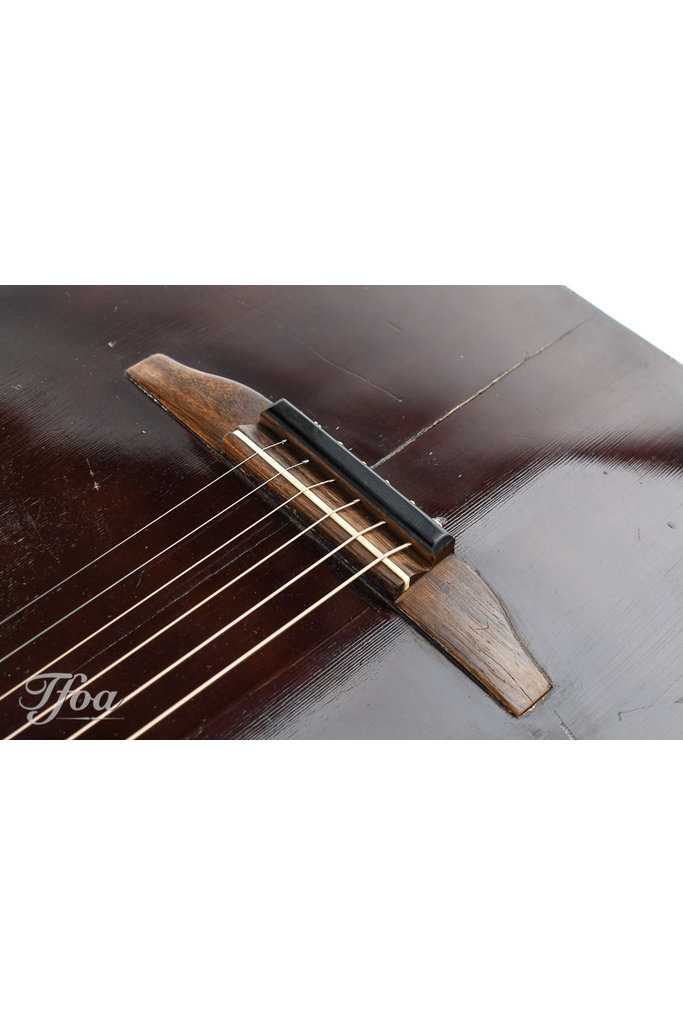 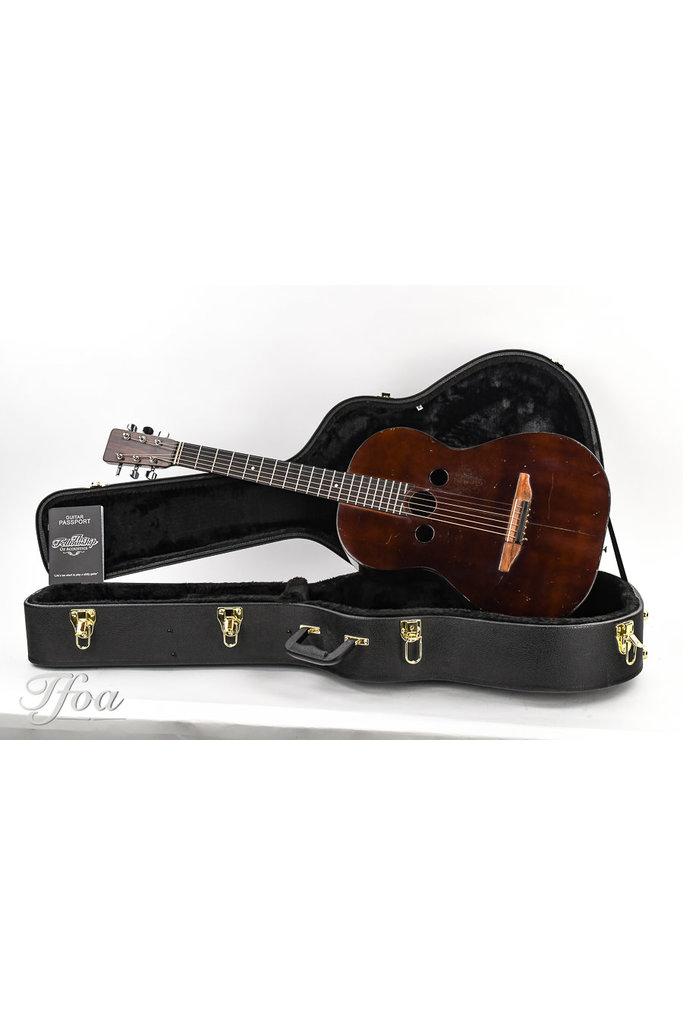 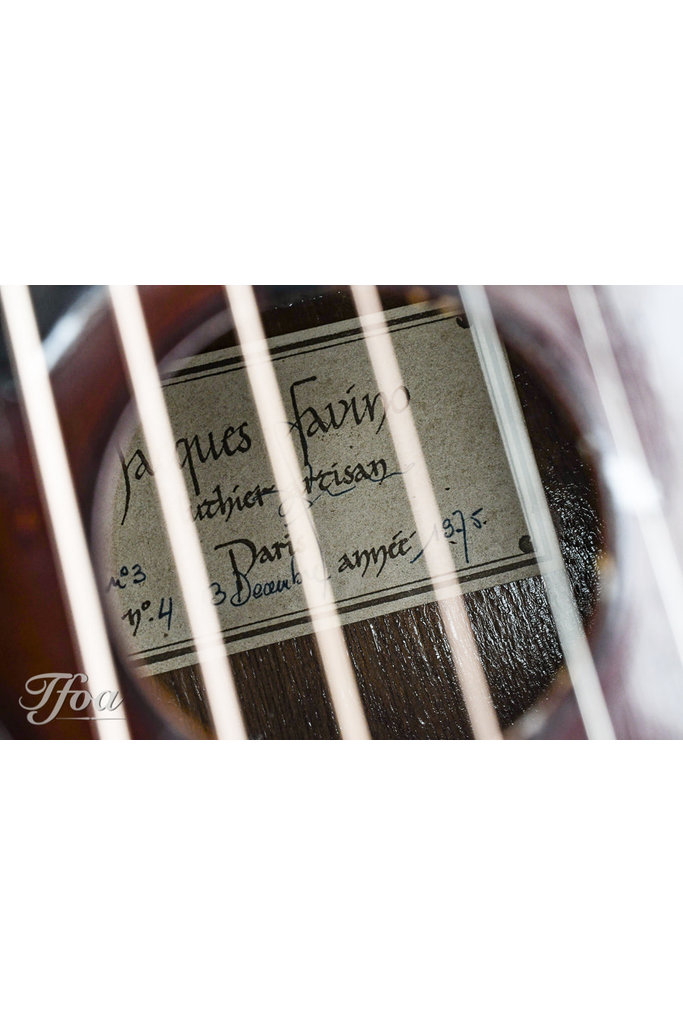 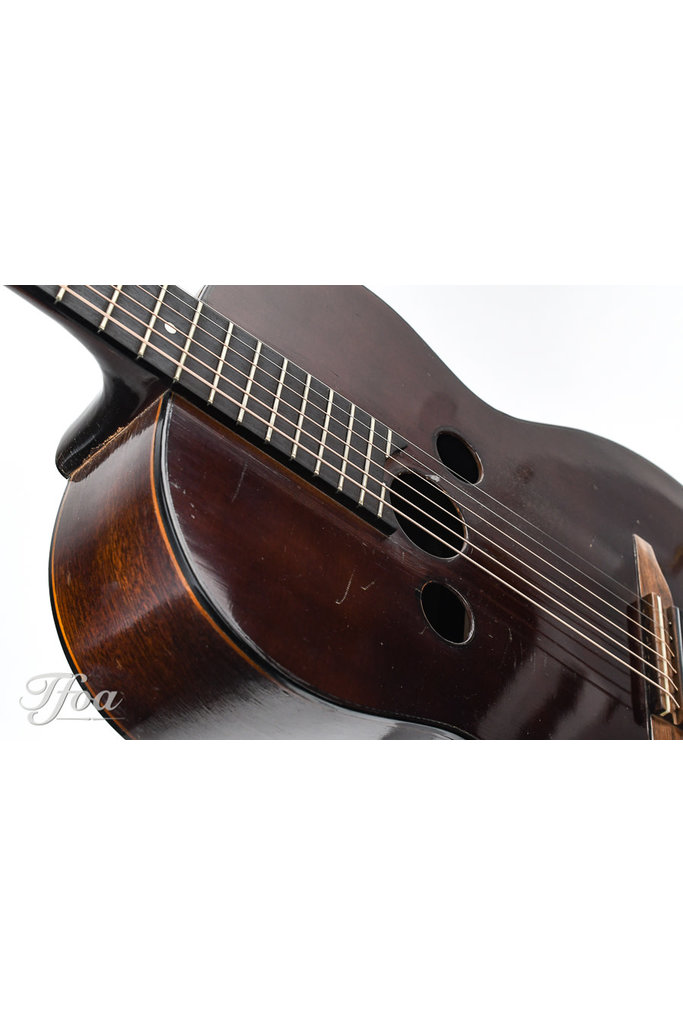 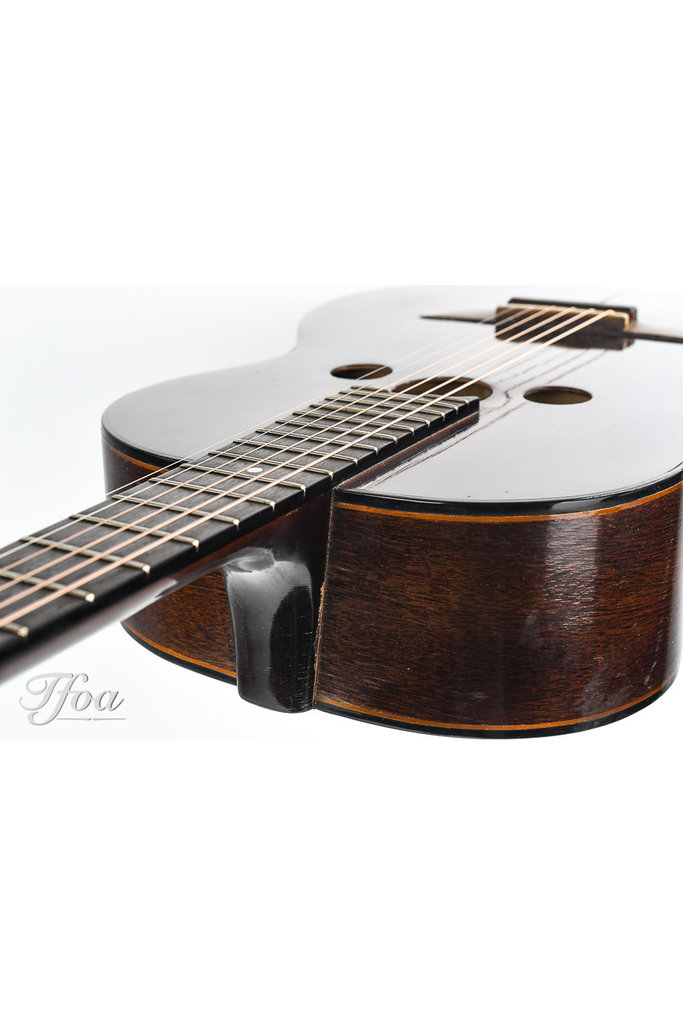 A rare, not often seen early example of a Jacques Pierre Favino Trois Rosaces built in 1975 in fair condition. The guitar is obviously named after it's three soundholes with three rosettes (Trois Rosaces), an eye catching feature which gives this guitar a unique visual and tonal character. This guitar model can still be ordered from the Favino workshop today, but it's not often you come across an early example like this one.

Jacques Favino was born early July 1920 in Piemont, North-Italy. He and his family moved to Paris in 1923. Jacques served his apprenticeship at Busato guitars in Paris. Jacques started the Favino workshop in 1946, he made his first guitar in the early 50's. This guitar is a special one since only a handful of these were made. The guitar features Mahogany back and sides, a spruce top with Bordeaux Red finish, three soundholes (trois Rosaces), short scale length of 25", maple/rosewood neck with black finish, ebony fretboard with dot inlay and flat radius, rosewood headstock overlay, rosewood bridge and Schaller tuners. The guitar has an, a-typical for Favino, unique folky sound, with smooth round basses a very balanced mid end and a rich high end. Condition is Fair with some finish checking on the neck, body a centre seam repair, and expected signs of use for its age. The neck has been fitted with newer frets, playability is reasonably good but we advice a neck reset for an optimal setup. Included is a newer hardshell case. Consignment. 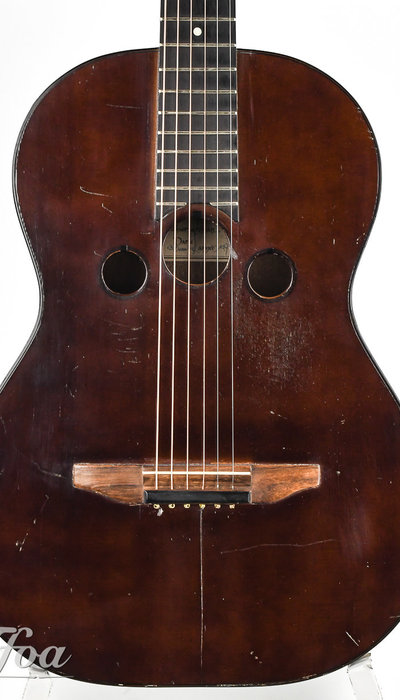