We’ve had some guitars from Dion James in our shop during the Boutique Guitarshow enTour  and we are proud that we now have a collaboration with this unique Canadian luthier.

From his small shop in Edmonton, Dion makes magical acoustic guitars in a very, very unique way. Even though it might not show immediately, because Dion Guitars are very understated in their looks, Really beautifully modest. Dion is clearly a luthier who lets the wood speak more than the decoration of a guitar, because the tonewood he chooses always looks dazzlingly beautiful. Whether it is mahogany, maple or the much rarer 'ironwood', the figuring in the wood itself is already a work of art in itself.

Dion Guitars offers players much more than just understated outer beauty. Under the hood lies the real ingenuity of his guitars. That starts with the back of the body that that is made from four wafer-thin layers of excellent tonewood that are glued against the grain, with a uniquely designed, partly hollow, layer of Nomex in between. For the side, Dion uses a similar, but slightly modified technique. That makes the guitars feather-light, responsive and this works like a super amplifier. Dion's guitars have a modest size, but always sound huge because of this clever technique. 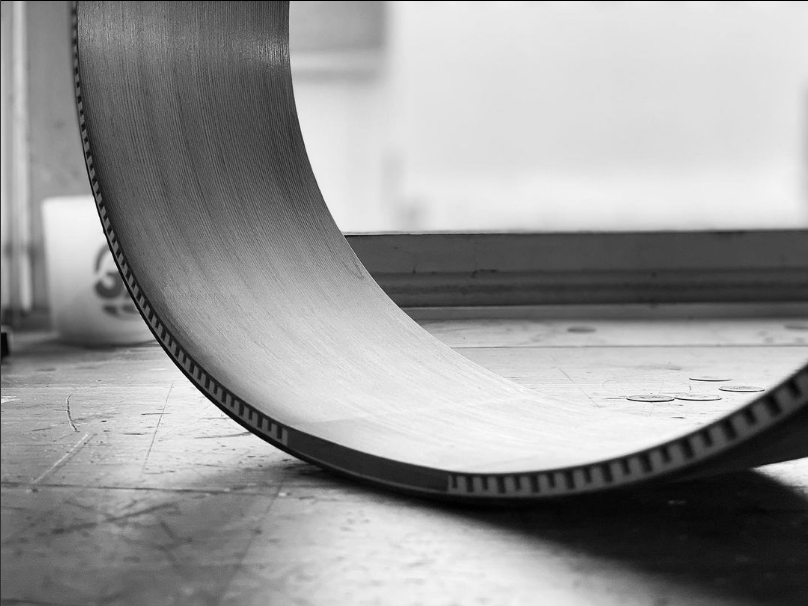 For the ultimate ease of playing and extra durability, Dion guitars feature carbon neck reinforcement and a dual action trussrod. That makes adjusting the guitars child's play. Add to that a tightly mounted and easily adjustable bolt on neck and you know Dion's guitars are responsive, durable and easy to repair. In short: a unique instrument for life and long after! 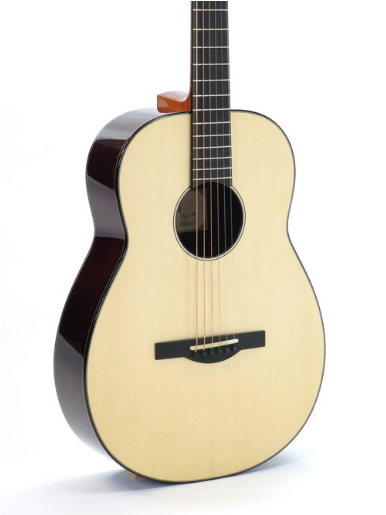 Number 3 could be compared to... ehrm... well what, really? It is somewhat similar, but then again, very unique model. That starts with the neck that does not connect to the body at the 12th or the 14th  fret but at the 13th. The size of the body resembles a 00 model, but is a lot wider at the hips, the depth also deviates, the scale length is slightly different. In short, a unique, small guitar with a sound that just blows you away. 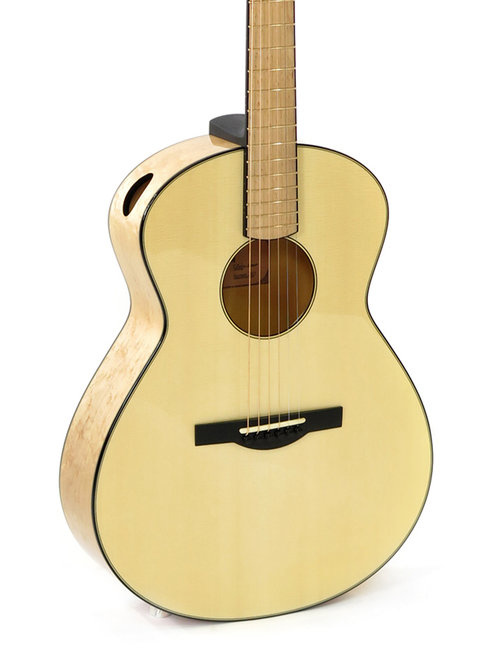 Dion number 4 is slightly larger, resembles an OM or 000 model, but also deviates from that on many points. Like an added sound port for that unique stereo effect, slightly wider shoulders, ever so slightly deeper and, ah well, let’s forget about the inches and millimeter: that sound!

Dion James = Dion Guitars and that means that he is the only one who makes these guitars that have already found their way to many enthusiasts and connoisseurs. Dion Guitars are very rare and hard to get on this side of the Atlantic. Until now! Because thanks to our unique collaboration, we try to have a Dion Guitar in stock as often as we can. Even more interesting is the possibility to have a Custom Dion Guitar built to your own wishes through our Dream Guitar Program. The number of building slots that we have been able to obtain is very limited, but please feel free to contact  us to hear more about the possibilities.