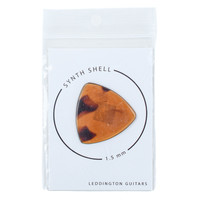 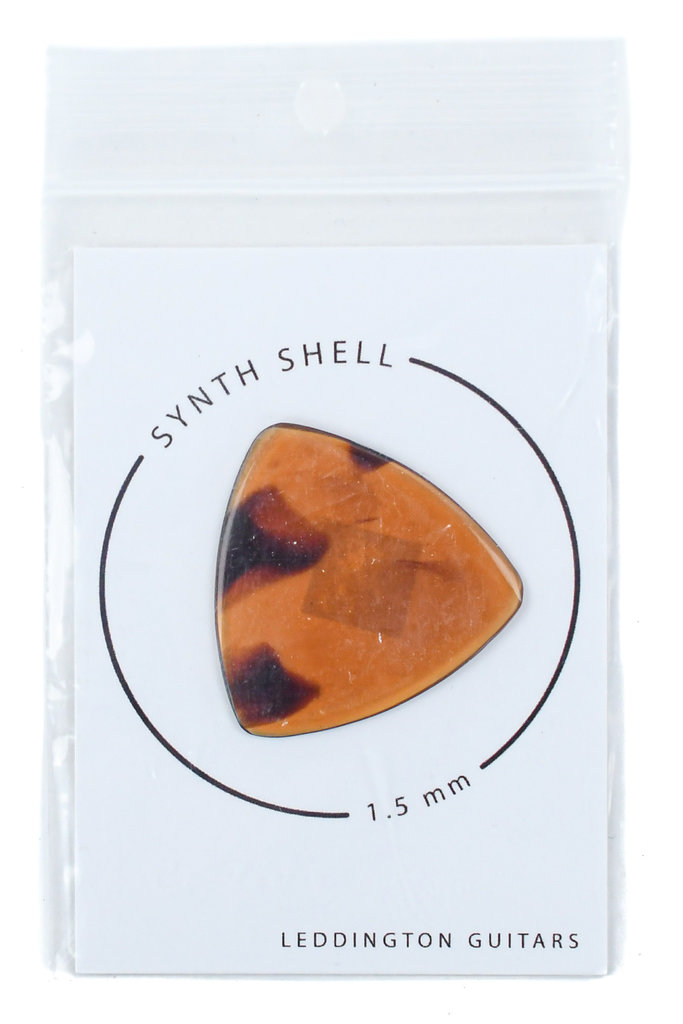 €27,95
Product Status
New
New products delivered from authorized suppliers and with full original warranty by the manufacturer. In addition, TFOA offers an extension of the warranty up to 5 years unless the manufacturer uses a longer warranty period. Delivered as much as possible in the original box but to relieve the environment we also use other boxes.
Prices are incl. 21% VAT.
Whilst these picks may look and feel like genuine tortoiseshell, they are in fact handmade from a synthetic material known as casein.
Meer informatie en specificaties
Out of stock

Noted for its warm, soft and yet glassy tones, tortoiseshell was a highly desired material in the manufacture of guitar picks. However, due to its popularity in other more exhaustive industries, the Hawksbill Turtle, the species from which tortoiseshell products were made, was brought to the brink of extinction until a worldwide ban was rightly enacted in 1973.

Whilst these picks may look and feel like genuine tortoiseshell, they are in fact handmade from a synthetic material known as casein (also known as galalith or milk-stone), an early plastic derived from proteins found in milk.

Much research and testing has been done in the developing of this product and you can rest assured that nothing comes as close to replicating the organic look, feel and tone of real tortoiseshell. 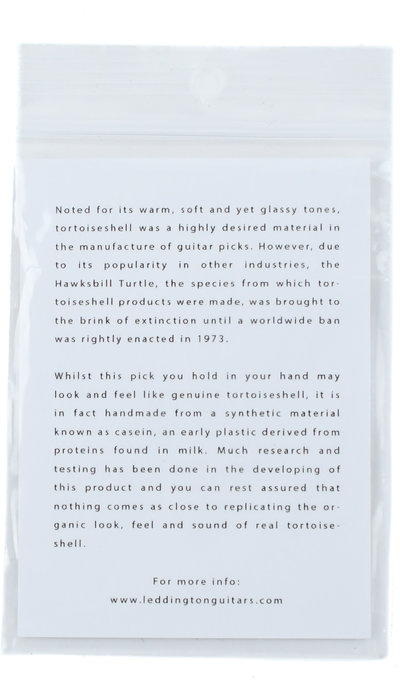