What is the scale length of a guitar?

But, hang on? How do they measure that with an electric guitar, because the bridge is usually adjusted per string so they have different measurements. 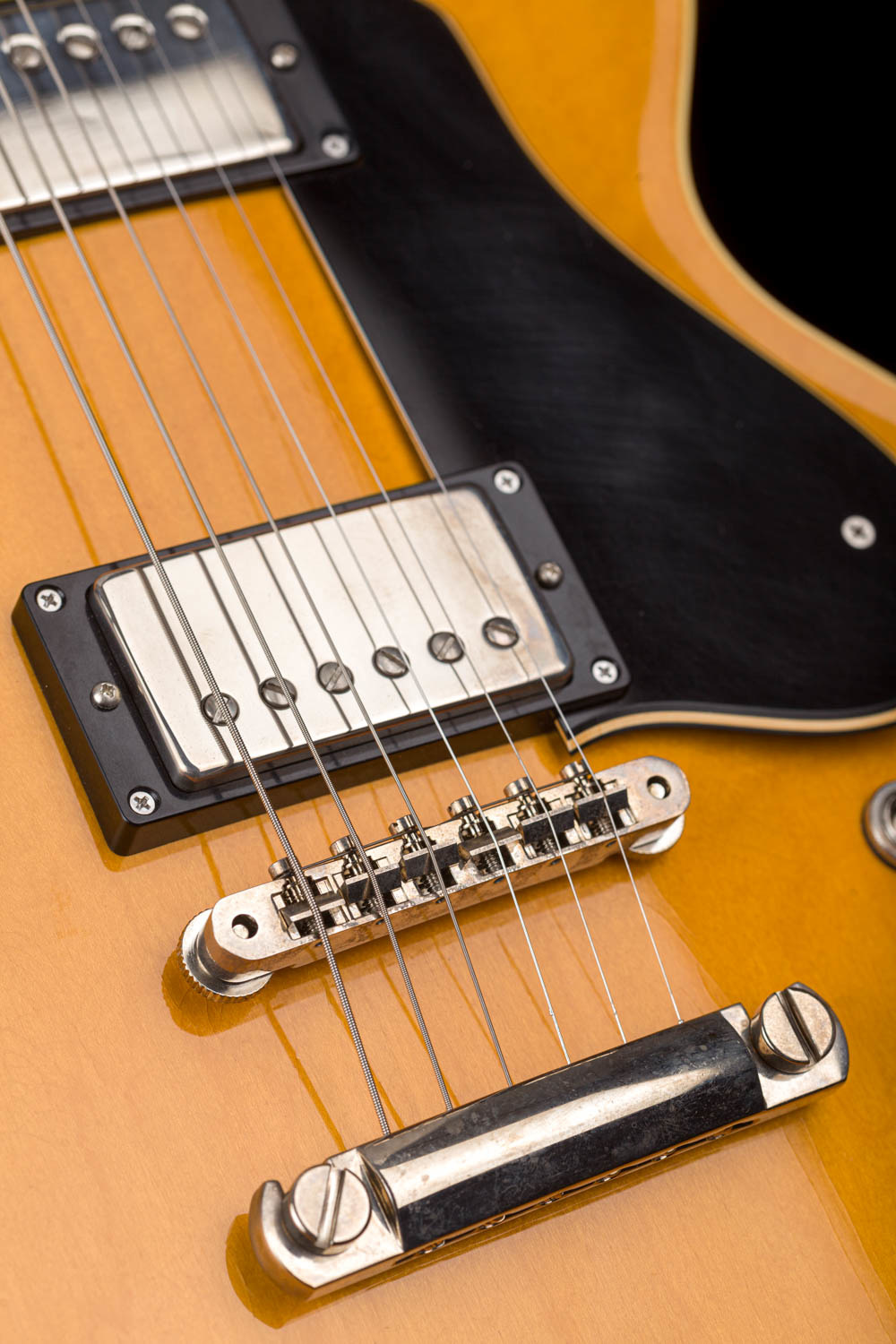 In order to avoid confusion to determine the scale length, the string is measured from the nut to the 12th  fret, which is a straight line and than you multiply that by two to get the scale length.

What is the difference between a short scale and a full scale guitar?

You can make a rough division between 'short scale' and 'full (or long) scale' guitars and than there are a lot of varieties.

A full scale guitar is pretty much the gold standard that can be found on a Fender Strat or Telecaster, on a Martin Dreadnought or OM and many other guitars and has a length of 25.5 inches (65 centimeters)

Because most major luthiers are in the US, scale length is often indicated in inches, but with European or Spanish/classical builders you will also see it in centimeters or millimeters. A 'senorita' or 7/8 model for instance is best compared to a short scale.

In addition, there are many varieties available that offer an extra short scale length, such as the popular Wee Lowden and Sheeran guitars with a scale length of 24 inches.

There are also guitars with an extra long scale, such as the baritone guitars, where the strings can be more than 10 centimeters longer compared to a standard guitar.

Bass guitars (usually) have a scale length of 34 inches: a little over 86 centimeters.

Here is an overview of common acoustic and electric guitars with their scale length in inches and centimeters.

What is a multiscale guitar?

A multiscale guitar is also called fan fretted, because the frets are not straight, but at an angle on the neck. That's because the thicker strings on these guitars are longer than the thin ones. This way you make the low notes even lower and the high notes higher and that gives guitar players a totally different way of expression themselves. Many metal guitarists have already discovered this, but on an acoustic guitar this really provides a unique experience and sound.

What is the best scale length for my guitar?

The best scale length does not exist, because it is very, very personal. But there are a number of things to consider when choosing the best scale length for your guitar. First: the feeling! Because the length of the strings determines how much tension is on them. The longer the string, the more tension. Some players like a full scale guitar for playing chords, strumming cowboy cords, but also beautiful, clear jazz-runs.

Other players are looking for an easier way to bend strings and that is where a short scale can really help, because there is less tension on the strings. Other players prefer a shorter neck, because the frets are slightly closer together and that comes in handy with some solos or if you have slightly smaller hands. And then there are players that appreciate a little more surface area as some extra workspace and will be tempted by a full scale guitar.

A few millimeters difference in scale length can give you a completely different feeling, but there are also guitarists who almost effortlessly switch from a full scale Stratocaster to a short scale Les Paul, because that just suits that one song or that specific guitar part. It is really different for everyone and therefore it is good to know that the list above far from complete. Many luthiers (including Taylor and PRS) also make intermediate sizes that are just a little longer or shorter and may give you that ultimate guitar feeling.

Another reason to look at the scale length is the sound of the guitar. Opinions are somewhat divided about volume: one says that full length guitars  produce a louder sound, but that does not necessarily have to be the case. That increase in volume can also be caused by a different construction of the body.  Longer strings do provide more bass notes and will give a different 'balance' in your guitartone.

You can clearly hear that in the deeper sounding baritone guitars with a longer scale length. What tone suits you best  is a matter of trying out different guitars and that is always possible in our store in Dedemsvaart because there, in addition to 800 guitars, the full scale coffee and the short scale espresso are ready! Our Fellows are happy to help!