It was supposed to become the ultimate acoustic guitar that would blow all competition away. But in the end only 300 were made...

In the 1930s, Martin&Co hit a sweet spot in their history, because the builders from Nazareth, Pennsylvania had succeeded in creating a new model that everyone wanted: the dreadnought. At the time guitars were smaller, which was fine, but playing in a group with a banjo and a violin a lot of that guitar sound got lost. Amplifiers did not exist , so they came up with something else: a bigger and deeper body than usual, with a slightly longer neck. With that, Martin made guitar history because to this day the dreadnought is the most popular acoustic guitar  model. Why? They are the ultimate all-rounders. Both strumming and bluegrass sound fantastic, fingerpicking works fine and whatever you play is at a volume which allows you to compete with a banjo and a violin.

Thanks to a beautiful herringbone finish, Martin made those dreadnoughts look beautiful. Who wouldn't want that? 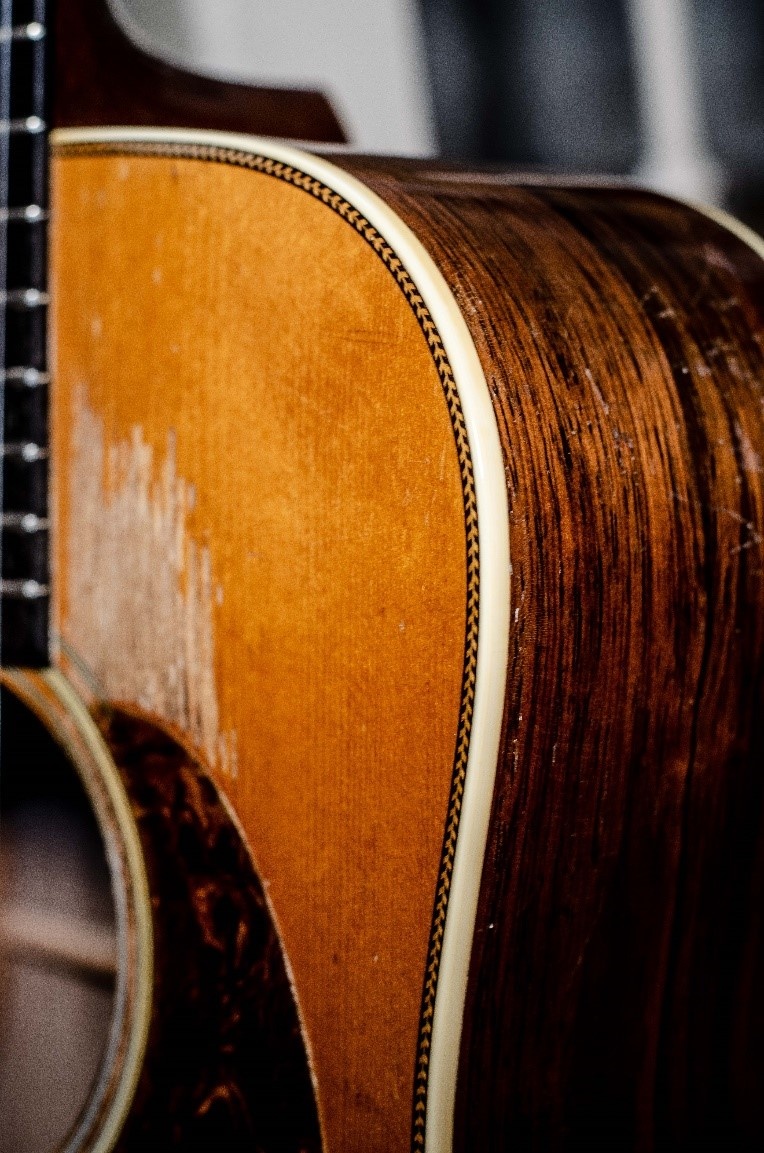 Meanwhile, at Gibson's headquarters, they started to worry.  Of course they made great guitars which even today are collectors’ items. Like that awesome  L00. Sales were ok, but dreadnoughts  gained more and more  popularity.

So in order to take on Martin's battleship, Gibson needed something better. Something bigger! It became the  J-35. That J stands for Jumbo and 35 for the price: $35. With these 'banner'’  guitars Gibson chose a clear course: no fancy guitars with lots of decoration, but  simple workhorses  that offered a lot of value for money, although the quality was sometimes somewhat erratic. To hit Martin really hard something more was needed. Something even bigger, something advanced, simply put: 'the guitar to end all guitars'.

It became the Advanced Jumbo. A new guitar model with a slightly longer neck, a slightly larger body, with a very articulate adirondack top, a body of  mostly  Brazilian rosewood,  bold mother-of-pearl inlays in the neck and a sunburst that brings a setting sun into your home any time of the day. And all for $80; $20 less than a Martin at the time.

This sublime, competitively priced cannon was supposed to quickly send that guitar with that  herringbone into oblivion:  the  Bone Crusher was born. 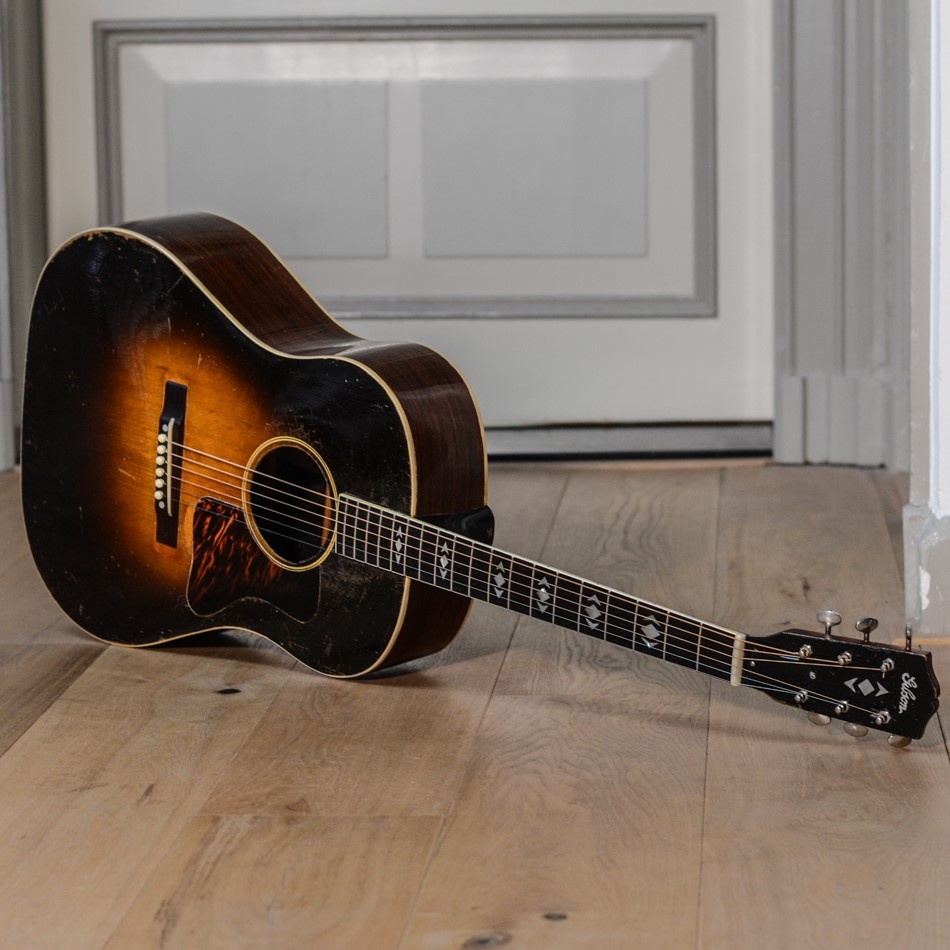 But things turned out slightly different. Between 1936 and 1939, only 300 original  AJ’s were made. Not because theye were bad guitars, not at all. But they were still quite expensive, people were still suffering from the great depression and  war was coming. Resources were scarce, the market was small and Gibson continued to innovate. As a result the AJ was  succeeded from 1939 by the Jumbo-100  and the Super Jumbo 200: models that to this day stand their ground, thanks to a their completely unique character.

As a result the AJ fell into oblivion in the 1940s and 1950s and was rediscovered years later as something very special. That is why some they can only be found in some studio’s, Mark Knopfler has one in his collection. And ever so rarely we manage to get one.

Is the Gibson Bone  Crusher really better than a Martin?

In the years since, there has always been a healthy competition between Gibson and Martin and to this day they try to outdo each other. Sometimes by developing completely new models, but more often by dipping into their very rich history. As a result, the 'Bone  Crusher' has seen more itterations an has become a name for all Gibson models that are supposedly ‘better' than a Martin. For example,  the J-60 was later also called 'Bone Crusher'.

The winner of this ongoing battle between Martin and Gibson is not in Nazareth or Montana. The real winner sits at home on the sofa, because of that rivalry both the builders make great guitars with a distinct character shaped by that rich history and a voice of their own. We are happy to sell both brands.

Fortunately, even in these times, we manage to keep both new Gibson and Martin guitars in stock. And we regularly get very beautiful vintage guitars from both builders, which usually find a new owner very quickly. So keep an eye on our Facebook and Instagram pages for the latest news and make sure you don’t miss a thing!

Do you want to plays  on an old or new Herringbone or a Bone Crusher? Feel free to visit our shop Dedemsvaart.