There are roughly two ways to attach a guitar neck to the body:

1: You can slide it into the body with a dovetail. The connection is then 'wood on wood'. 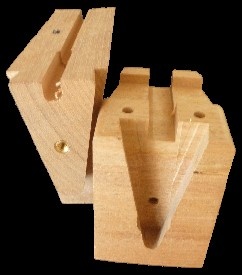 2: You can tighten the neck to the body with one or more screws (bolt on). That's how you get 'wood on wood + metal' 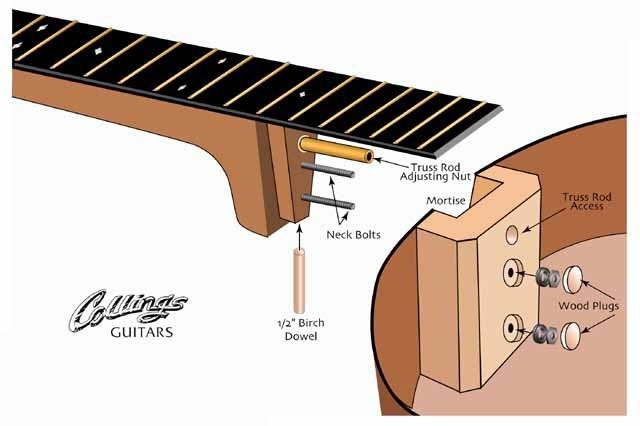 The question which one is better has been a source for heated debates for years, the results of which we saw best summarized on an internet forum with words like:

In short: one technique is not necessarily better or worse than the other, it has much more to do with personal preferences. And resources. That's why we list the most important differences.

Martin is by far the most famous guitar builder that prefers 'dovetail neck joints' because according to this popular builder, it makes an acoustic guitar sound better.  Are you looking for a traditional sound with a bit more umpf, a bark and a  bite? Nice and dark and earthy? According to some, you only get that with a  dovetail connection between the wood of the neck and the wood of the body.

Just look at this Martin video:

Other top builders such as Santa Cruz  and  Larrivee  also love the dovetail.

But why a dovetail is supposed to sound better, is not exactly clear. Some attribute it to the fact that more wood from the neck comes into direct and glued contact with the wood of the body. That would, in theory, create different and/or more resonance. But this can also be the case, because more or a certain type of glue is used.

There are also disadvantages to a dovetail. In the long run, a guitar neck can start to work in relation to the body, resulting in a less than ideal angle. Your guitar will become less playable and the intonation deteriorates.  That can be solved with a neck reset, but that's a tricky job with a glued on neck. For a professional guitar builder this should not be a problem, but it takes some time. Also  making a guitar with dovetail connection is somewhat more labor intensive and therefore often more expensive.

Martin did come up with an alternative called a simple dovetail. It is not made by hand, but computer-controlled and machine-driven, so this  dovetail technique and the accompanying sound can now also be found in their affordable 15 and performing artist series.

These brands make more modern-sounding guitars than a classic Martin. But is it because of the way the neck is attached to the body? Maybe, but it's not entirely certain. Collings and Atkin, for example, make fantastic and traditional sounding guitars with... a bolt on neck. According to these luthiers for more stability and more control over the quality of the instruments. A neck reset, if ever needed, is a lot easier.

So you can opt for a very traditional sounding guitar with a bolt on neck. The exact opposite is also possible, with something like a Lowden. These guitars are from Ireland, with a unique  European  sound, completely different from Martin, tends more towards modern than traditional. Made with... a dovetail.

So don't just look at how a guitar is technically put together, that's really just part of the story and seems to be more important to the builders and the manufacturing process. Wood types, wood selection, dimensions  and the hand of the builder all leave a mark on the sound of any acoustic guitar.

That's why you have to play and listen as much as possible and you'll  discover what's best : bolt on or dovetail. If you hear any difference, because maybe you'd just rather eat apple pie. Pie is not  always available in our store in Dedemsvaart, but coffee is…and lots and lots of guitars.