When you think of an electric guitar, you think of a Fender Stratocaster. Because since the introduction of this solid body guitar in 1954, this invention by Leo Fender has grown into an often imitated, but rarely matched icon. 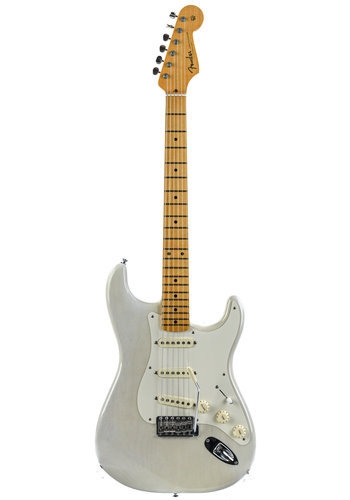 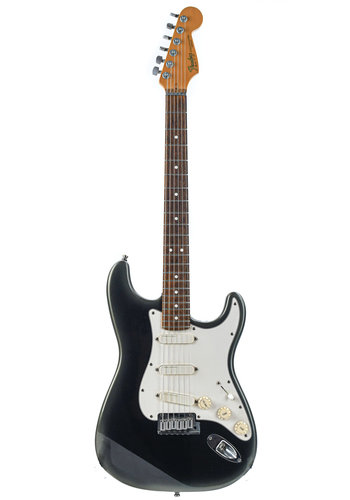 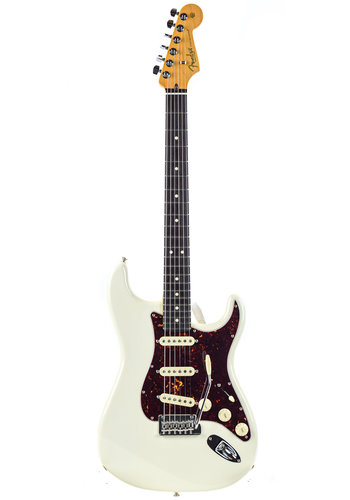 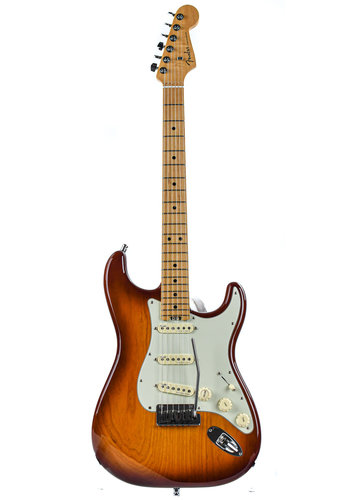 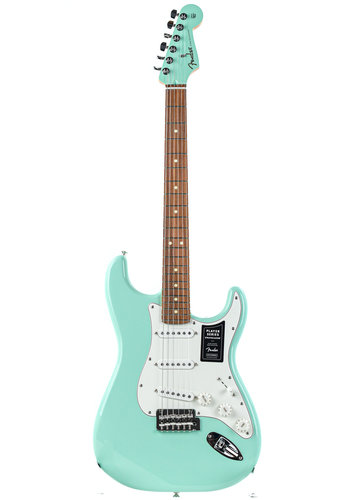 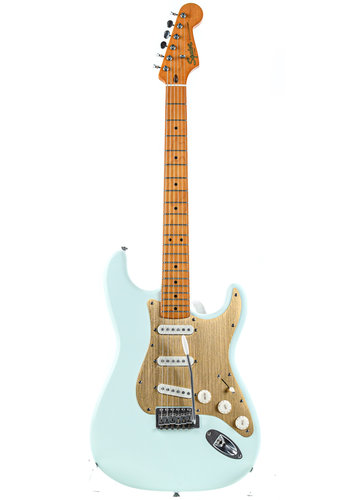 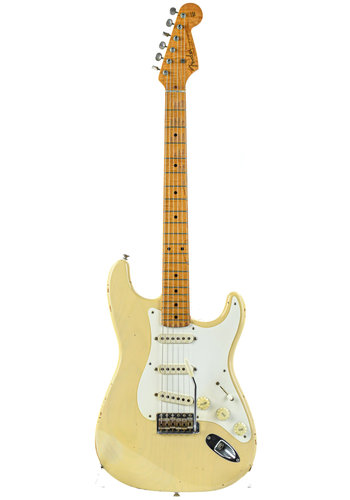 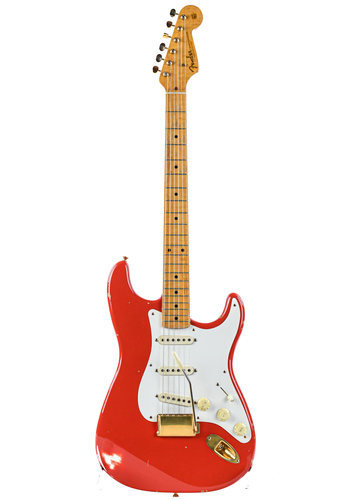 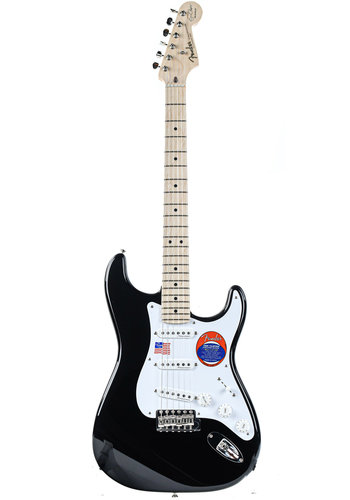 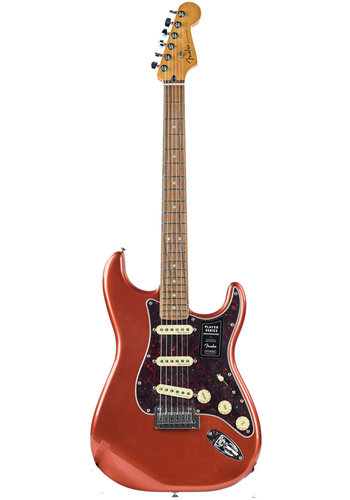 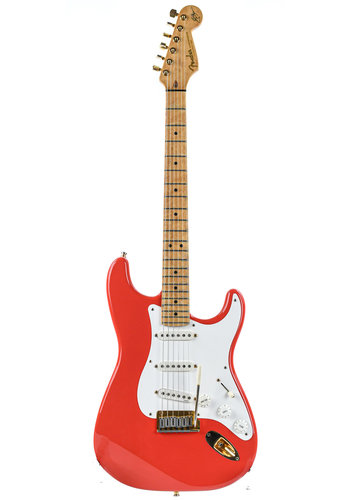 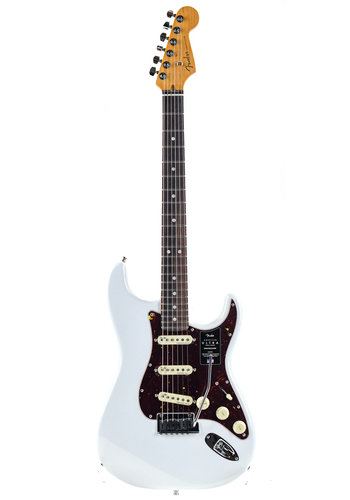 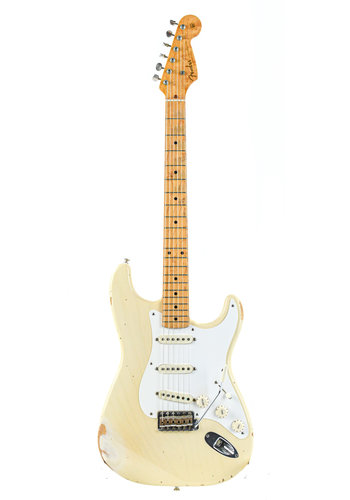 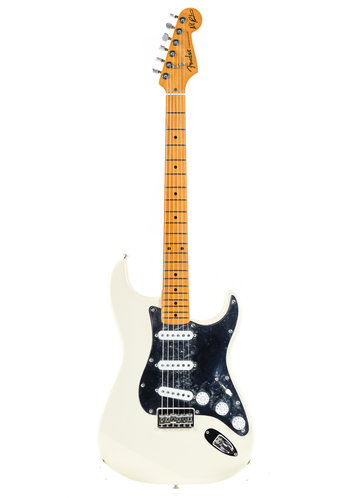 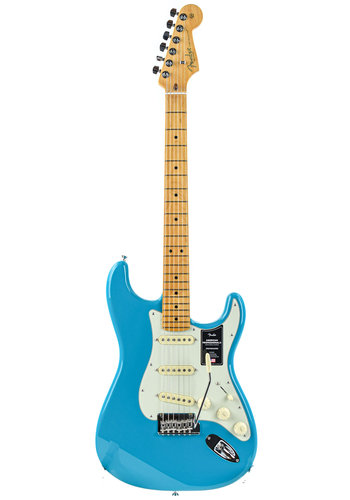 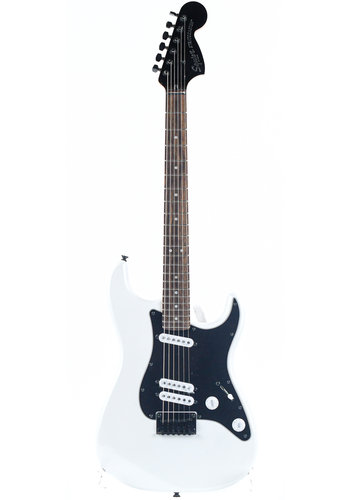 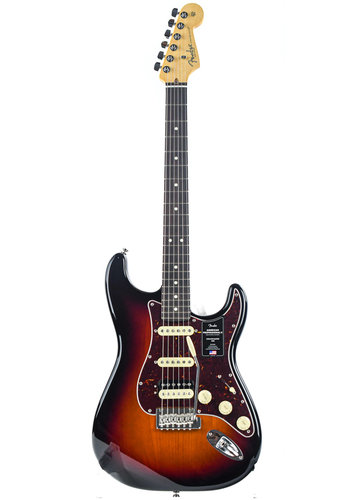 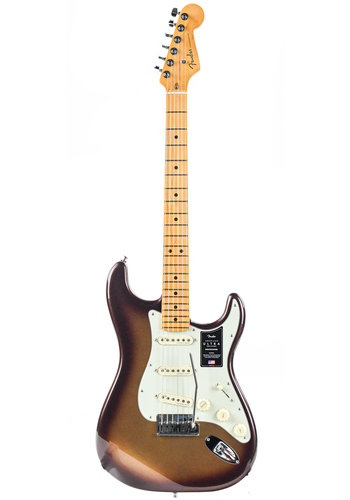 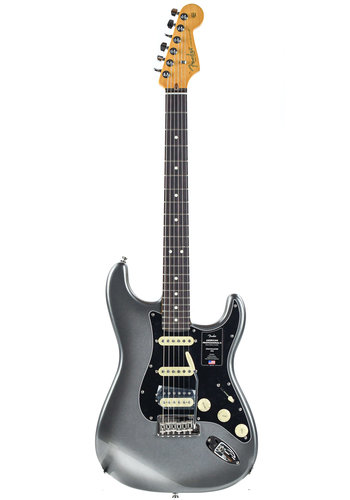 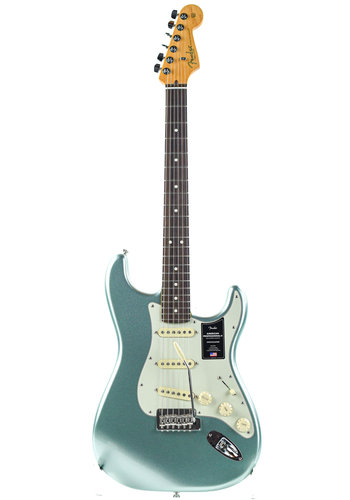 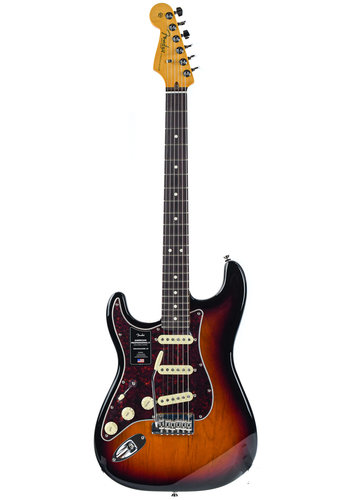 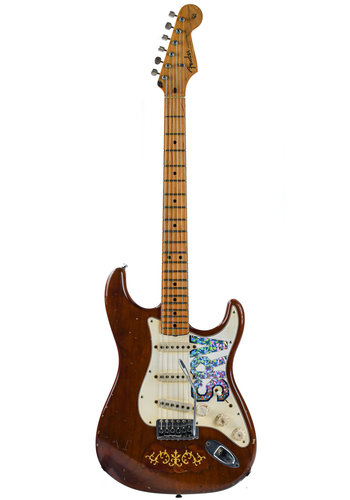 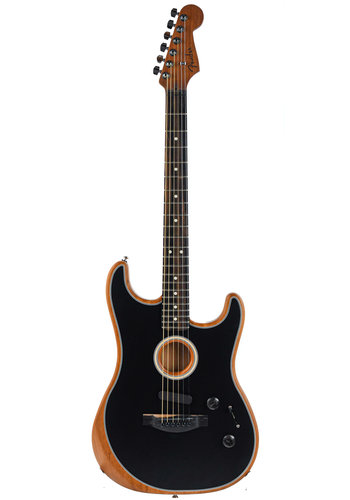 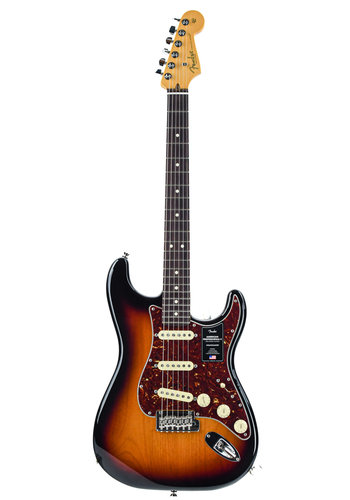 At The Fellowship of Acoustics we always have a wide range of new, second-hand, Custom Shop and vintage USA made Stratocasters available.

From joke to icon

Leo Fender had already made guitar history with his Telecaster, but together with his comrades George Fullerton, Bill Carson and Freddie Tavares he wanted to make something even better. According to some, the shape of the Telecaster was a bit too sharp around the edges and the sound sometimes just a bit too harsh. Perfect for country, but also a bit limited. What if there was one electric guitar that you could play everything on, combined with ultimate playing comfort?

This idea was and still is the basis of the Stratocaster, a kind of Swiss army knife that you can use in just about any way you want. This is partly due to the three single coil pick ups, the smart five-way switch, a volume control and two tone knobs. All this means that as a player you can combine almost endlessly and easily conjure up sounds that go from nasty to lovely and everything in between.

To top it off, there is also a solid tremolo system (vibrato) and with that clever little stick you can bend the tones nicely to make a guitar sing. Leo Fender had conceived the whole thing in such a way that he could produce it fairly simply, keeping in affordable and he and new owners could easily tinker with these guitars. Who wouldn't want that?

At first it seemed like Leo Fender made a terribly mistake, because in the mid-fifties guitarists saw all those innovations as a bad joke. Crazy buttons, a lot of plastic that was sometimes brittle, unusual colours and a weird shape. They would rather have a 'normal' hollowbody guitar. Despite the somewhat lukewarm response, Leo Fender calmly tinkered on and was lucky that Buddy Holly embraced his design. With an appearance on the Ed Sullivan Show, he gave the Fender Stratocaster just the push it needed. Hank Marvin of The Shadows saw that performance and immediately knew: I must have THAT guitar! Back then, the '60s had yet to begin, and it's fair to say that that decade would have sounded and perhaps even looked very different, without the Stratocaster.

Jimi Hendrix, Jeff Beck, Eric Clapton, David Gilmour and many other guitar gods determined the sound and thus the culture of that time with a Fender Stratocaster. Mark Knopfler followed, Steve Ray Vaughn and later Eddie van Halen converted his Stratocaster into a beast of a FrankenStrat. From juicy 50s tunes to shredding at 220 notes per second: you can do it all on a Fender Stratocaster.

That nice spanky sound of the Arctic Monkeys? Stratocaster!!

Who knows, someday soon we mighh add you to this list, because Strats are here to stay and be played!

Are you looking for a Fender Stratocaster? We have a very wide range of Strats for every budget and every playing style. Because in addition to the standard Fender line, we also have the affordable Squier by Fender in our guitar shop. Squier offers great Stratocasters with excellent value for money so they are not only suitable for beginners, but also perfect for anyone looking for a good backup Stratocaster, or just one 'on the side'.

The original Fender line of Stratocasters, starts with the Player series and is available in great colors including a beautiful sunburst. They have Alnico pickups in various configurations including one with a humbucker in the bridge position, making it a superstrat. And there's even more good news, because Player Stratocasters are available for both left- and right-handed guitarists!

Are you looking for a Sunburst Fender Stratocaster. Or one in Fiesta Red? Or a different color? Then you are always at the right place at The Fellowship of Acoustics. From Squier 's entry-level models, the affordable Made in Mexico Player Series, the Fender Ultra and Professional II Series, to fantastic Fender Custom Shop guitars, we've got them in stock.

Meanwhile, the Stratocaster has become such a household name that many luthiers offer very successful versions of Stratocasters. From the Netherlands, for example, Haar Guitars , Kauffmann and Rebel Relic, offer excellent built, reliced and priced Stratocasters. We also regularly have these interesting alternatives in our store in Dedemsvaart and of course in our webshop.